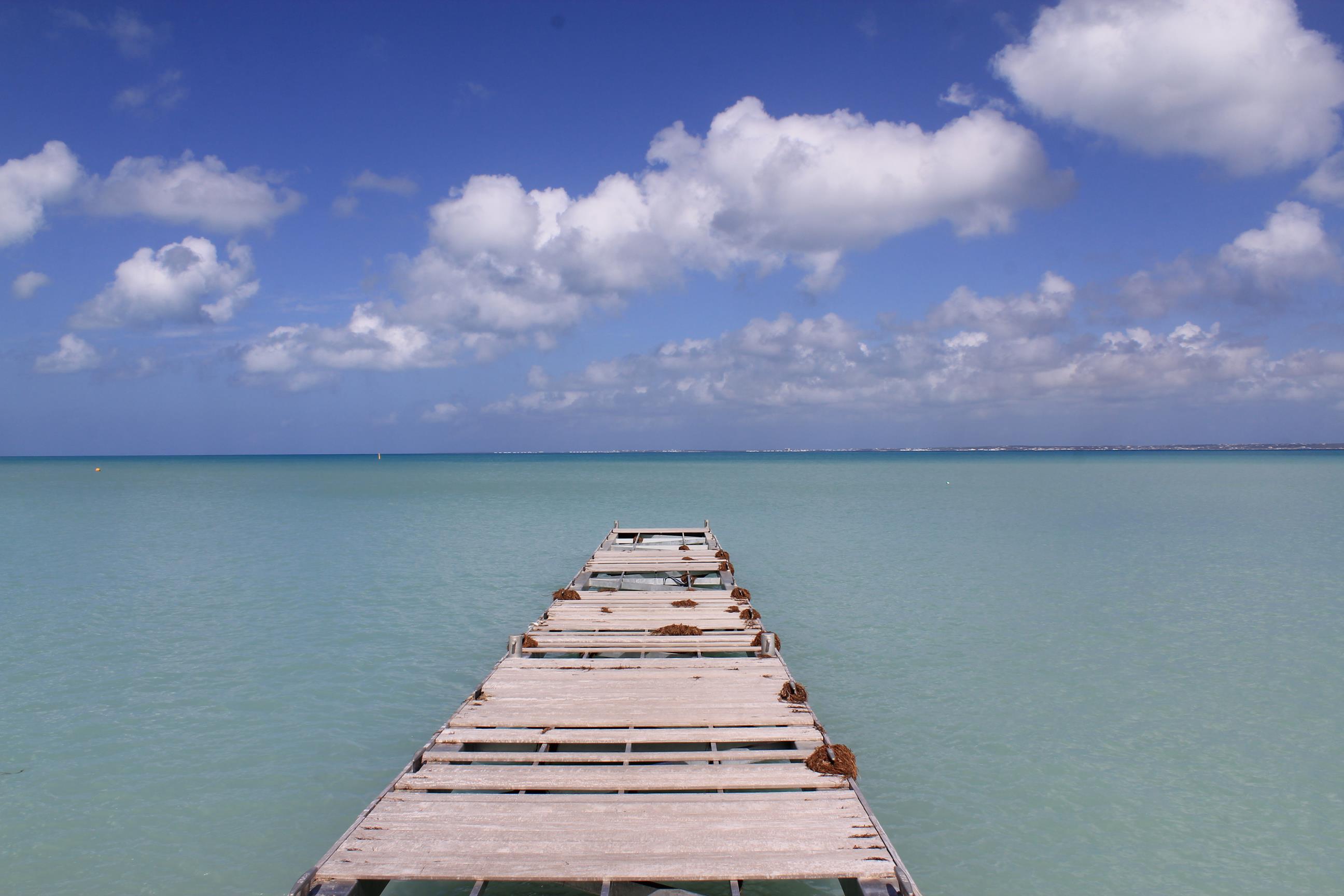 The last stop of our Caribbean cruise was Sint Maarten/ Saint Martin. The pronunciation changes, depending on which half of the island you are. After all, one side belongs to the French, while the other is Dutch. On the Dutch side, the sockets are American, on the French, they are European. In addition, the currents differ and you can pay with dollars or euros. 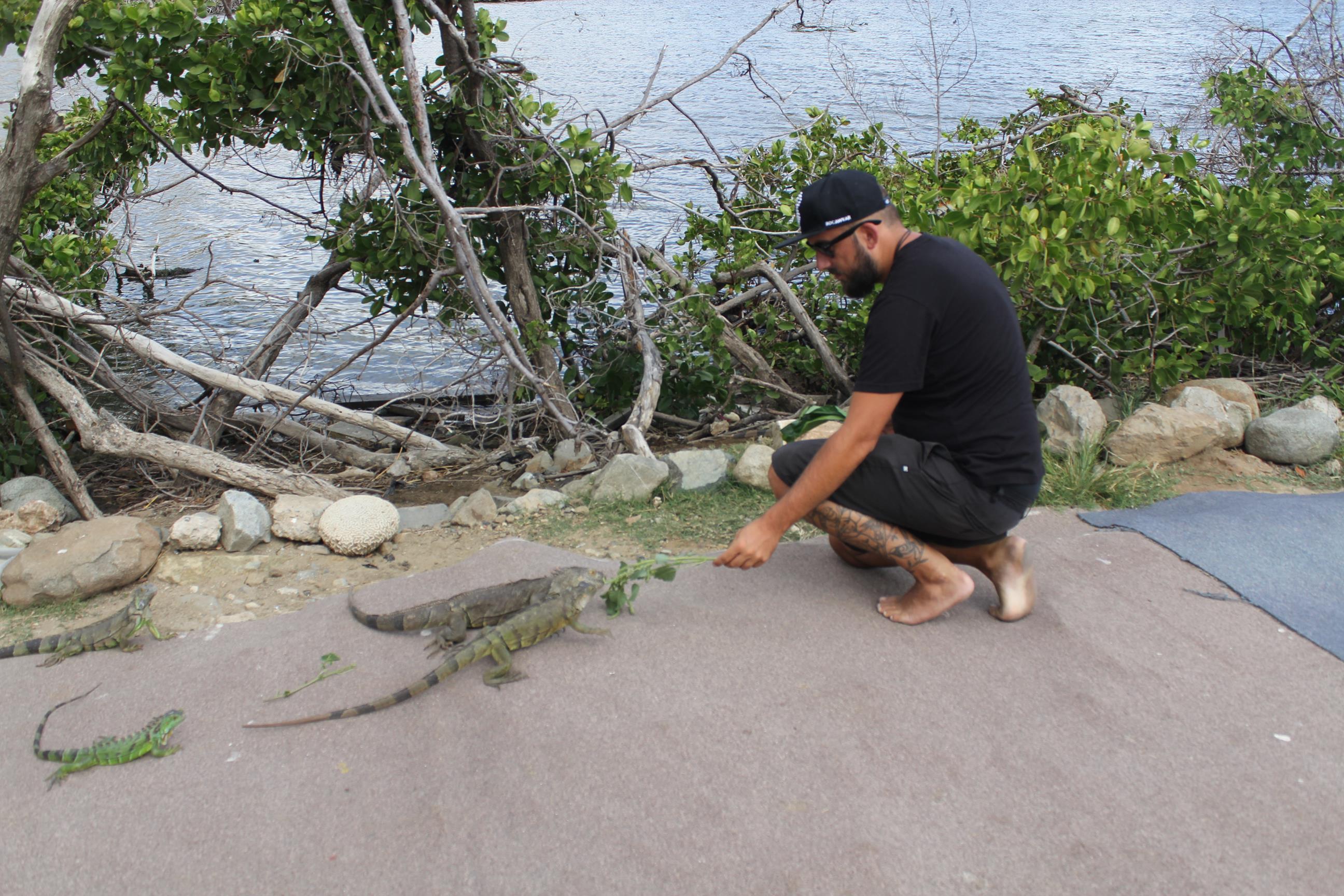 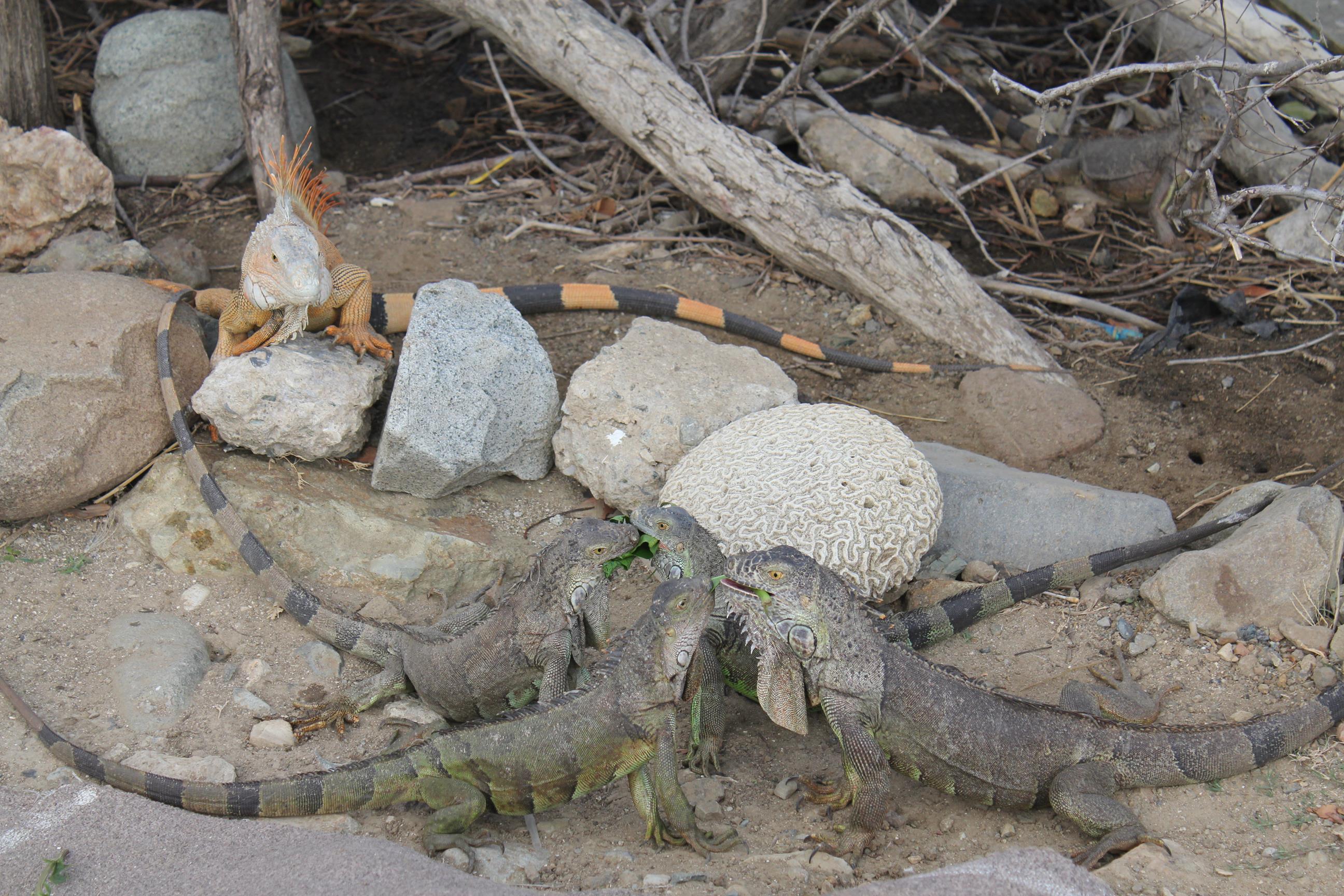 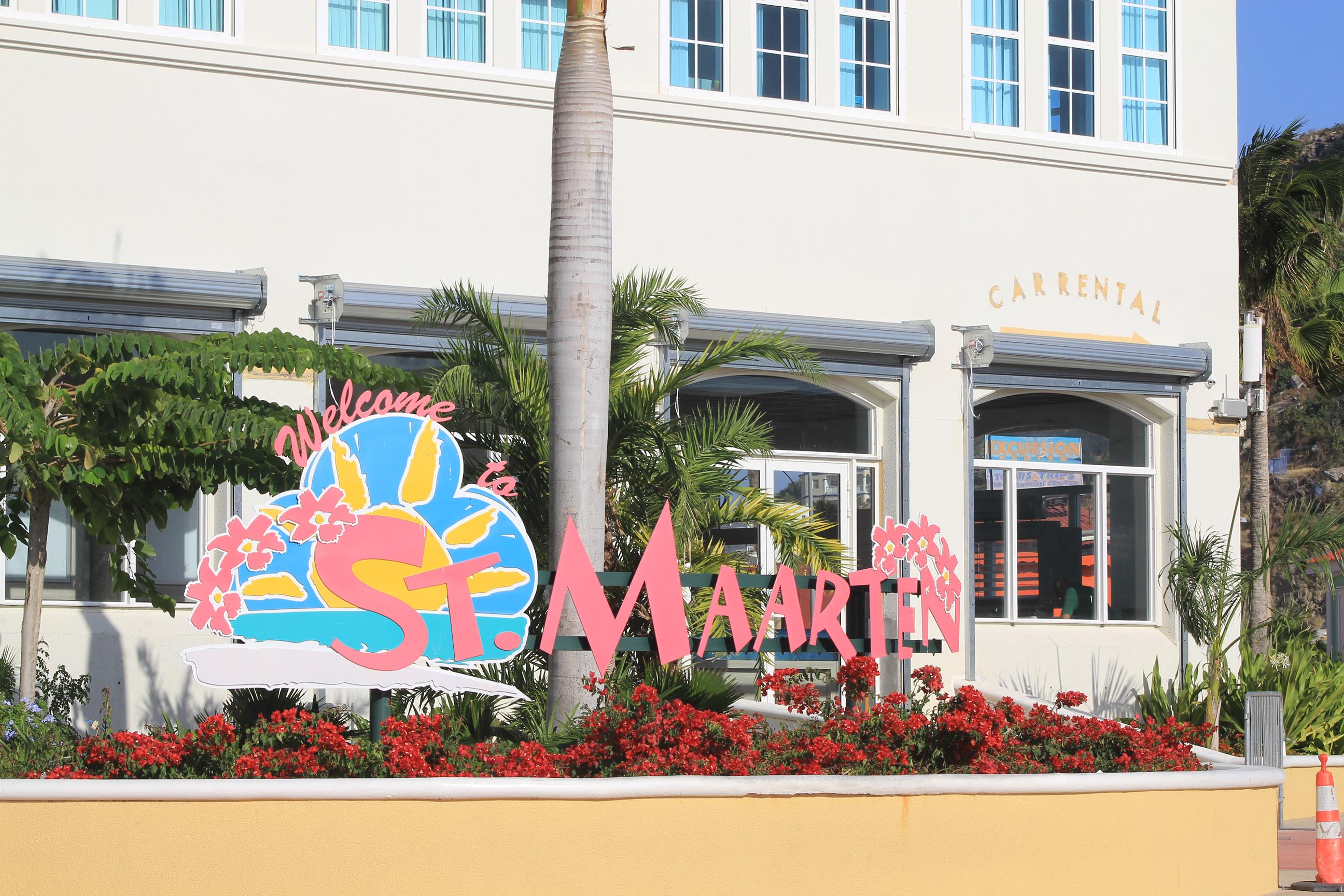 The prices on the island 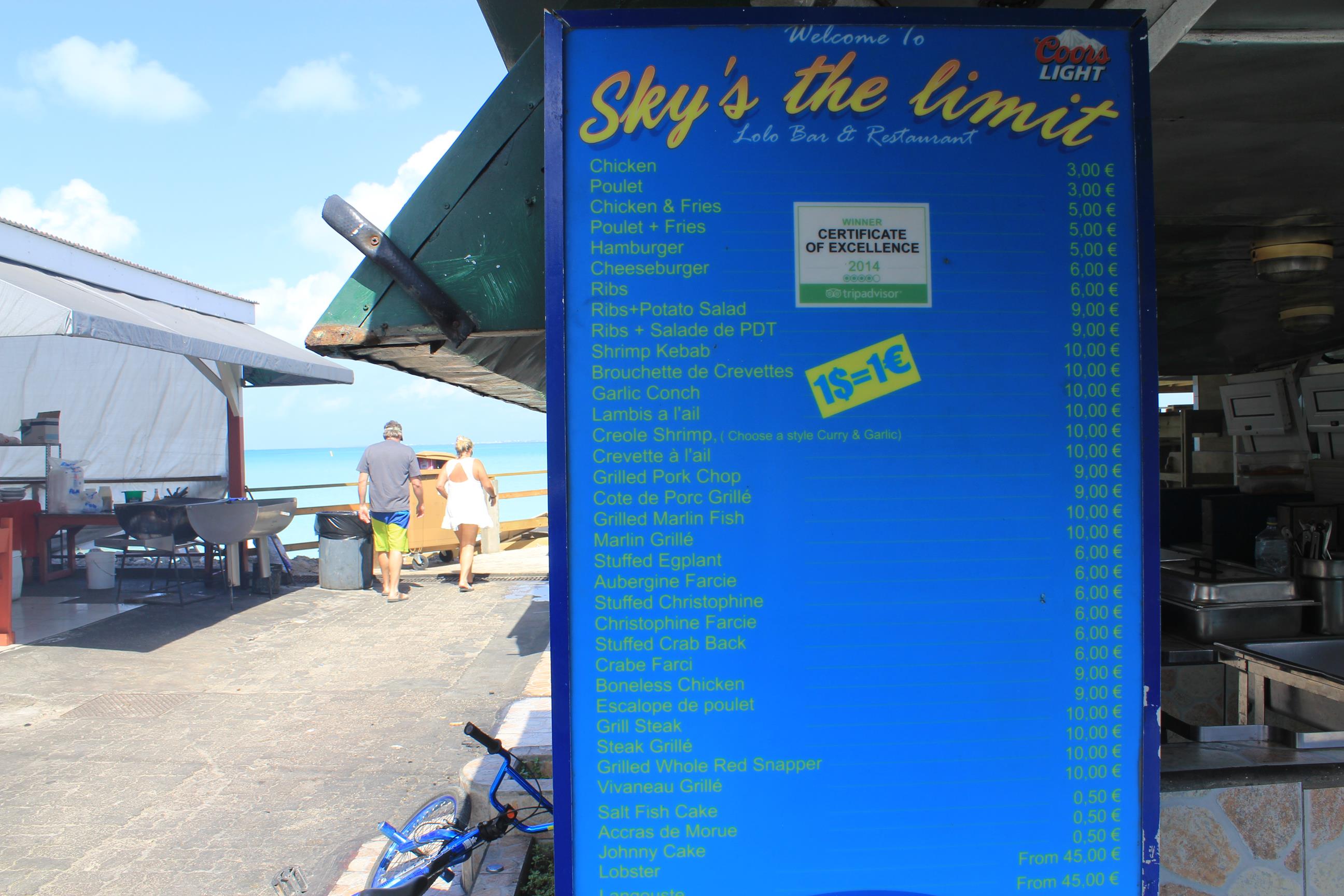 There is an anecdote about the partition of the island: After the islands possession had changed for years between the French and Dutch (sometimes the English), people decided to divide the island in 1816. Legend has it, that French and Dutch met and held a race. From Boundary Point, one settler of each country raced in opposite direction along the coast line. The border should be drawn, where the two would meet again. The Frenchman got wine to drink, the Dutchman took schnapps on his trip. Thus, the Frenchman was not as drunk as the Dutch and could run faster. That’s the reason why the French side is bigger. 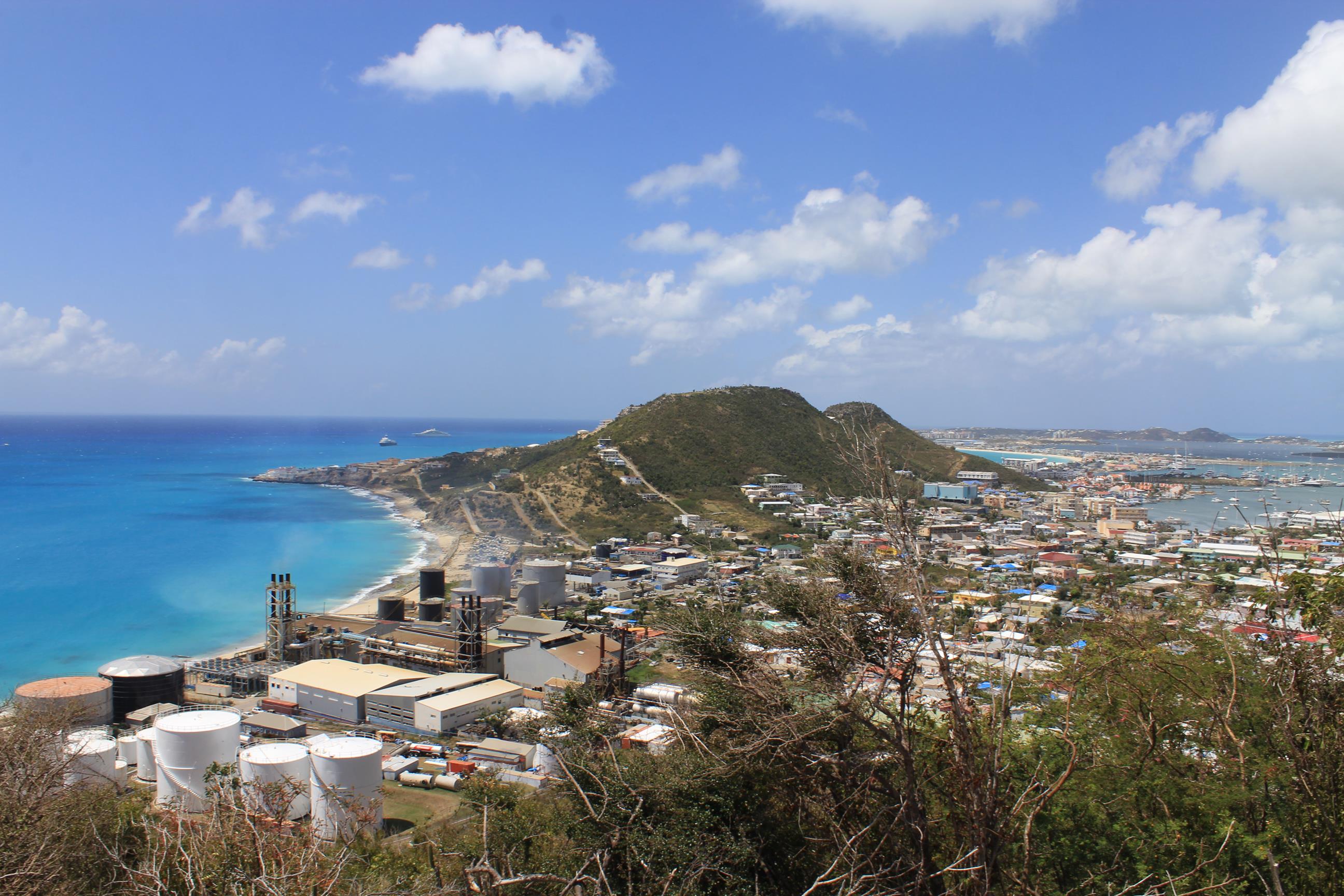 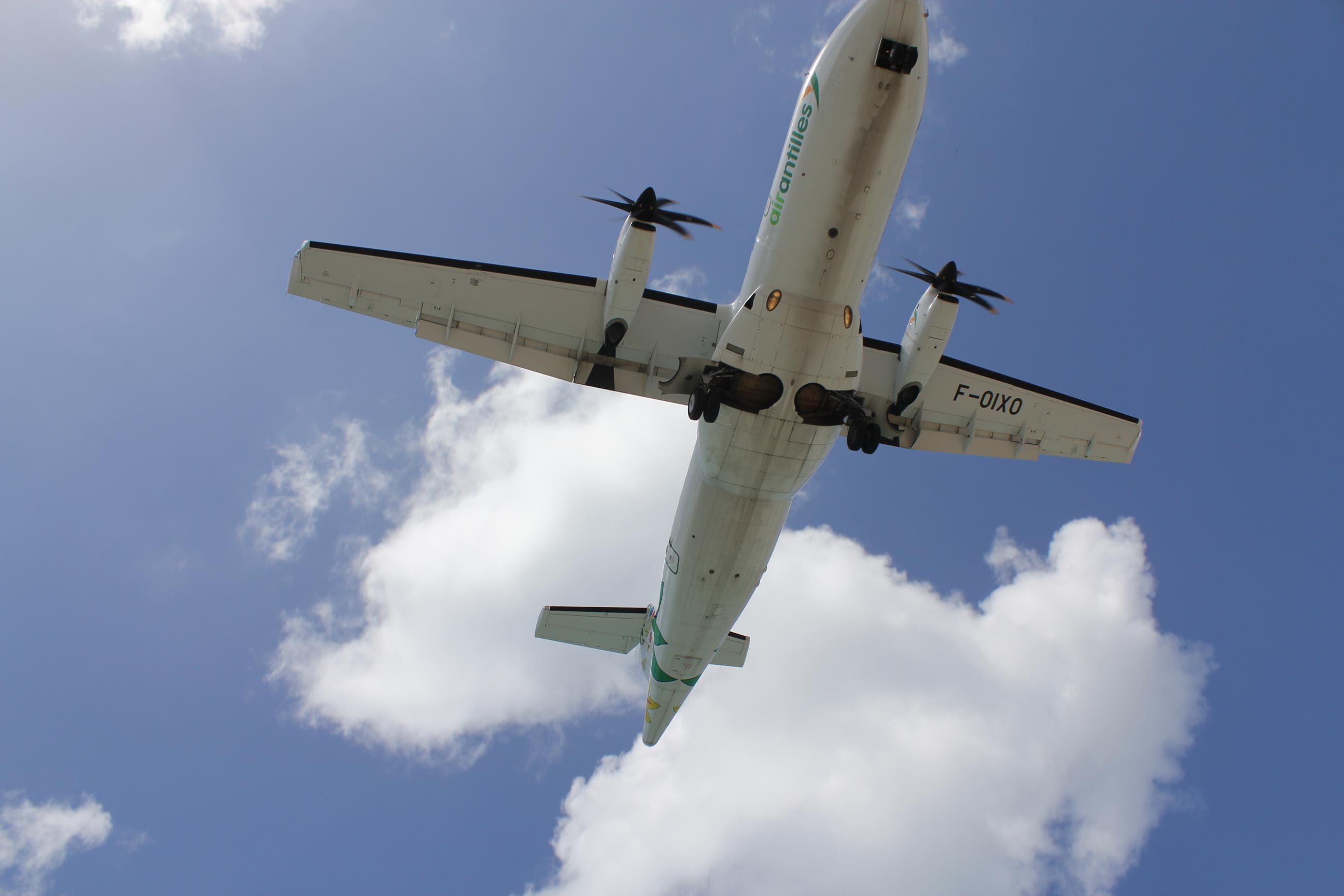 The island’s most famous attraction is definitely Maho Beach. This beach is located in the approach lane of Princess Juliana Airport and the planes land and launch only a few meters above your head. Before Hurricane Irma, aircraft as bis as the Boeing 737 landed here. In 2017, a human being had even been fatally injured while plane-watching. The woman was thrown against a concrete block by the wind of a launching aircraft. However, since the island is busy with reconstruction, hardly any big planes arrive at the airport anymore. 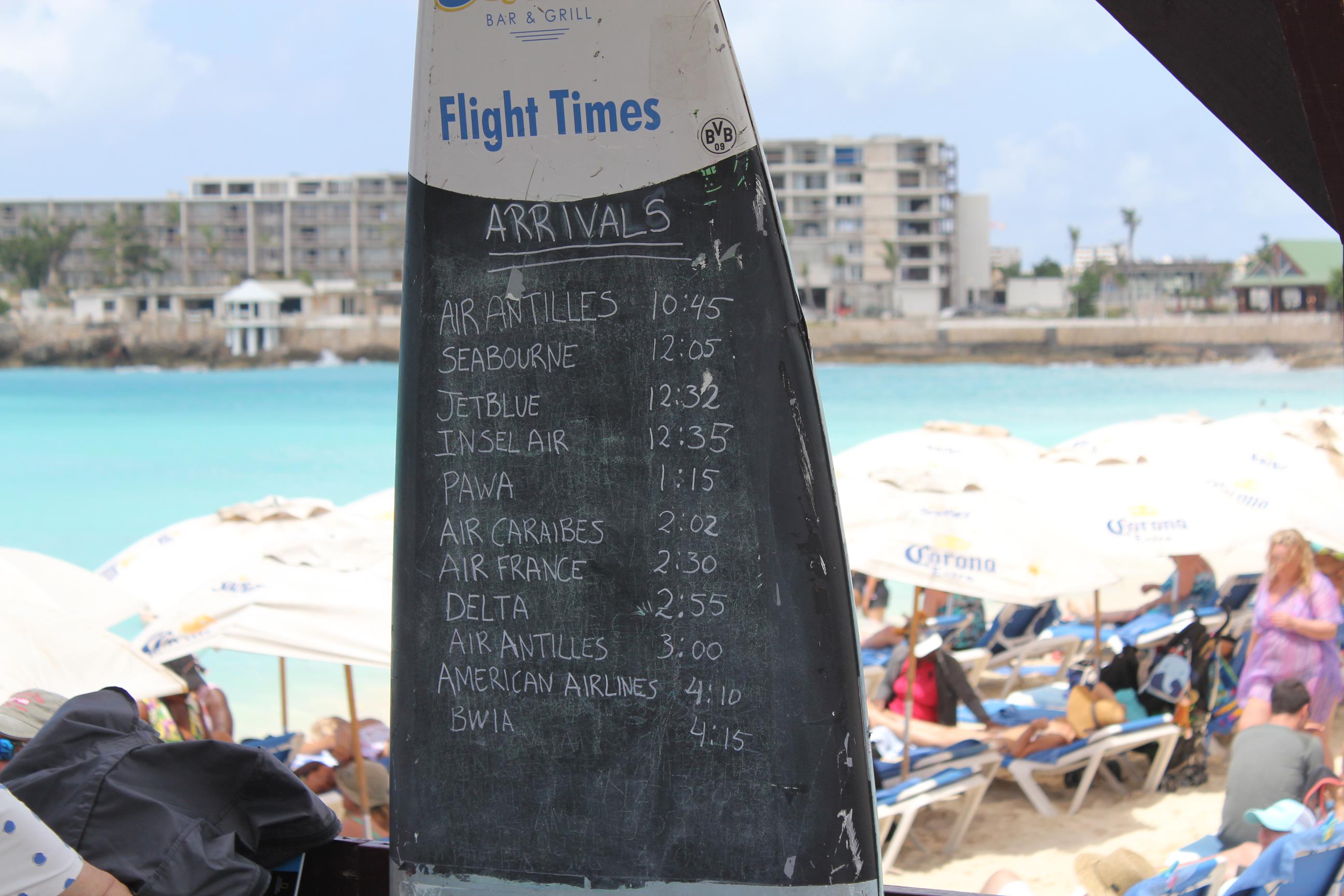 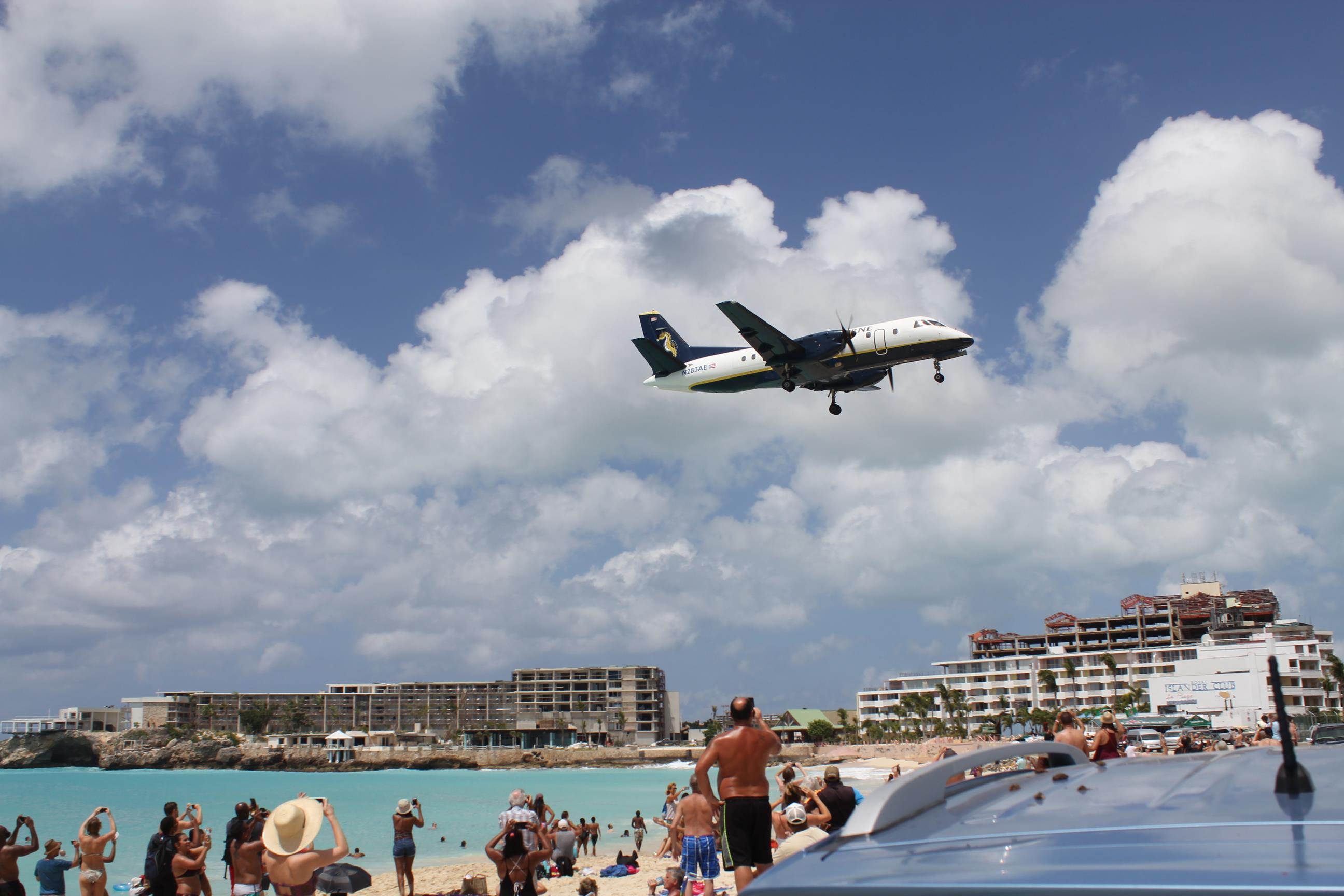 We were very lucky during our visit, or at least that´s what our taxi driver told us: Due to strong winds, Maho Beach had been cleared from sand the day before and consisted only of rocks. Everything went back to normal within 24 hours and the sandy beach was back overnight – unimaginable! Here is a video of the beach, including a landing propeller machine:

Devastation by the hurricane

Sint Maarten/ Saint Martin was heavily devastated in late fall 2017 by the most disastrous Atlantic hurricane ever recorded. The storm has left three billion USD worth of damage. Boats, ships and yachts were scattered ashore or sunk. Innumerable hotels are in ruins, houses have vanished and you see smaller planes lying upside down on the side of the road. A cargo ship was pushed into a bay and on top, the wind filled it with sand! 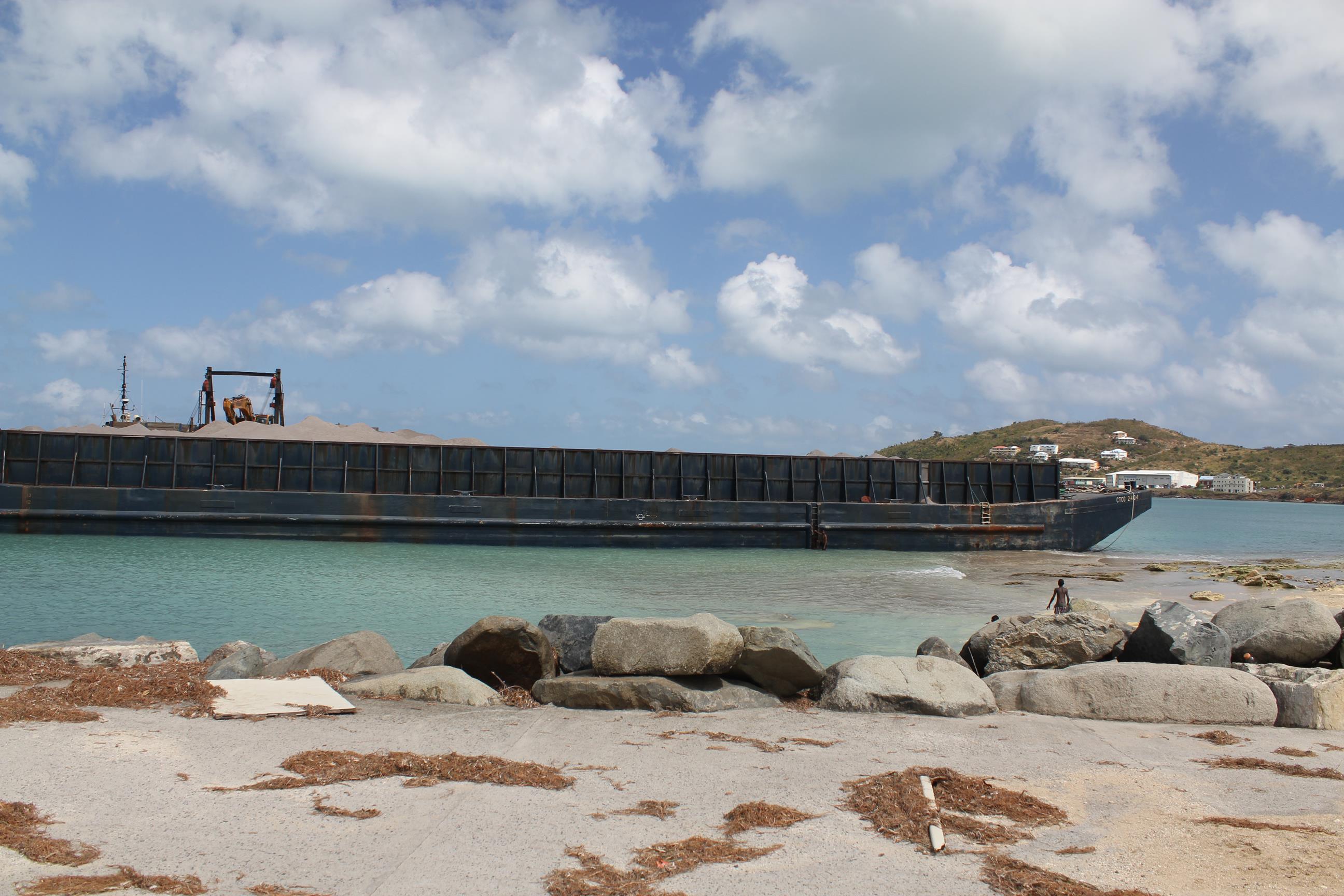 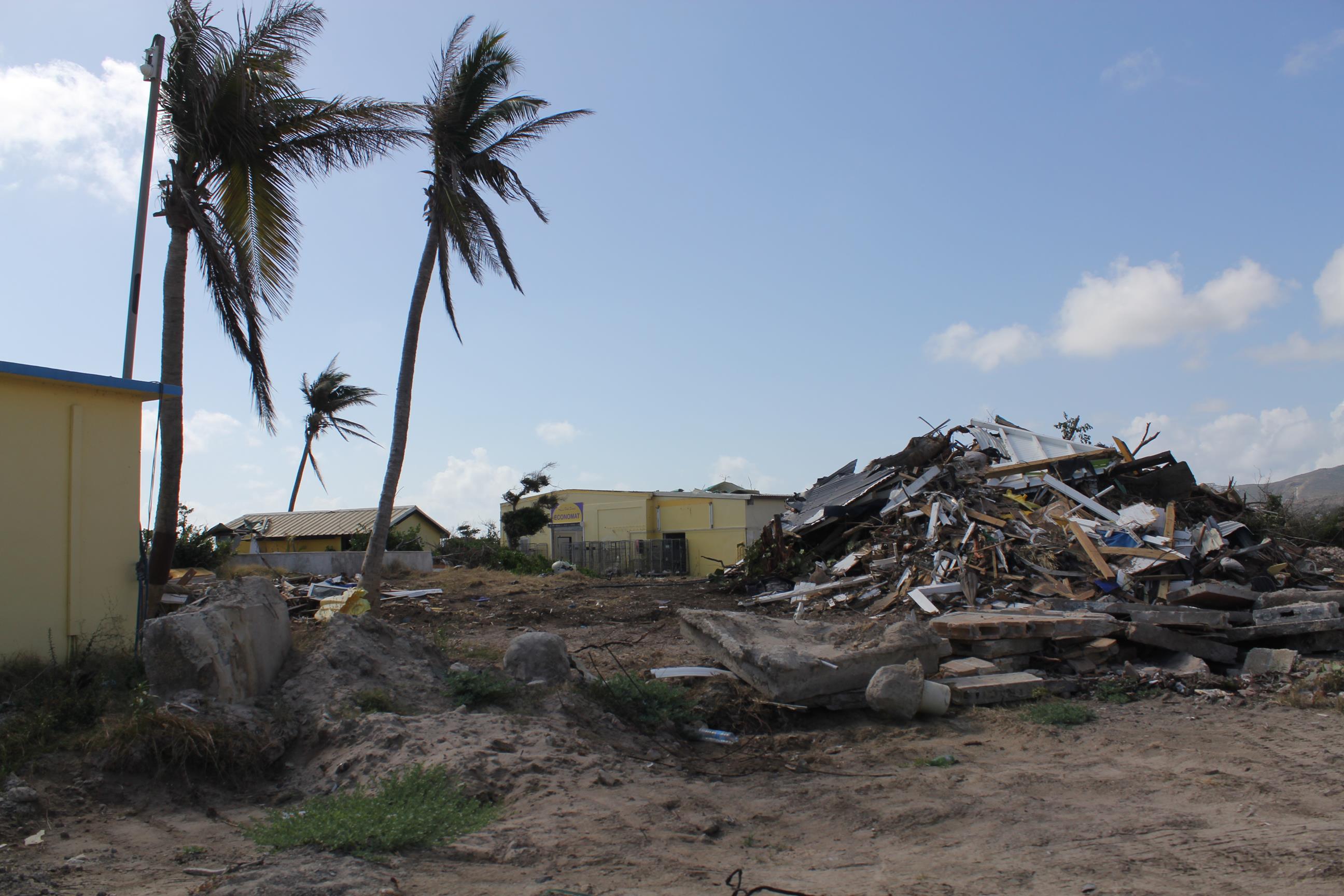 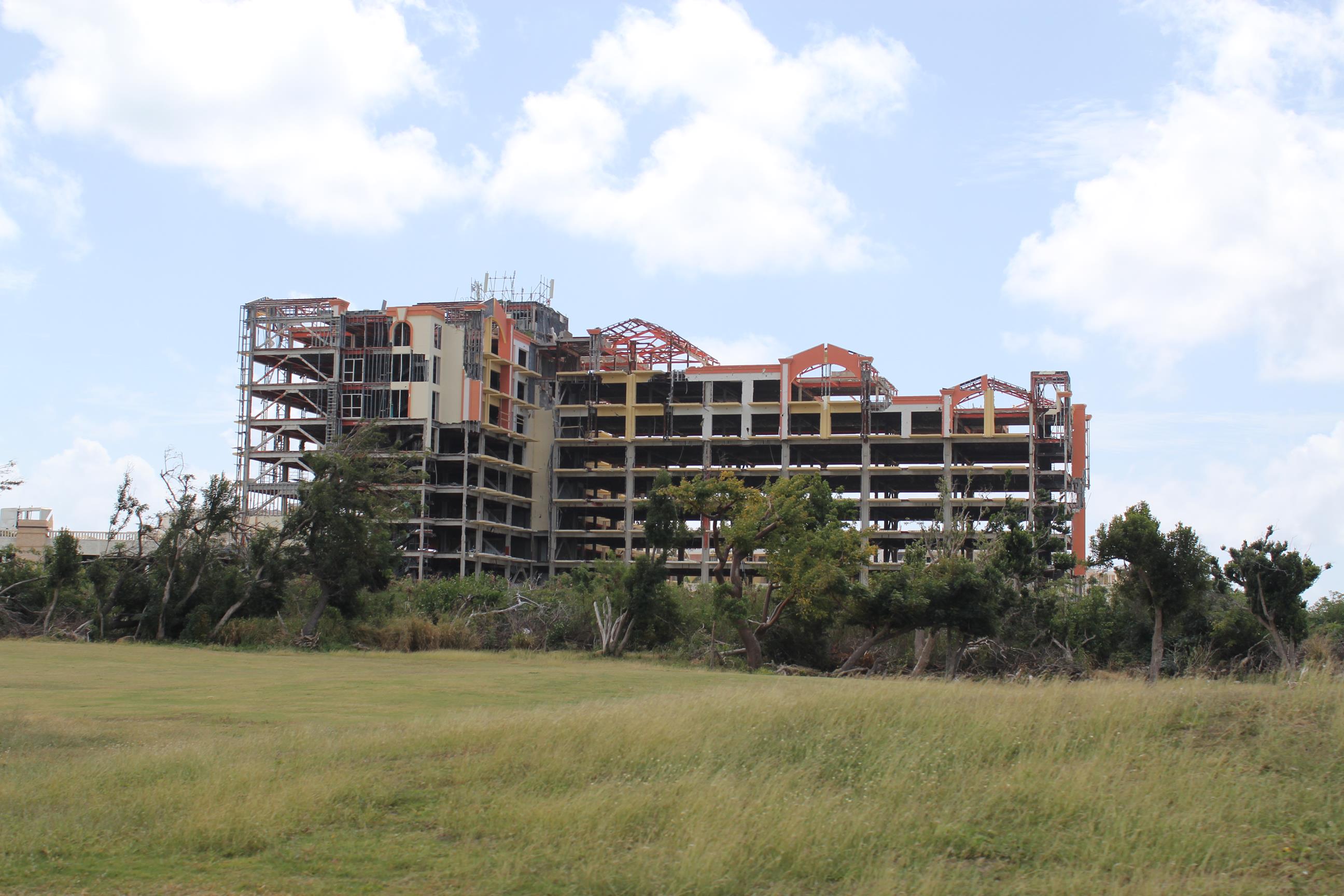 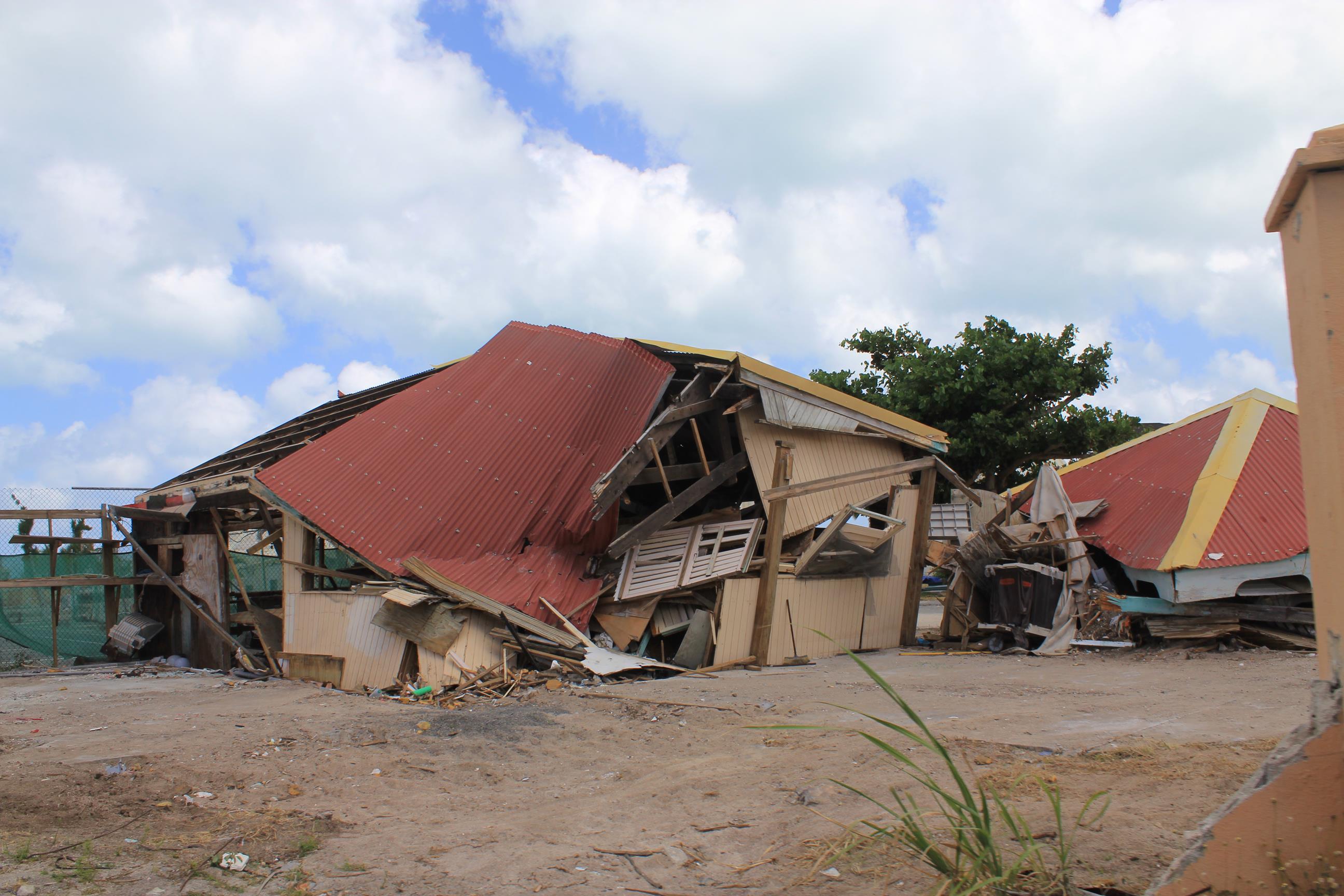 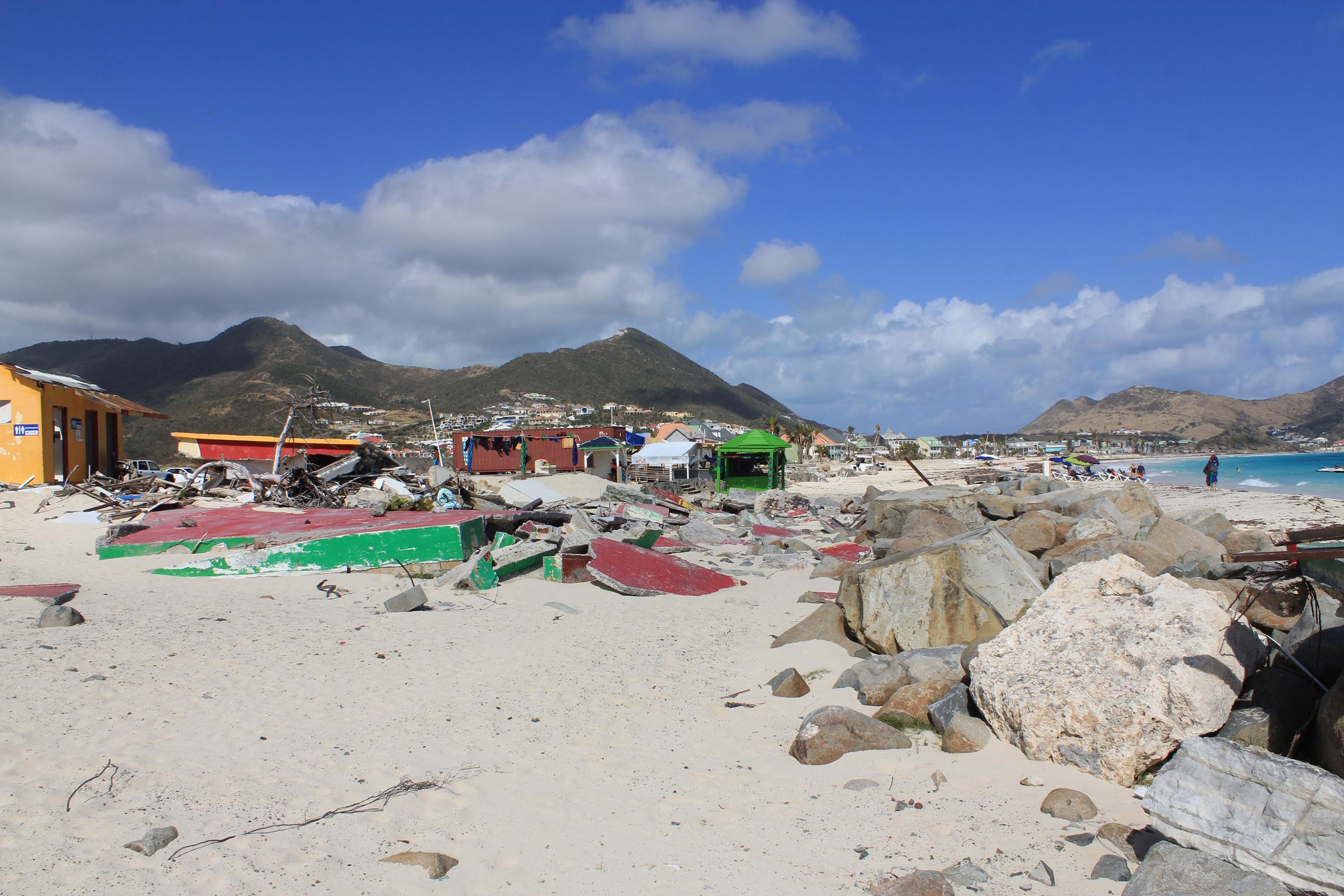 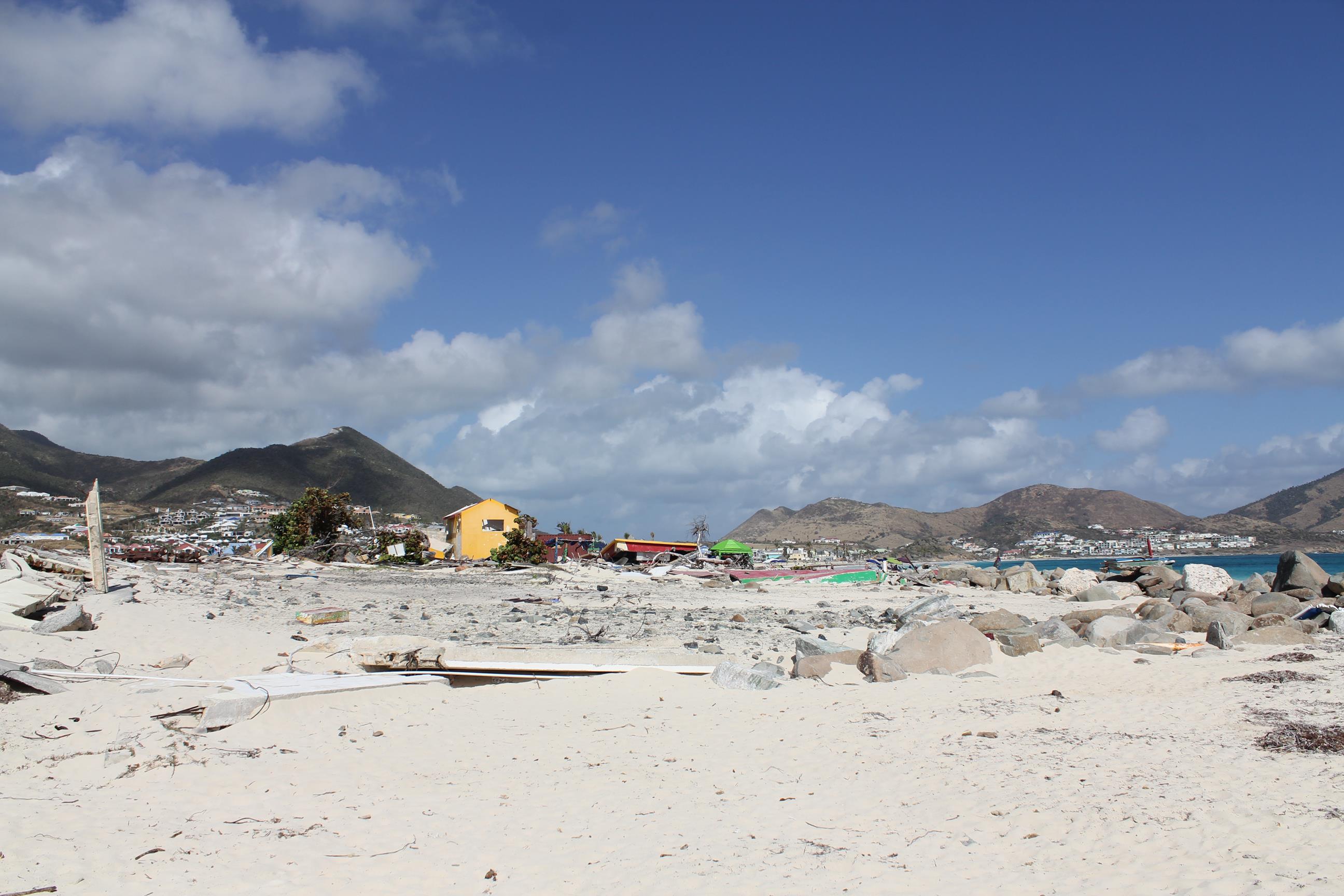 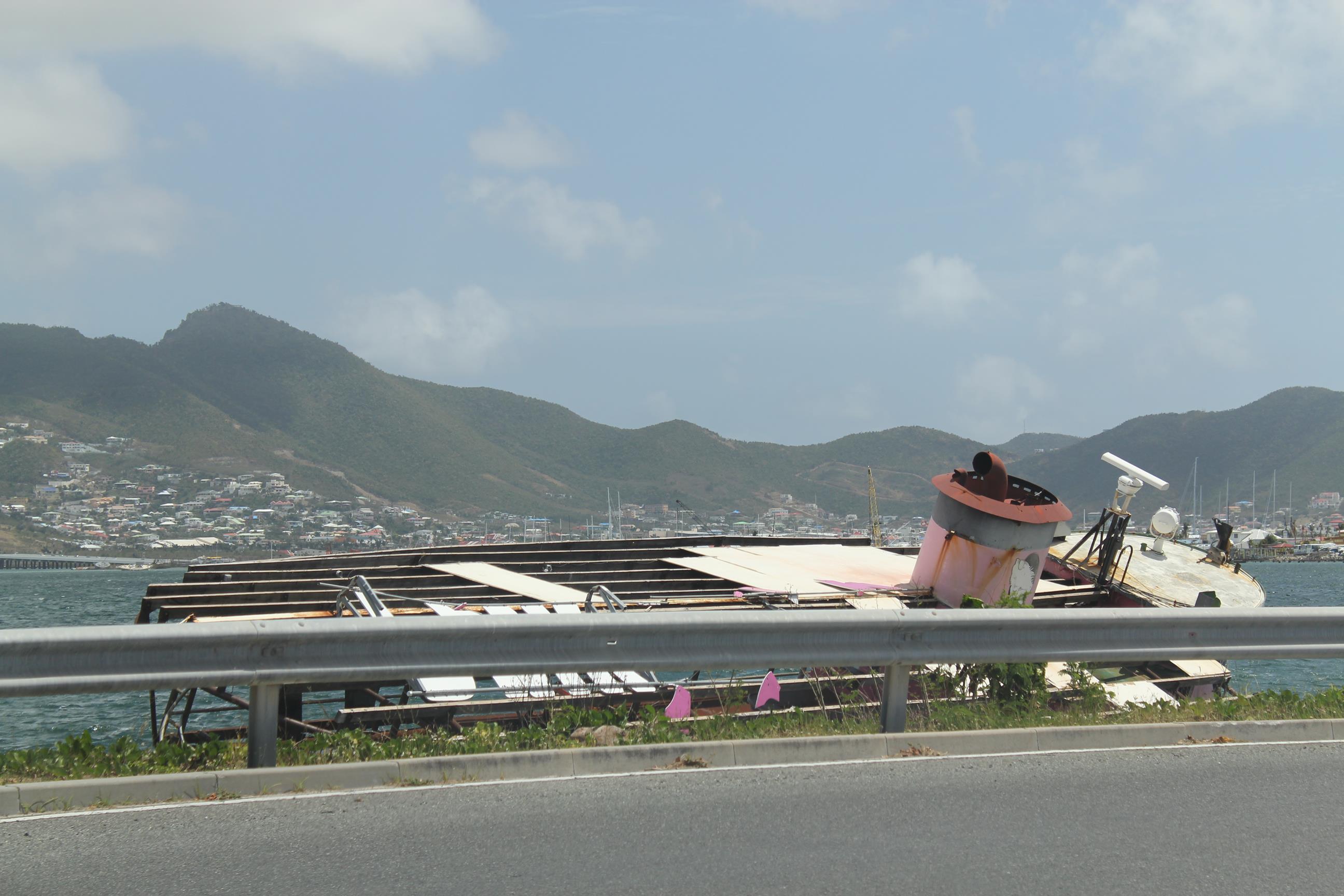 Nevertheless, the Caribbean island is under construction and getting better. More and more hotels are welcoming guests and cruise ships are docking again (spring 2018). Thus, the tourists and largest source of income are back. On good days, by the way, ten such ships arrive. Since Sint Maarten is the only duty-free port in the Caribbean, you can buy tobacco and alcohol very cheap. This alone has formed a kind of intoxicant tourism to the island. By the way: electrical appliances, diamonds and gold are also cheap. 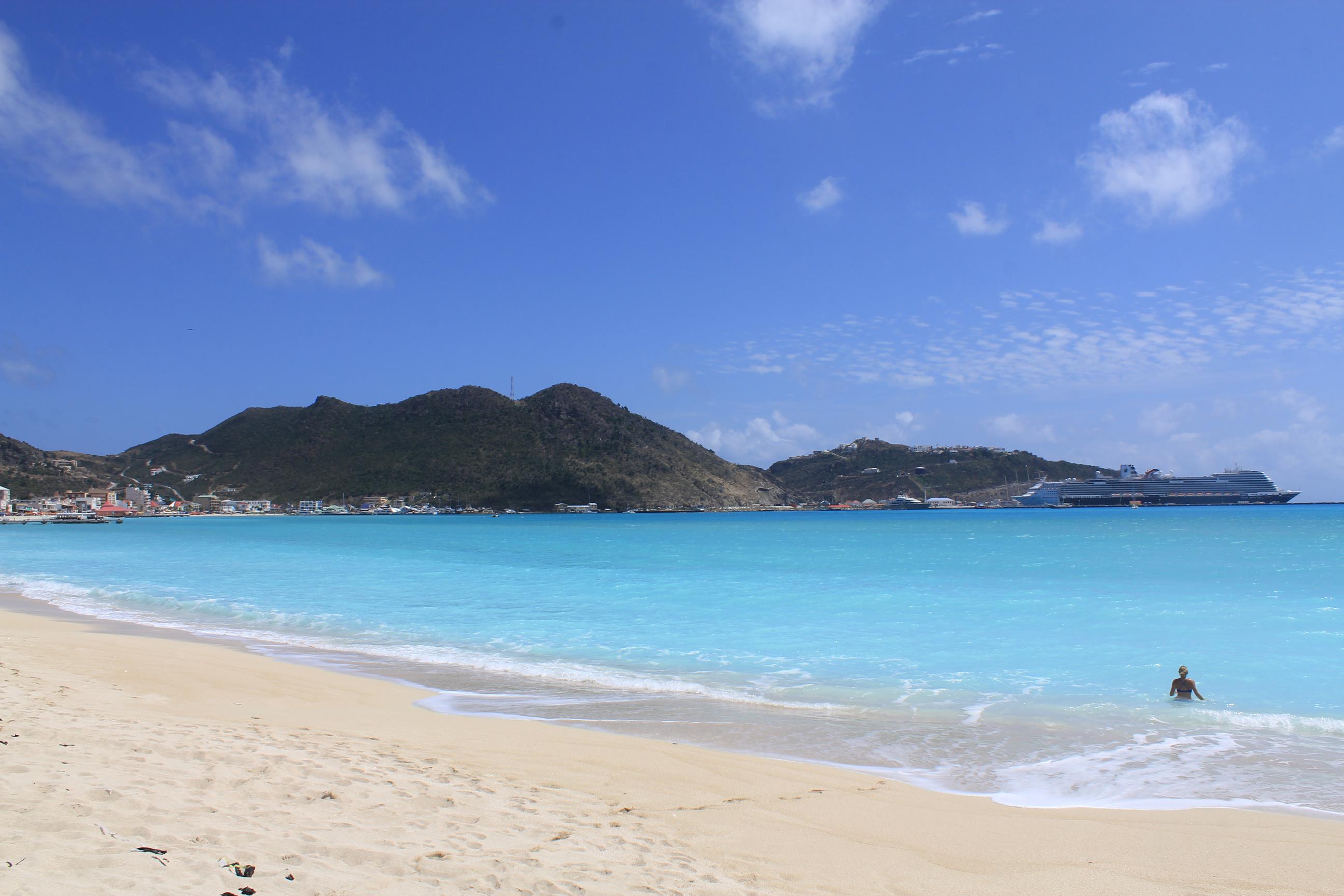 As sights of Sint Maarten/ Saint Martins, I would count the countless beaches and the beautiful nature. Due to the frequent natural disasters, there are hardly any historical buildings and only an old fort can be visited. Nevertheless, there is more than enough entertainment: a bird park, all kinds of extreme sports and many more opportunities (hiking, gambling, museums) to pass your time. Back then, I favored sunbathing on a beach. Here is why: 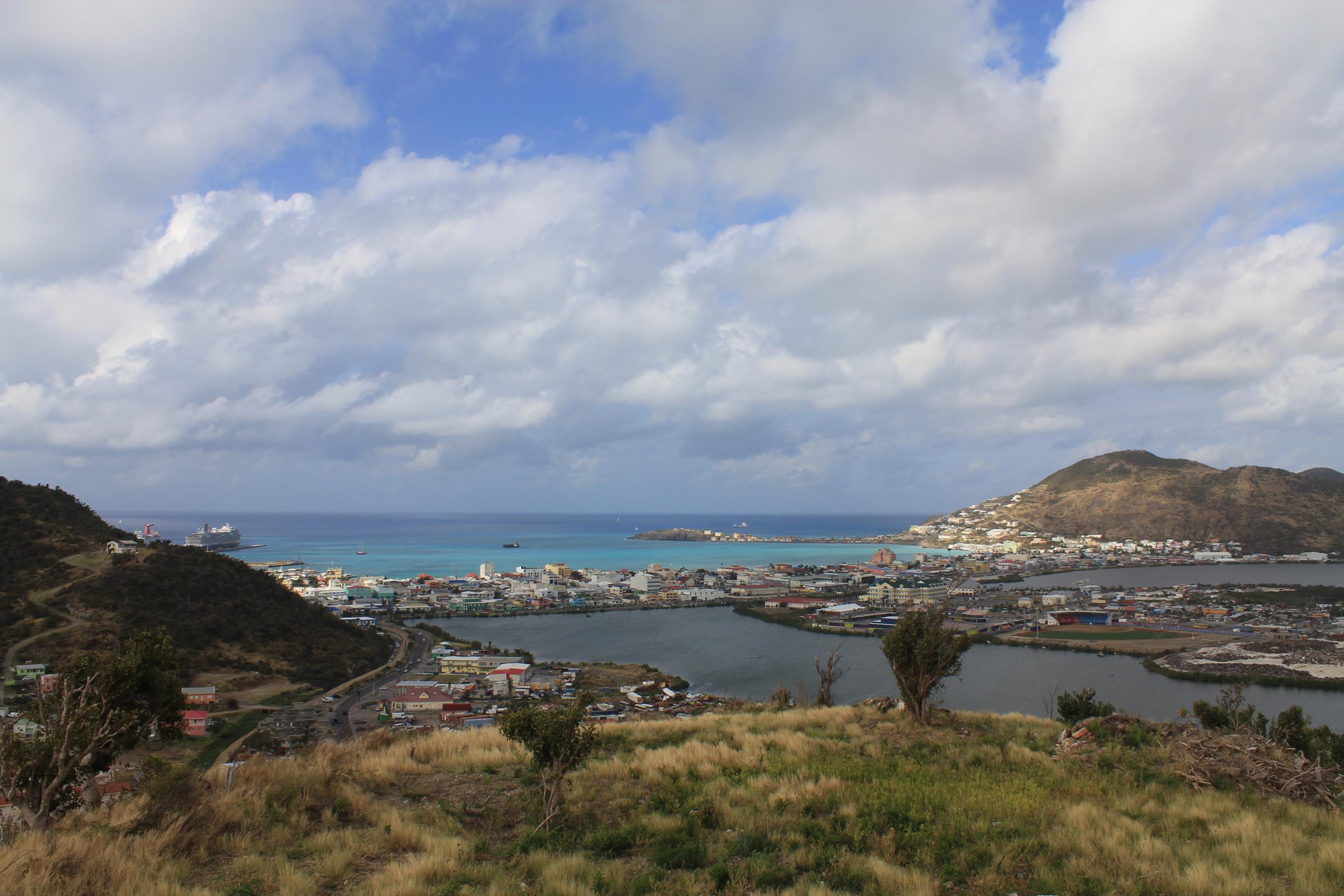 The lifestyle of the islanders is unusual. Although there is a border between the two states, it is only shown on monuments and must never be closed, no matter what happens on the mainland. After all, the two sides can not exist without each other. One supplies the other with electricity and gets drinking water in exchange. Apart from that, you notice the different currency and the style of houses, once you have crossed the border. In addition, a telephone conversation from one side to the other is an international call. 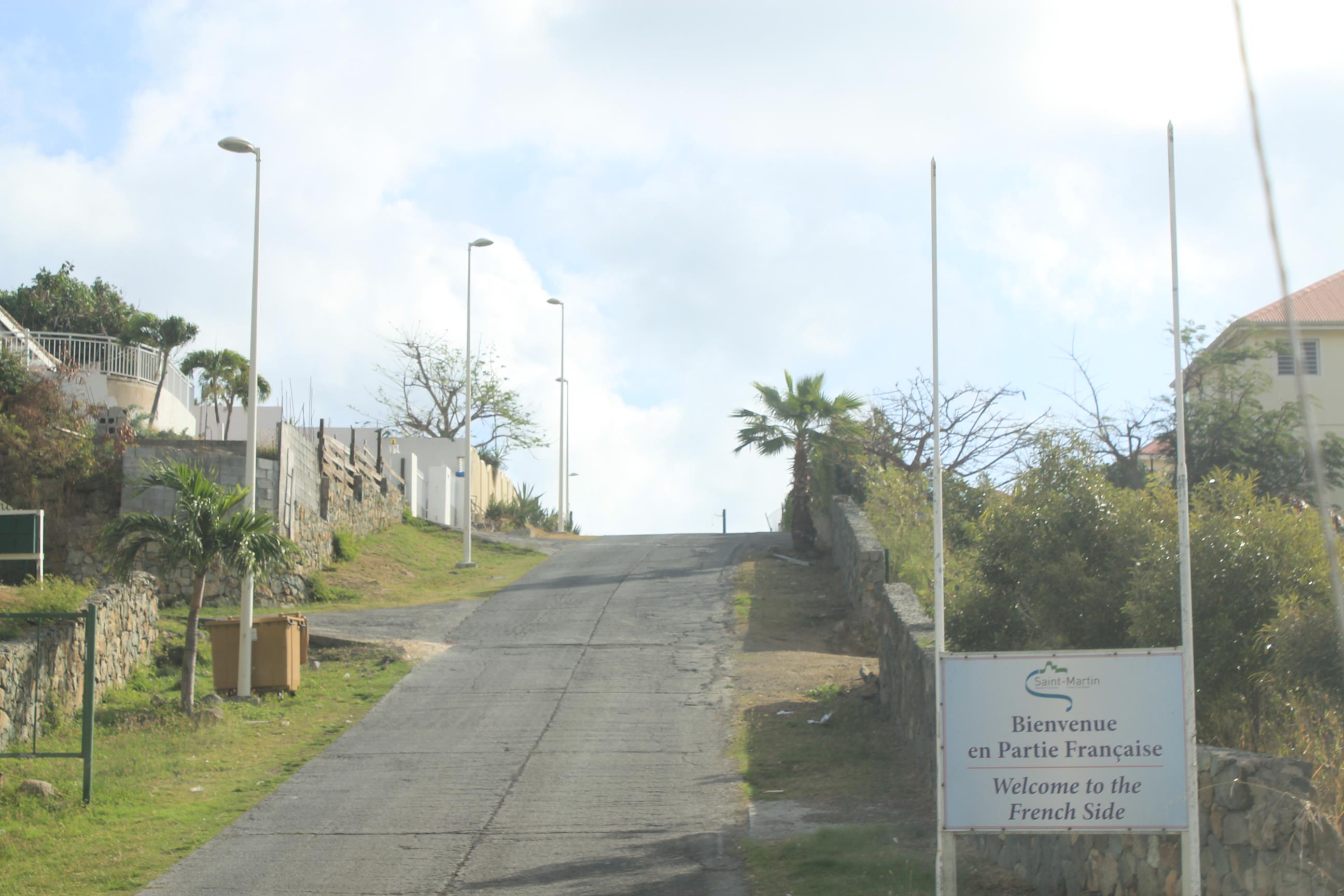 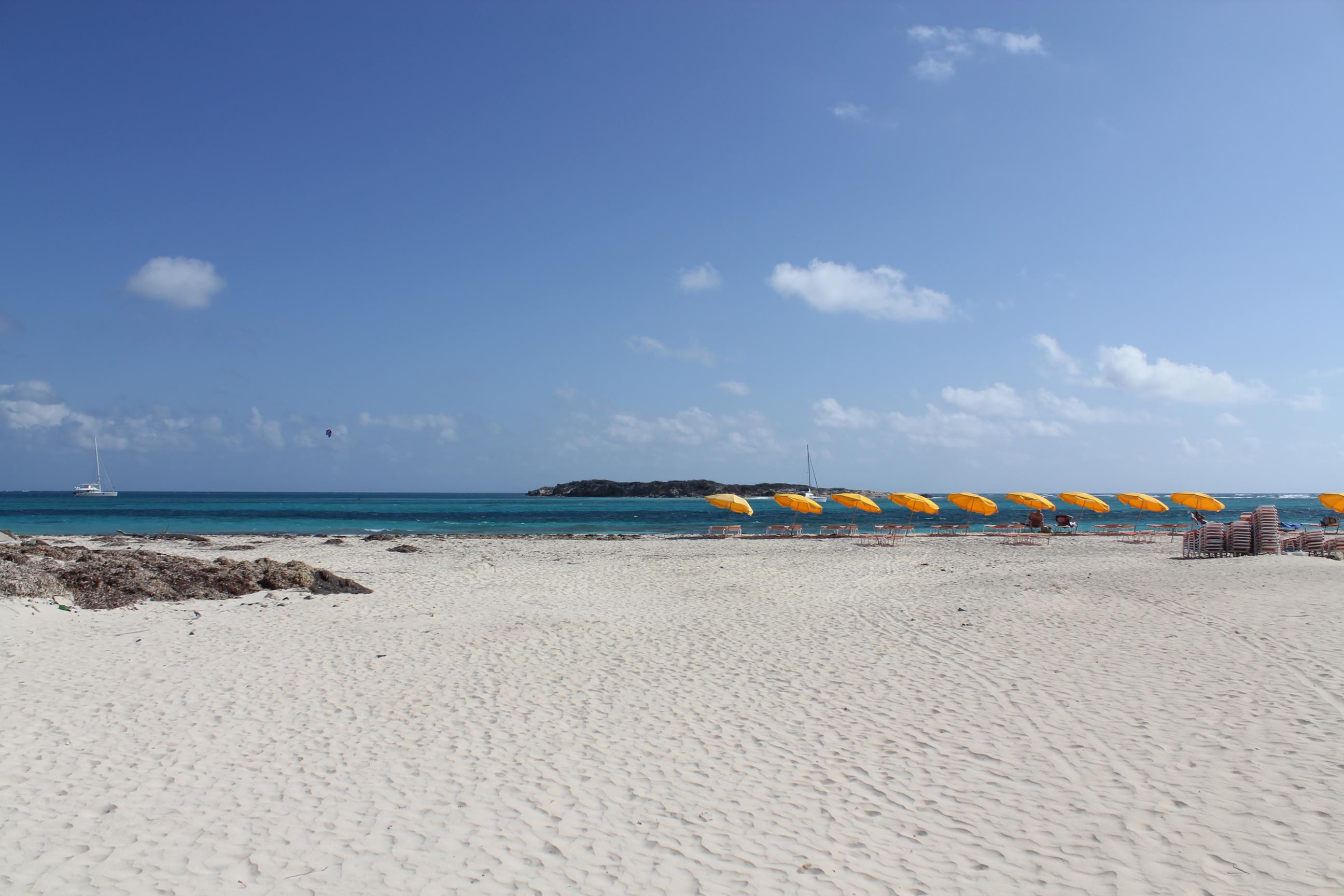 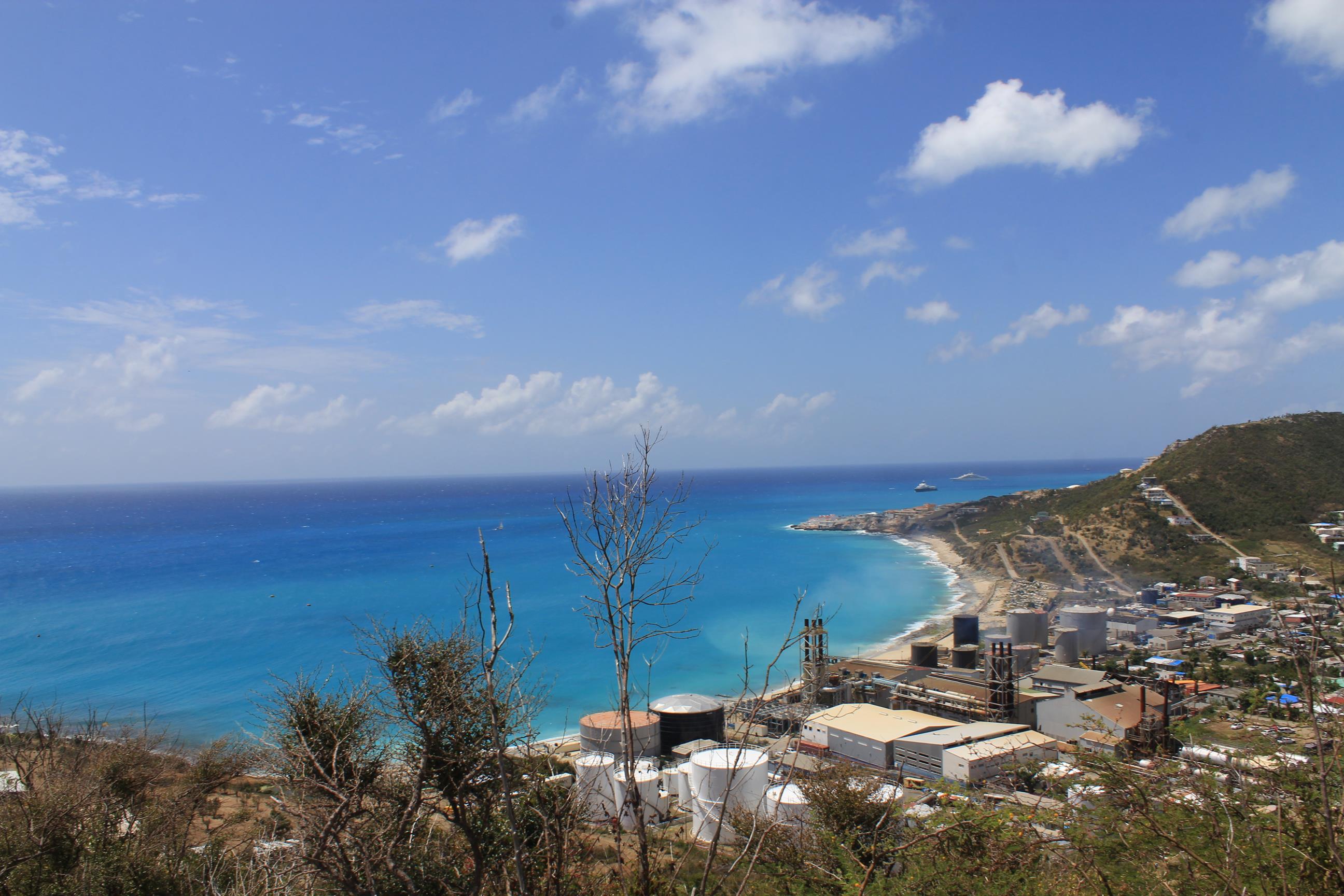 After our last day on the Caribbean-cruise, we arrived in San Juan, Puerto Rico the next morning. For our next stop, we spend a week in Miami. I’ll report in the next post, but this was not as cool as most people think!

When leaving the island 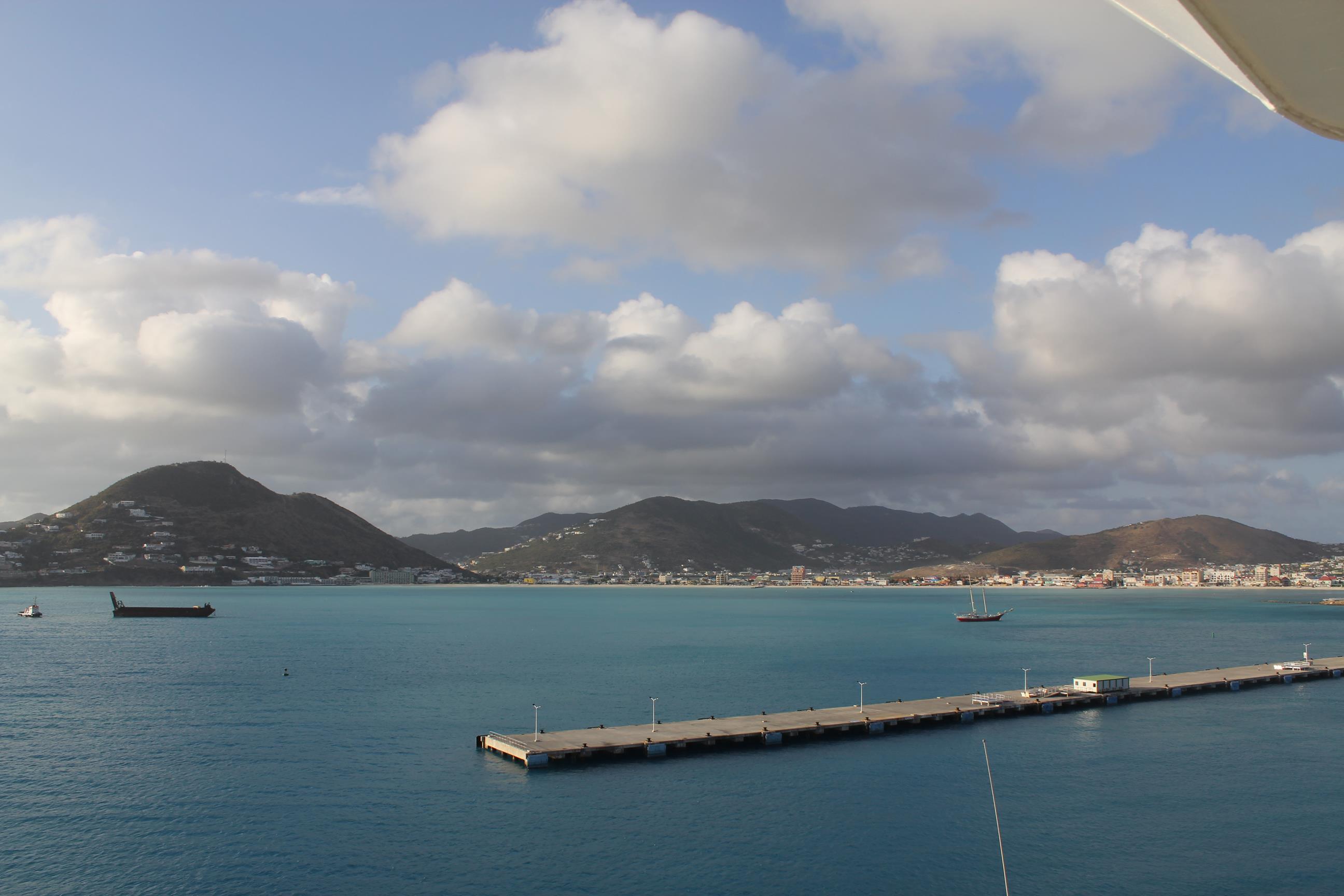 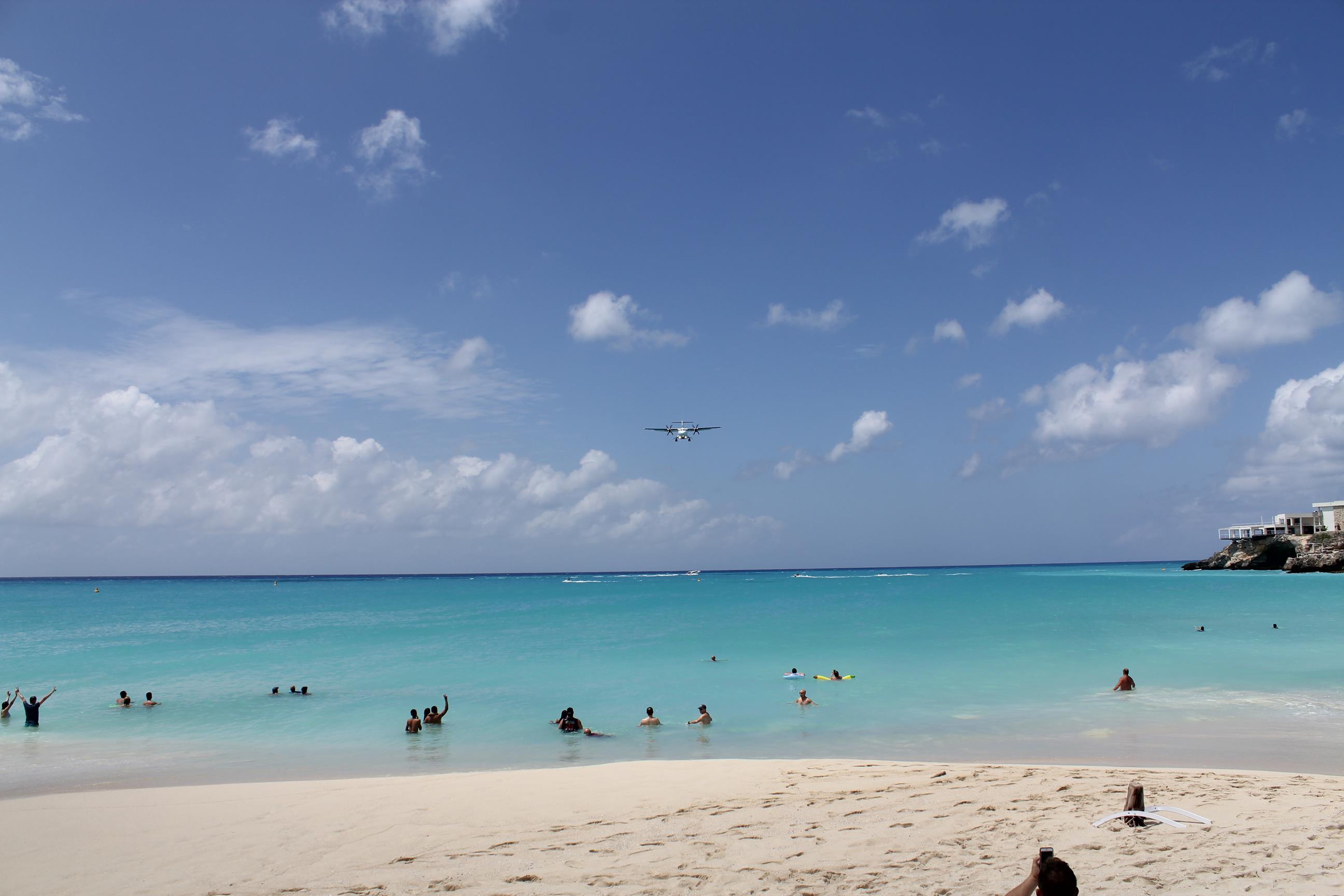