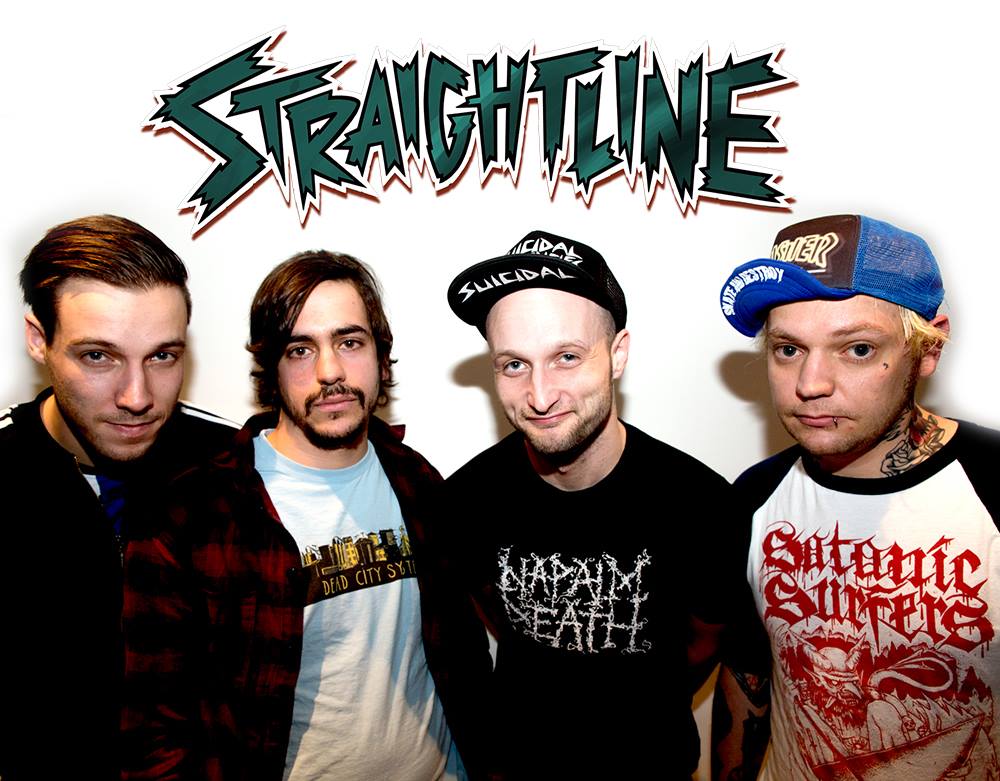 How I got to know Straightline

It’s been six years since a friend and I wanted to visit the “Backstage” in Munich on a Friday night. “Misconduct” from Sweden performed live, the entrance fee was less than ten euros and otherwise there wasn’t much else going on that night . At that time, two local bands played as support acts. We didn’t expect much from those bands, but wanted to see the headliner. What ultimately happened was indescribable.

We got there just in time to watch the last few songs of the first band “Screed”. In the early evening the people in the “Backstage Club” were already going crazy. We were surprised by the brilliant atmosphere, that is anything but self-evident in the early evening. After a short break the next band started and heated up the atmosphere even more. Within minutes, the whole room was celebrating, mashing and singing. It was simply a perfect evening in Munich. The people, the music, the atmosphere – everything was just right that night. That’s the story of how I got to know “Straigthline”.

I was immediately delighted of the ingenious musical orientation the band has. They mash Skatepunk, Hardcore, Crossover and Metal to a wonderful mix, you rarely find in German bands. During their live performances, every now and then, short trash-songs are literally pushed through. These can be found as a collection on the “Sourcroud EP”. There are some live-pics bellow the article and you can already tell by the pictures, that the guys do have a lot of fun on stage. In the meantime the group has been touring Japan, South America and England, played several shows in Germany and at some international festivals. 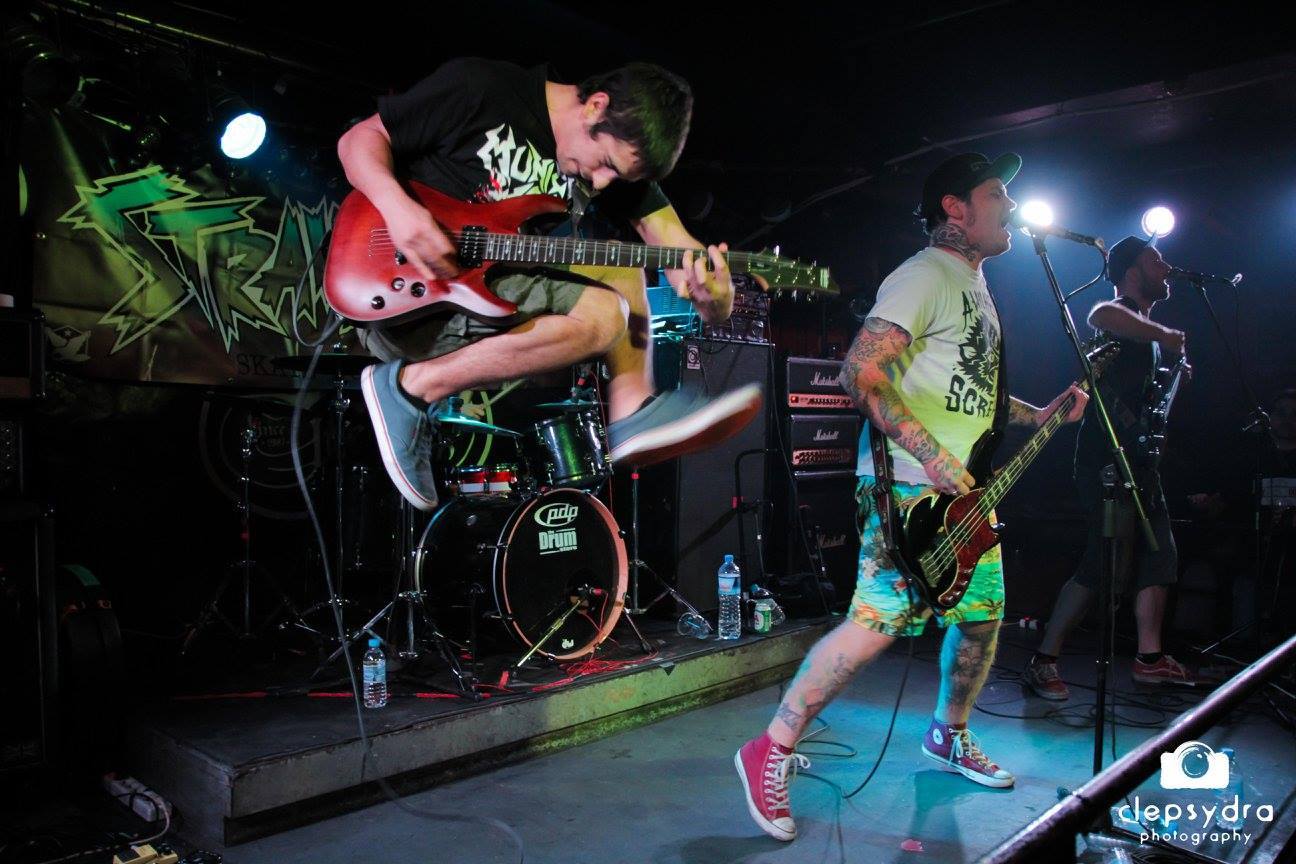 The band has released six CDs, including two EPs and four albums – I like all of them. Interested people can listen to the band’s music at Bandcamp for free and/or buy it for a small fee. However, I would like to introduce the last two albums “Final Redemption” from 2013 and “Vanishing Values” from 2017. I´d call them “Melodic Punk”, because there´s not much focus on screaming and the melodic parts  definitely stand out. 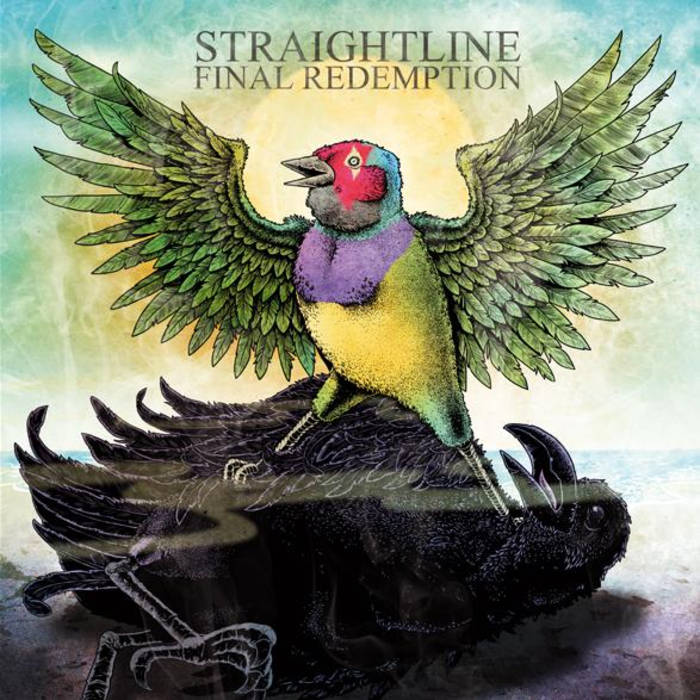 The cover of the second full-length-album is very appealing and above all: The blue vinyl looks amazing, at least to me. The CD has twelve tracks and I can hardly decide which one I like best. The songs are all catchy and, as a friend of mine, that heard the band for the first time in my car, called it: an “eargasm”. The running time is 40 minutes and quite good for an album of this genre. The English lyrics deal with life in general, are often political and can be understood differently depending on the age and social background of the listener. In any case, these are well thought-through lyrics with earworm potential.

The album starts without an intro but a heavier tune, so to speak: In your face. The vocals alternate from time to time between harmoniously sung parts and screaming, both styles complementing each other. All in all, this CD focuses more on melodic vocals and screaming is not used very frequently and only a few of the songs feature it, unlike older albums. I would like to mention especially the eleventh title on the CD: “Home”. This track differs to the other songs. It´s quieter and very euphonic – but still fits perfectly into the album’s overall picture and only shows the range of songwriting possibilities the group has. Generally speaking, I can recommend the CD unconditionally to anyone who likes this style of music, so – check it out with the video to “Won´t back down”: 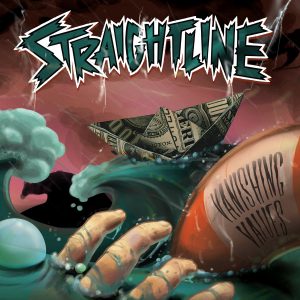 The latest album was released in February 2017, and it starts similar to the last one: Bad-ass and without intro – in your face, again. With about 45 minutes of running time, the CD is a little longer than the last one, but there are two recycled songs from older releases and a cover of Pink Floyd on the tracklist. The older songs have been re-recorded and therefore have a new touch. Both are also my favorites of the respective release and I like the new, maybe “softer” sound. As far as style is concerned, not much has happened between the two albums. Like in “Final Redemption” the songs get into your ears, the vocals seldomly changes to screaming and if you like the CD described above, you will like this one either.

Again, there is one track that I think is a bit out of the ordinary: “Take your Time” is an acoustic track, but fits beautifully into the traklist and loosens it up. Possibly the acoustic project of the band’s singer shines through, which is still in early stages but sounding great. If you like acoustic guitars, check out Bart Tadla at Bandcamp.

In any case, for fans of the genre “Vanishing Values” is highly recommended. Here´s the video to “Generation Lost” as a small foretaste – have fun!

Hope you like the band, I think they deserve much more attention. Now have a listen to an older song from the “Alteration of Rules” EP, called “Retrogressive” – peace!

In the end: A big shout-out to the band – for providing the pictures and the nice convo! Check out more live pics: 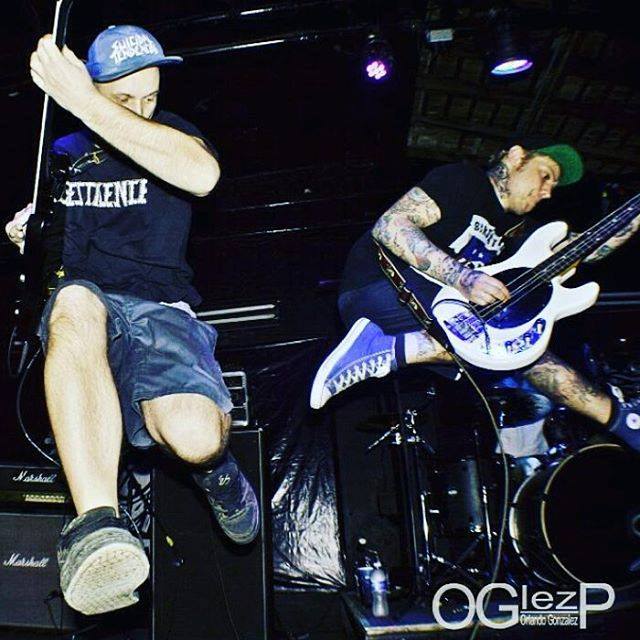 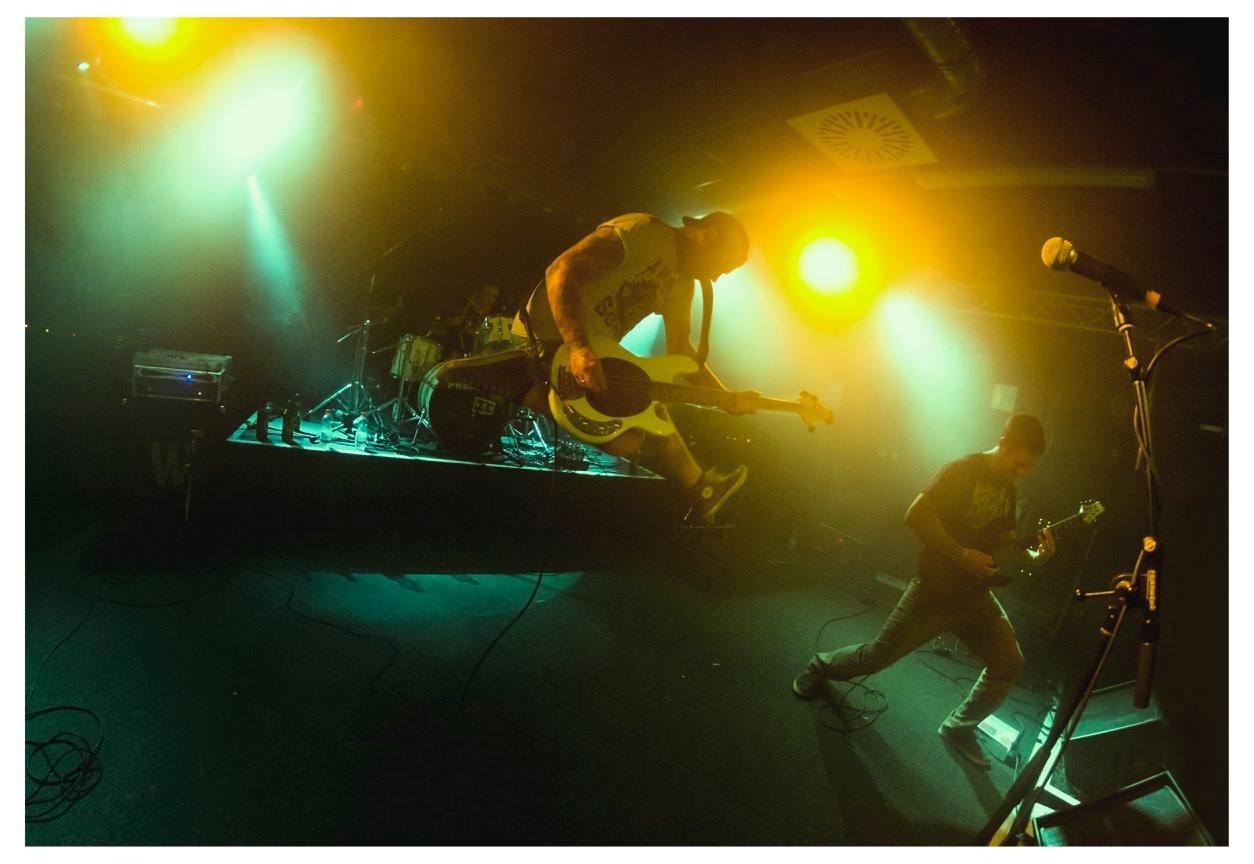 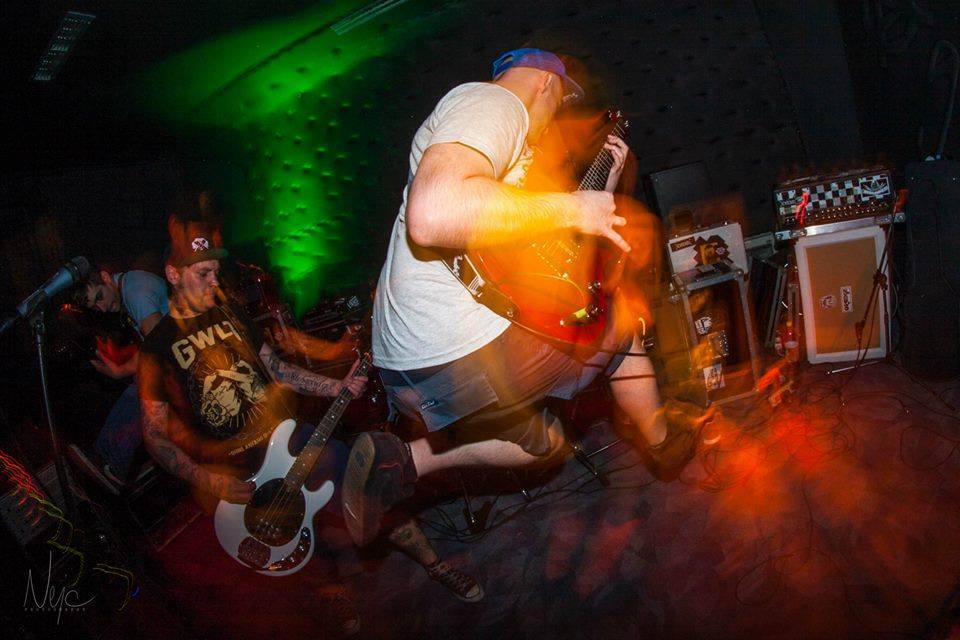 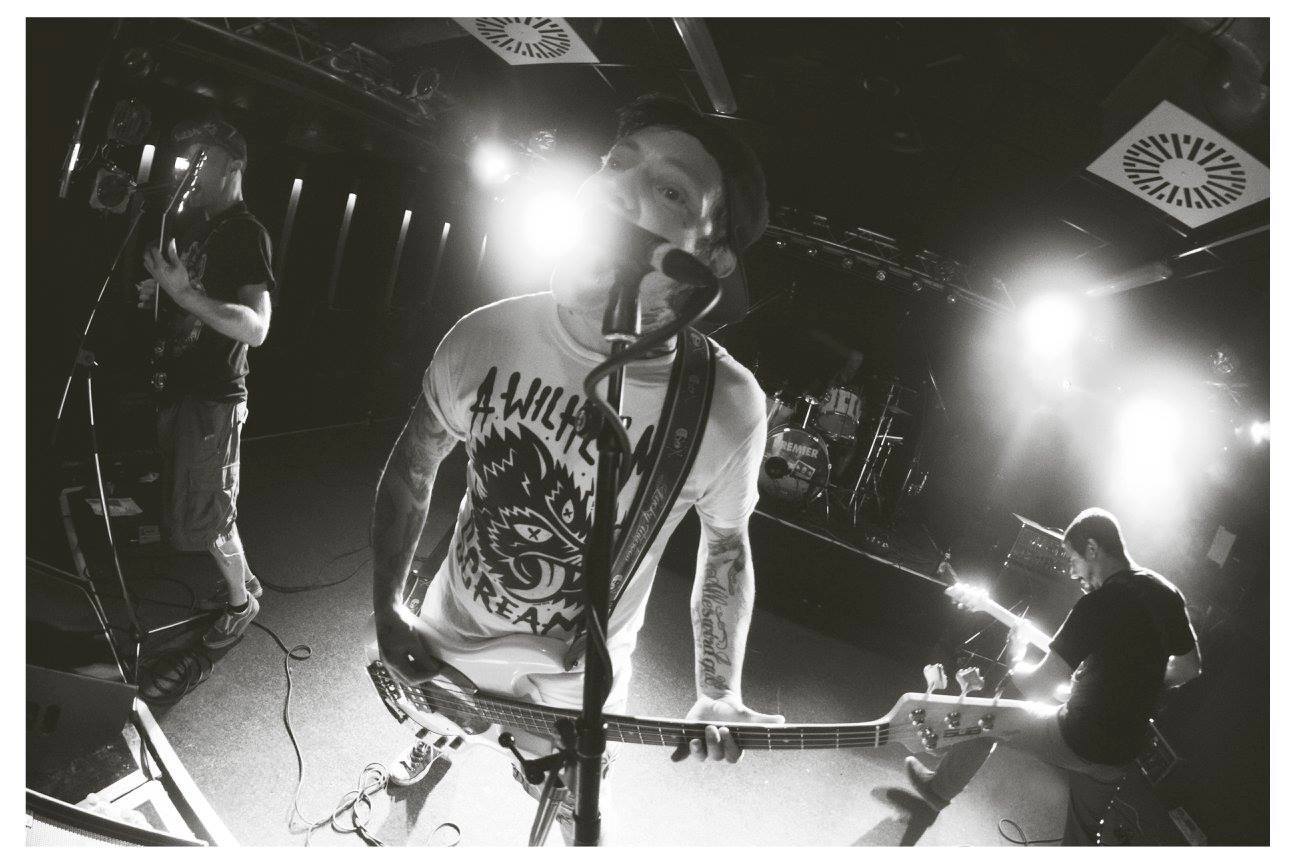 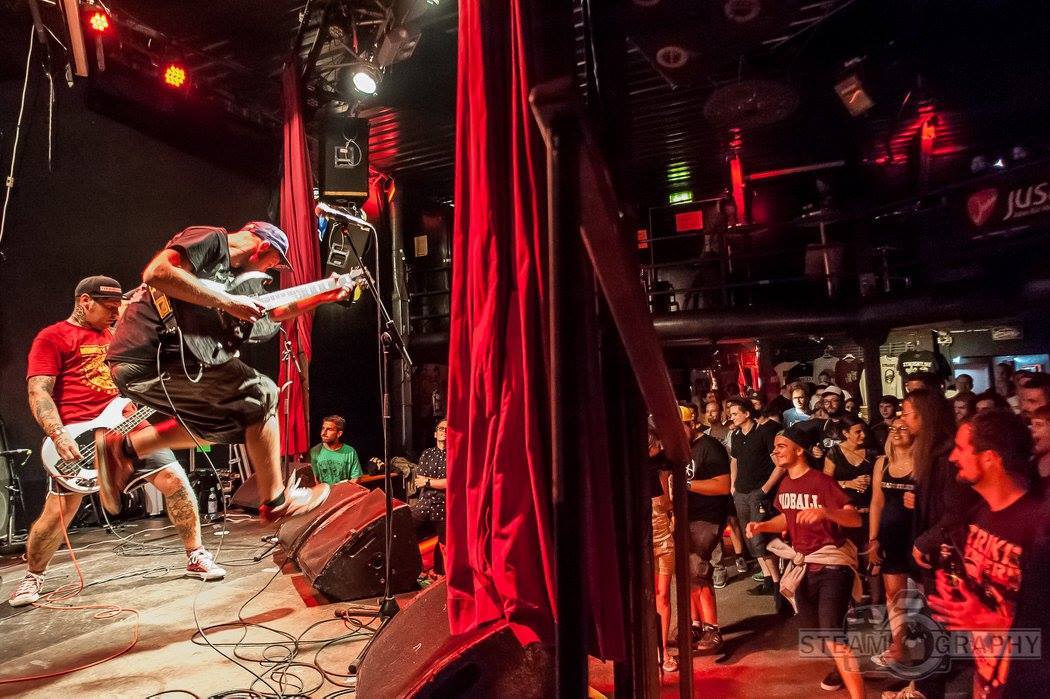 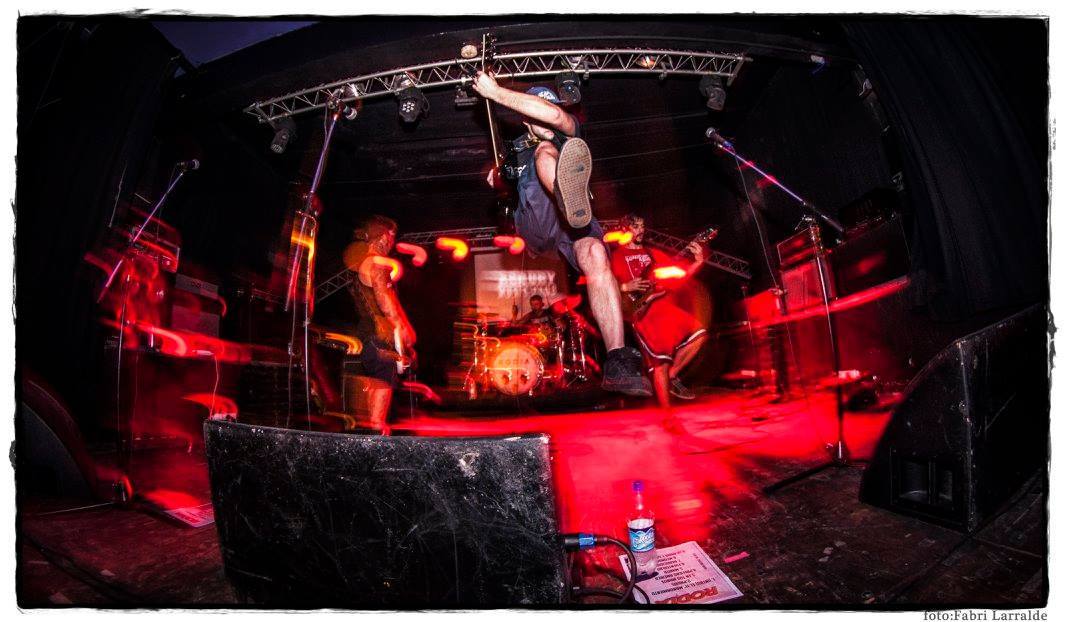 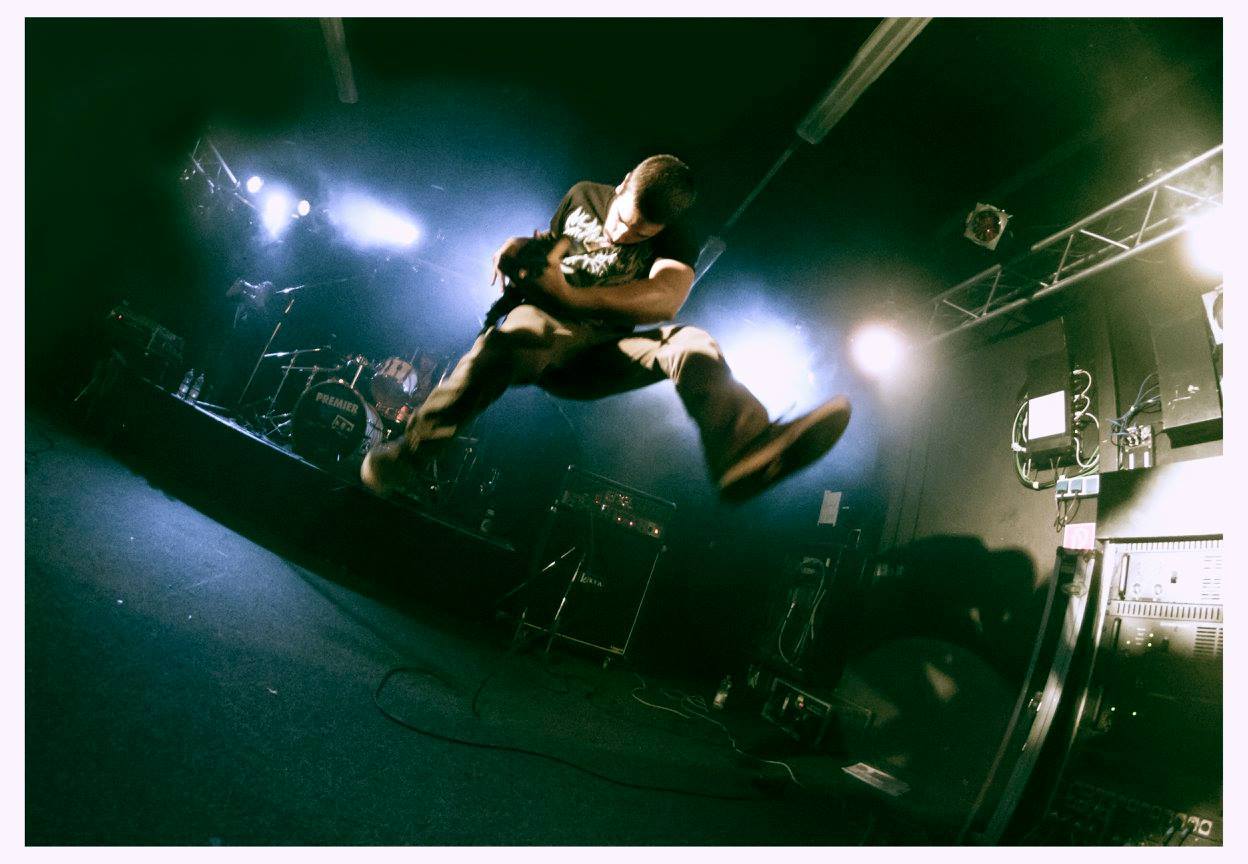 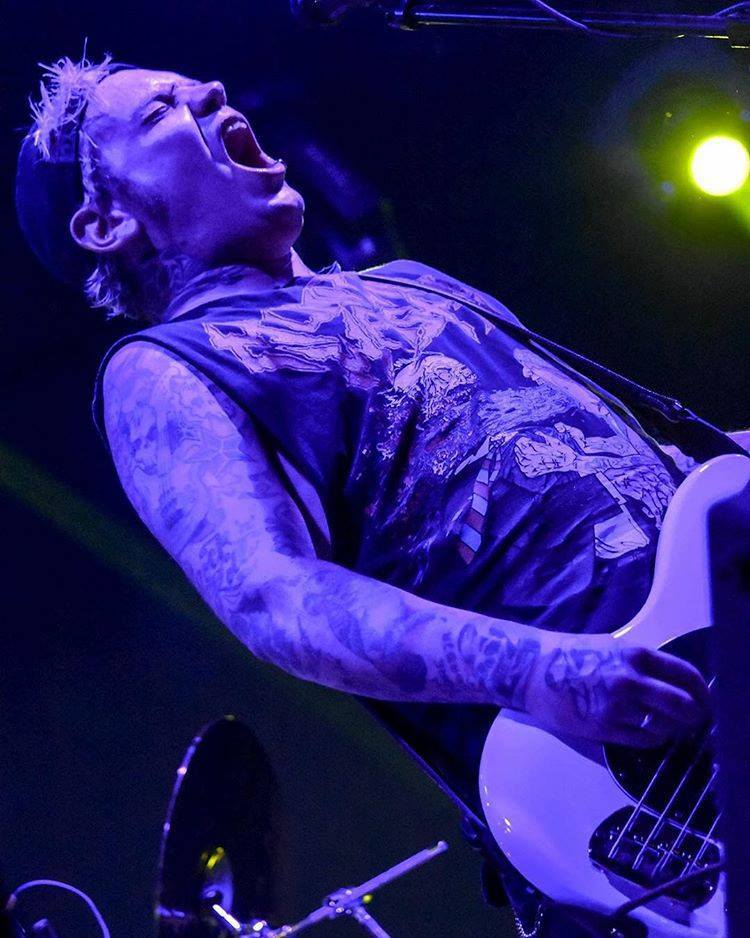 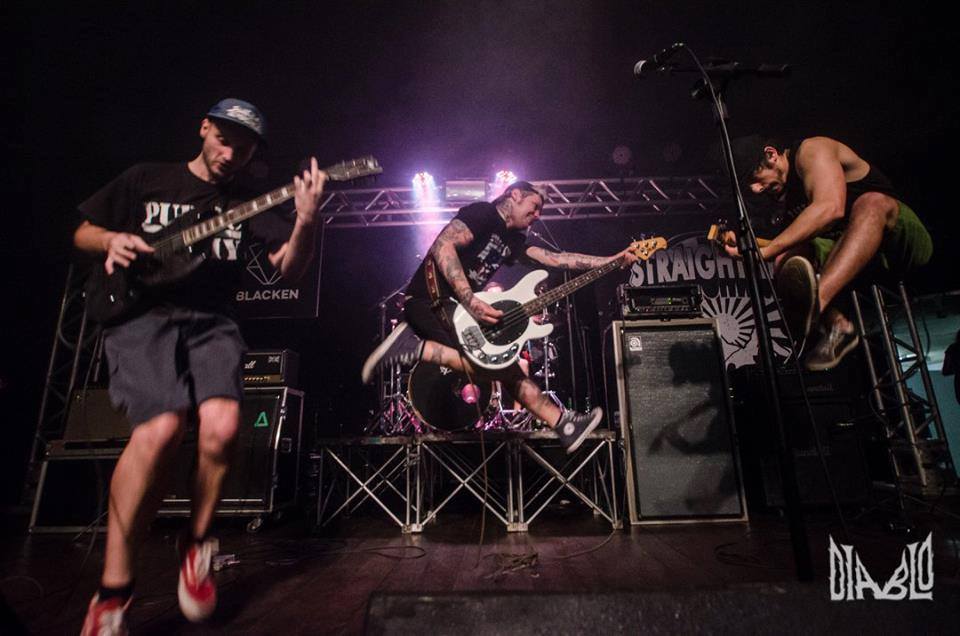 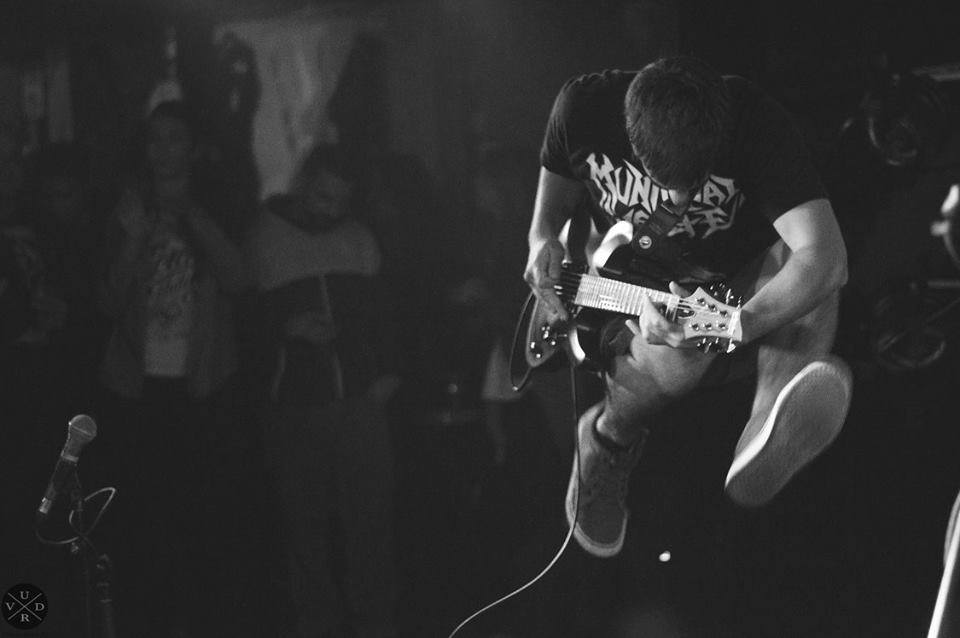 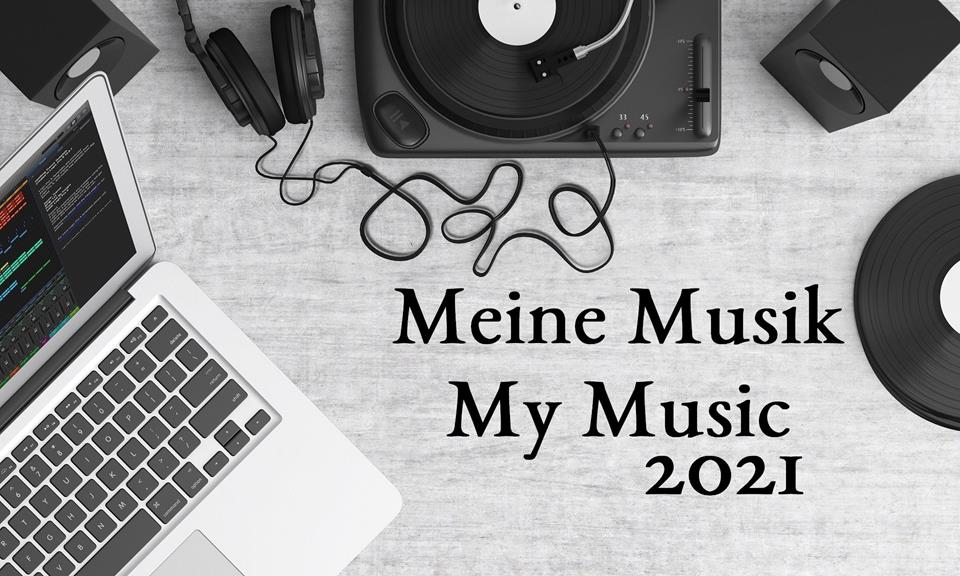 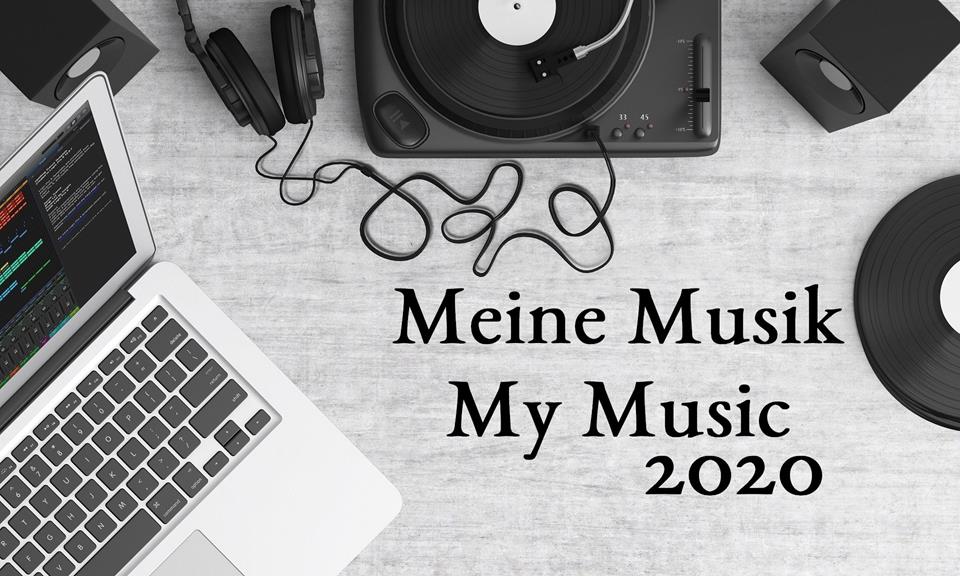