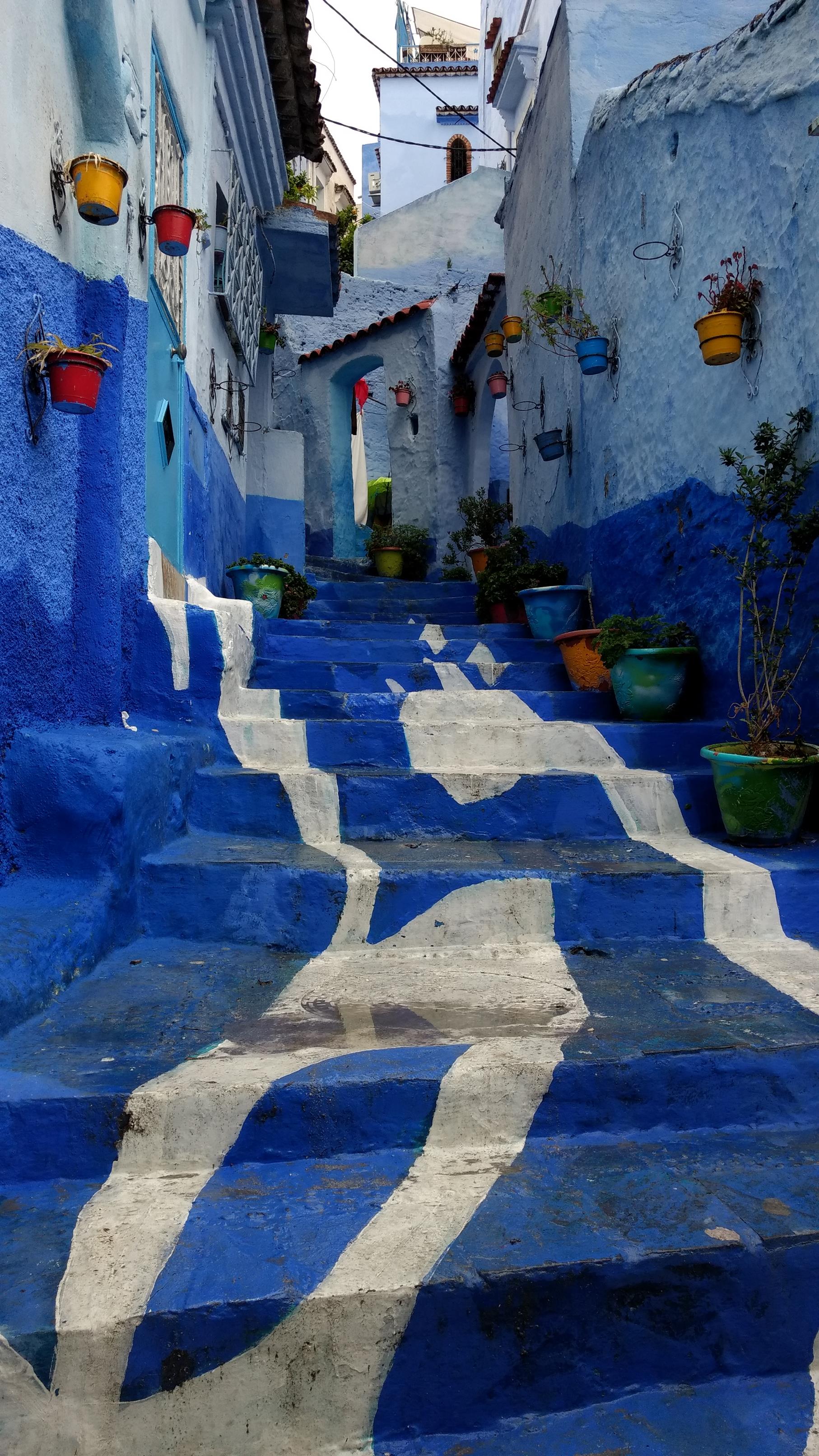 We reached Chefchaouen in the late evening and got on a taxi right away. If you take a cab in Morocco, you should always ask whether a taxi meter is on board or negotiate the price before (!) you get in. Otherwise, the trip can get overpriced. There is one thing to say about the hotels in Morocco: they are cheap, especially if you can go without much luxury. In the old town you usually live in a so called Riad. The rooms often have no windows. If they do, they only face the courtyard. In order to provide fresh air, an air conditioning system is usually installed. You should pay attention to this, otherwise ther room can get unnecessarily hot and sticky.

Things you find on the marketplace 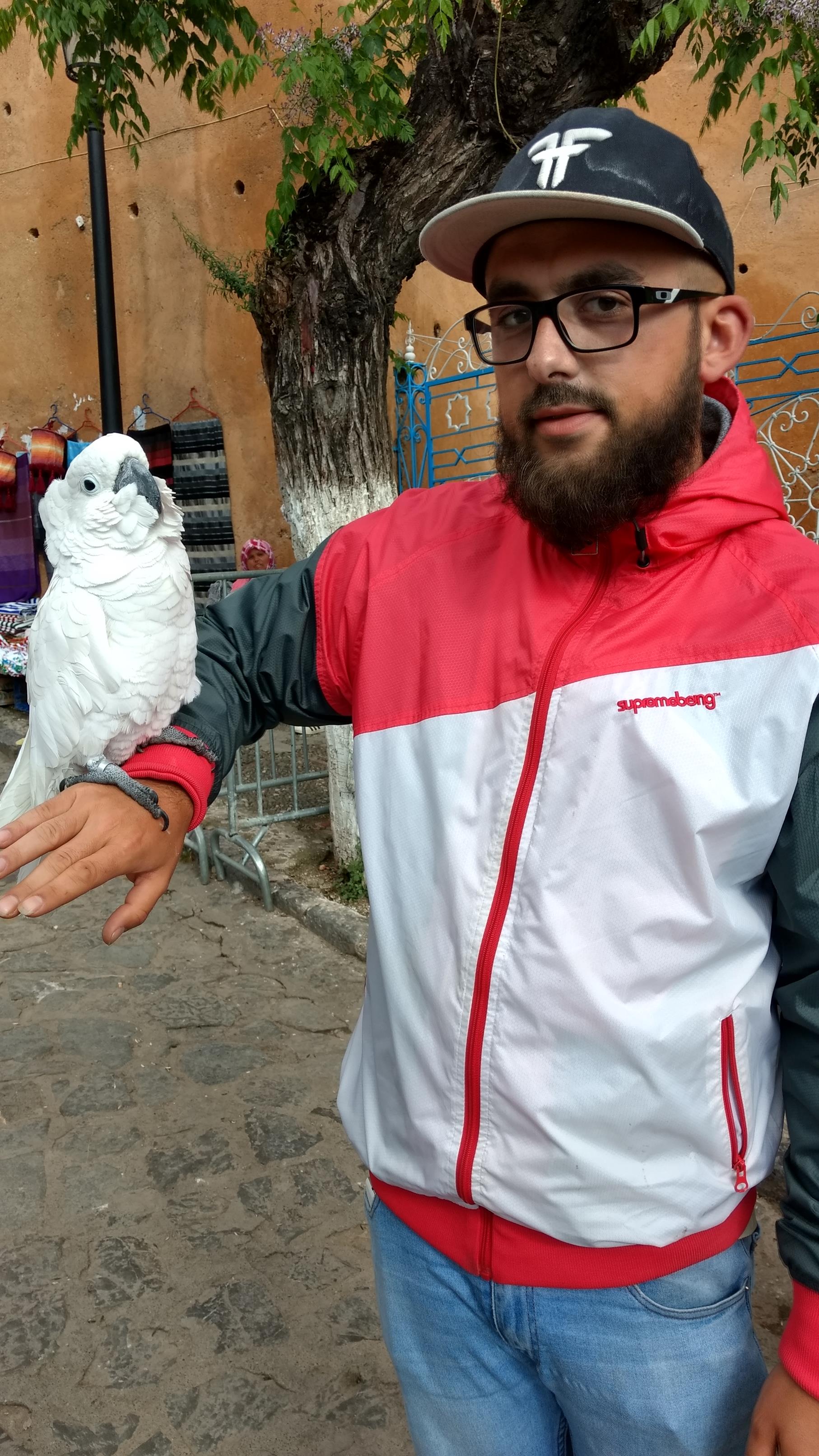 In the best cafe in Chefchaouen 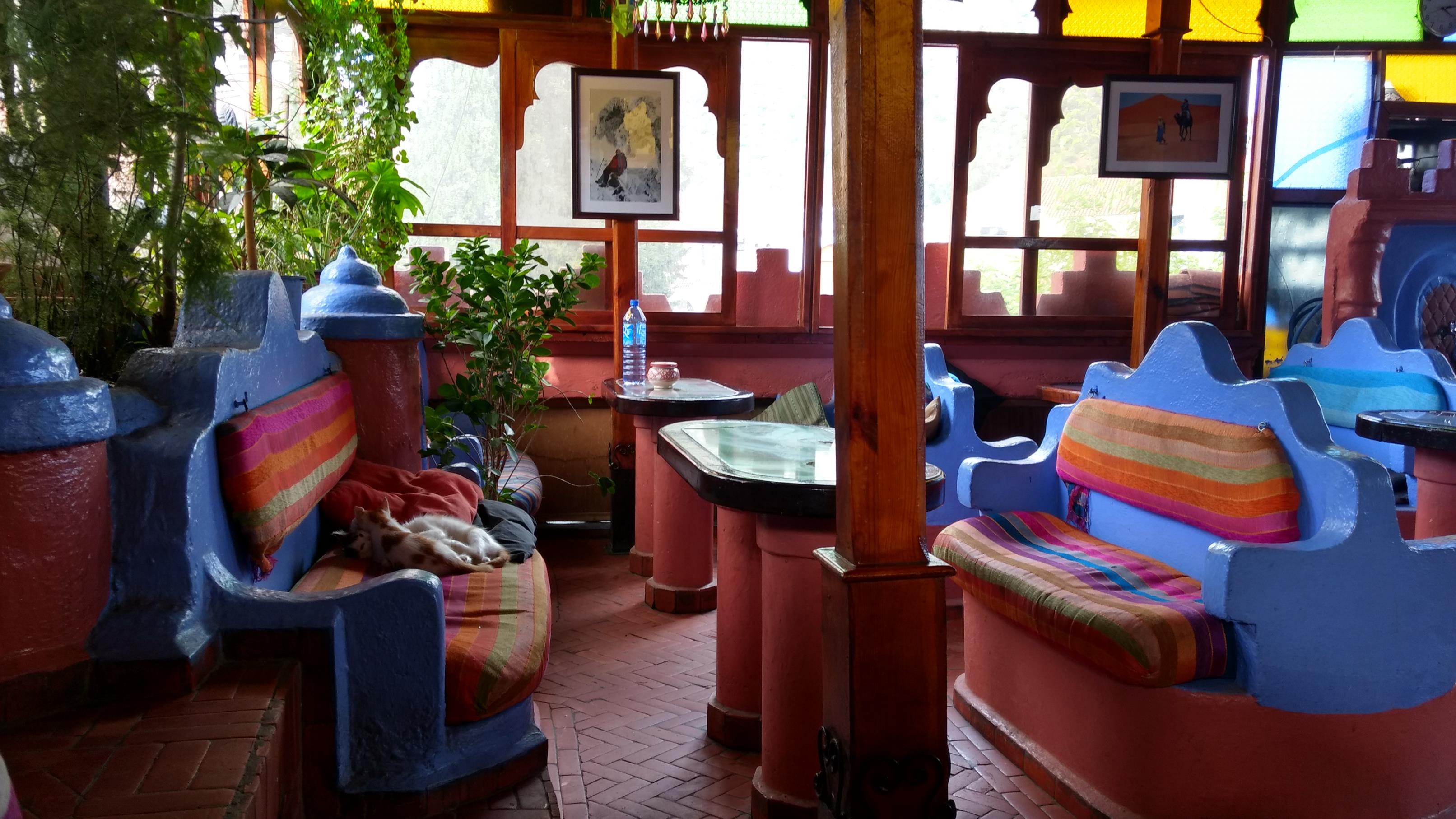 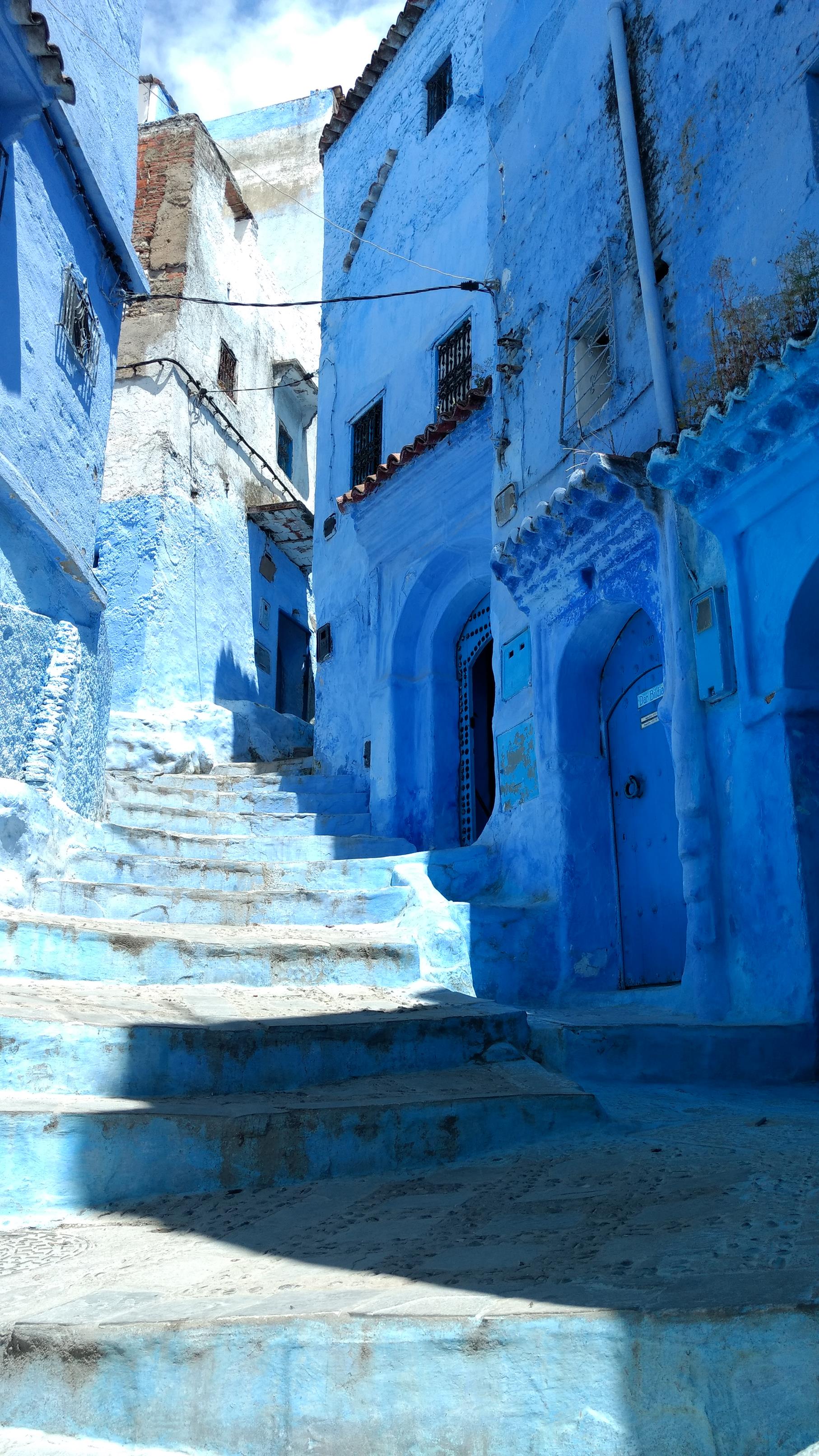 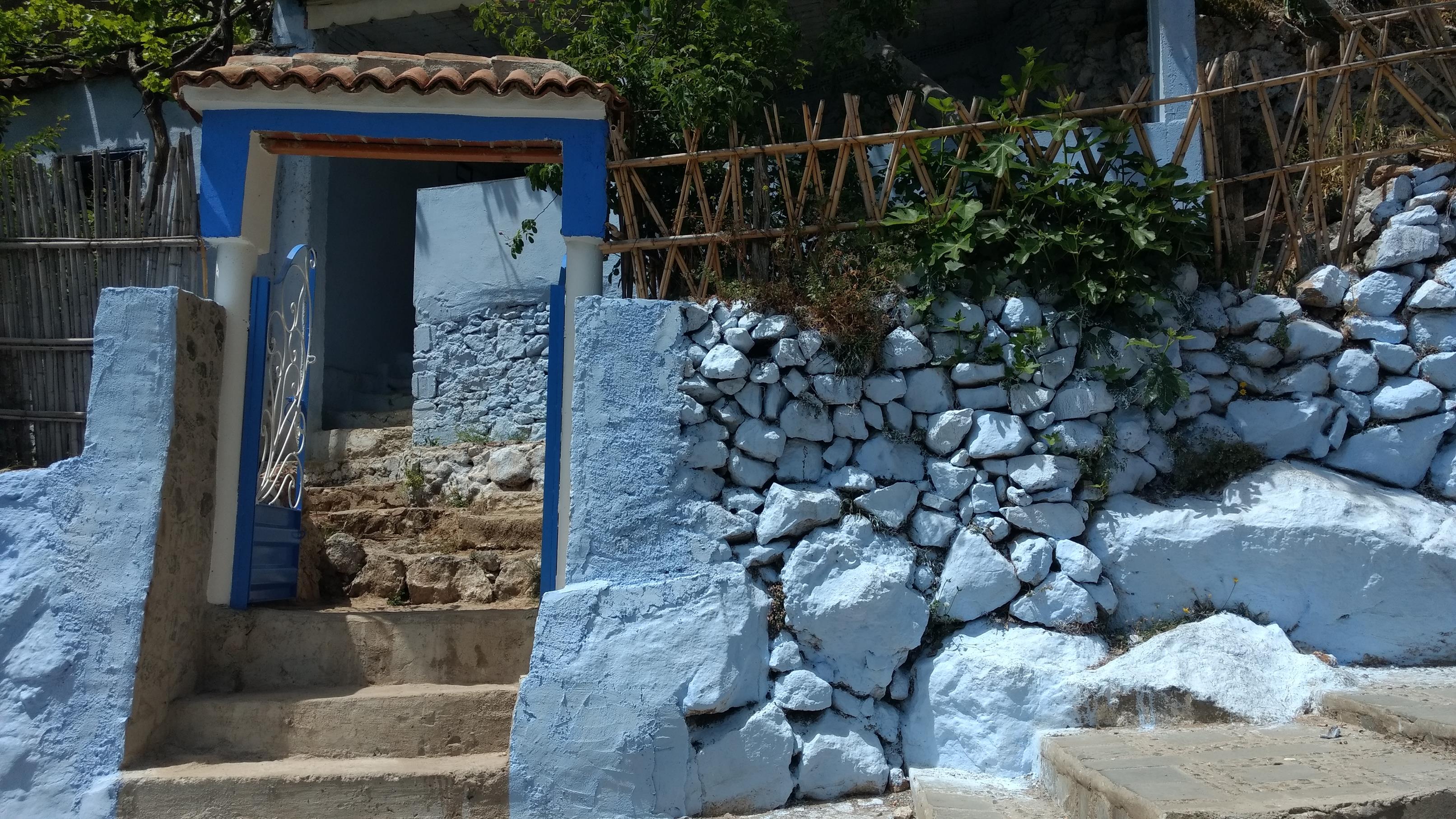 The taxi driver took us to our hotel, right in the middle of the beautiful medina. Chefchaouen is also called “the blue city”, due to the entirely blue painted old town. The coating is intended to protect against the “evil eye”. Legend has it, that there are people possessing magical powers, but often don’t know anything about them themselves. Through their gaze a person’s possessions can get damaged or lead to disaster or death. In order to protect against this gaze, “Fatima’s hand” is applied or painted on walls, doors and gates. It represents a hand in an upright “stop” position, usually also provided with an eye. This symbolism is often encountered in Morocco. 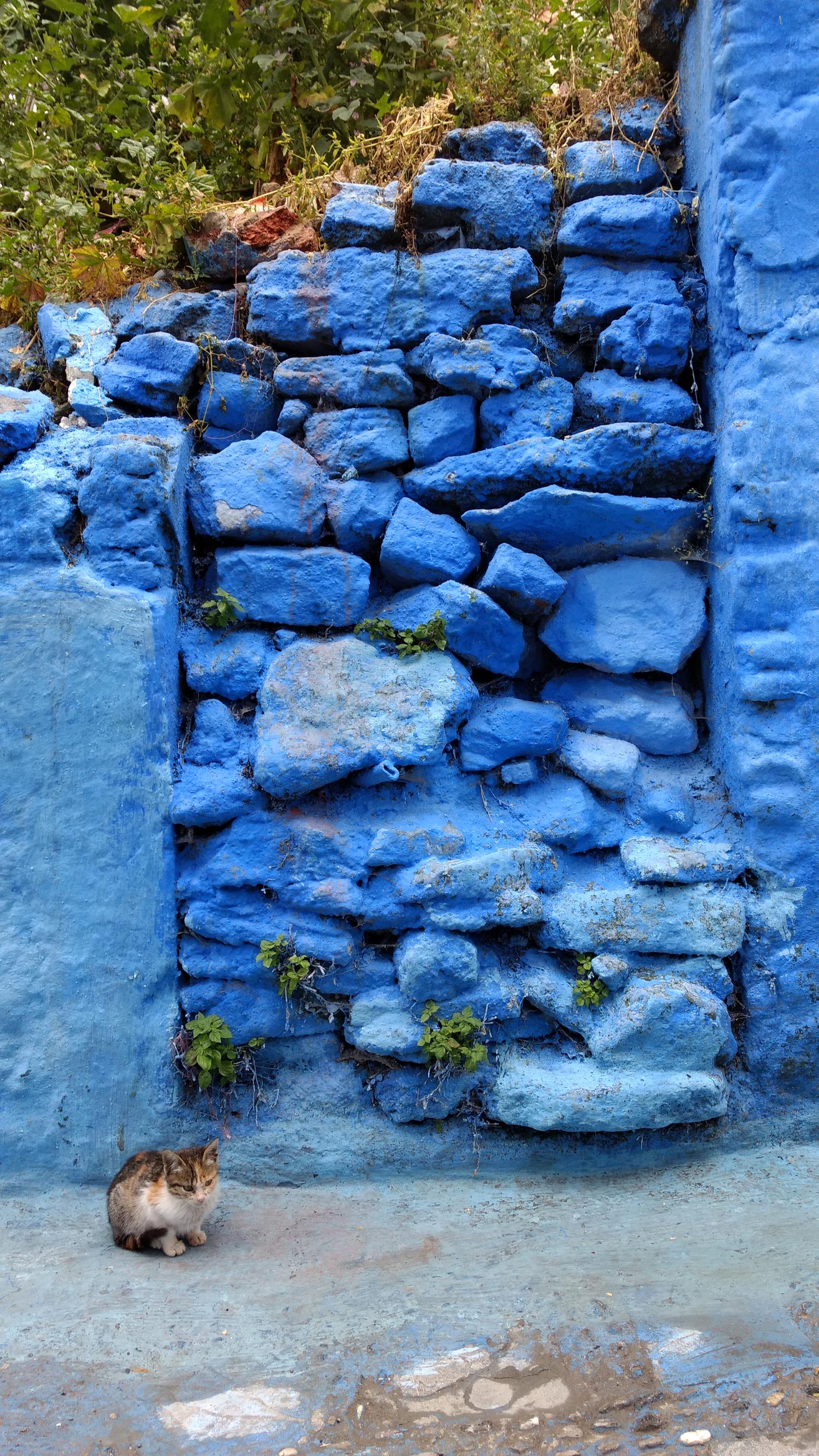 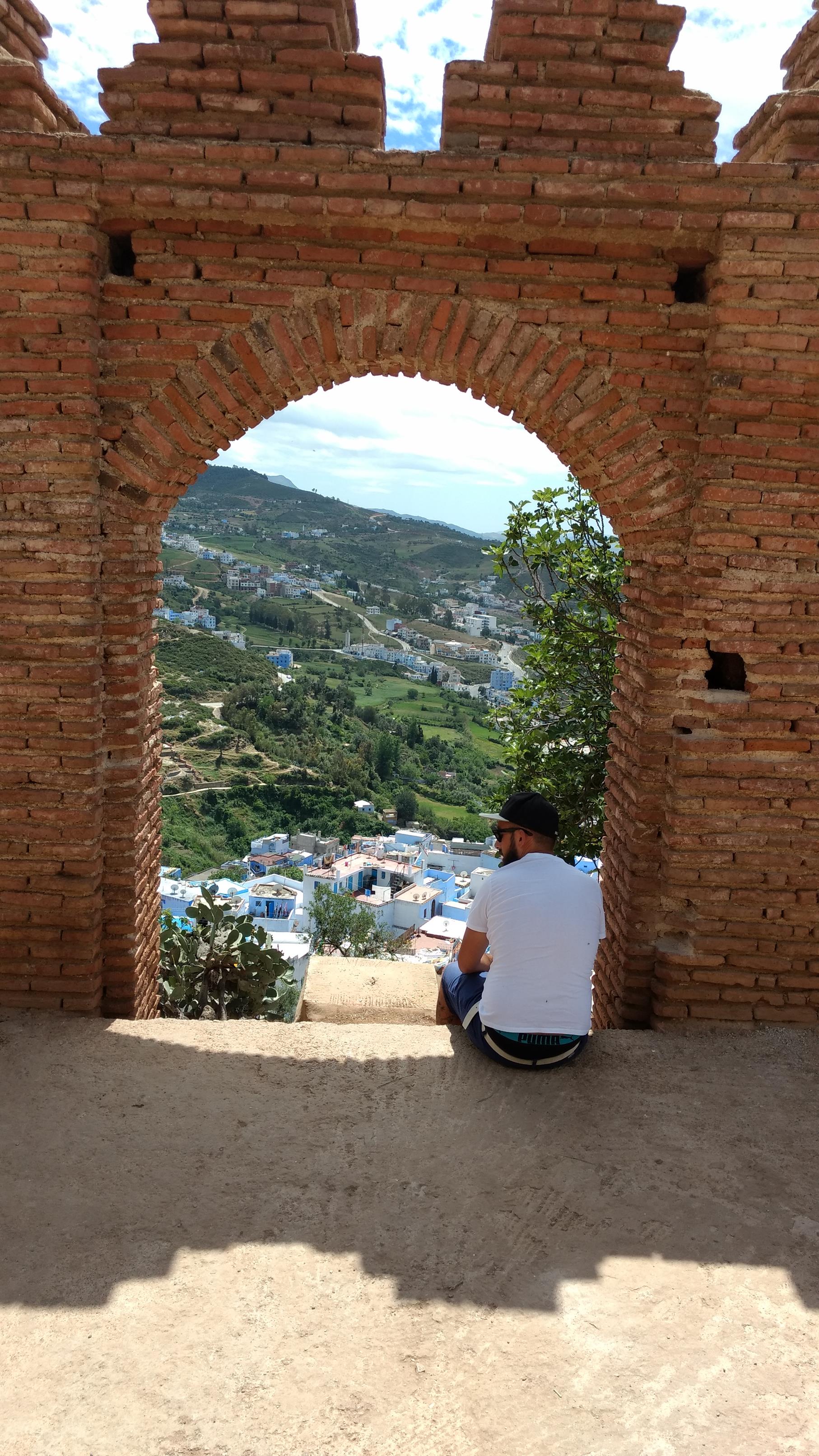 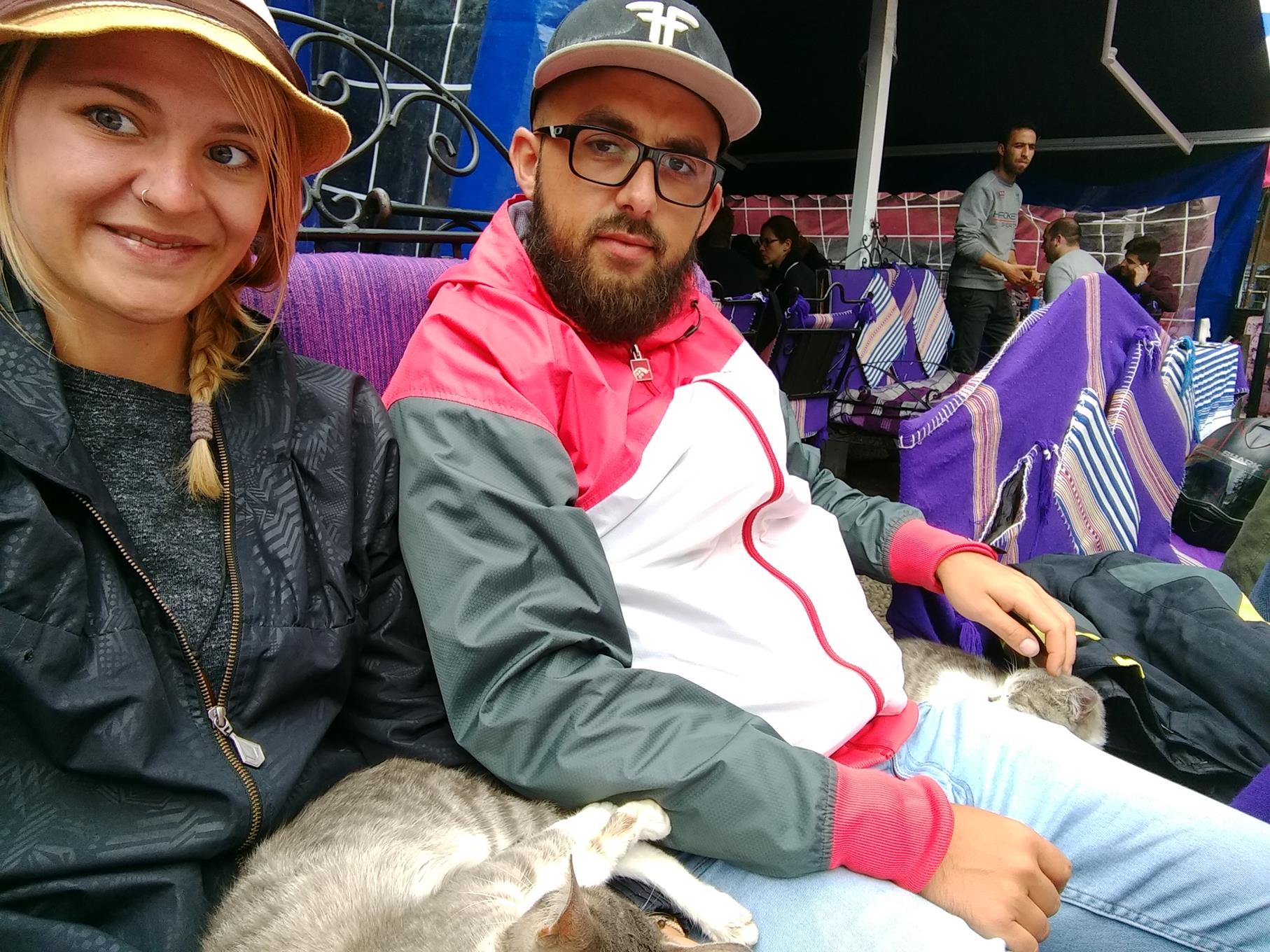 The city has 45,000 inhabitants and reminded me of Essaouira. The main reason were the friendly and courteous people. In addition, there is a very relaxed atmosphere throughout the city. There are no merchants that want to sell a carpet or spices by hook or by crook. A sales pitch is much more modest than anywhere else in the country. One of the merchants even helped me with his medicine: a tea made of various spices and herbs against the stomach pain I still had from Casablanca. Whether the tea or the two more days of bed rest helped me, I can hardly say. In any case, I bought a bath towel from the seller a few days later, just to say thank you. We spent over an hour in his shop, chatting and drinking tea. A very pleasant experience that fits perfectly into the city’s appearance. I can only recommend a visit to every Moroccan vacationer. 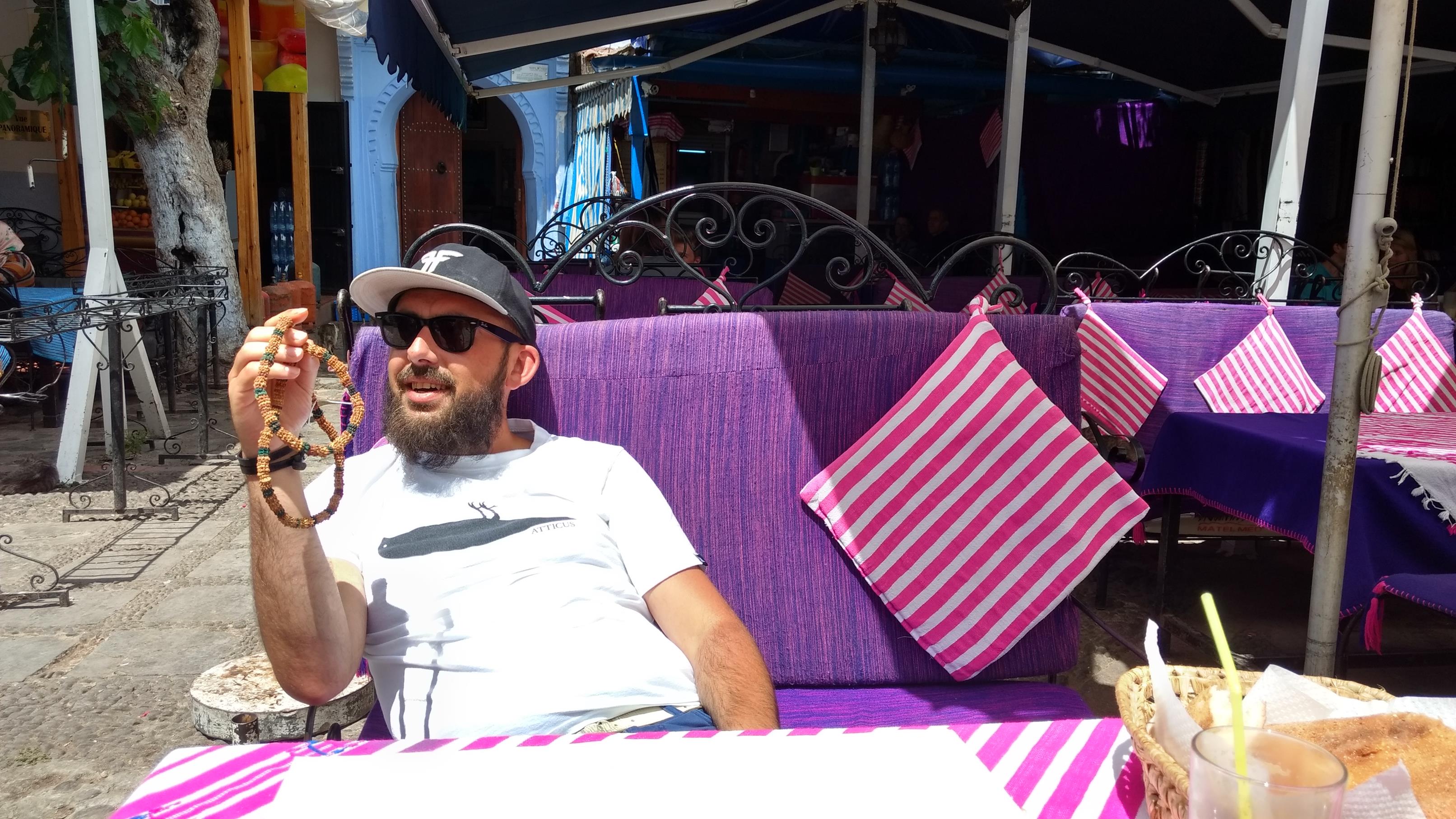 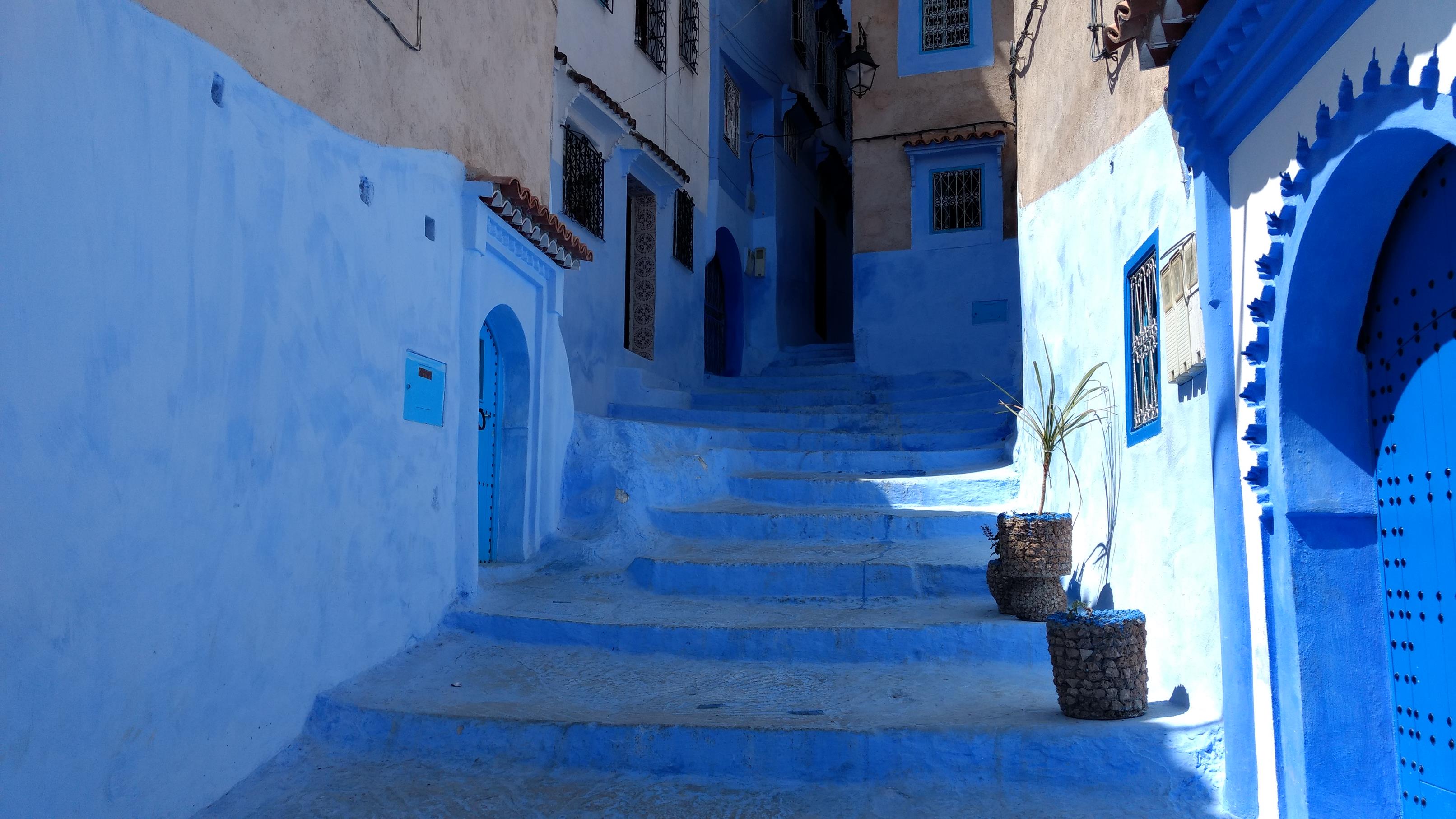 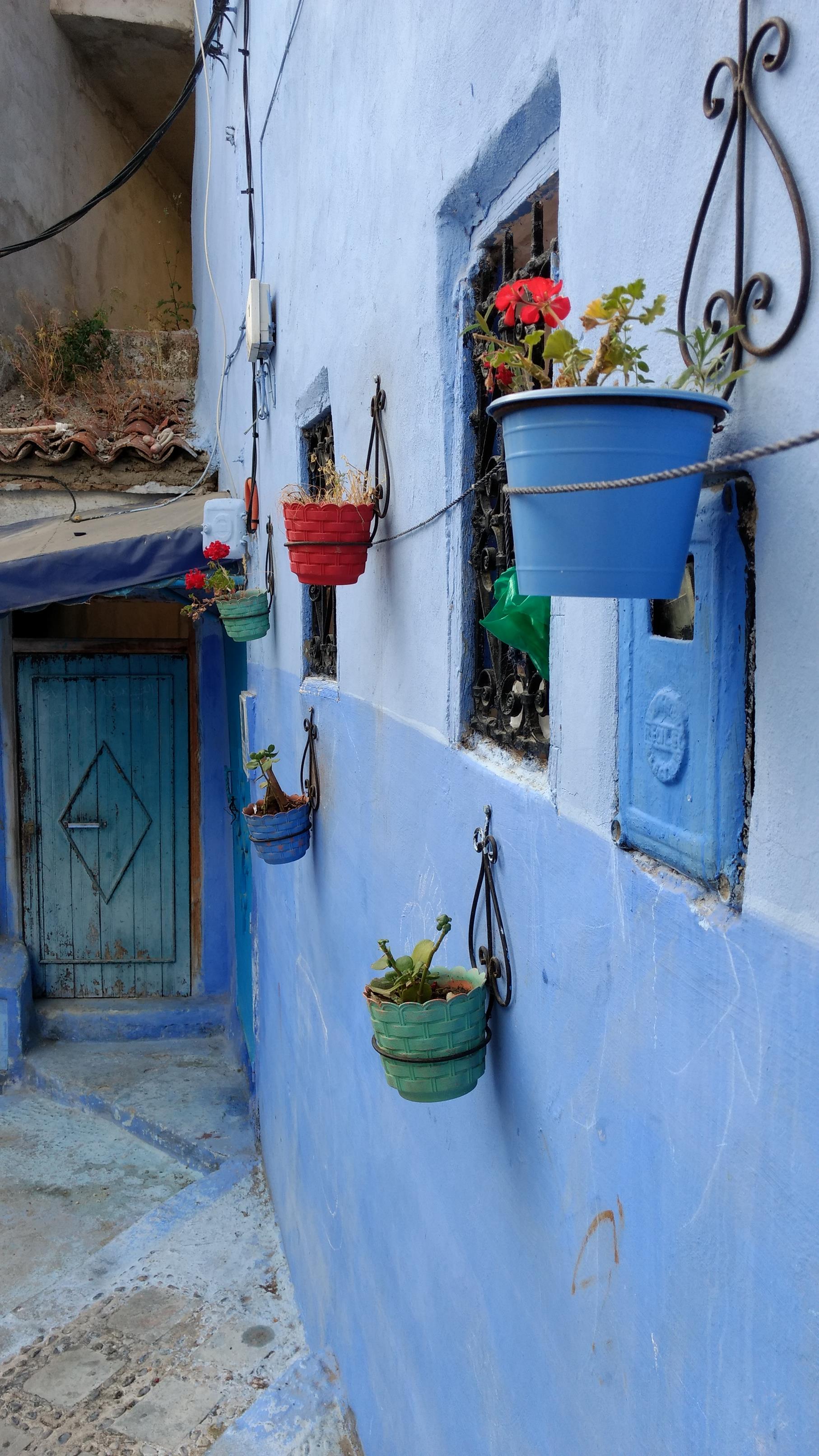 Another peculiarity of Moroccan traders is: If something falls off the wall during a visit in their shop, for any reason whatsoever, the merchants sees this as a good omen. You are asked to leave the goods on the floor: “for good luck”.  I bought three pairs of Moroccan shoes from a trader. In their jargon the shoes are called “Berber-Adidas”. Some products fell off the wall without any influence and all if a sudden, the trader wanted me to buy something, so he would have “Good Luck” in the next few days. If he hadn’t sold me anything, he would be hunted by bad luck. He was convinced. I was okay with it, the shoes were very cheap. 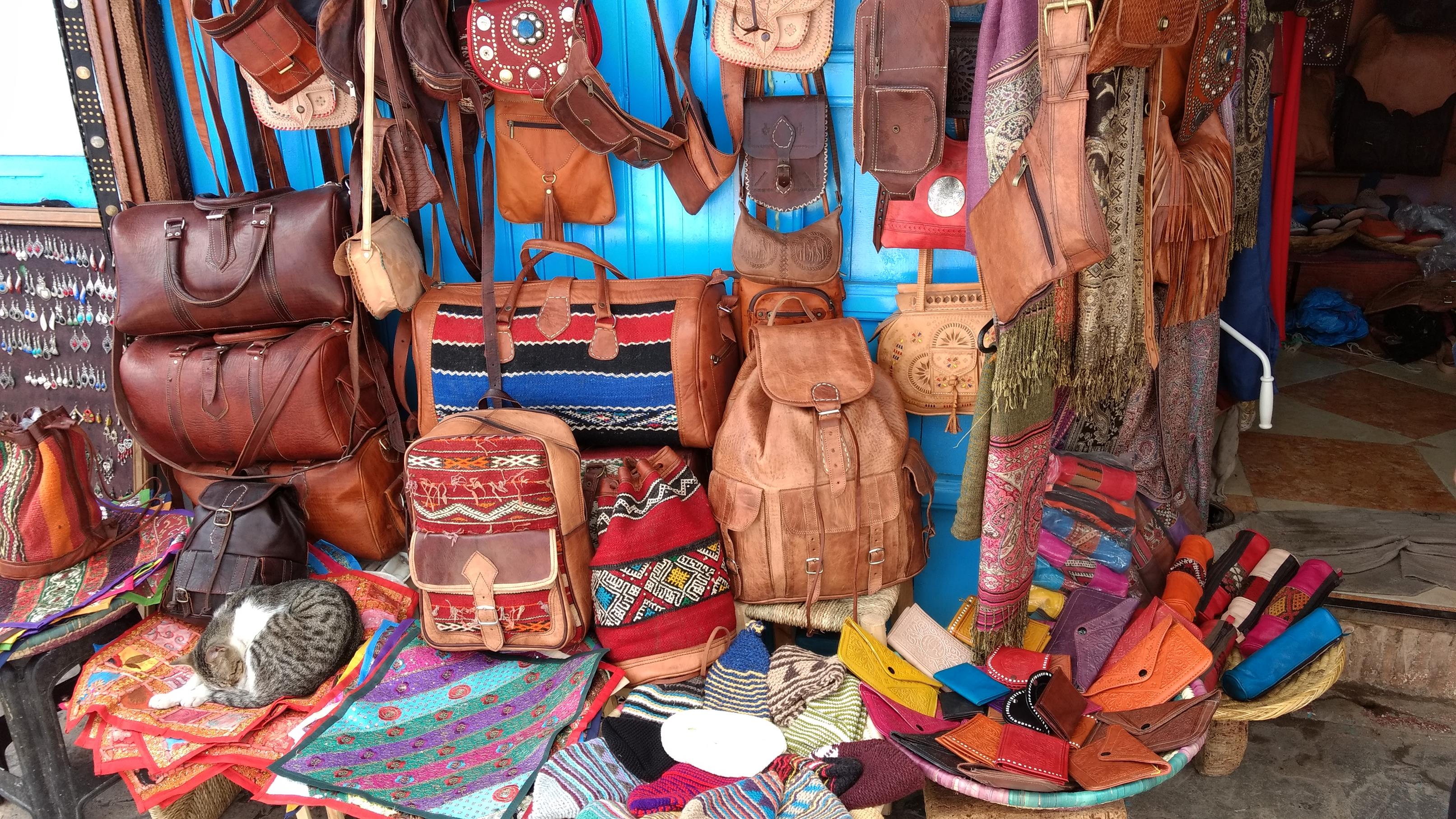 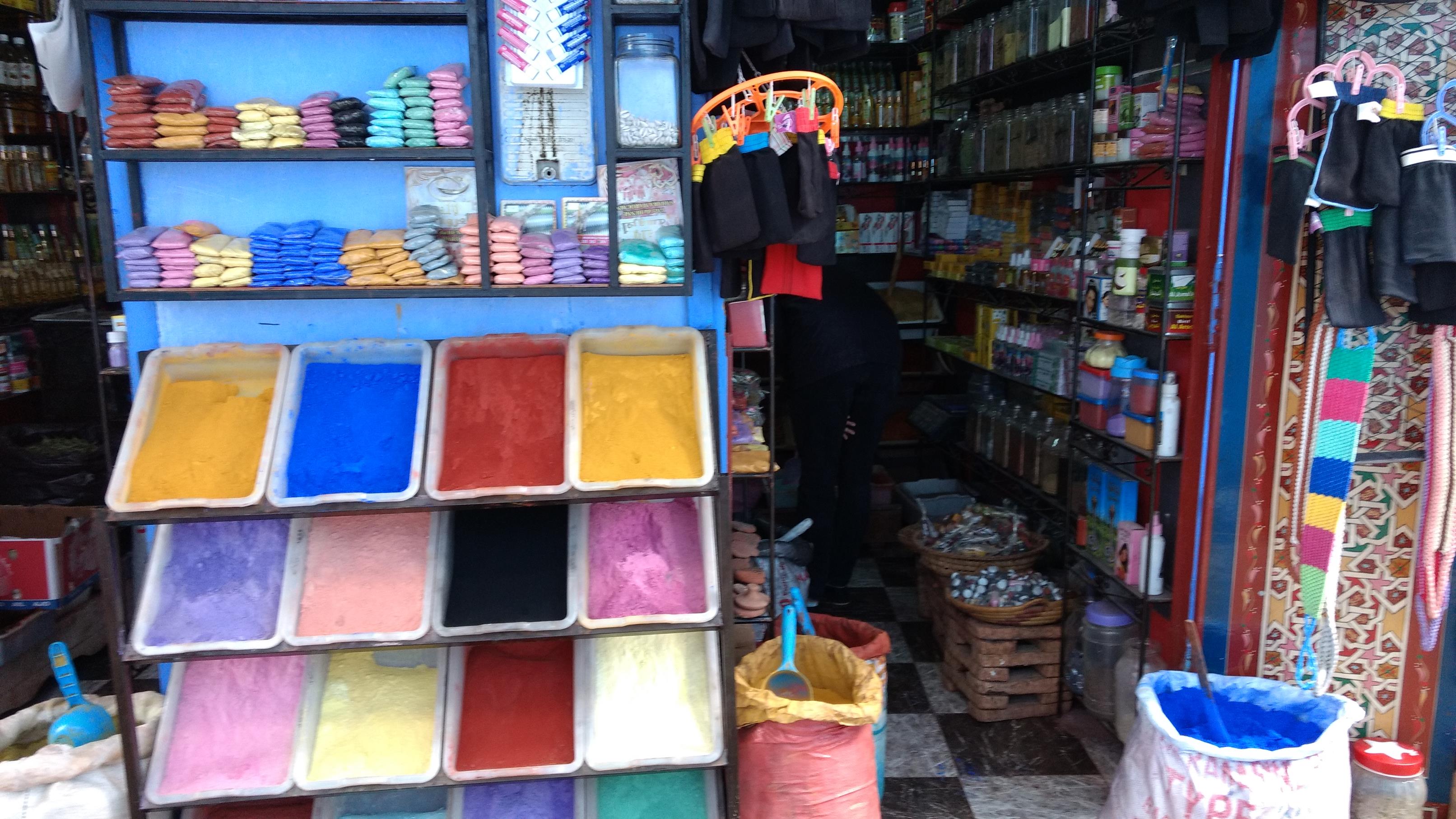 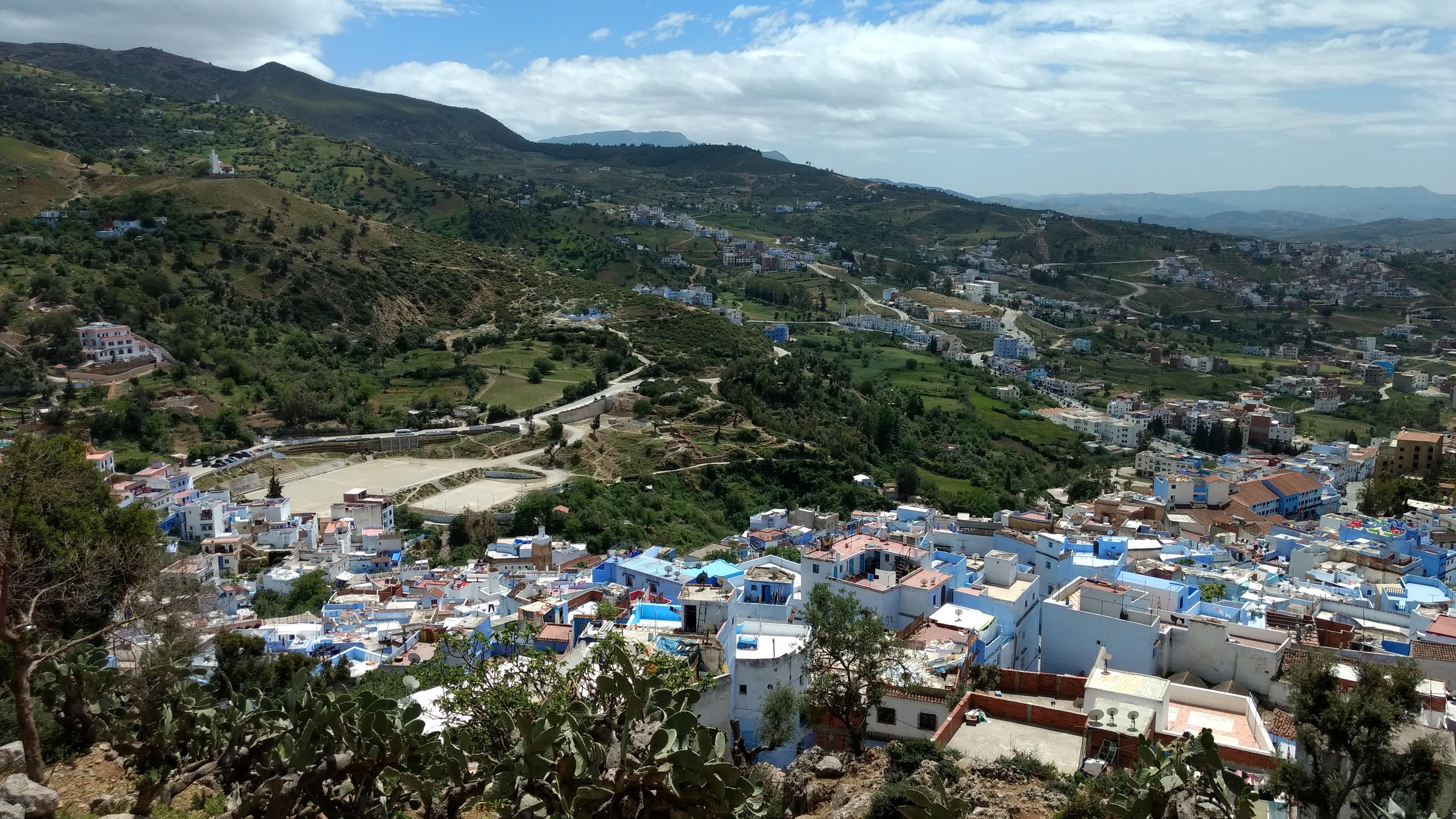 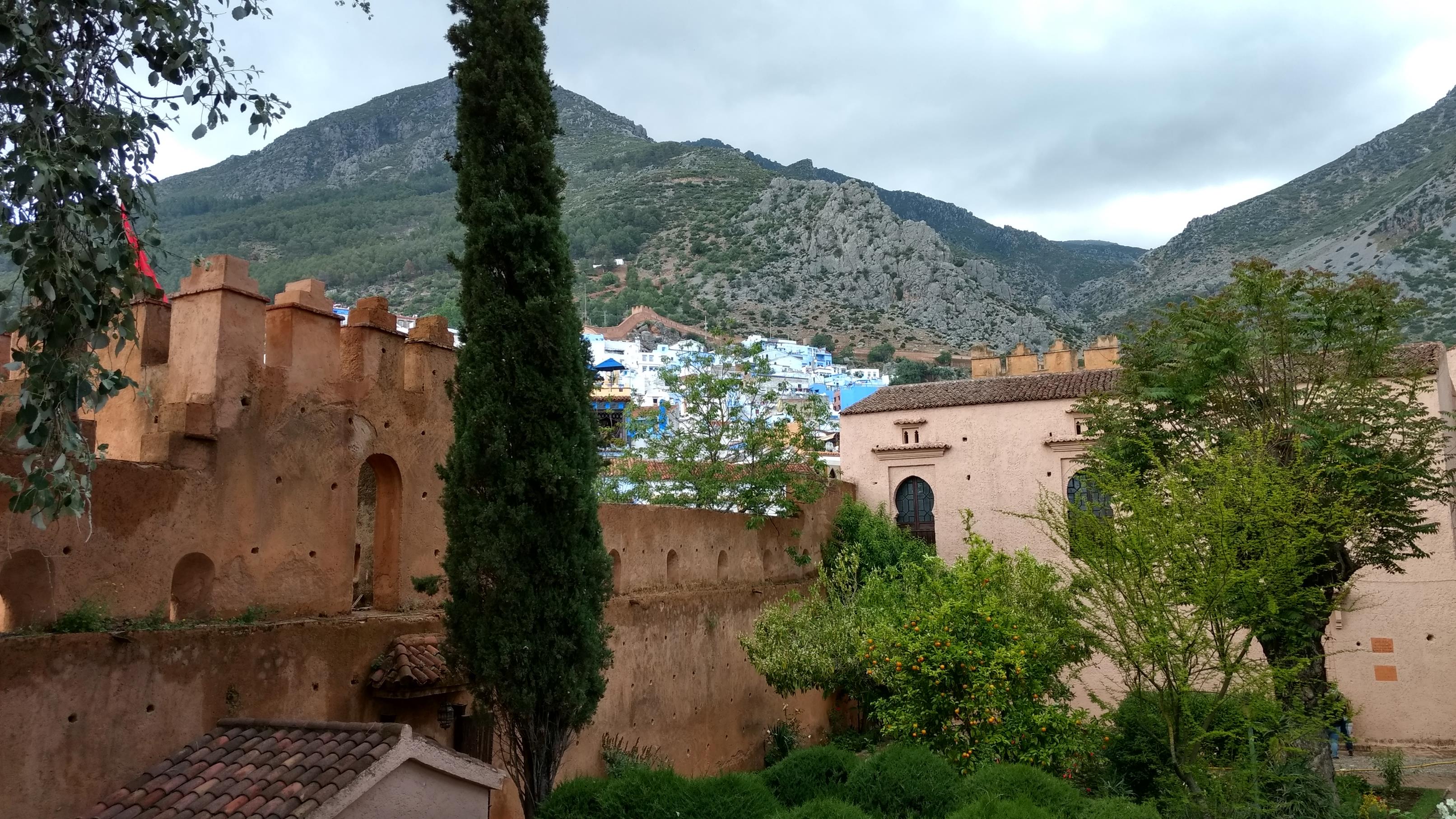 The main attractions of the city are the old town and the old fortress on the village square. But, you can spend days just walking through the alleys. In the evening, you will be very tired. Eventually, Ypu always walk up- and downhill, as the old town is built right next to a mountain. But I prefer to let pictures speak about the alleys. 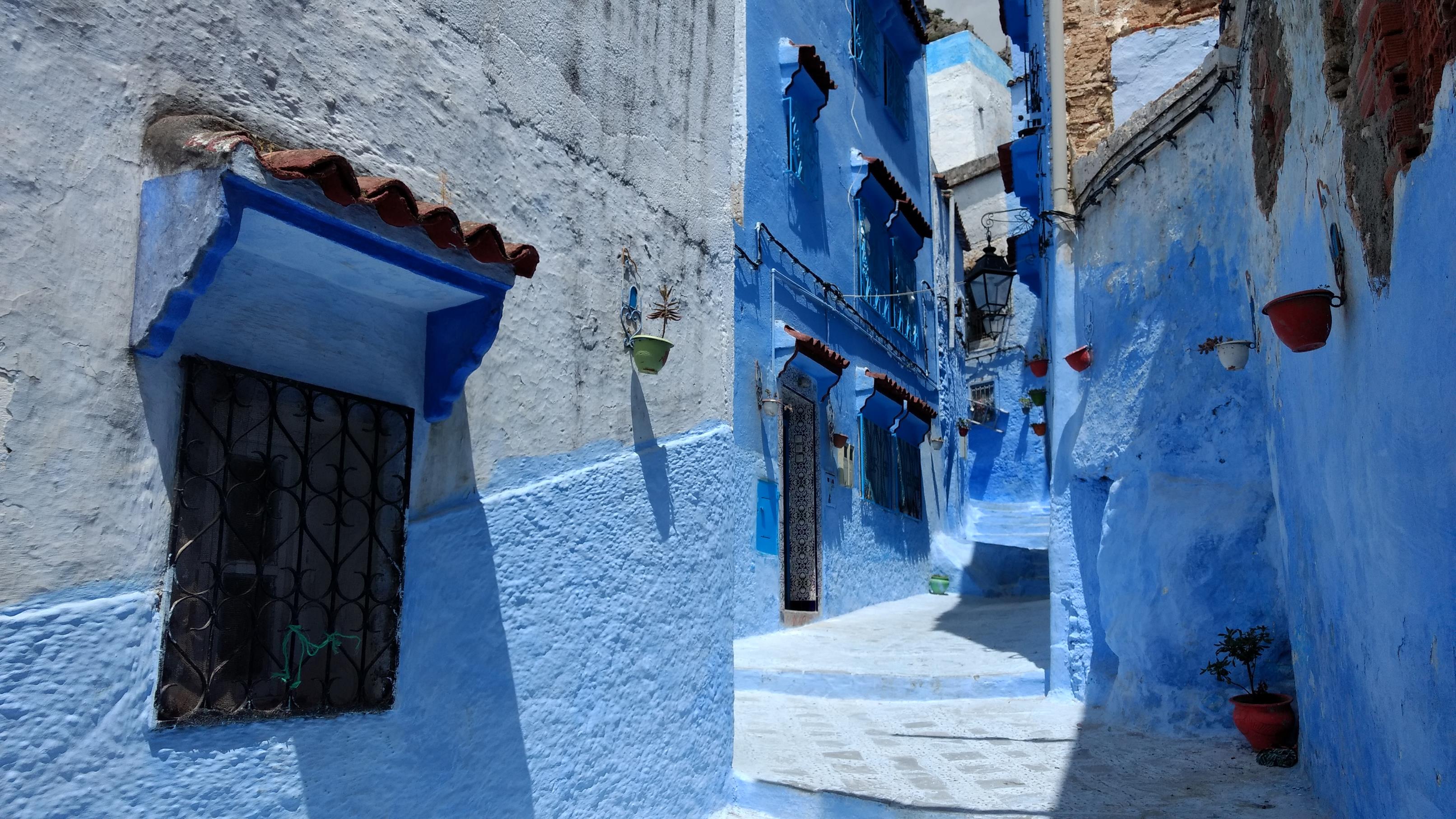 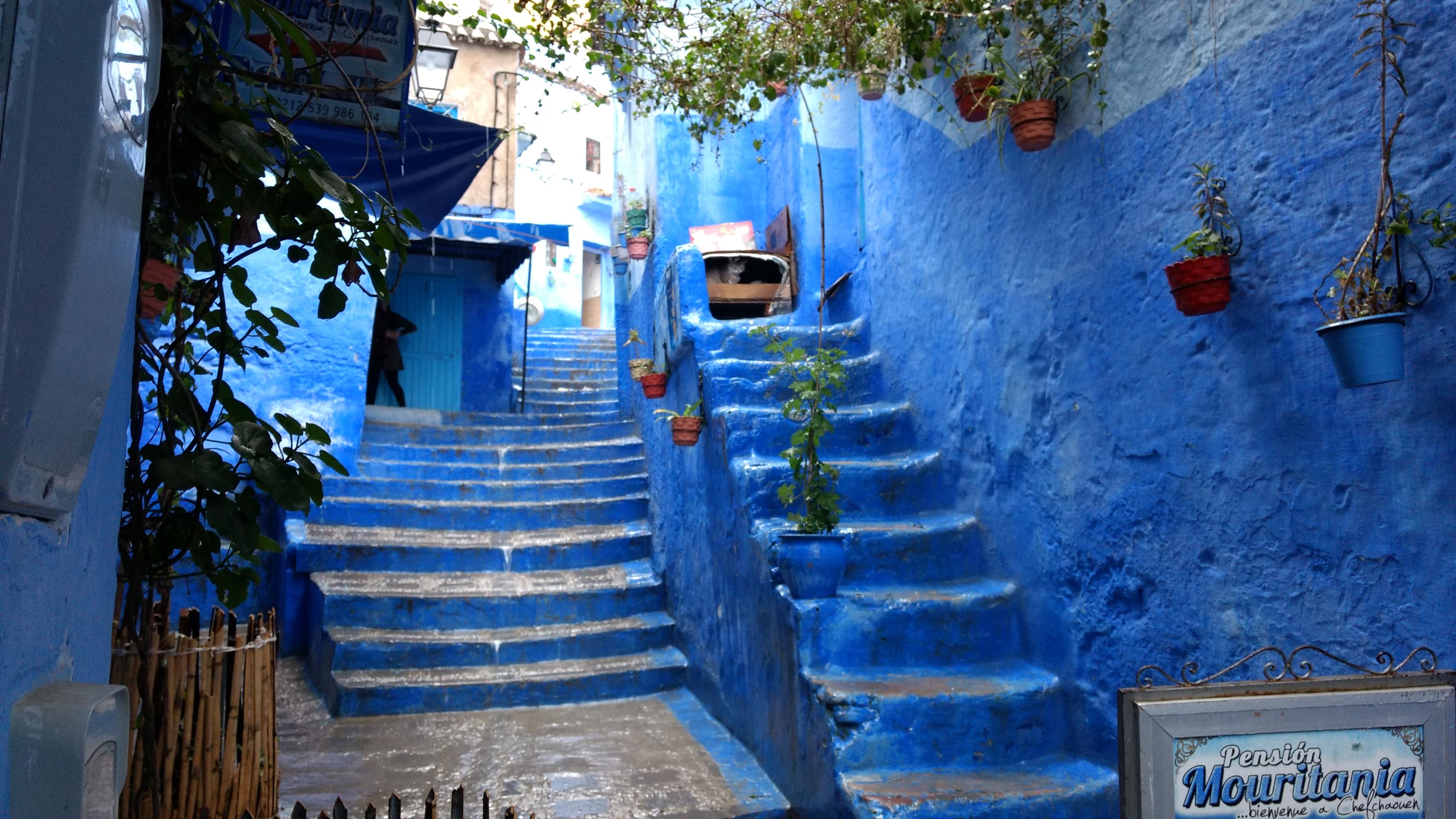 Even more colors and craftsmanship that the locals sell 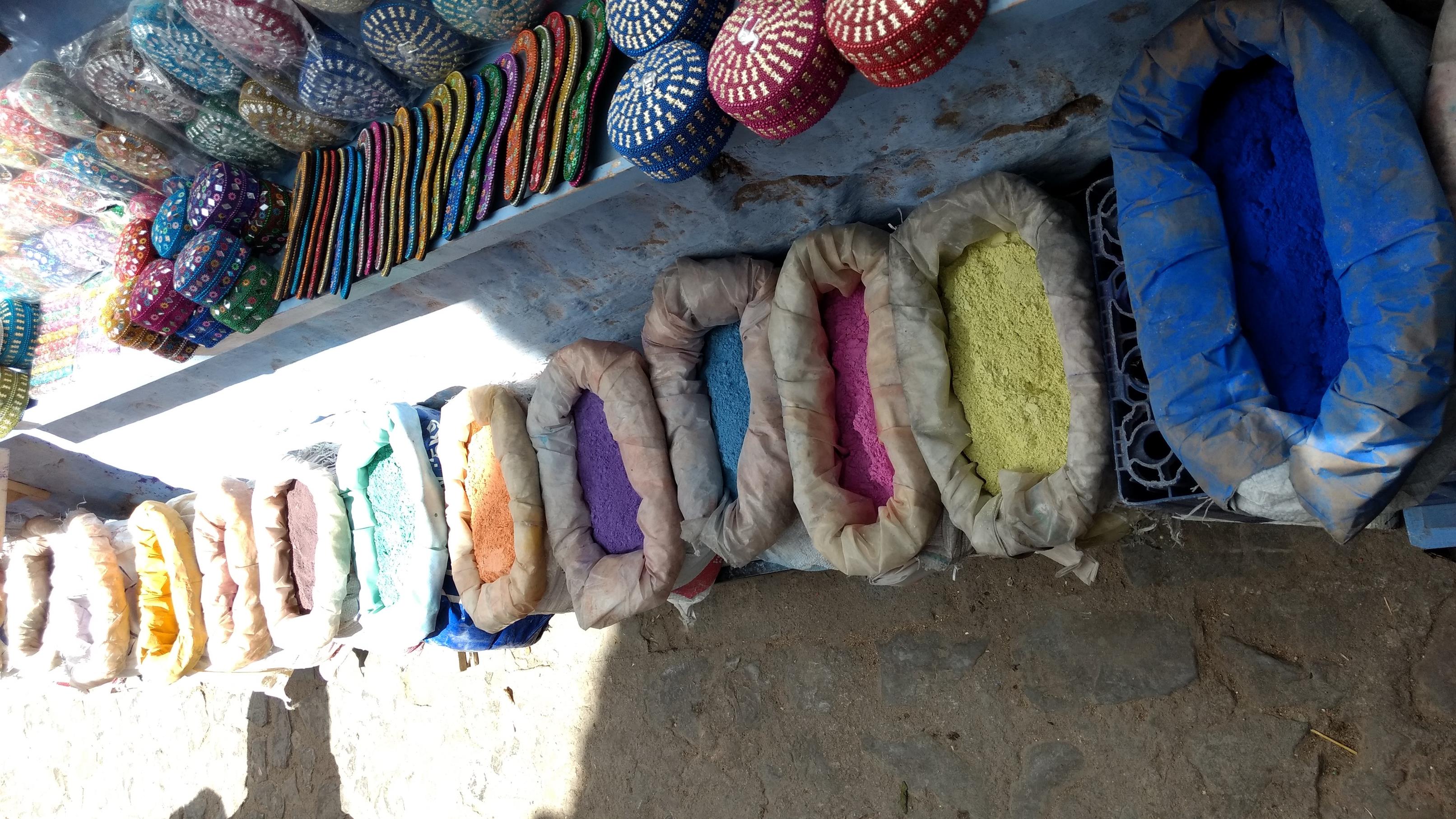 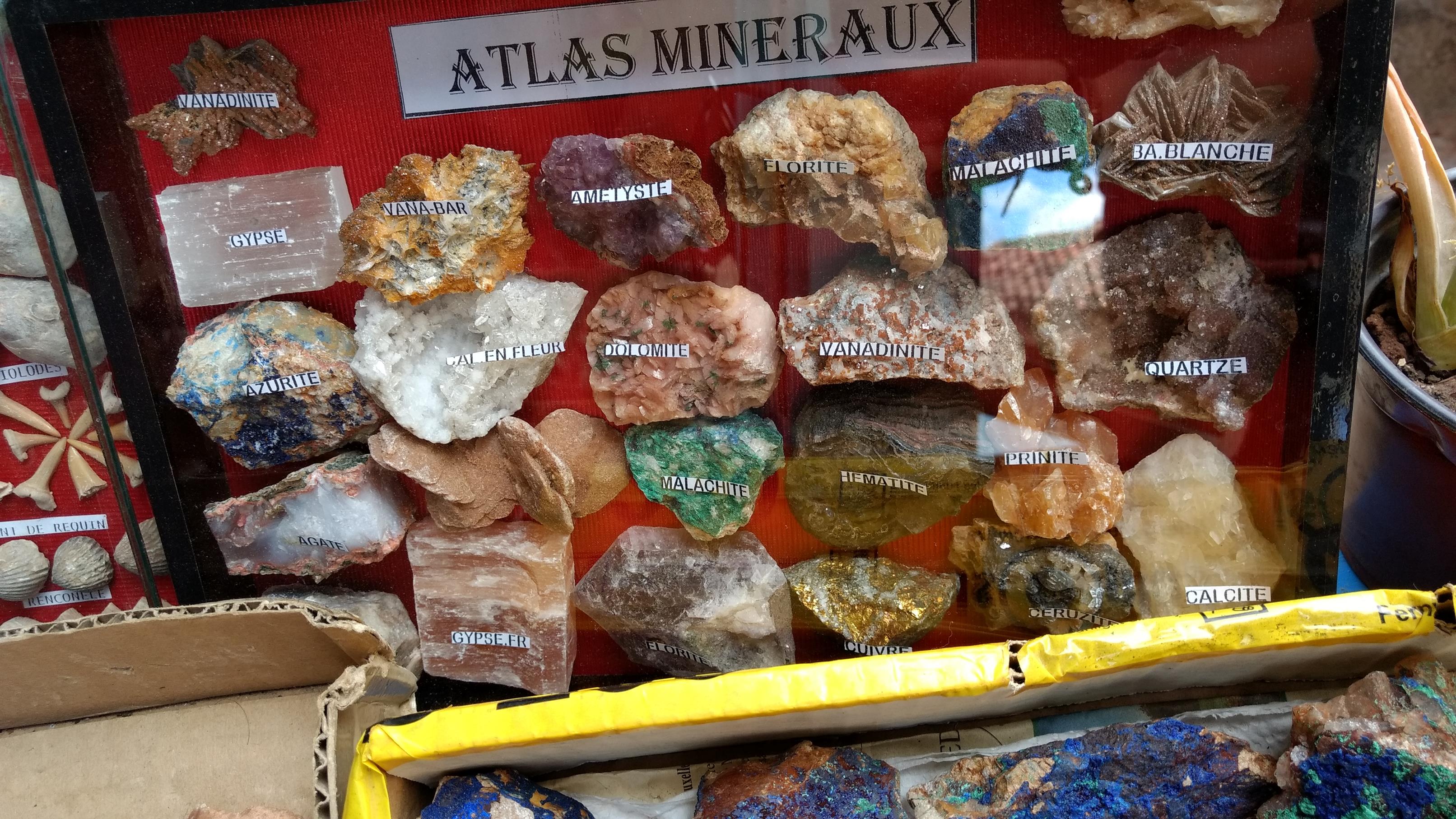 At the edge of the inner city 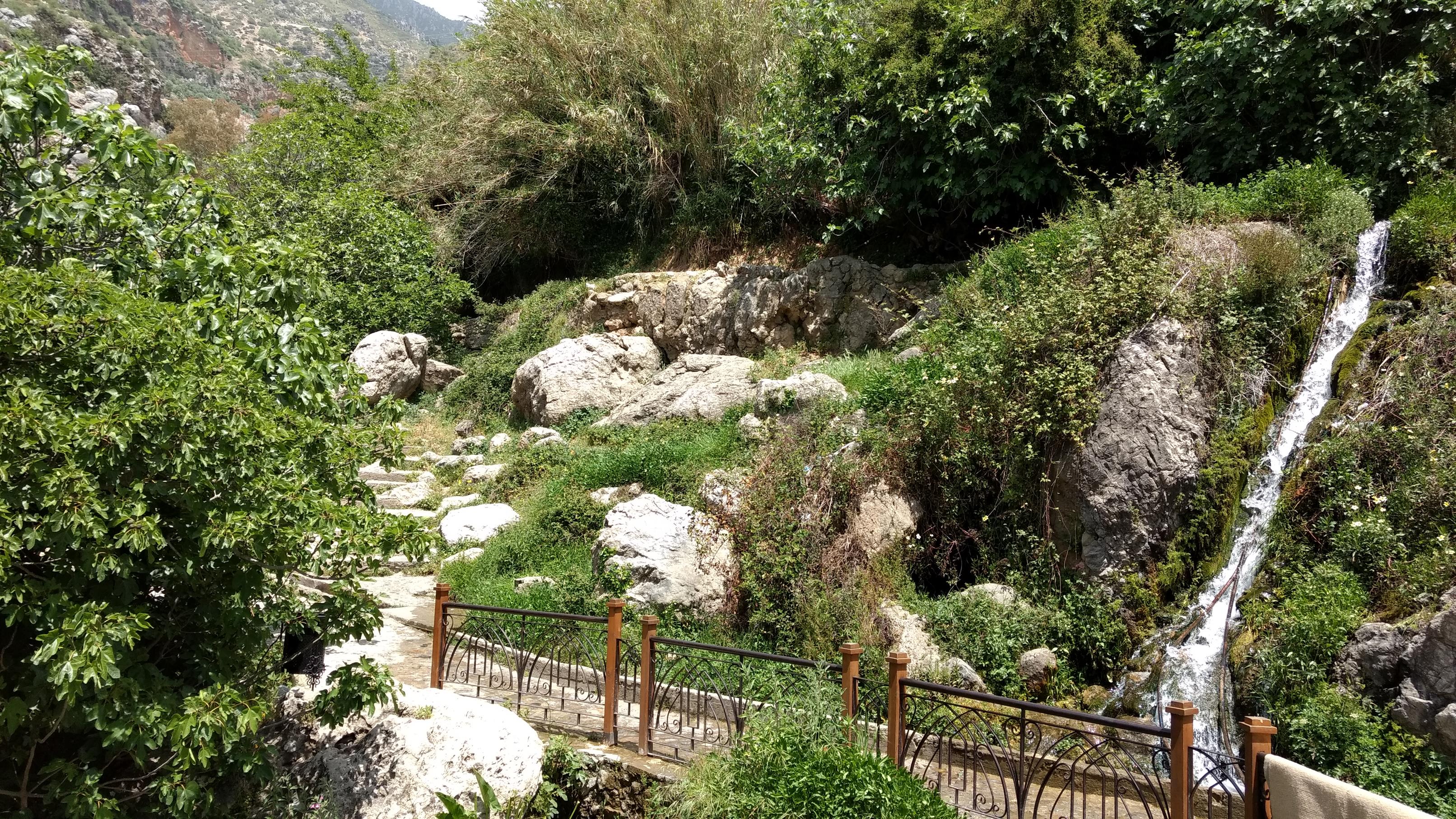 Otherwise, I can recommend a short hike outside the city. The view is amazing. We had one of the few rainy days during our stay. The water flows down the alleys and the blue color gets even more intense – the city appears magical, like from a fairy tale.

Selfie with a goat 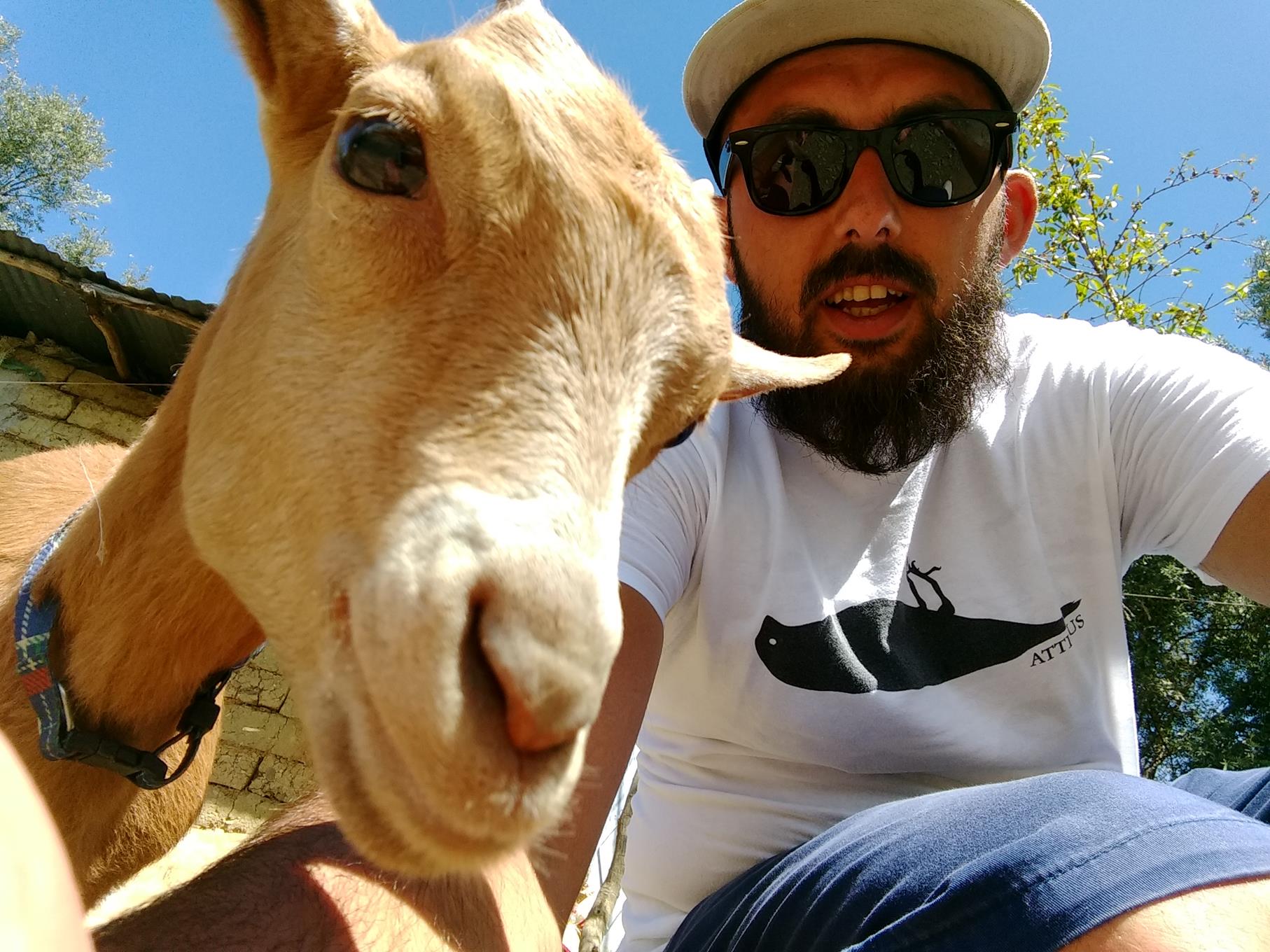 In total, we spent one week in Chefchaouen. Afterwards, we went on to Meknes and Fez – more about this in the next article.