We took a bus from Essaouira to Casablanca, got out at the bus station and took a cab to the city center. The first contact with a local was a passerby, who kindly reminded me to put my mobile phone away: I was in Casablanca, after all. A strange start into this world-famous city. Still, I can say I felt as safe as anywhere else and the passerby seems to have only meant well. 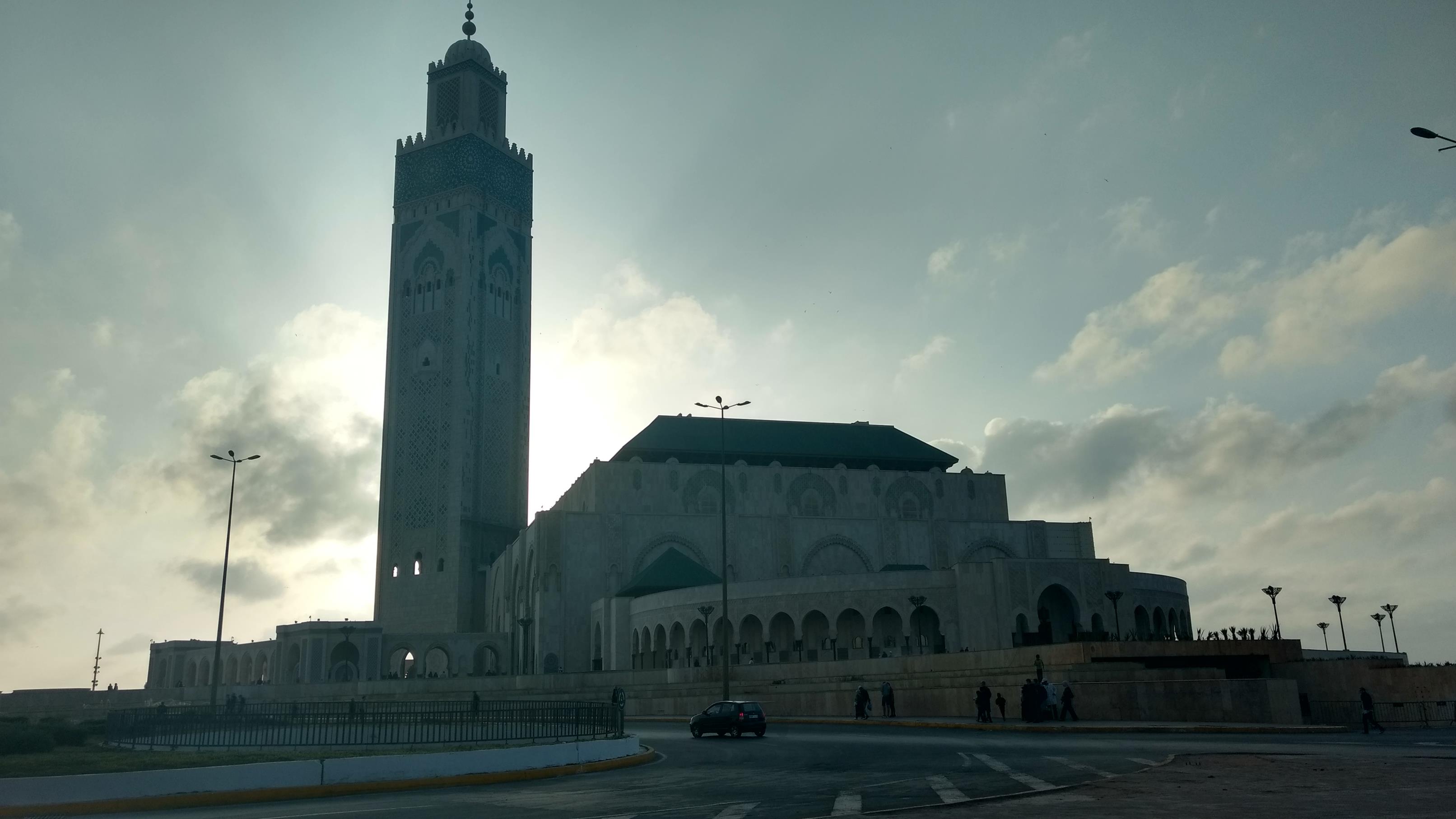 When we arrived in the medina, we were surprised, as the urban image was very different to Essaouira. The streets were dirty, crowds pushed through the narrow alleys and there was a hectic big city atmosphere in the air. We searched for a cafe and got a cup of tea, while checking the location of our hostel via WIFI. As always, we had been looking for accommodation in the medina, although I would not recommend doing so in Casablanca. The alleys are very nested, everything looks the same and there are hardly any landmarks.

In the middle of the city center, but also the worst picture I’ve found 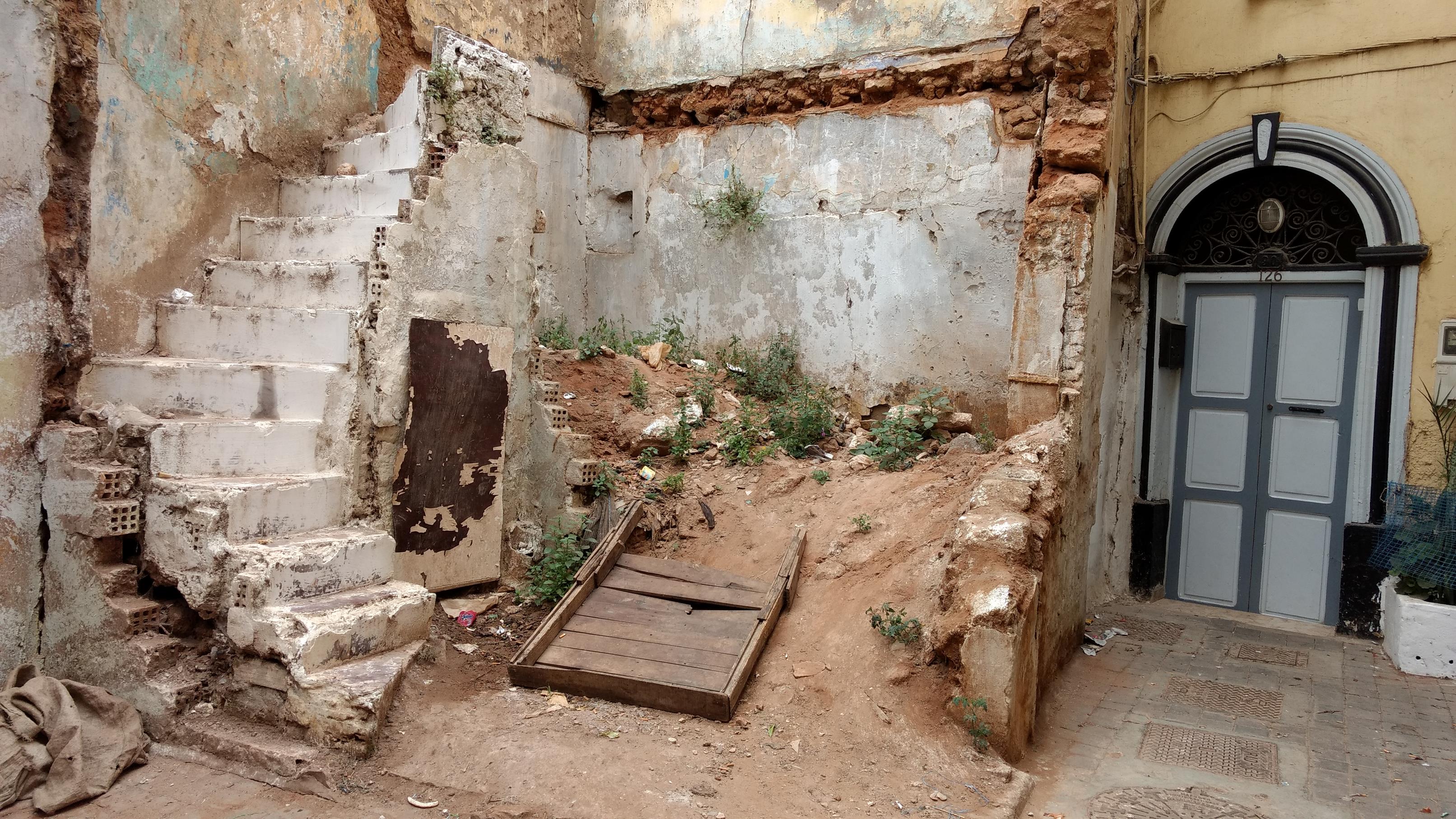 Only with the help of the internet we found the hostel. Otherwise, we would have walked through the old town for hours, probably. I have to mention the hostel owner Mehdi Sabah – a very great person! The accommodation was the cheapest we could find, but the rooms and shower were clean. As a little extra we were even invited to dinner. Mehdi also has a surprise for guests – a kind of ritual that I don’t want to go into in more detail. By the way: On Fridays all families all over Morocco eat couscous. This is a kind of tradition that also includes inviting foreigners.

A snapshot in the city 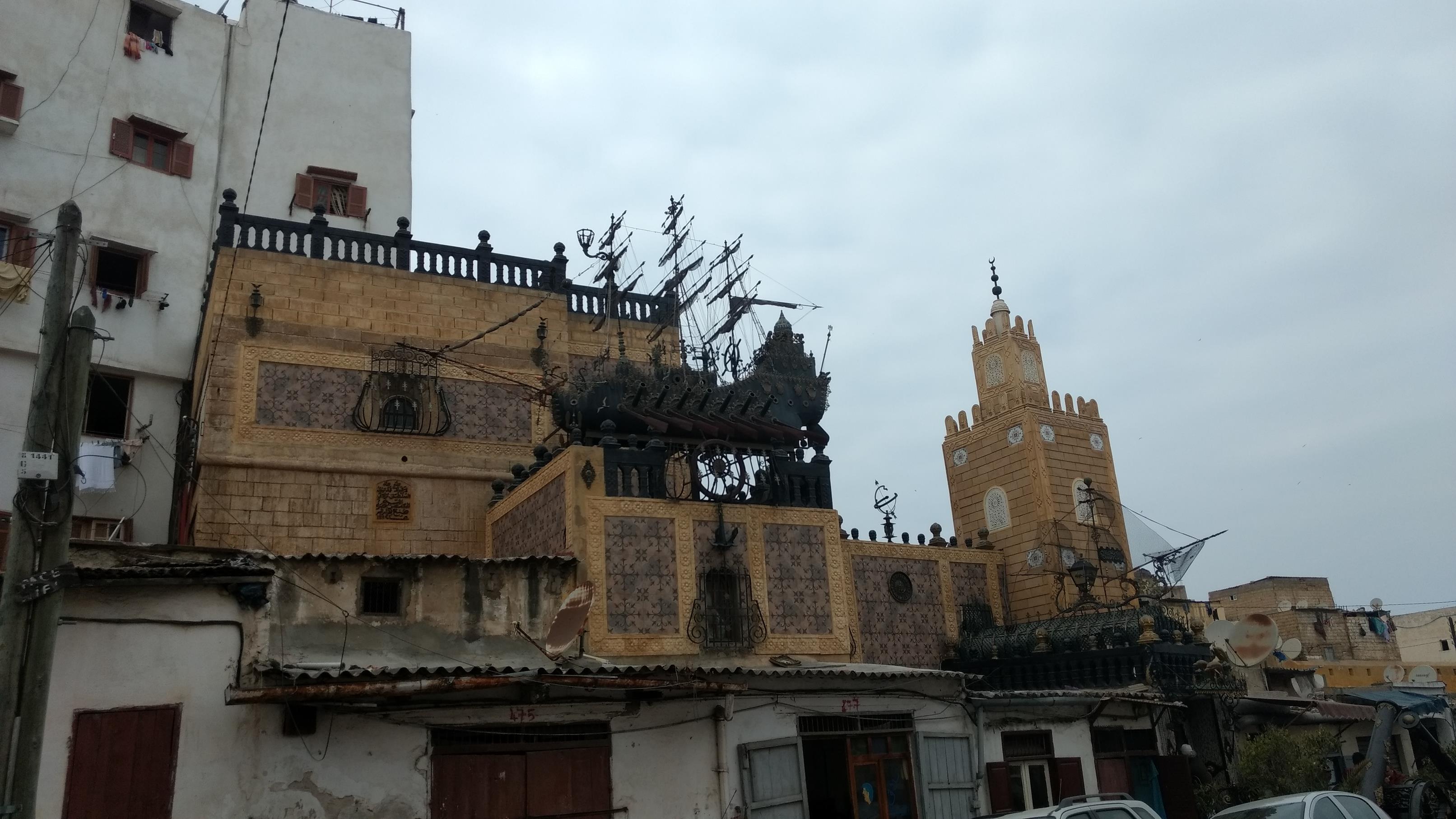 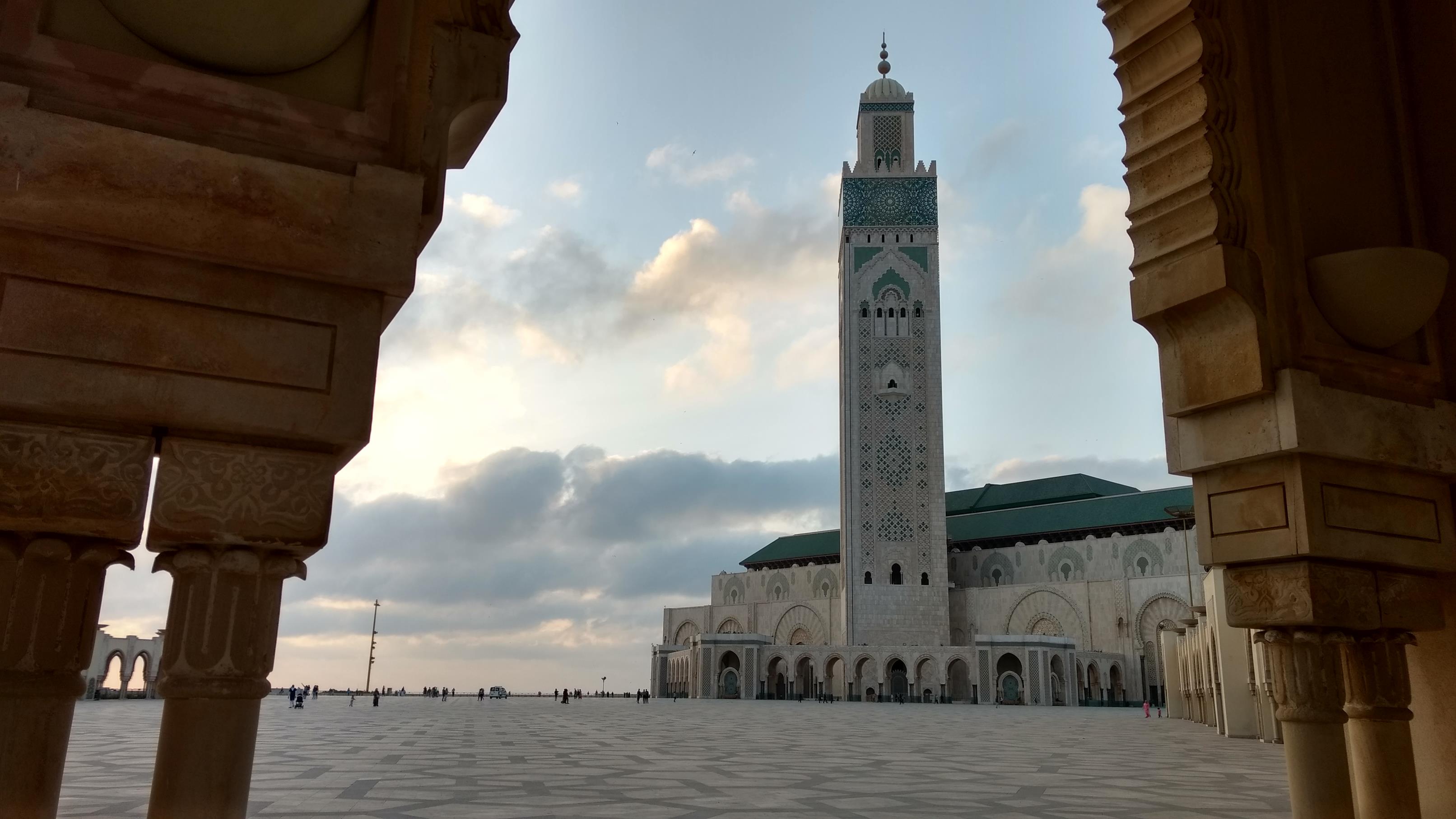 On our first day we visited to the Hassan II mosque. It is one of the largest mosques in the world and is designed for 25,000 people. Besides, the mosque tower is the highest minaret in the world and approx. 210 meters tall. It is an impressive building in a picturesque setting, but unfortunately there is not much else to see in the city. However, it is worth mentioning that several construction projects are currently (2017) carried out and in the next few years, they will create a beautiful boardwalk. I am convinced, this will attract more tourists. We spent our second day in a huge shopping center, walked through the old town and Mehdi took us to an animal market. Casually, he showed us how a shared taxi works – you arrange a destination and wait until the taxi is full, decreasing the price, a lot. 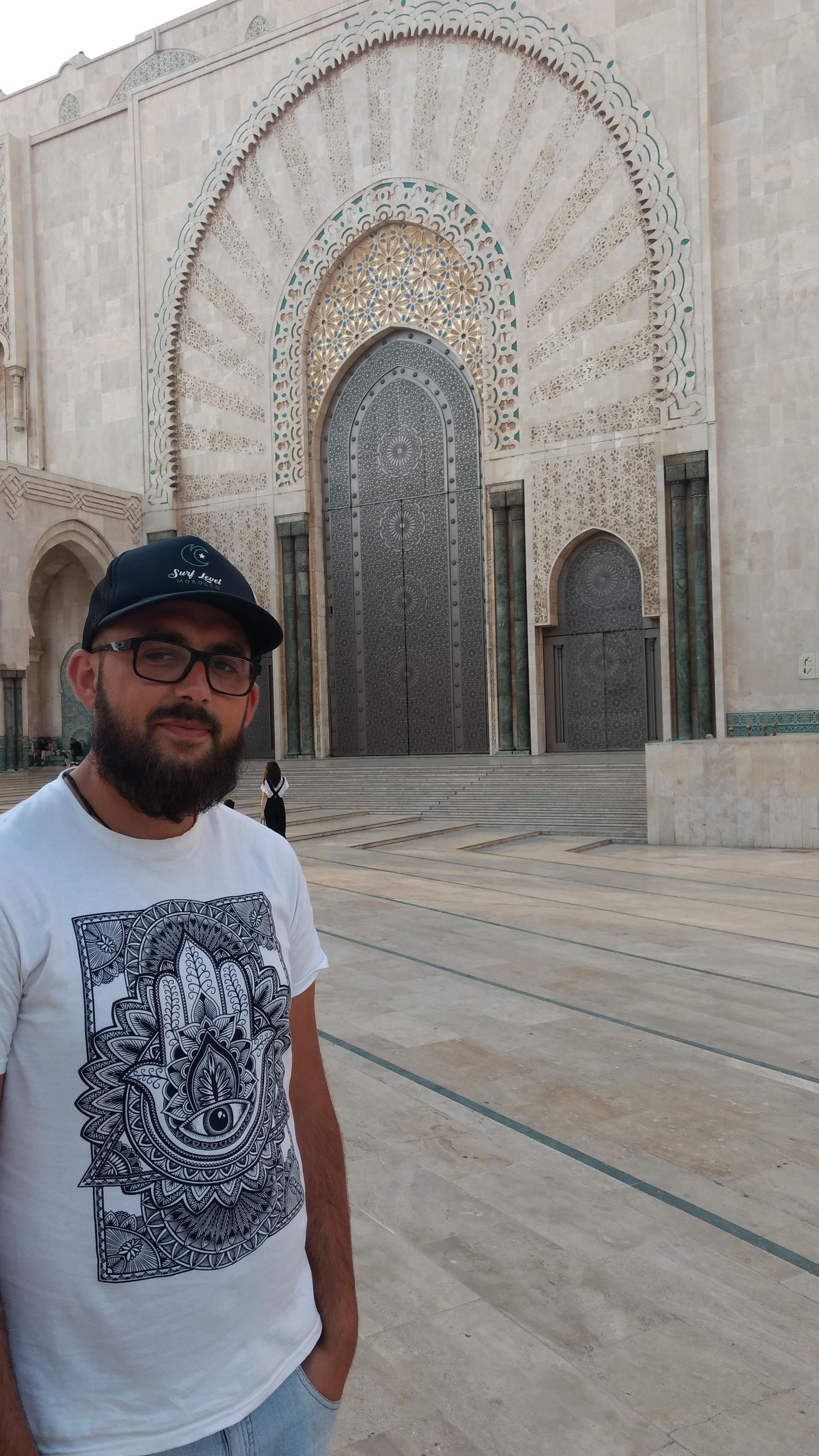 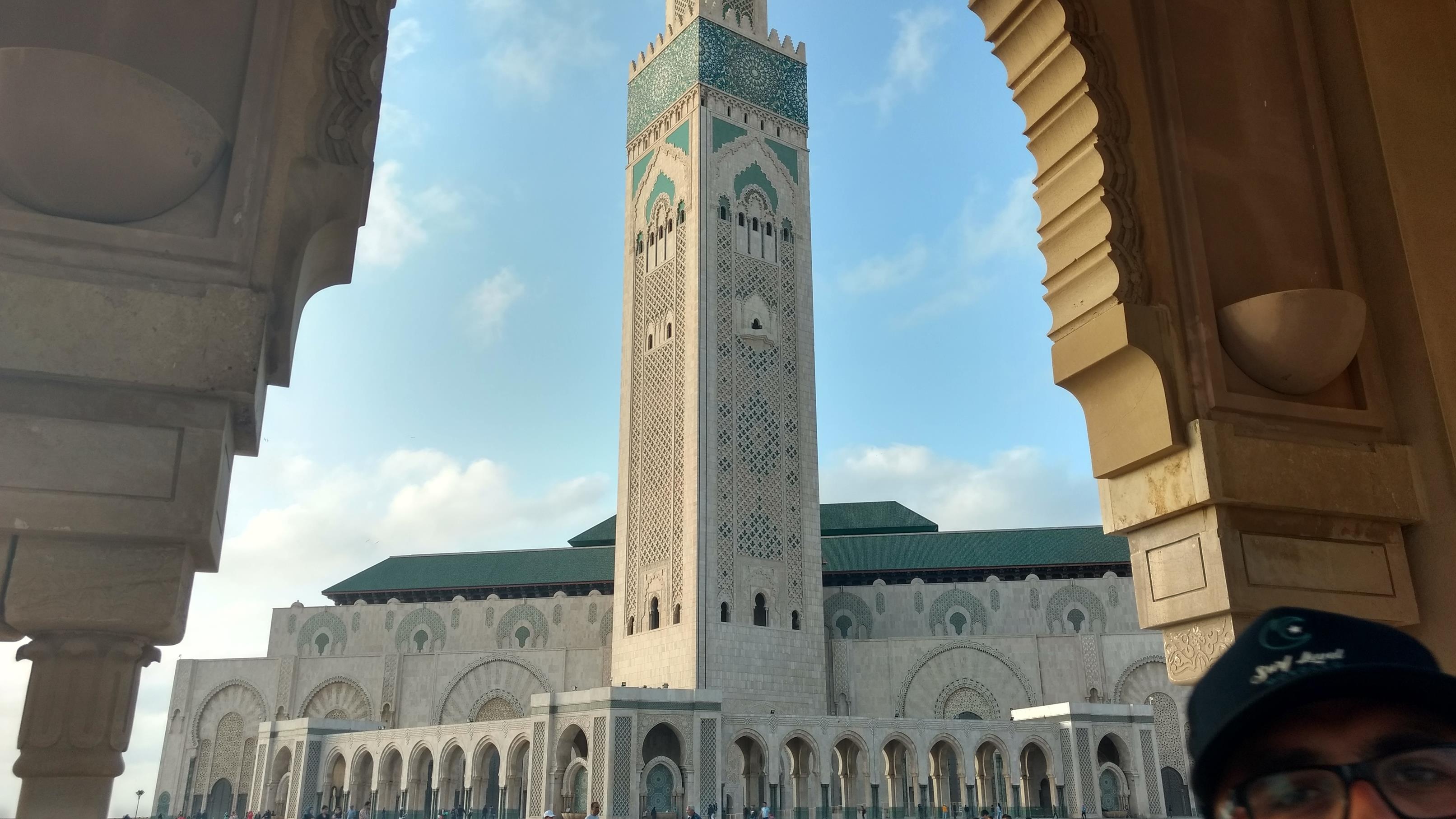 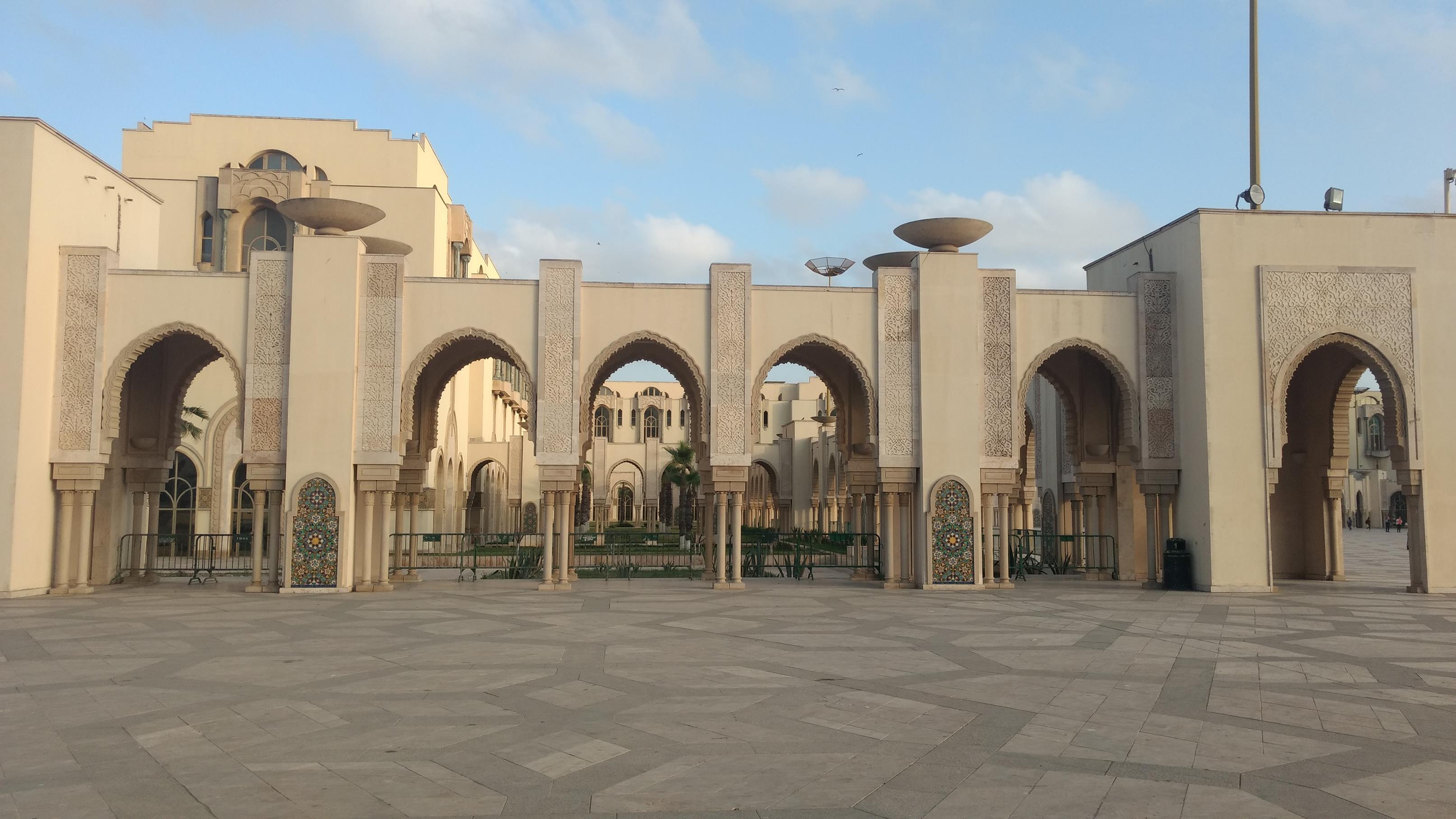 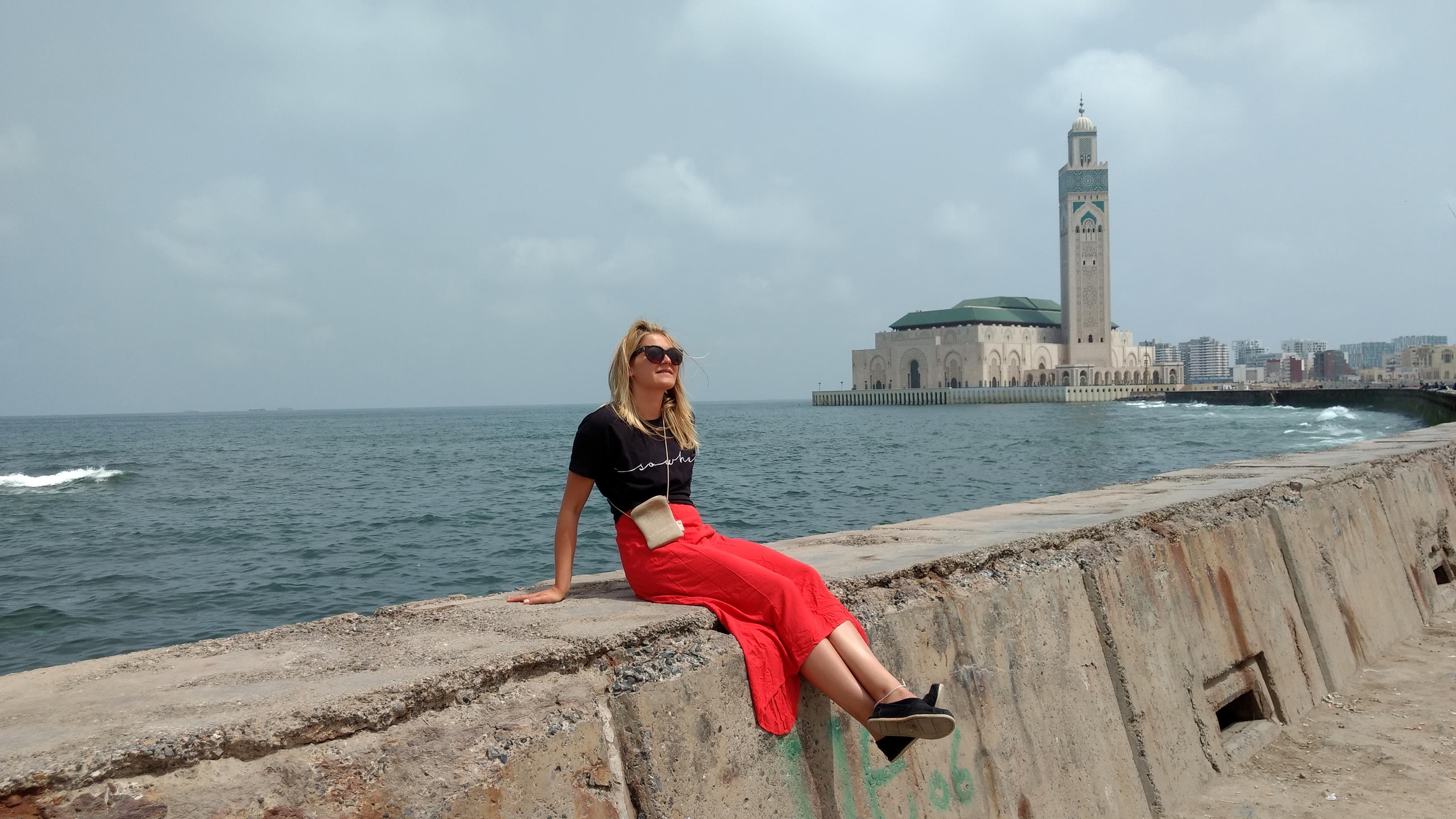 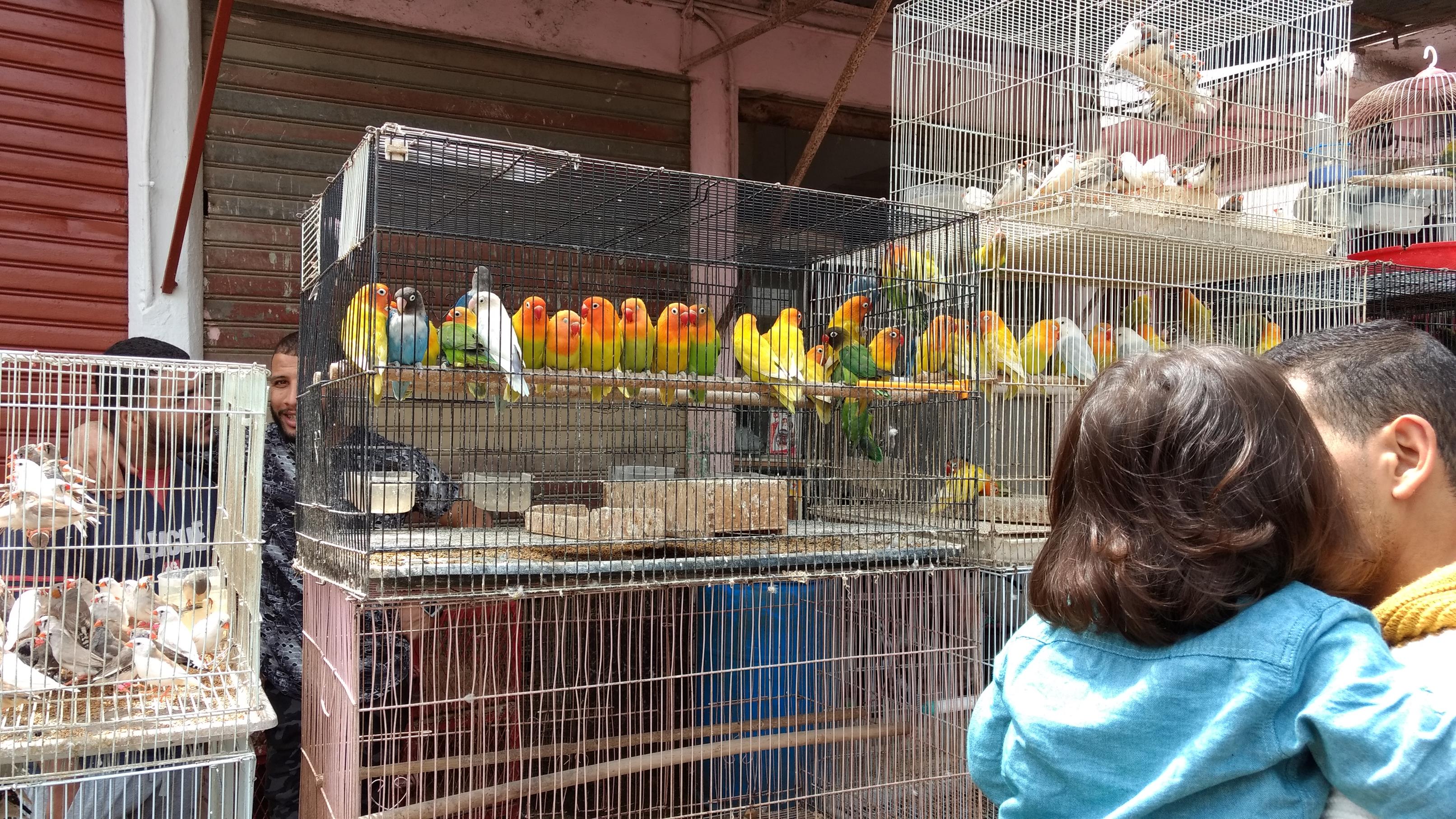 While visiting the animal market, Tes was the only woman within a radius of hundreds of meters. With her blonde hair she also stood out from the crowd, so Mehdi wanted to try something. Since he wanted to buy a bird, he asked several traders for the price. If we were not close by, the bird was about 15 euros. As soon as the seller realized that we belonged to Mehdi (and probably thought the bird was for us) the price increased to 70 euro. Actually a sass, but the Moroccan mentality. Even Mehdi was upset about it.

Transport box for the bird, Morocco-style 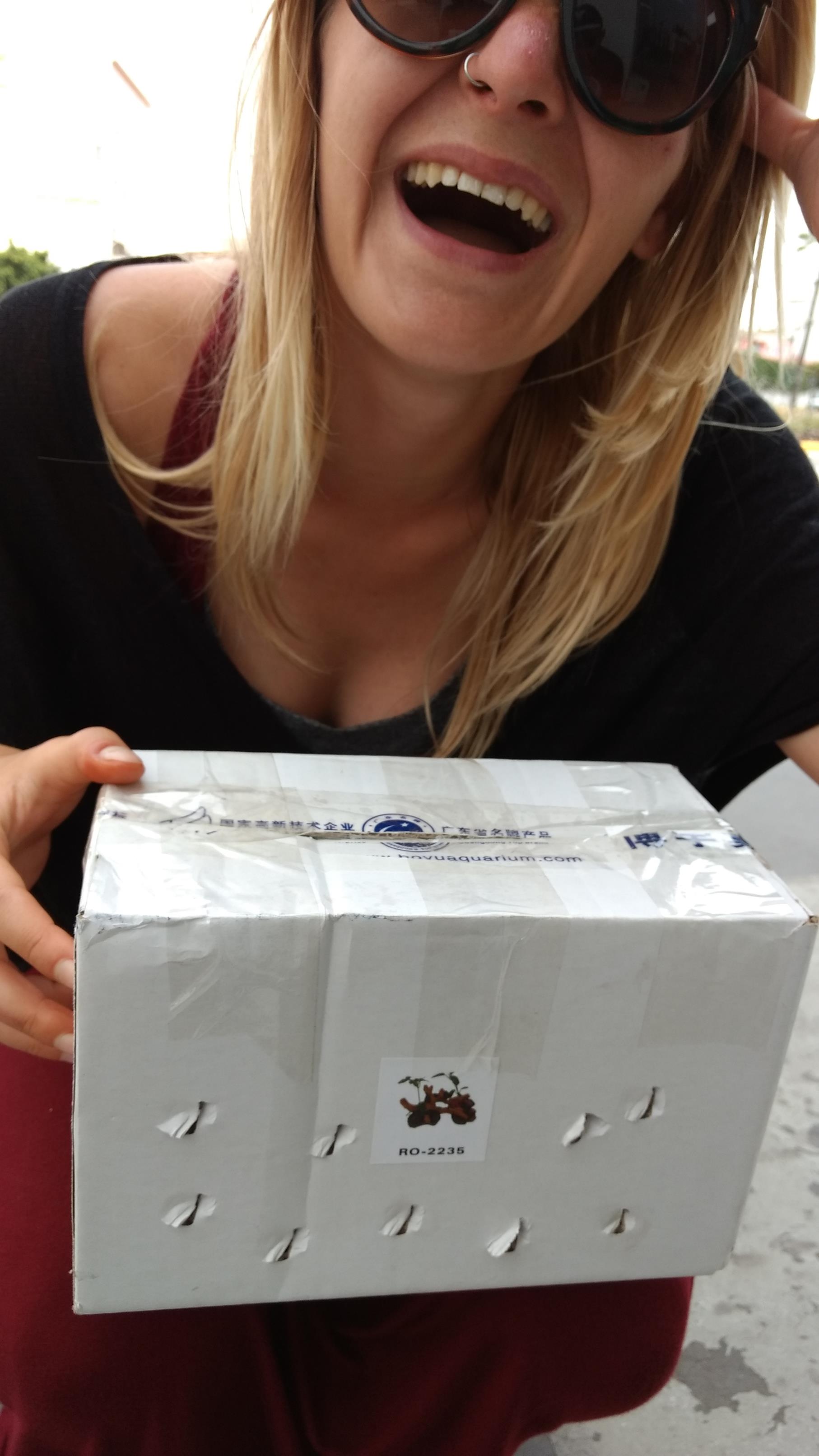 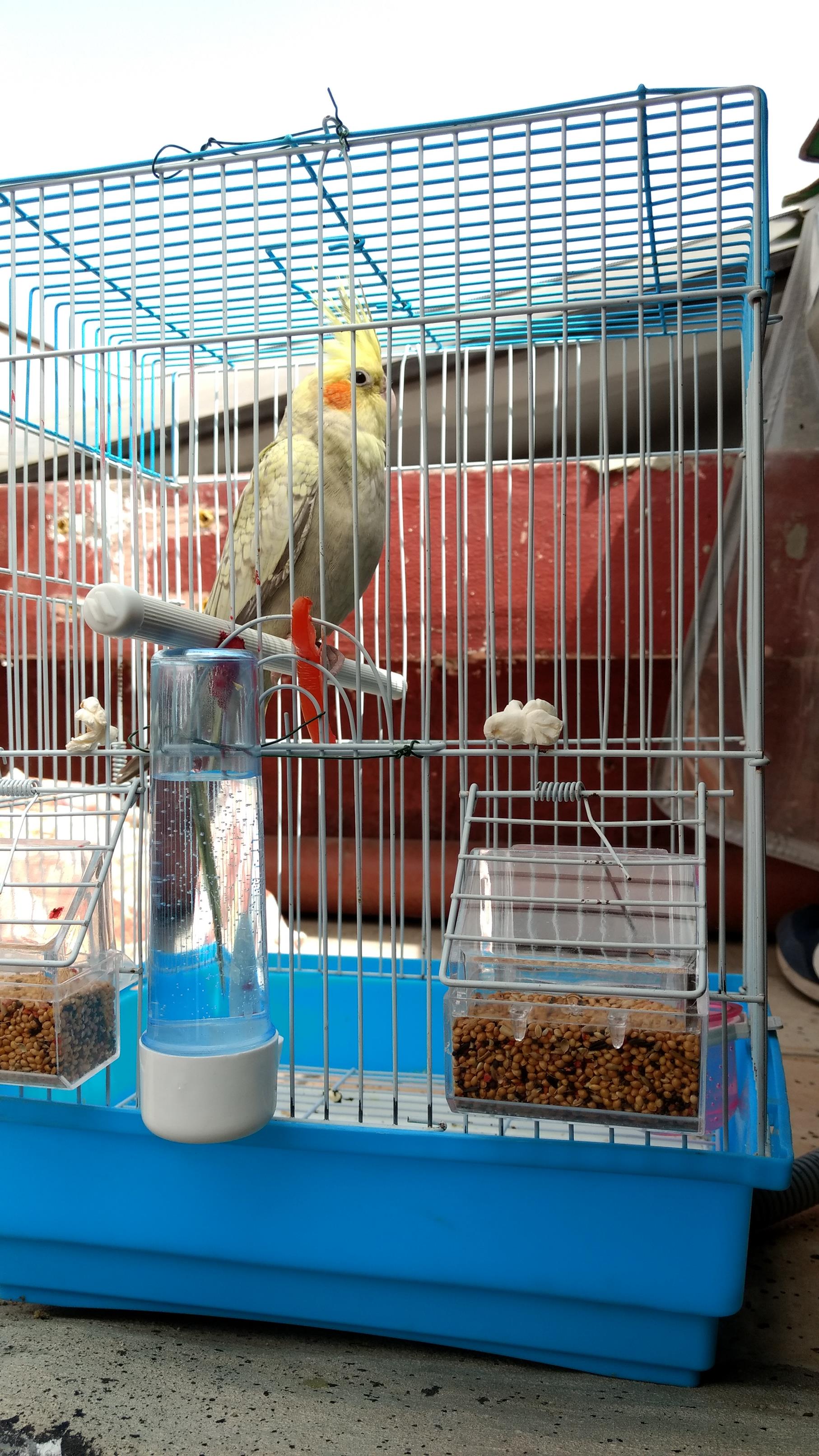 Bad luck with food – a rarity

In the evening of our second day, we ate Shawarma. It is worth mentioning that the food in Casablanca is the cheapest all over Morocco, but accommodation is the most expensive. Anyway, I got sick of the snack (which cost 90 cents) and spent the next two days in bed. Except for this one time, however, every diner, restaurant or whatever food we bought was always perfect – I guess I was just unlucky that one time. By the way, the locals say that Casablanca is the best place to go shopping; as the goods are cheaper than anywhere else in the country. I can confirm this impression. So, if you want to do a shopping trip in Morocco, you now know where to go.

In Mehdi’s House (the name of the hostel) you meet people from all over the world. There were guests from Australia, Ghana, England and Germany. I played chess with an Indian, we saw incredible card tricks from Mehdi’s cousin, and so on. If you can go a few days without big luxury and want to experience something new during your visit in the city – write a message to Mehdi! 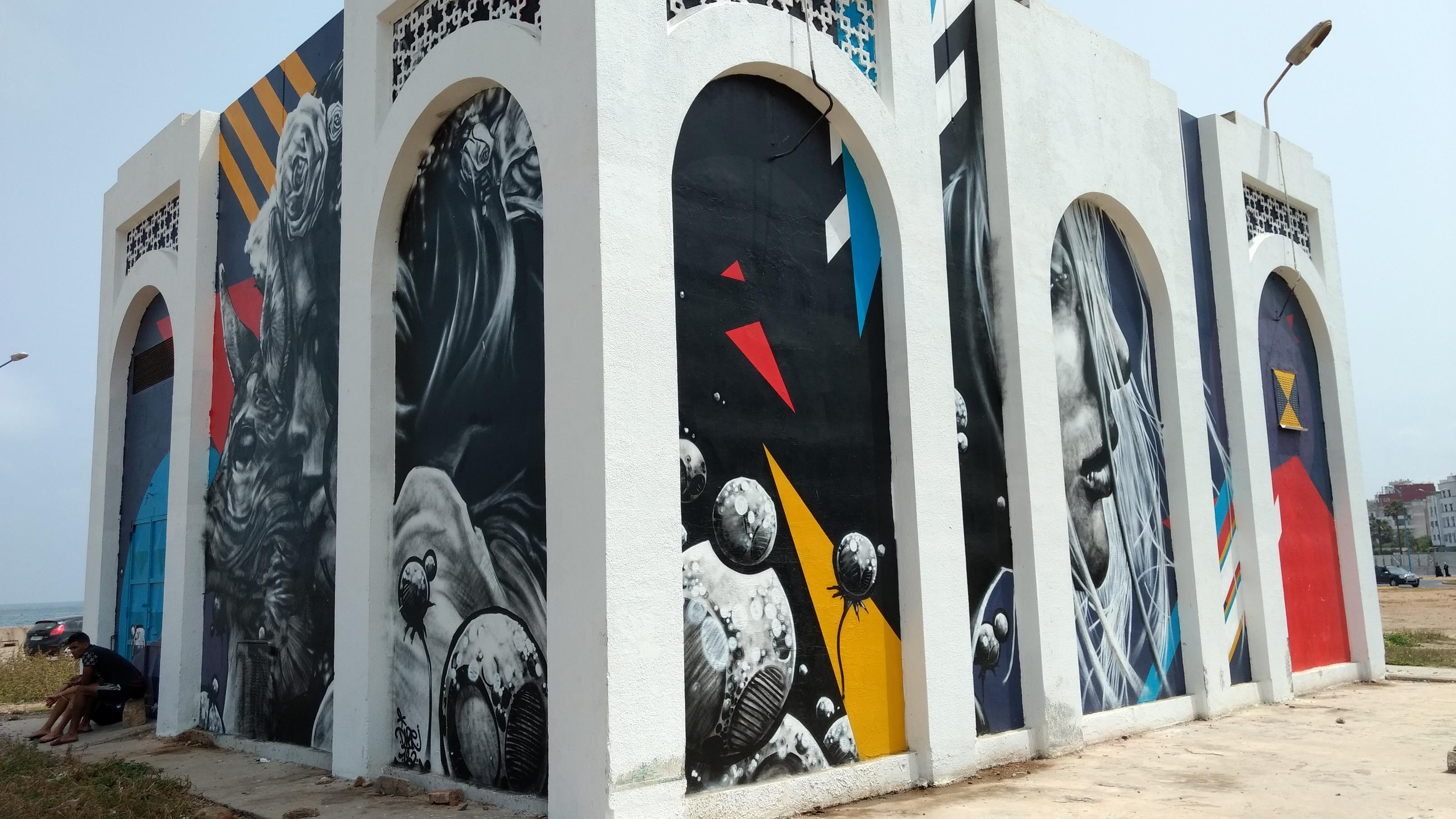 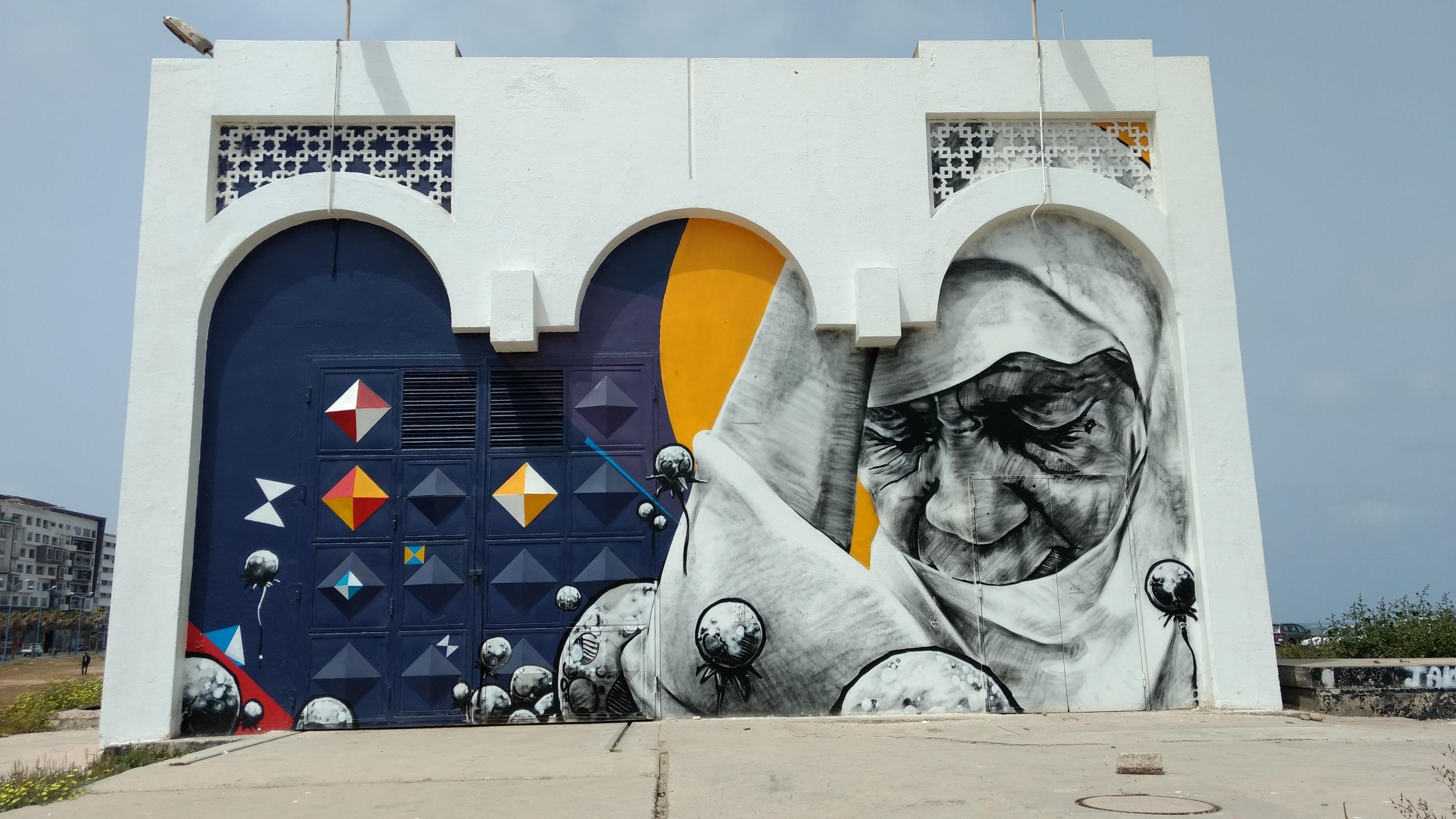 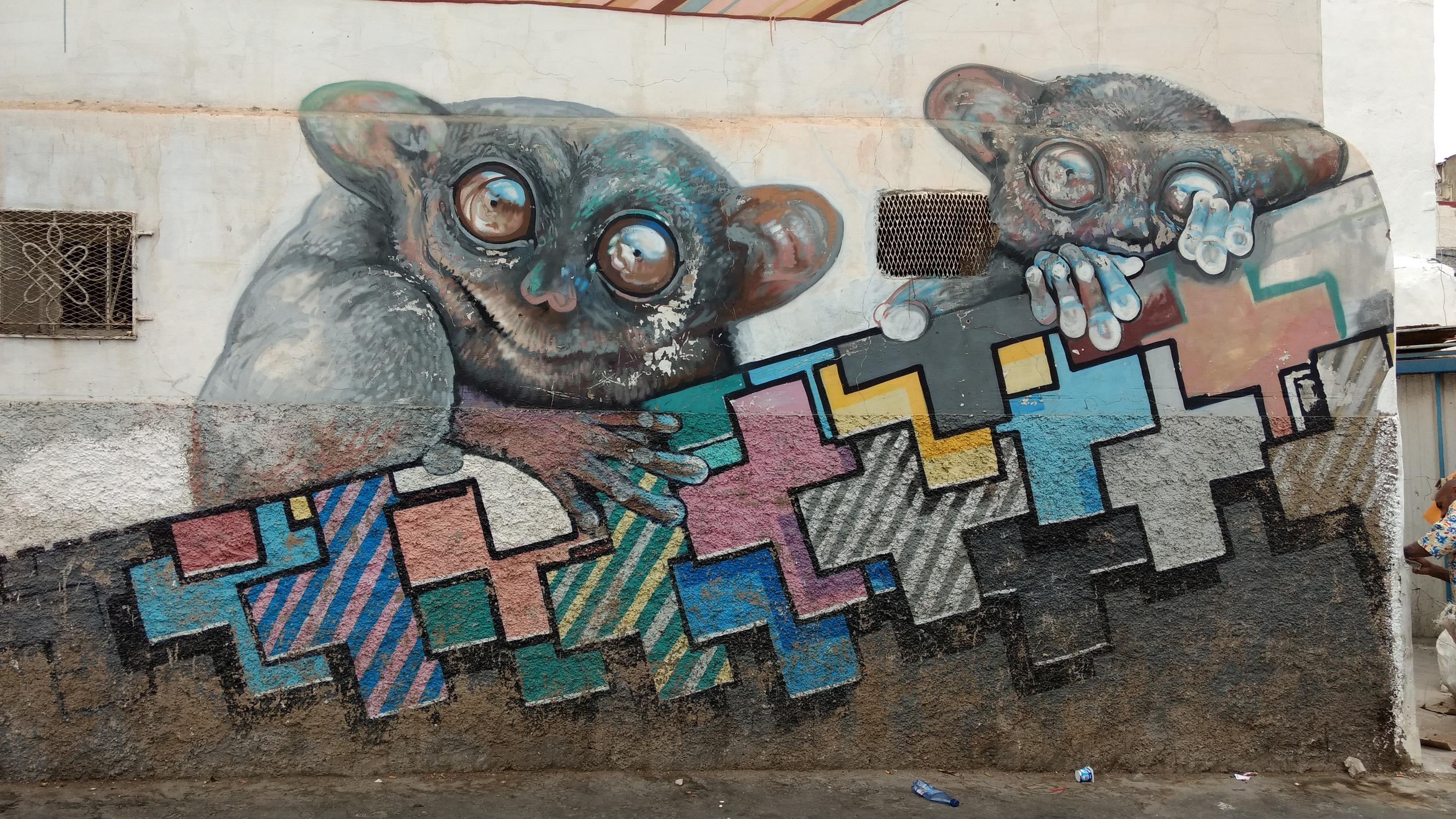 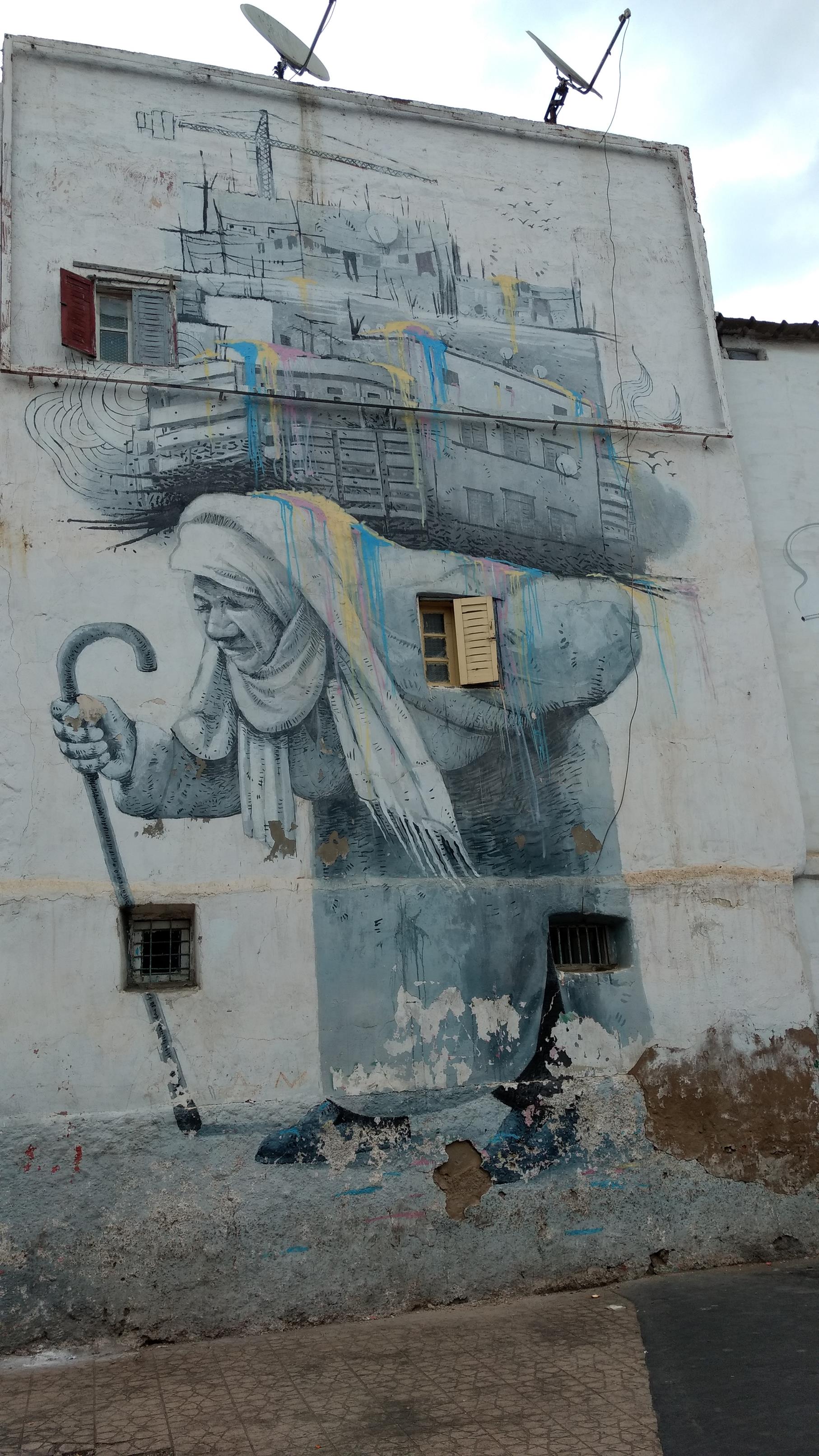 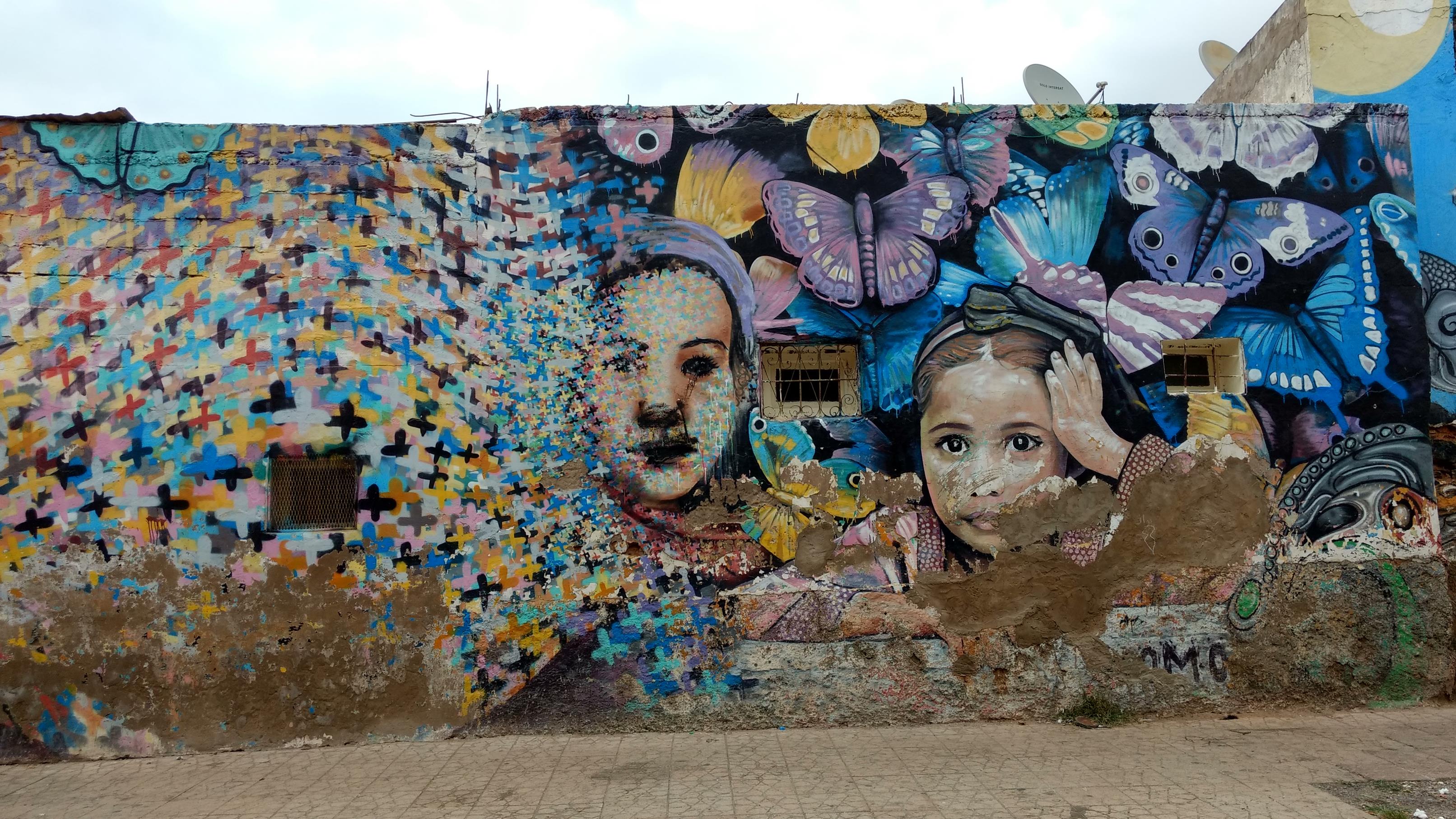 He was also the one who recommended Chefchaouen as the next stop. I didn’t know the city, but I can highly recommend it. It is also called “the blue city” and it´s like a dream. Read more in my next post – Chefchaouen.