We drove about 45 minutes from Brasov to Castle Bran. The building is advertised as Dracula’s castle to tourists. The truth is, however, that Vlad Tepes never set foot in the old walls. Only a description of Bram Stoker in his novel “Dracula” fits its appearance, while the real home of Dracula is the castle of Poenari (allegedly!). It is located about 100 km west of Bran and is popularly known as the “impregnable castle” due to its location on the mountains of the Wallachia. 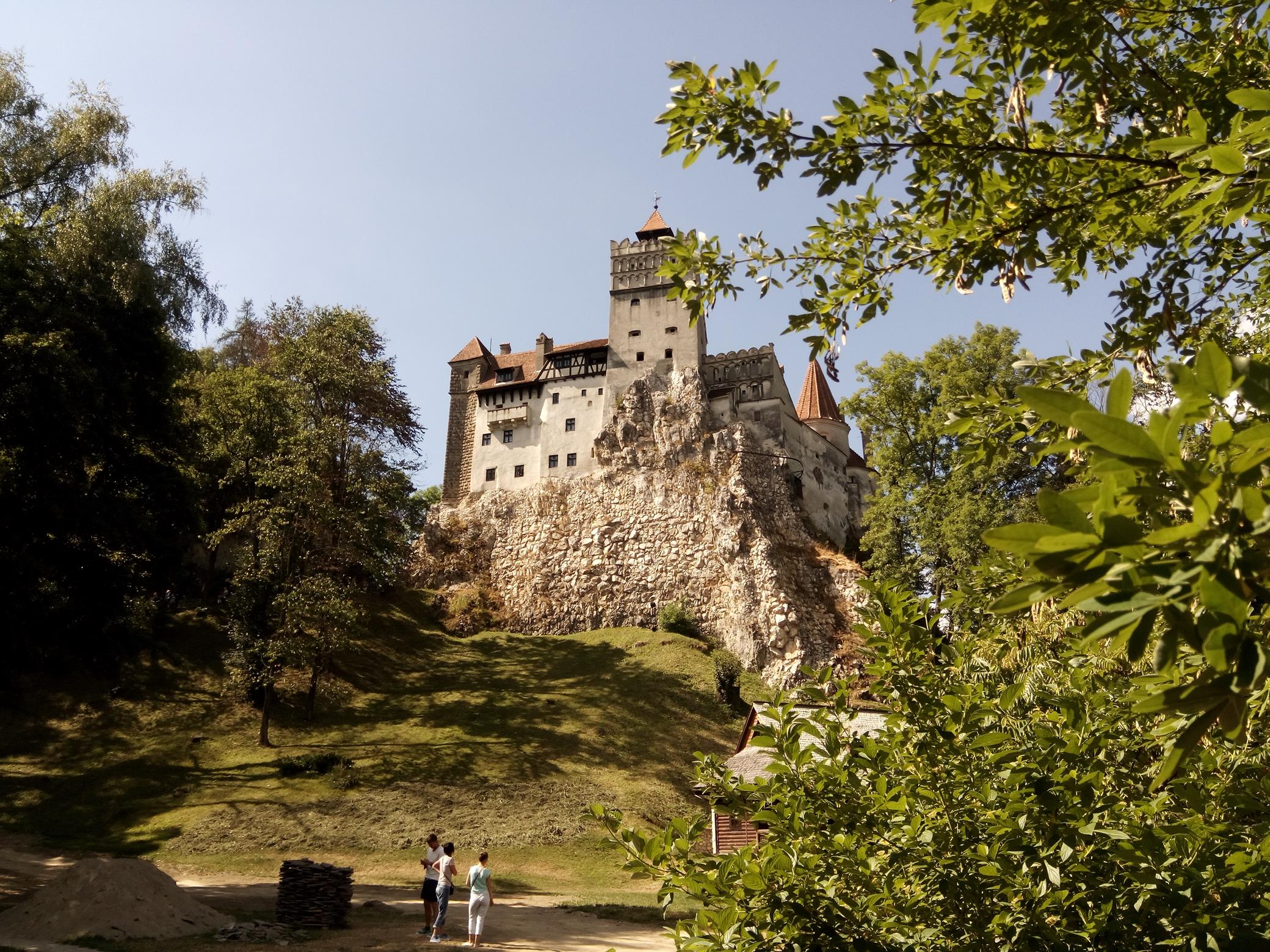 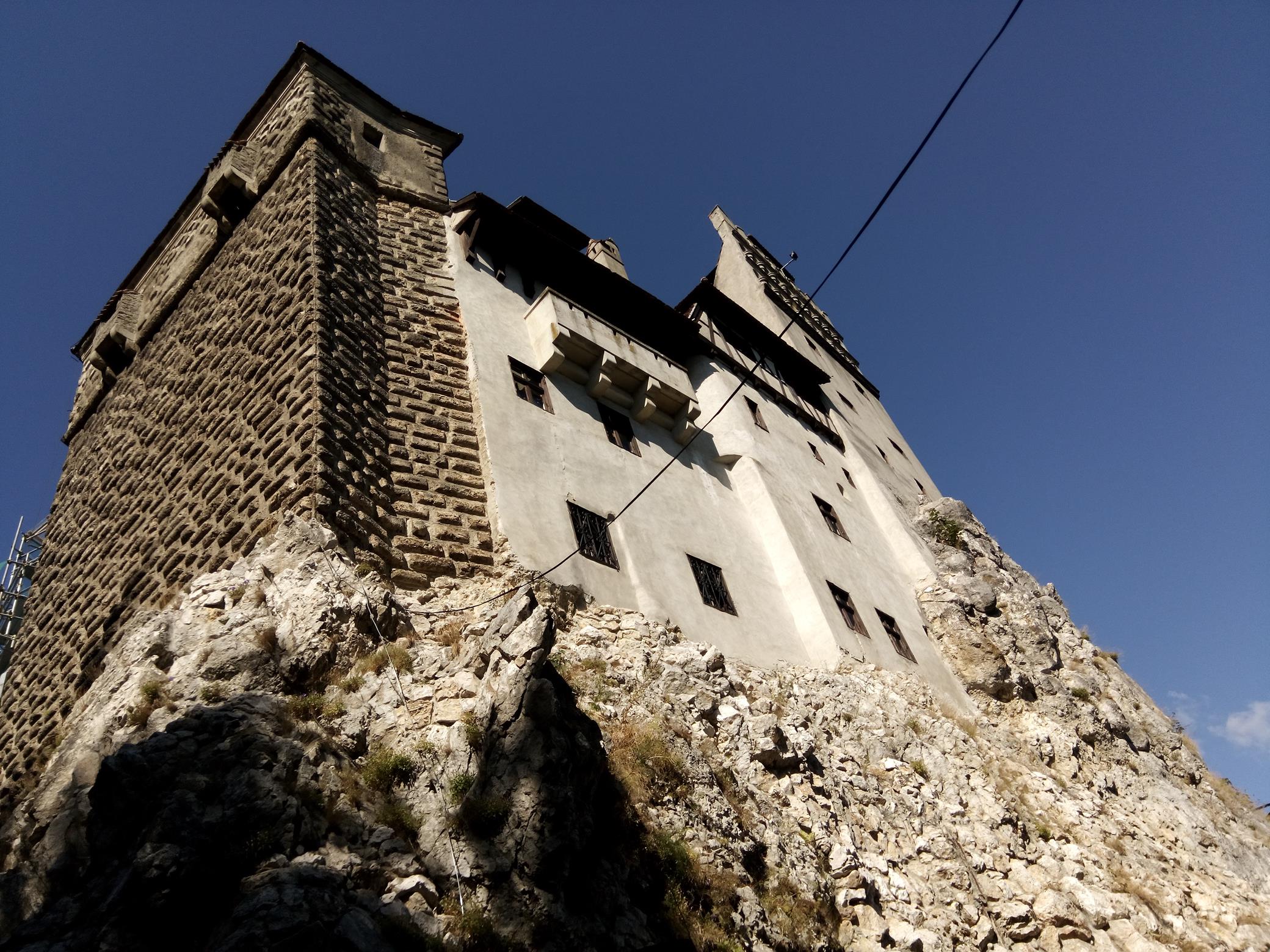 As soon as we arrived in Bran, one thing caught our attention immediately : The village is more touristy than all other places we visited. Parking was not cheap and a huge crowd of people moved towards the castle – past countless stalls with souvenirs. Although we showed up early, we had to wait in line at the entrance. The on-site inspection of the castle also consisted more of pushing and shoving than a relaxed visit. We got to see old furniture, instruments of torture, clothes and weapons. 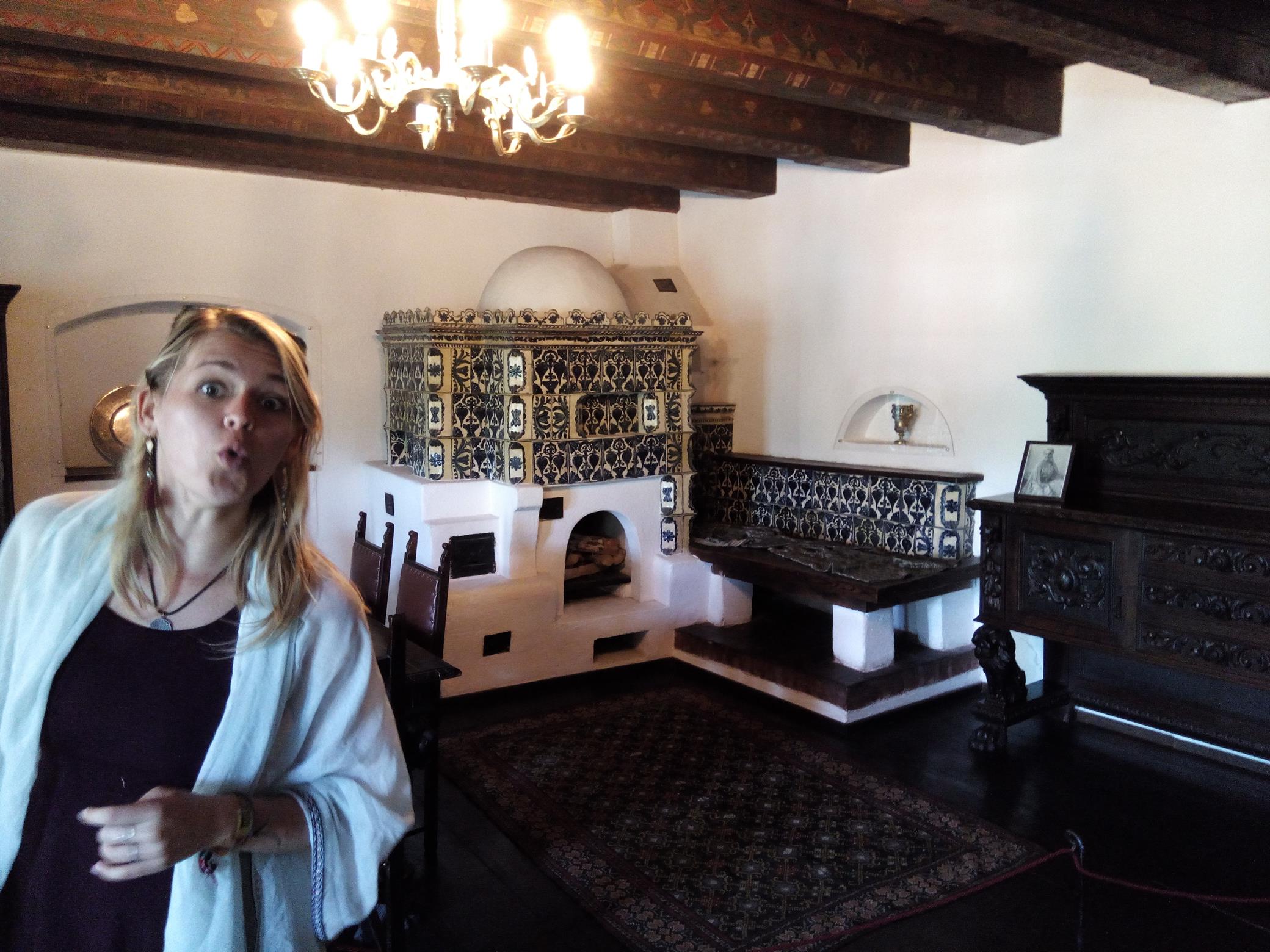 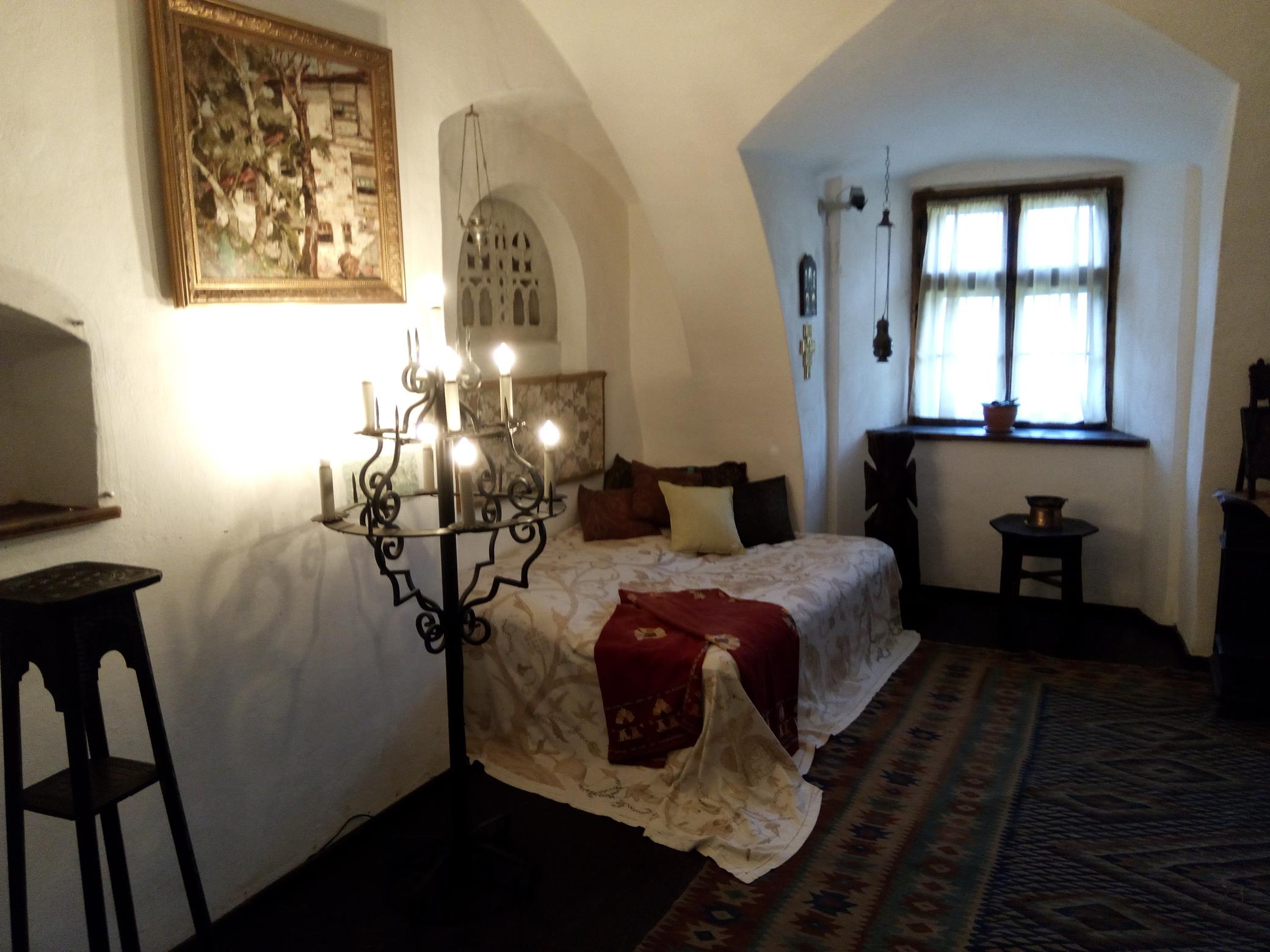 In my opinion, Bran Castle was the worst destination on our route. For interested people maybe worth a trip, but in hindsight I would prefer to go to “Peles-castle”. The garden at the foot of castle as well as the view from above justified the crowd during the actual inspection, otherwise the tour is nothing special and is presumably pushed by the skillful marketing about Dracula. 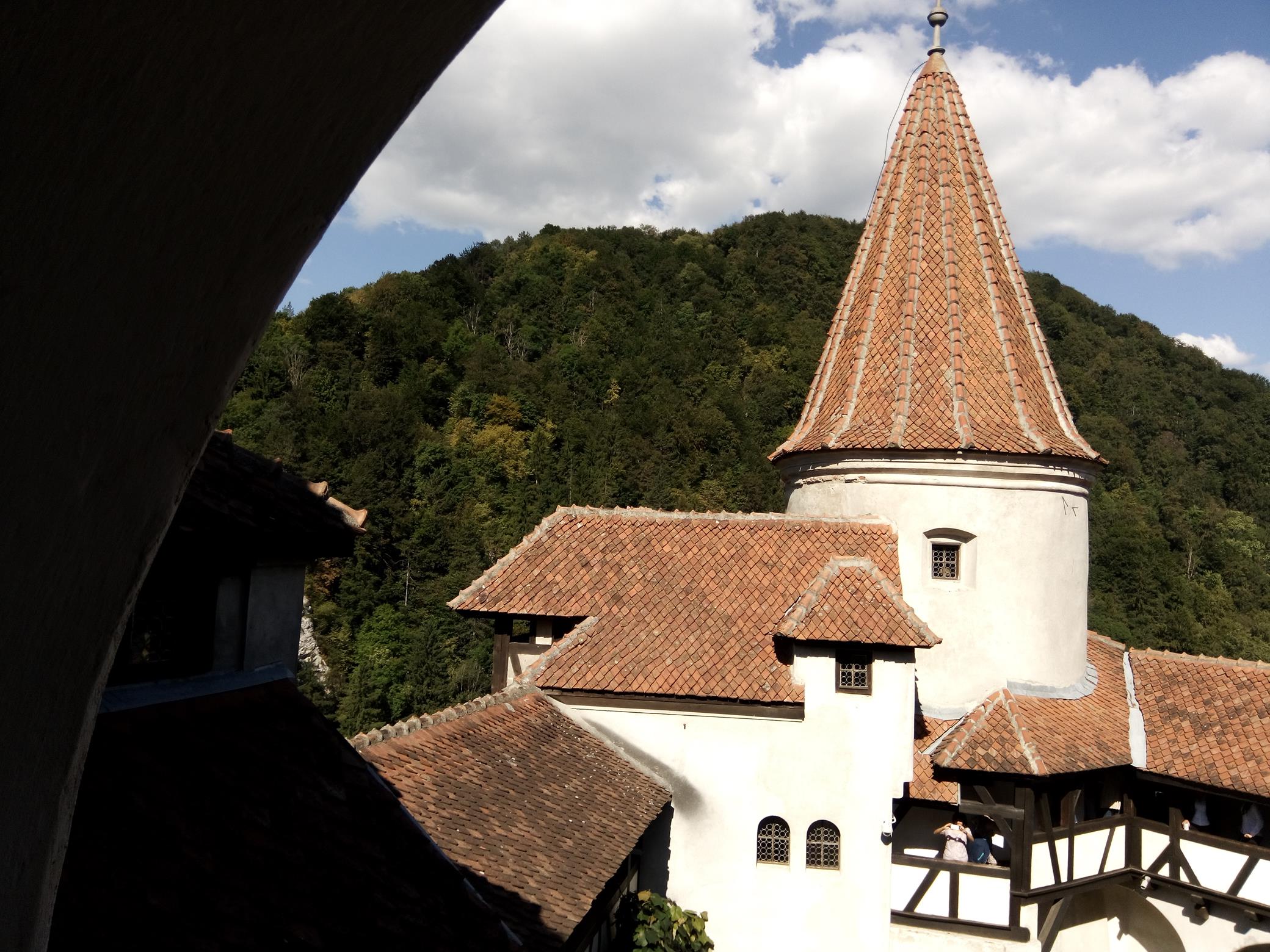 After spending about two hours in Bran, we walked back to our car and drove to my highlight of the trip: The Transfagarasan

After two hours we arrived at the start of the famous Transfagarasan. It is an elevated road, built in the 1970s by the head of state Nicolae Ceausescu. In total, it is about 90 km long and reaches its peak after about 45 km at a height of about 2050 meters. You can only drive this road for four months a year, the rest of the time it is impassable due to weather conditions. Approximately 400 people are said to have lost their lives during the construction(according to eyewitnesses). The official number is 40. 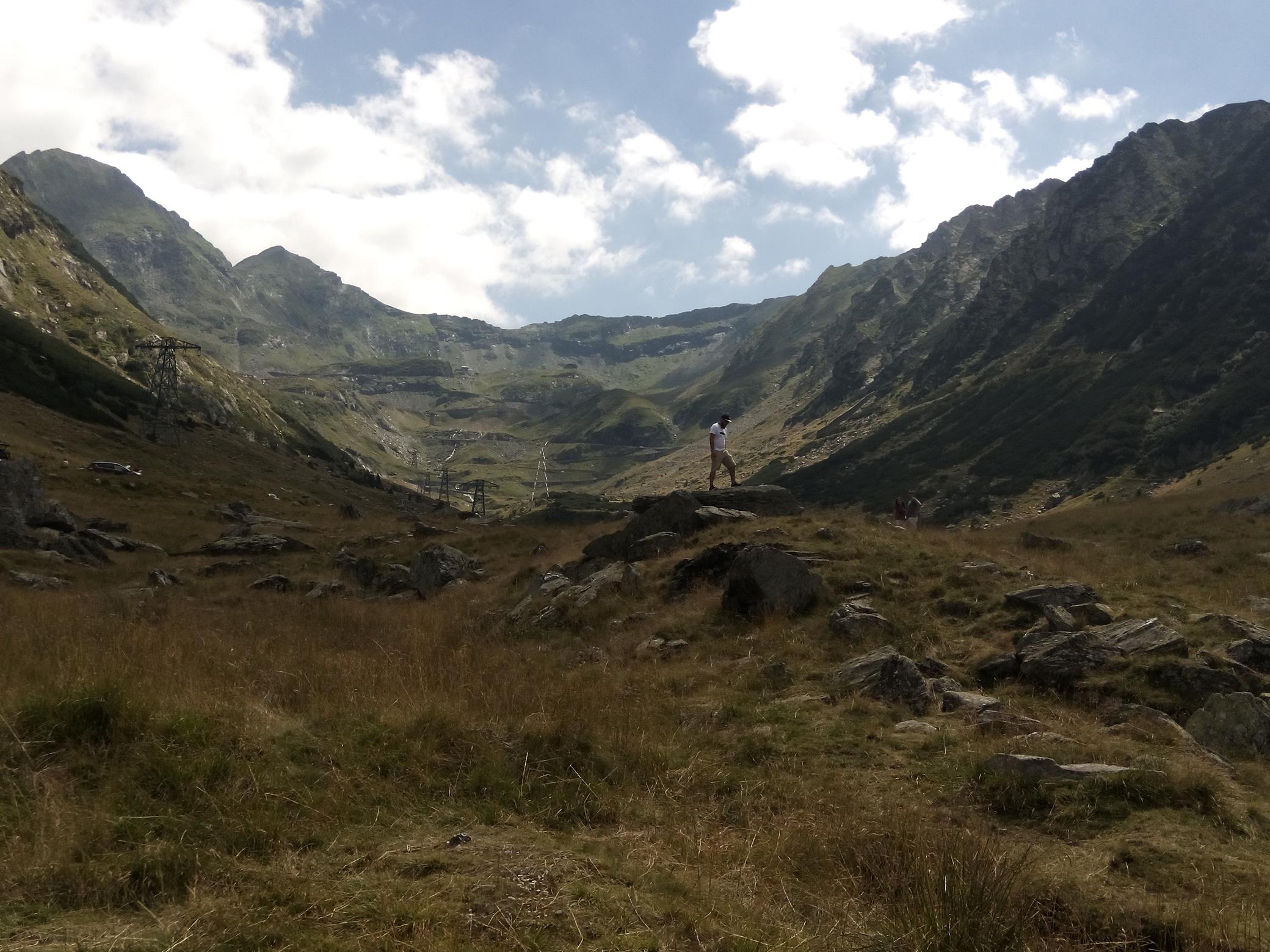 The start of the highway is about 500 meters above sea level and you climb an altitude difference of about 1550 meters in a 45 km drive. In any case, I was more than happy I had overhauled the cars brakes before we went to Romania. The route is curvy and certainly not safe. Nevertheless, there are countless places to stop at the roadside and enjoy the view or take some pics. There are also small stalls with drinks and Romanian delicacies. 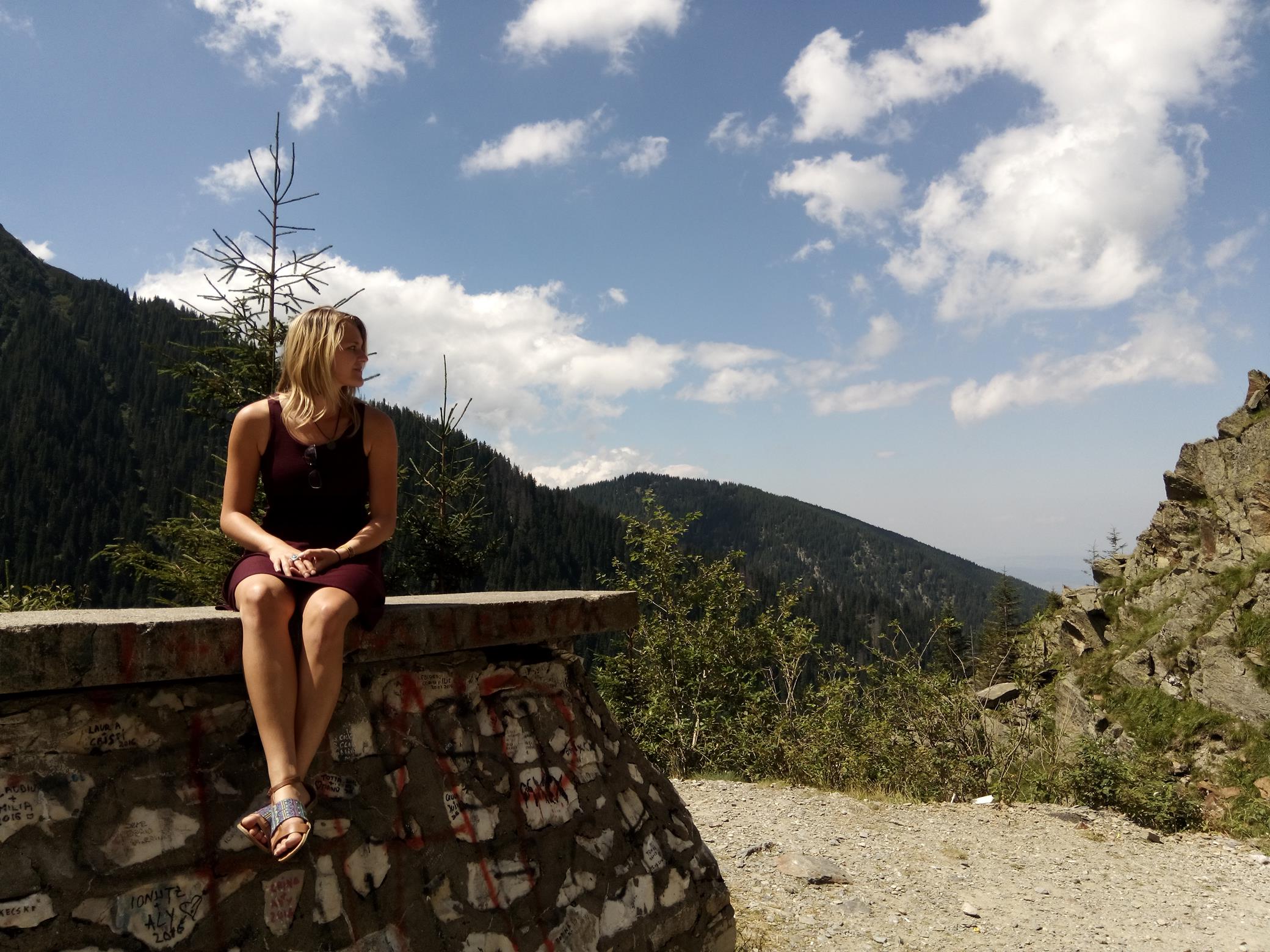 In addition, there are plenty of places that are perfect for a picnic or mobile barbecue. By the way: The difference in altitude is clearly noticeable from the temperature. At the highest point it was about 15 degrees colder than at the foot of the road. 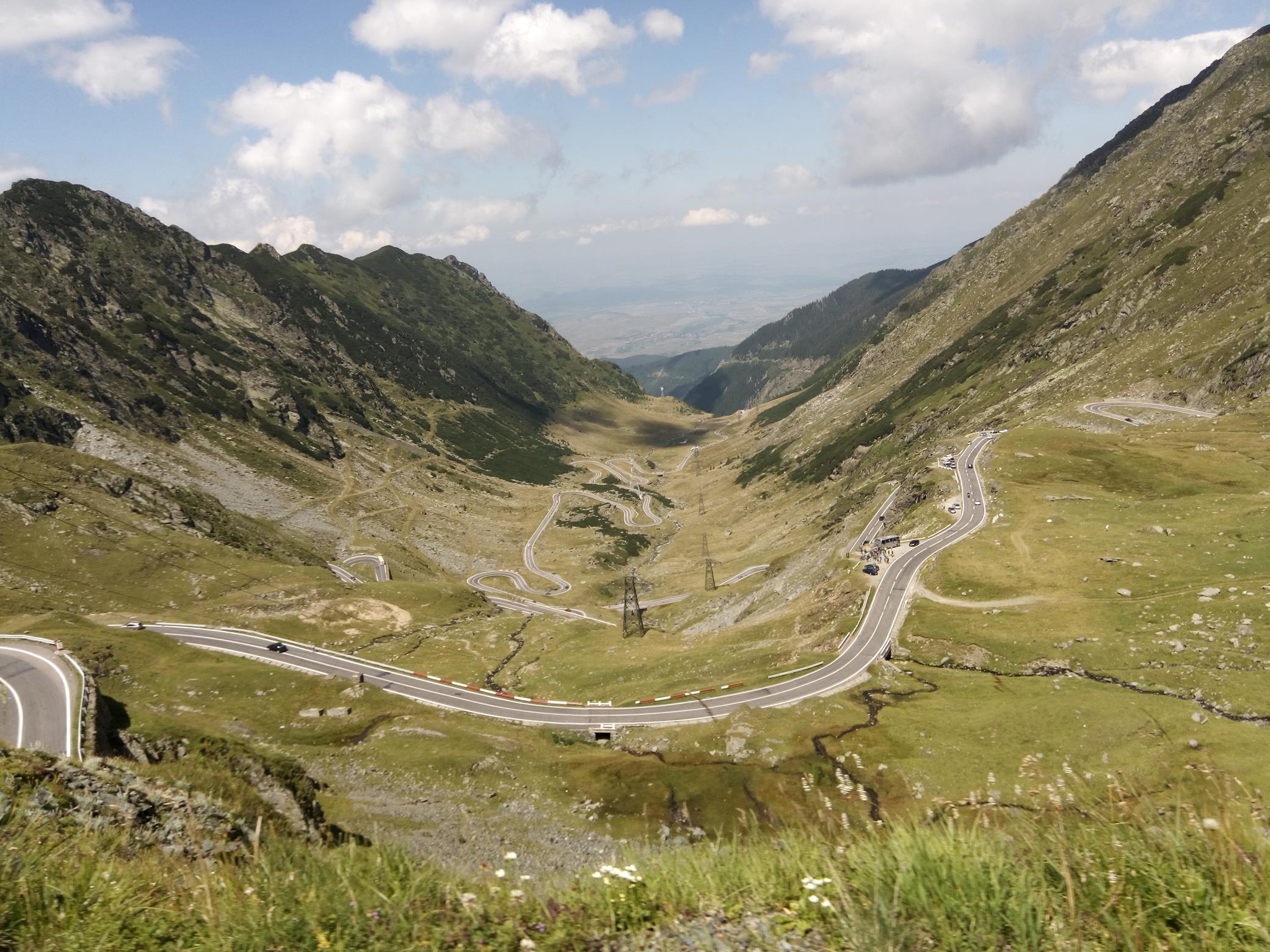 At the very top, an indescribable view awaits. I could hardly capture it with the bad camera I owned back then. Over the years I´ve been to a few places on earth, but this is definitely one of the most beautiful ones. As pictures are worth a thousand words, here we go:

After we drove through the Balea tunnel and therefore had passed half of the Transfagarasan, we decided to do a U-turn and drive to our next destination: Sibiu. 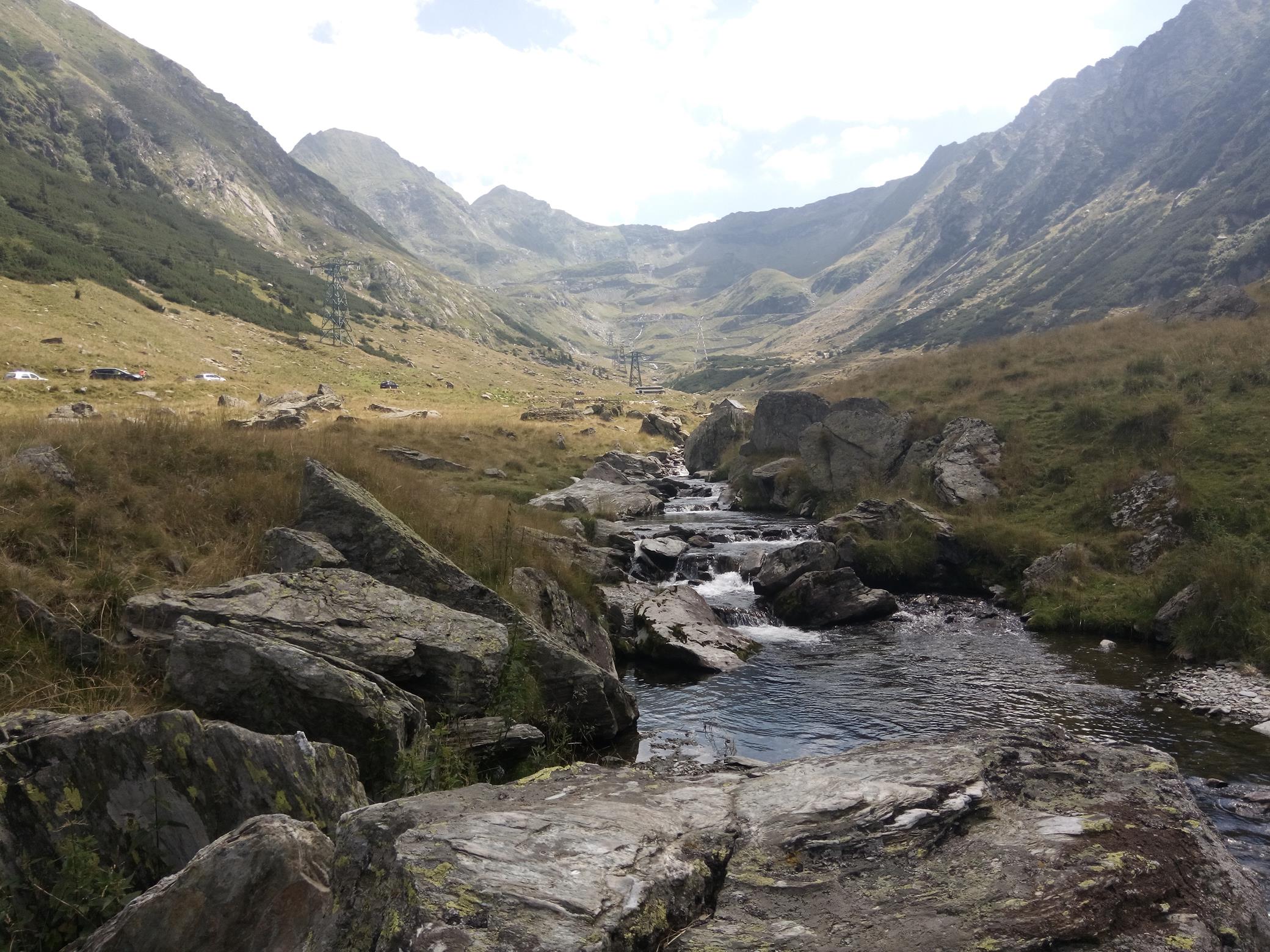 Sibiu is a town with 400,000 inhabitants. Although there are now less than 2000 people of German descent, all signs are still written in Romanian and German. To me, the most notable buildings are the parish church and the Orthodox cathedral. We had the opportunity to see both buildings from the inside:

The Orthodox cathedral is very pompous and decorated with gold and brilliant mural paintings. Unfortunately, we visited the church during a mass and I didn’t take photos out of respect. 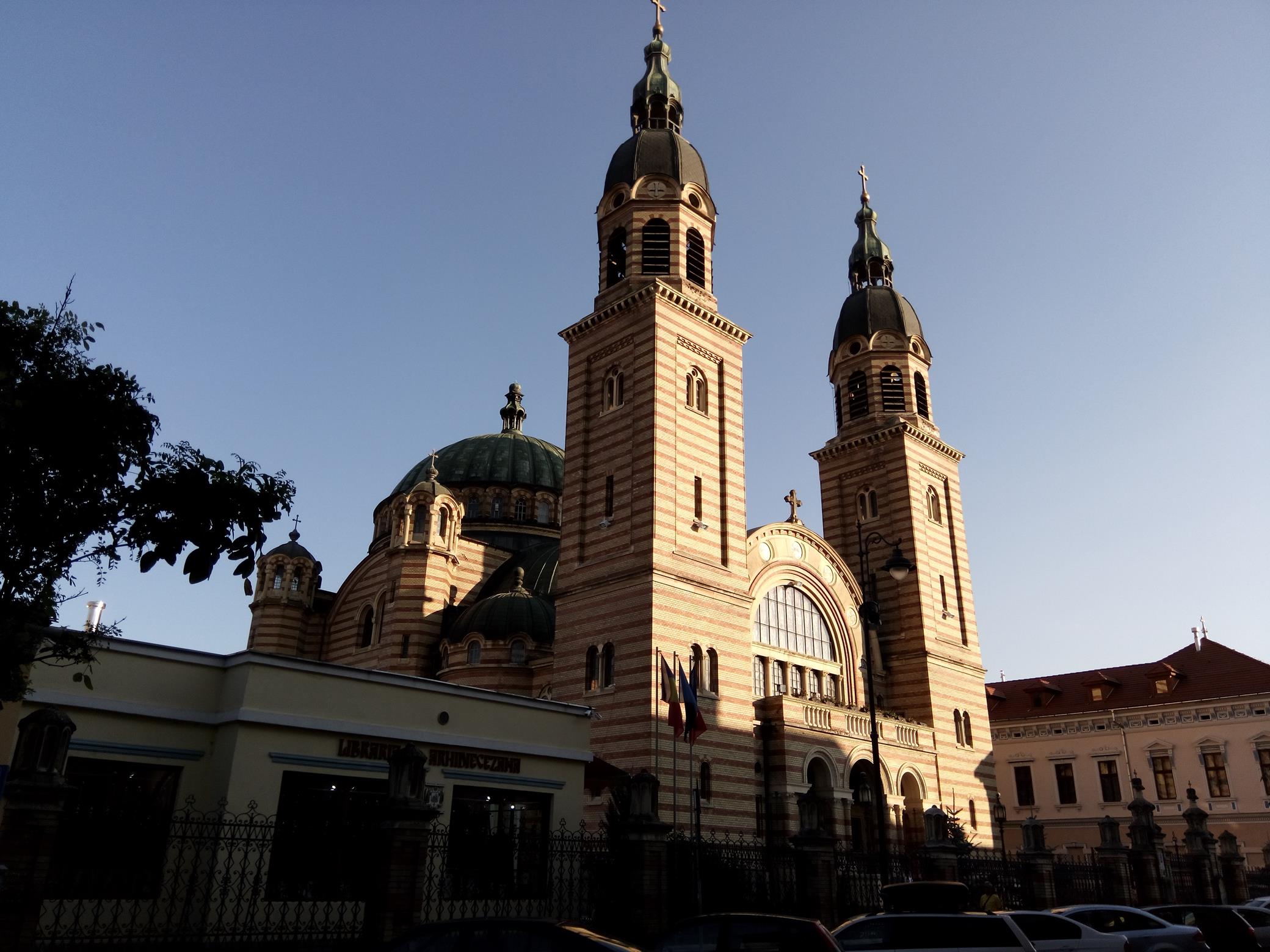 For the parish church we had to pay an entrance fee, that is divided into two small amounts: One for the church and one to climb the steeple. I would recommend the full program! 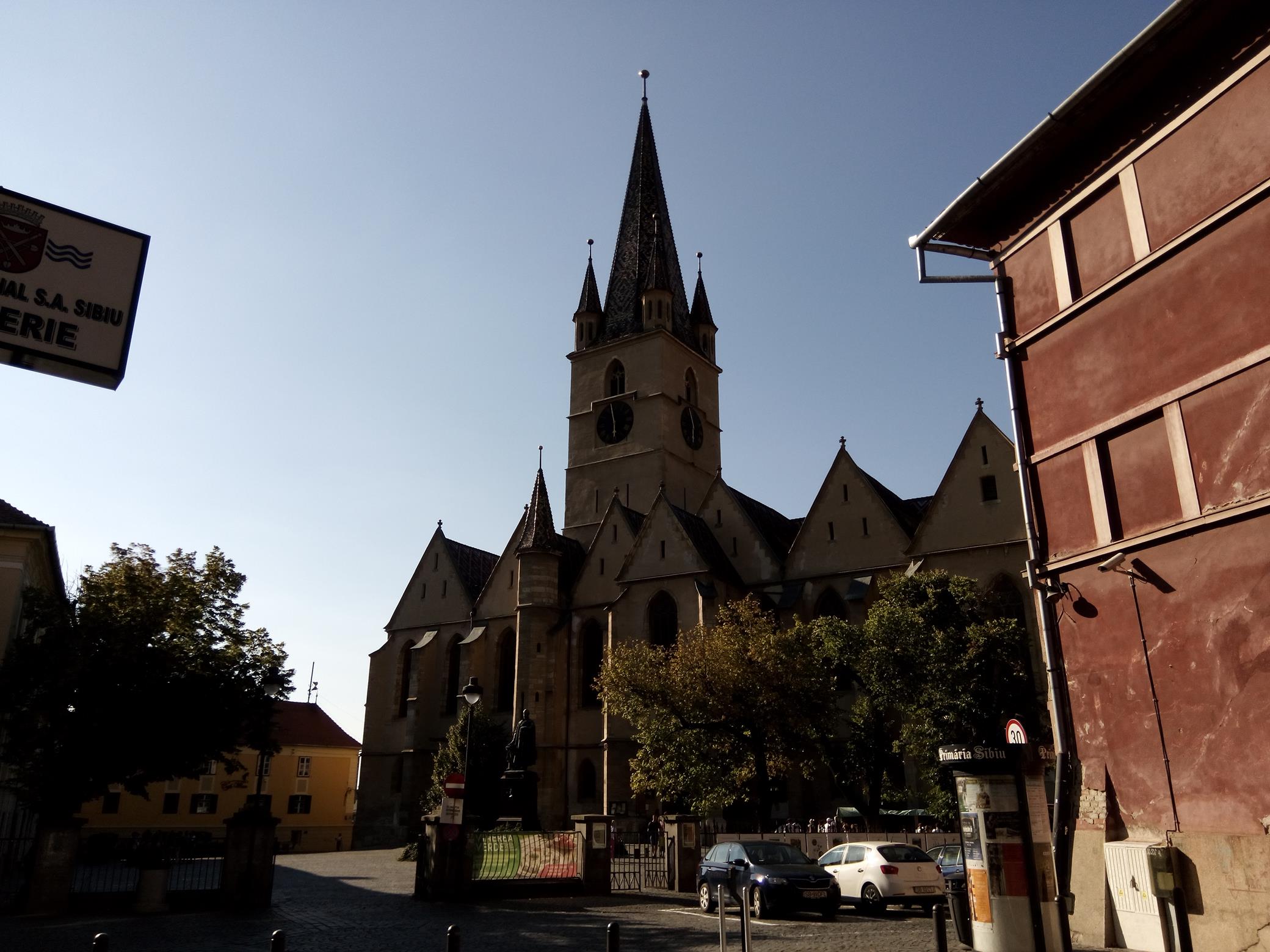 To get to the lookout in the church tower, you have to climb a spiral staircase made of stone first. There is hardly enough space to allow the oncoming tourists to pass. Once you have passed these steps, there is a bigger obstacle – at least for people with respect for heights: Me, for example. A free-floating or self-supporting staircase construction leads to the bells in the church tower. 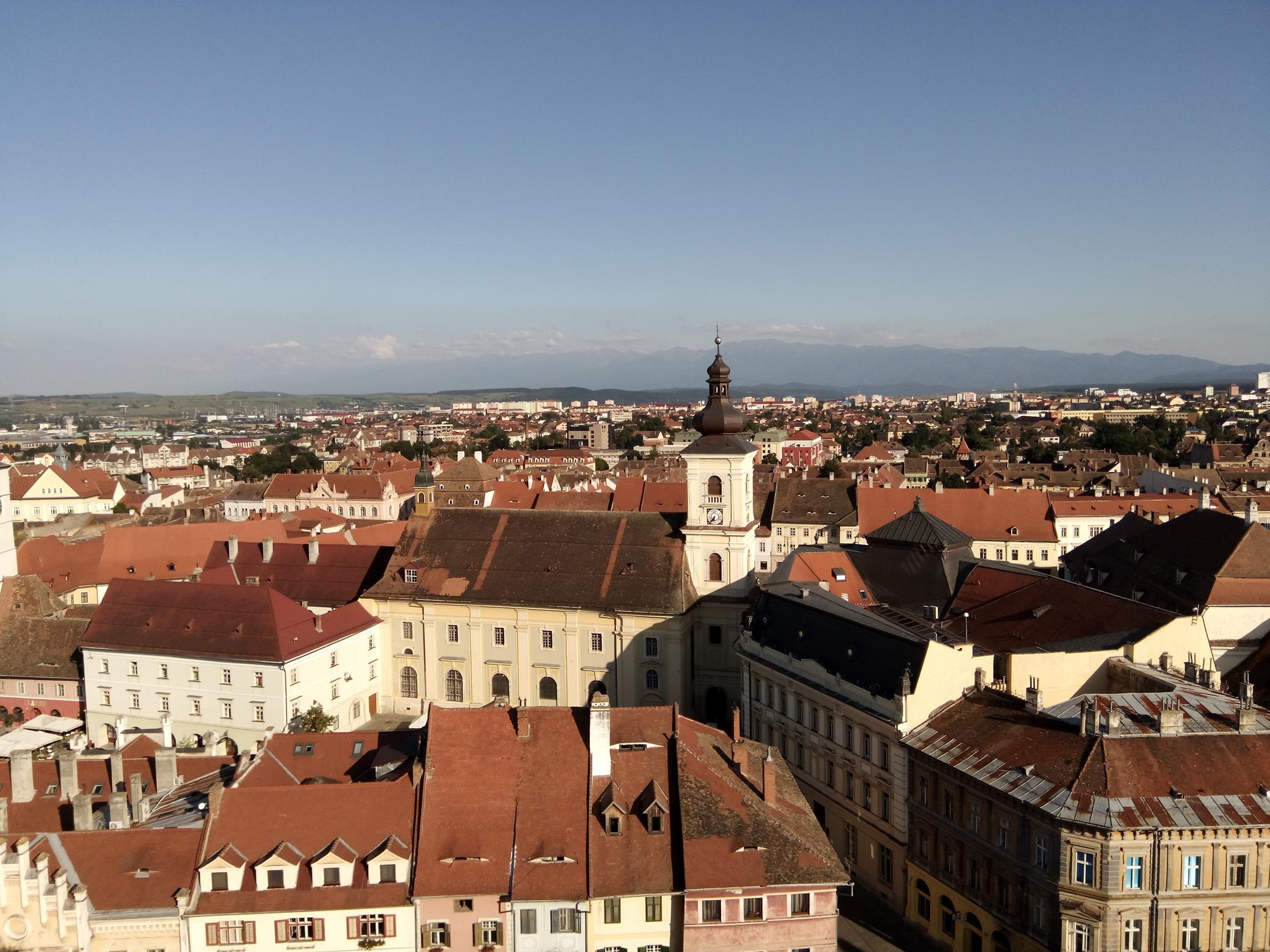 Free-floating means in this case: someone wobbles, everything wobbles. Tes turned around after a few steps, going: “I can’t do this!” I, on the other hand, eagerly climbed the stairs (without looking down!). The view from the 73 m high tower was definitely worth the effort. You get an incredible view over the city into the mountains from all four corners . To me, this was the highlight of Sibiu. 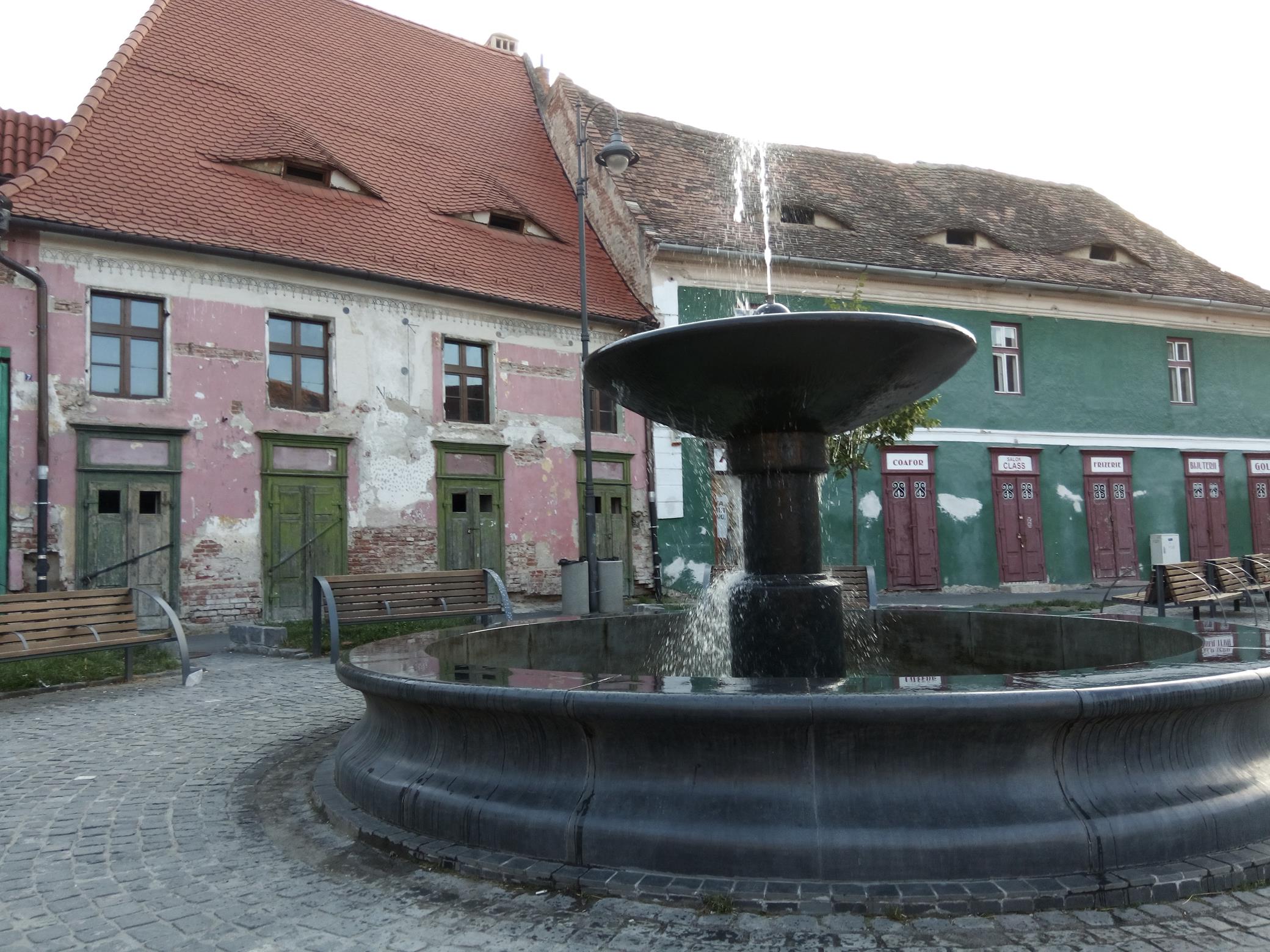 We were lucky, as the night we spend in town, there was a beach volleyball tournament as well as a folklore festival – each one spread over one of the squares in the city center. But, what I understand as folklore, the Romanian understands as something vastly different.

As naive as I was, I expected Irish folk music. However, it was some traditional Romanian tootling with Romanian dances in costumes. All in all nothing that upset me or incited me to dance. Having seen it was nevertheless an experience! 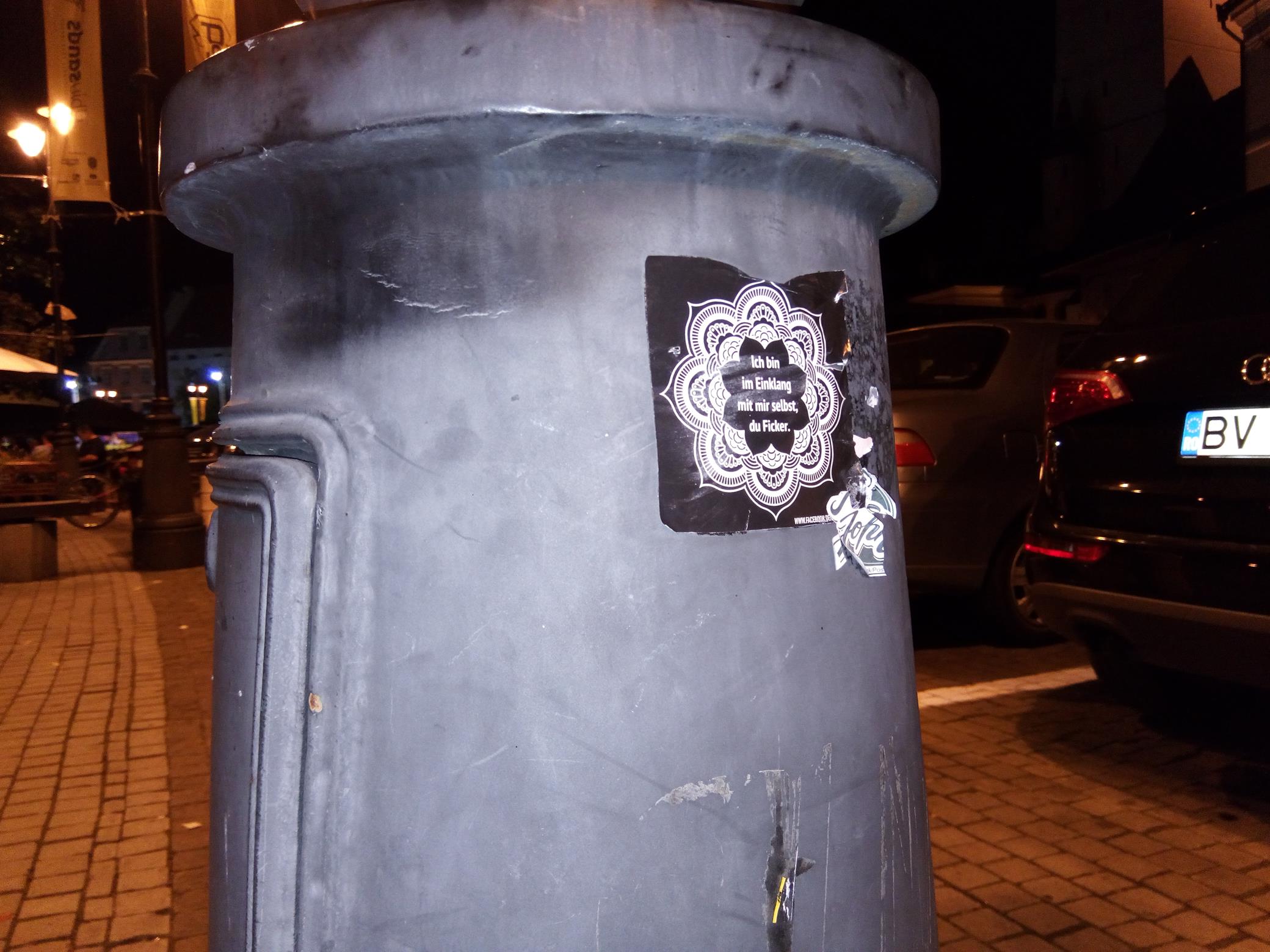 We spent the rest of the evening strolling through the old town – filled with cafes and restaurants . I found the sticker above somewhere in the old town, saying in German: I’m at peace with myself, you fucker! That’s my kind of humour.
The next day should be our last one and led us to a fairy tale like castle in Hunedoara.