Barcelona – better than I thought 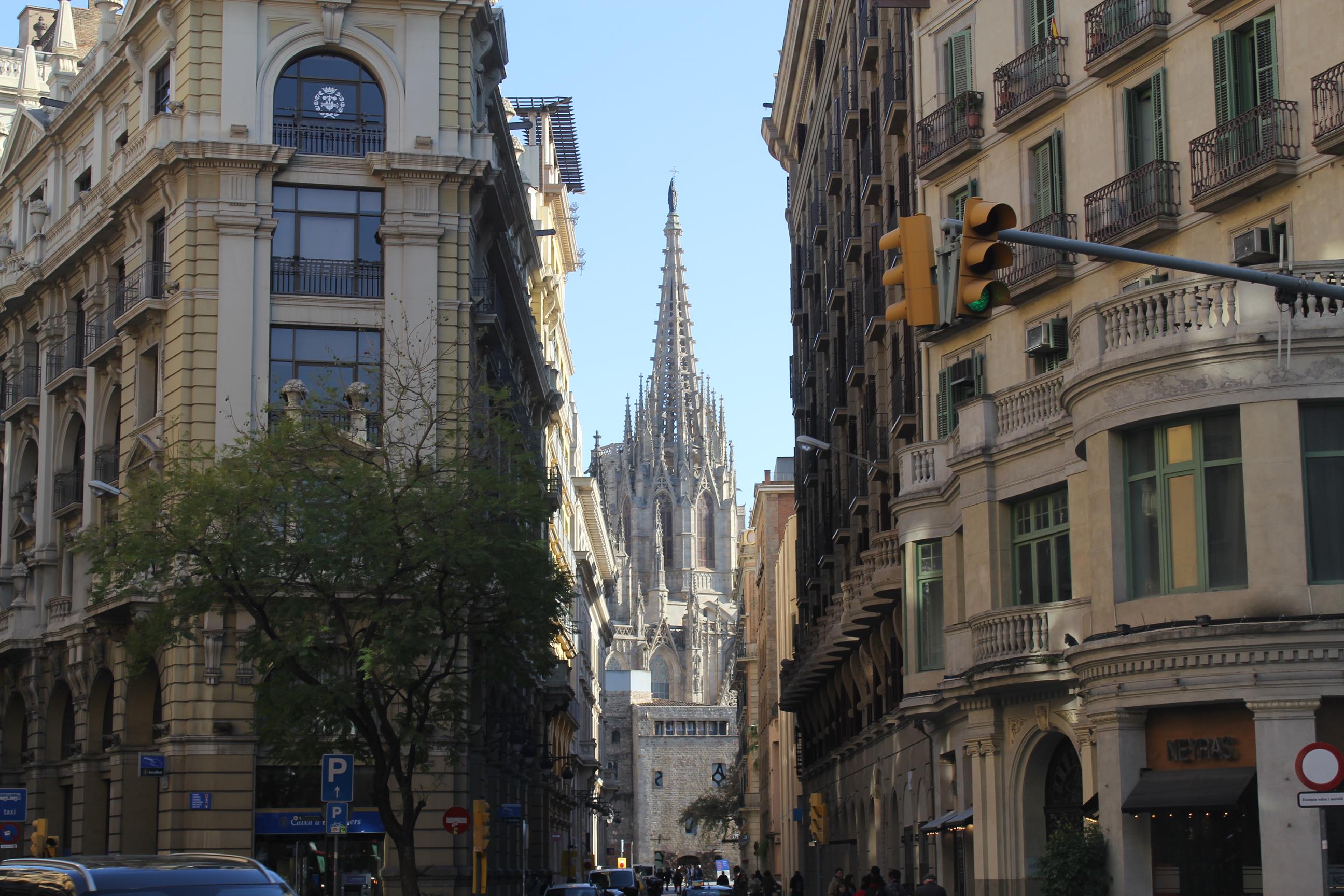 Barcelona is the capital of the Spanish region of Catalonia and is one of the most frequently visited tourist cities in Europe. About 1.65 million people live in the urban and about 4.9 million in the catchment area. However, each year, 7.8 million tourists crowd the old town to visit the countless sights and architectural highlights. The most famous destinations are the Sagrada Familia Cathedral and Park Güell. Just to name a few, you can add the Plaza Espana, Parc de la Ciutadella and the promenade La Rambla. In addition, the city abounds with museums and cultural events of all kinds, offering something for everyone. 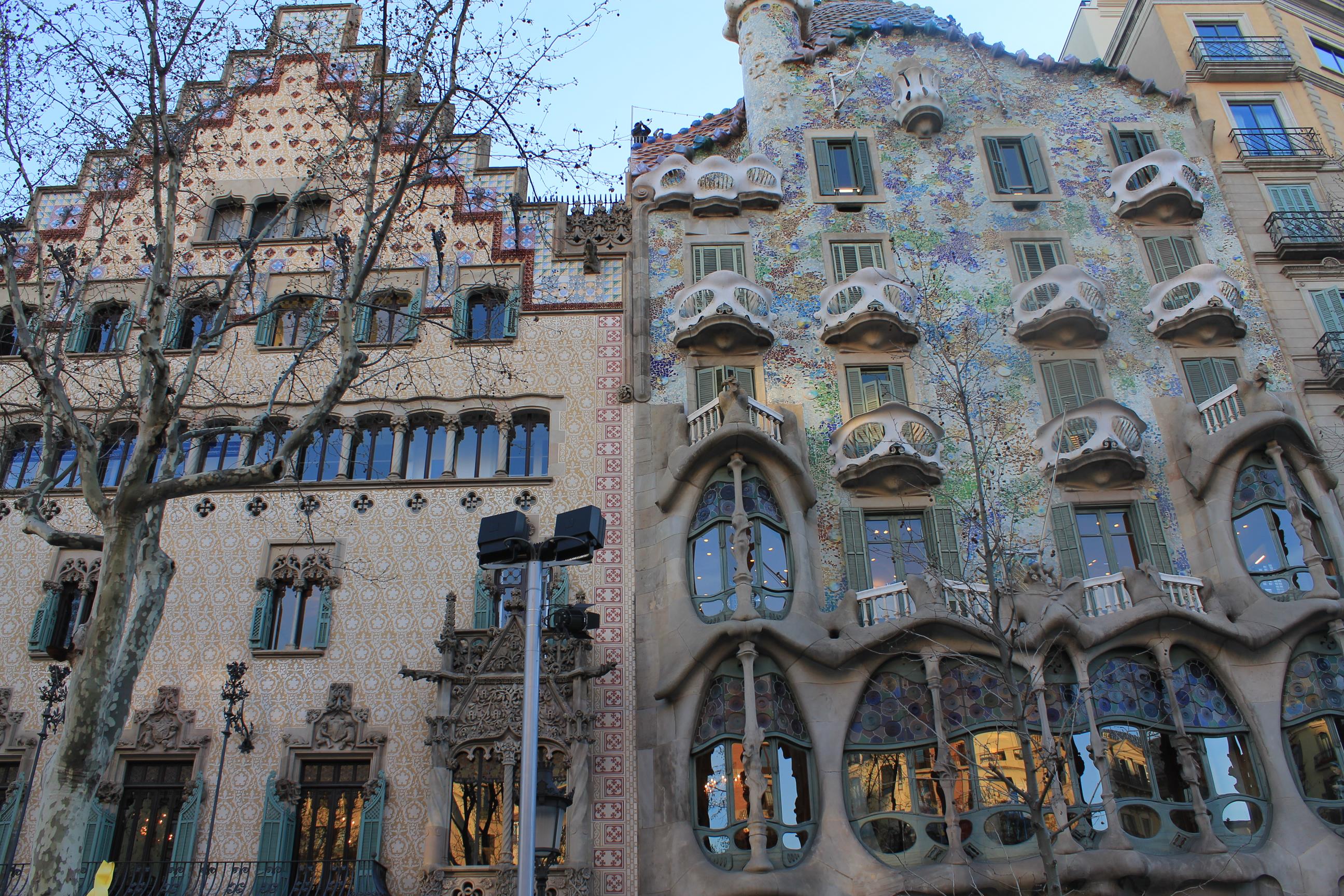 We flew in from Miami and struggled with the time difference and jet-lag. That´s why we spent our days less touristy  and put more time into acclimatization. In addition, we had underestimated the Spanish winter and were used to Caribbean temperatures. So, we spent some time shopping for warm clothes and only checked out the “Sagrada Familia” and the Park Güell. The rest of the time, we walked through the city and let ourselves drift without any destination.

Somewhere on the streets of Barcelona 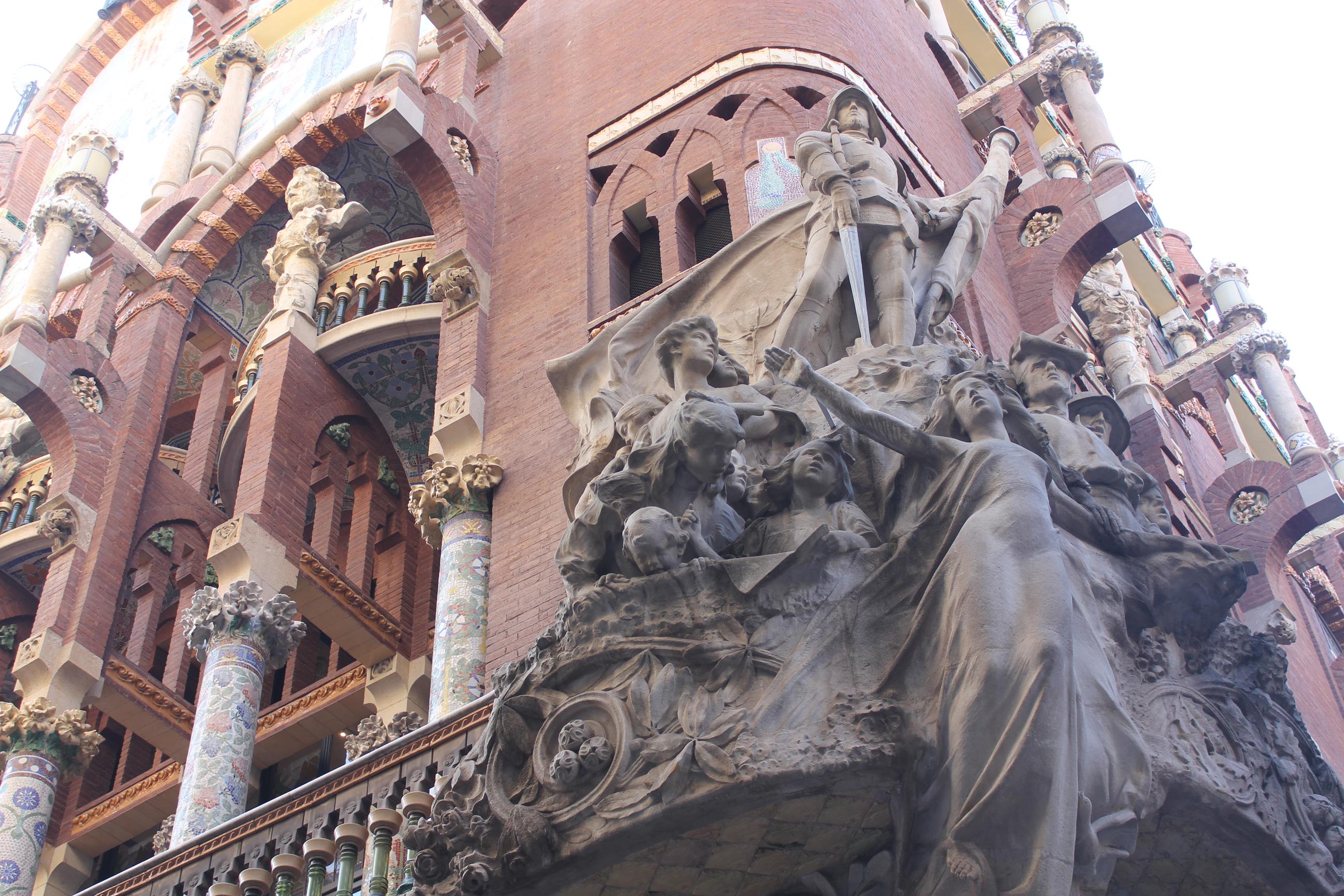 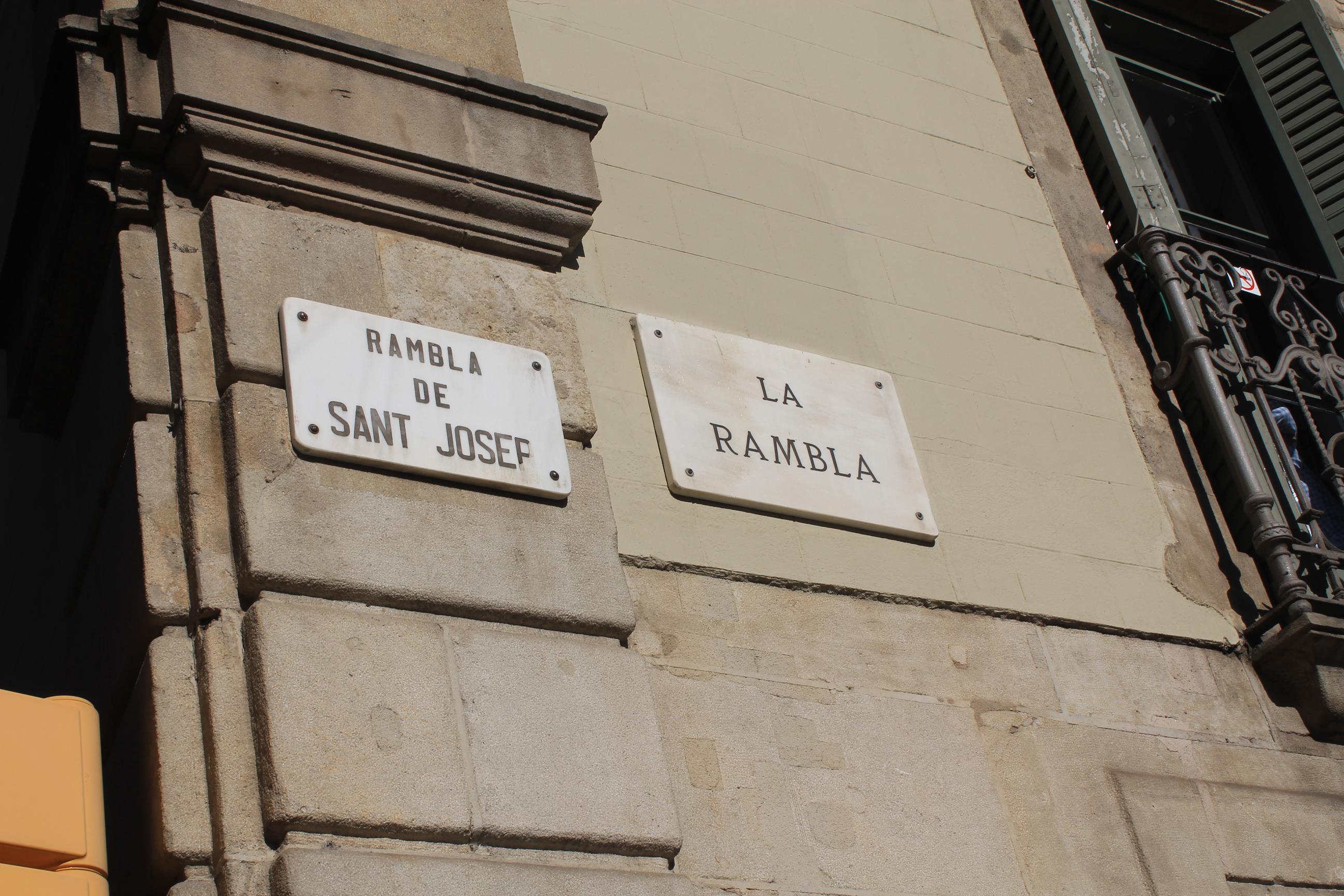 The shop window of a butcher with the famous Spanish hams# 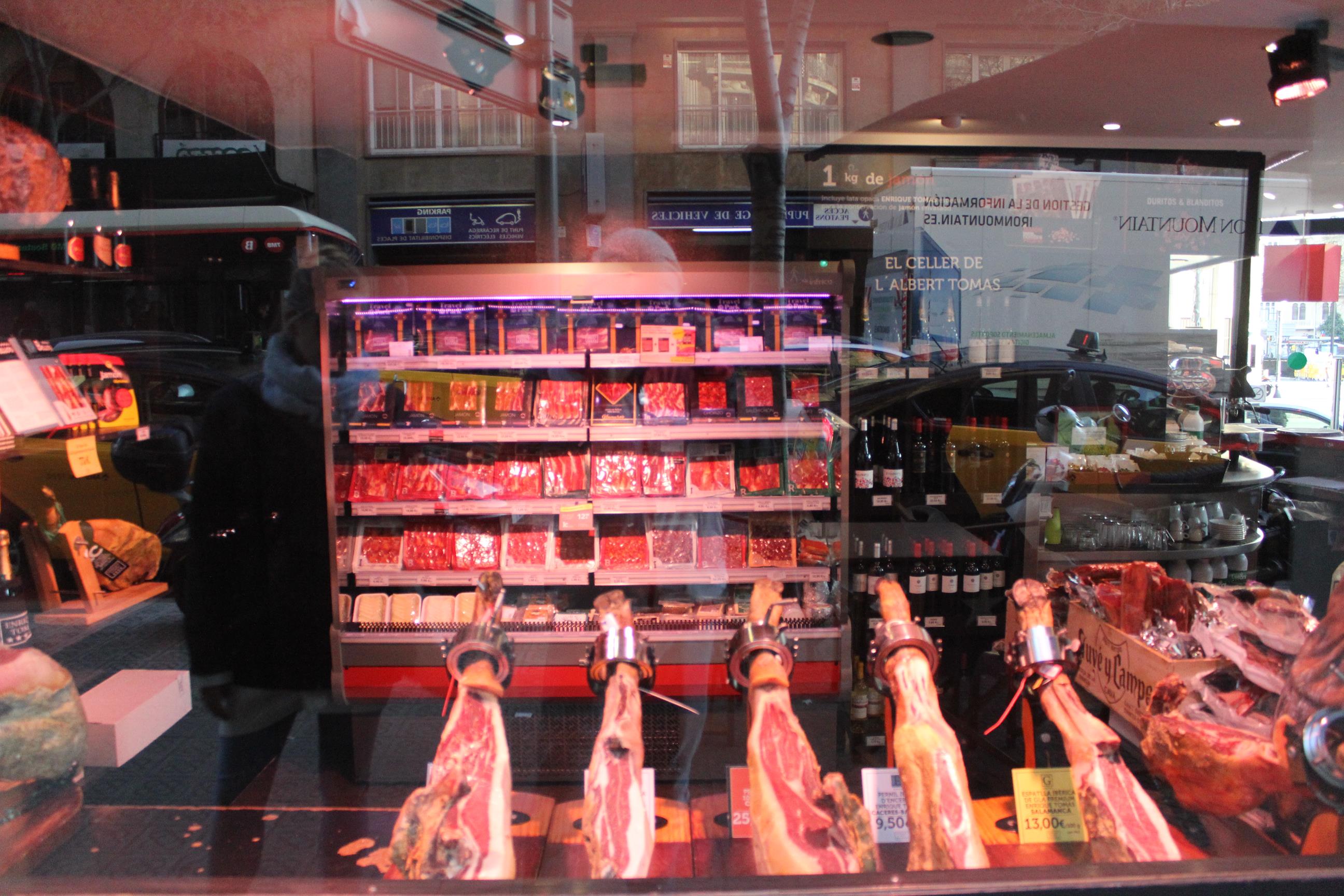 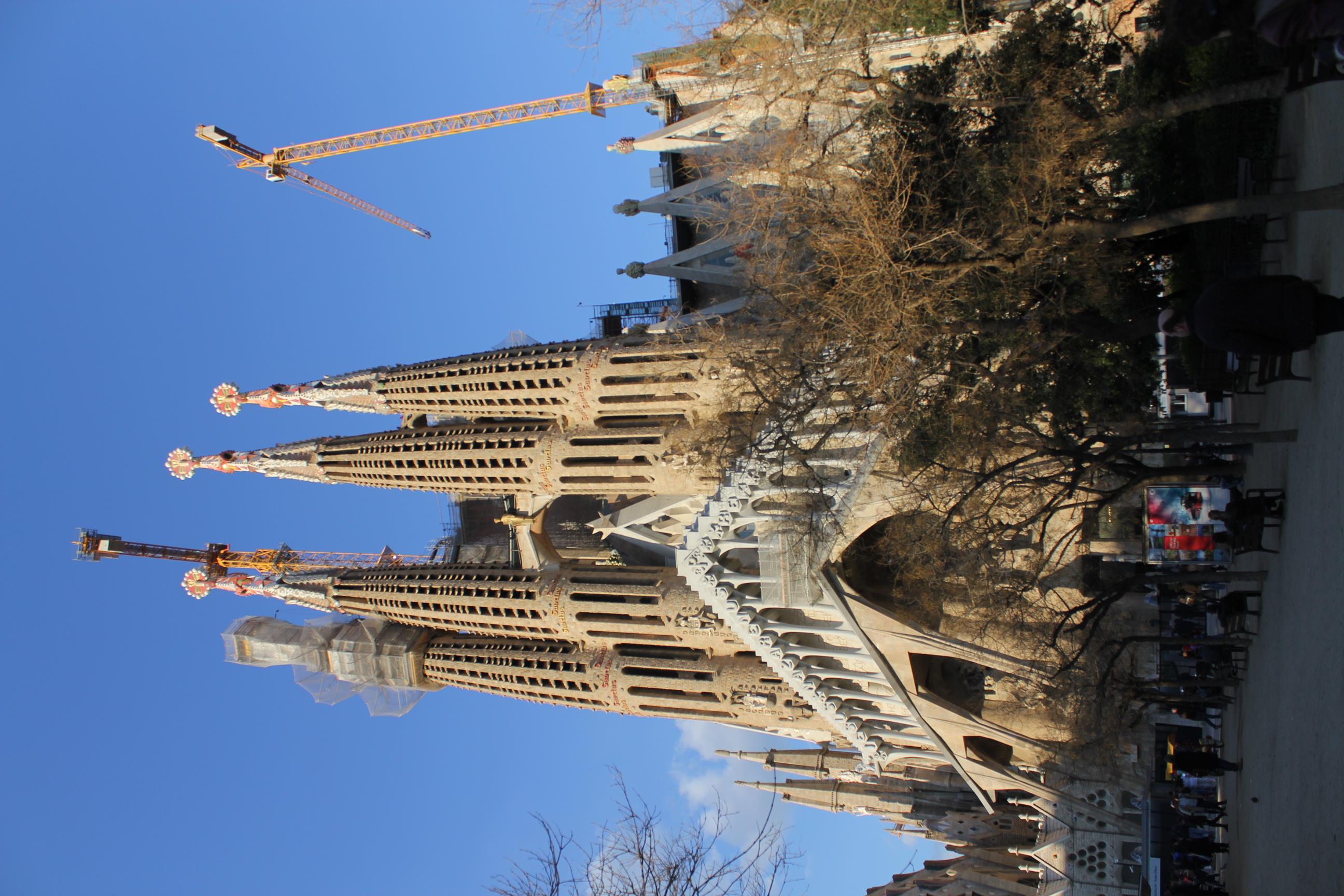 The construction of Barcelonas most famous landmark, the Sagrada Familia, was started in 1882. The building will be completed in 2026, just in time for the centenary of the death of Antoni Gaudi, who spent most of his architectural career working on the design and construction of the church and even died in a tram accident on the way to work. 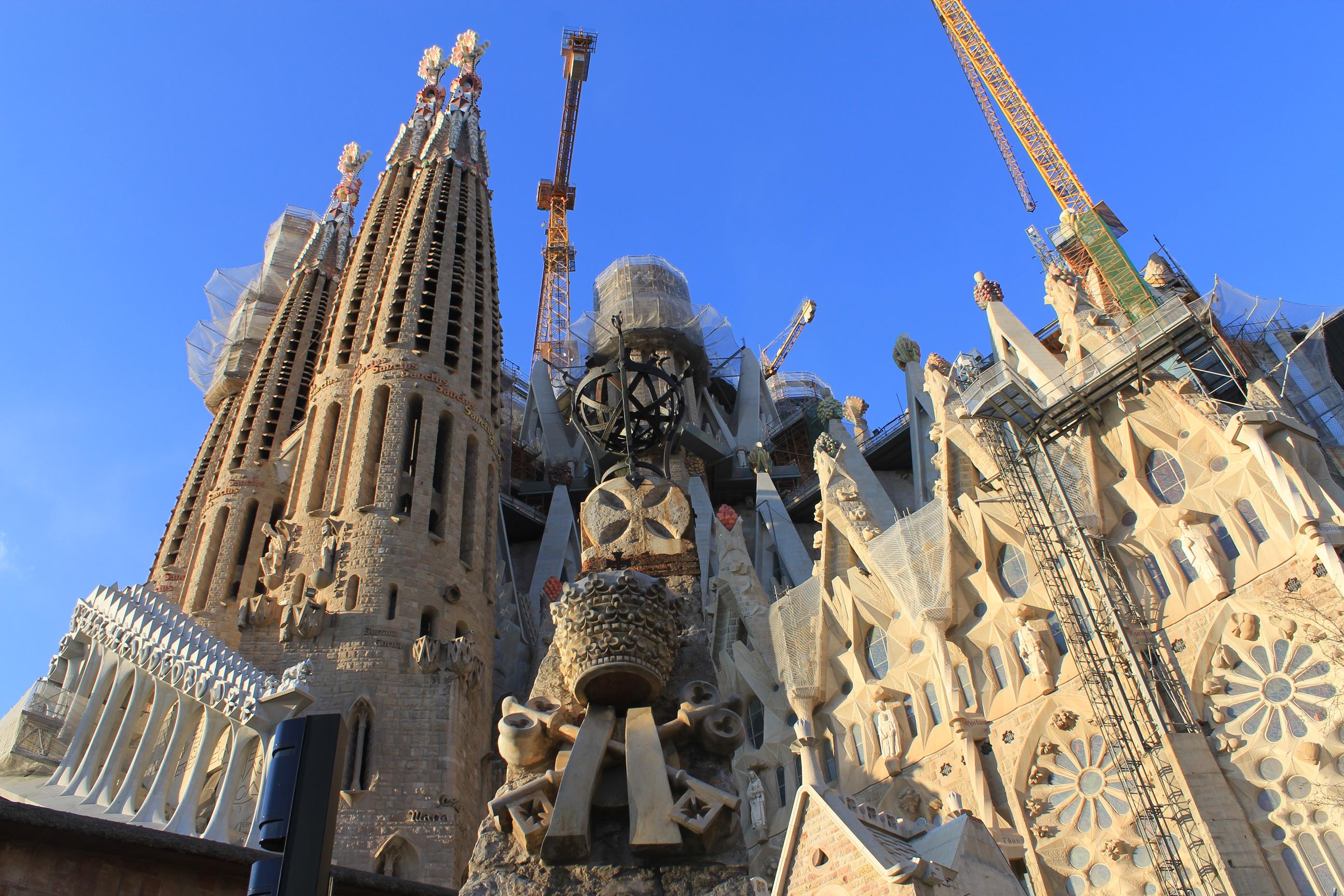 The construction of the church is financed exclusively through donations amounting to 18-22 million euros per year. By the way, every cent that can not be installed in one year is donated. So far, tourists have access to parts of the interior and the completed towers that are accessed by elevators. The single ticket costs 15. Euro. We left the visit of the interior for the next stay in Barcelona. 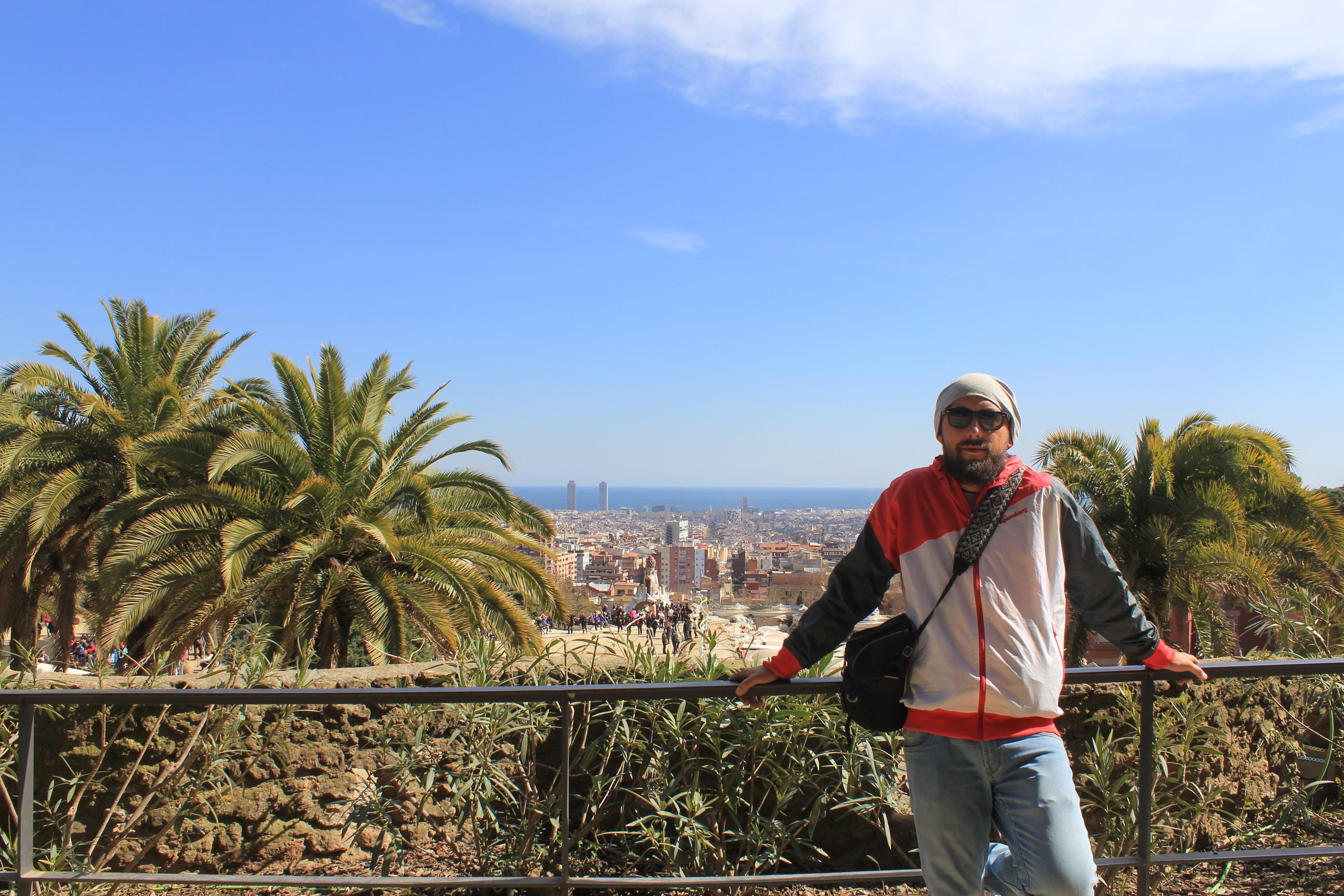 Park Güell is named after Eusebi Güell. This entrepreneur and politician commissioned the park and had it designed and built by Antoni Gaudi between 1900-1914. He dispensed of large excavation work and adapted the park to the natural hillside. In total, the attraction, which combines nature and art in a unique way, extends over approximately 17 hectares. Worth mentioning is the wonderful view over the city to the sea. There are beautiful mosaics everywhere, that have been inexpensively organized from waste from the nearby ceramic factories. 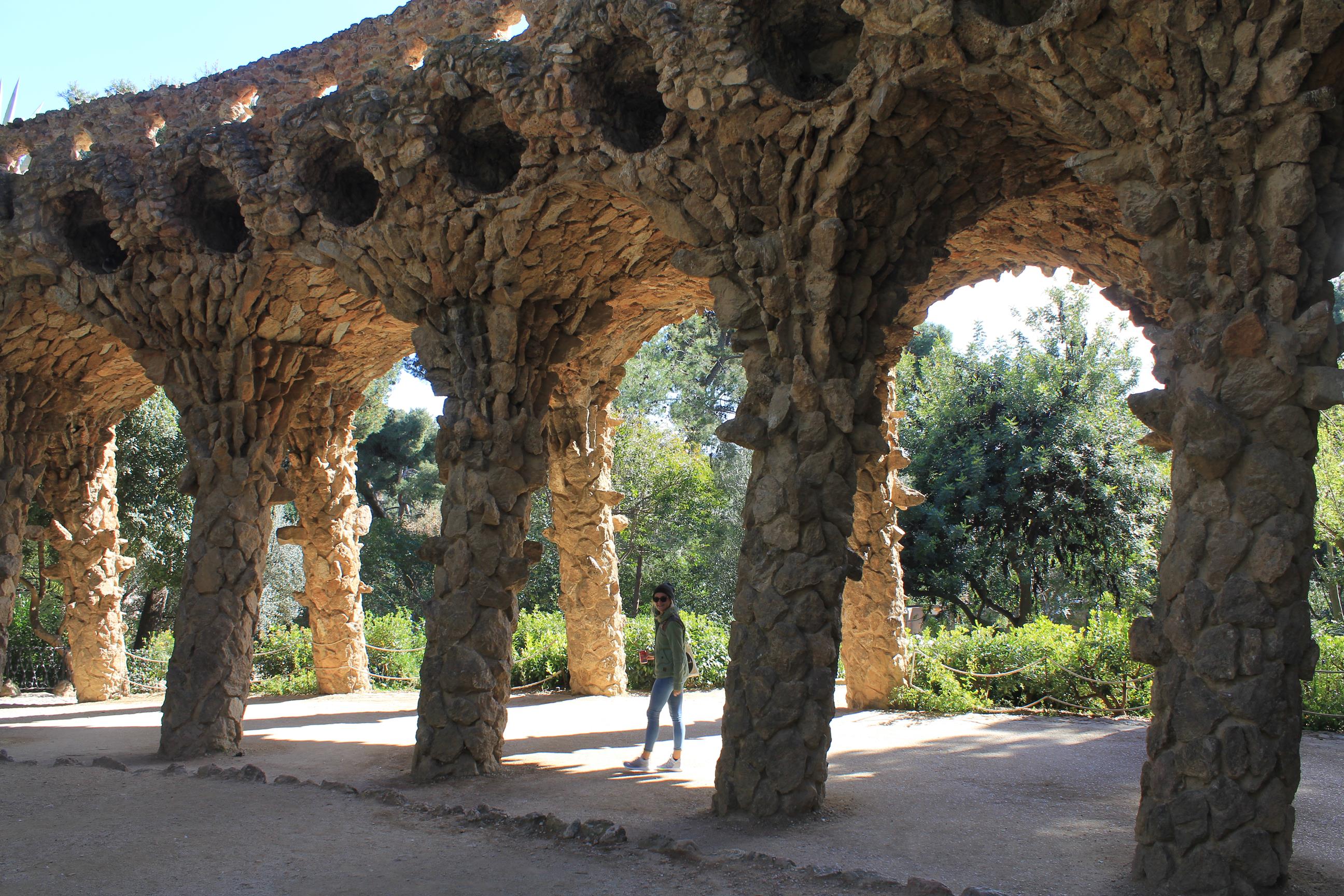 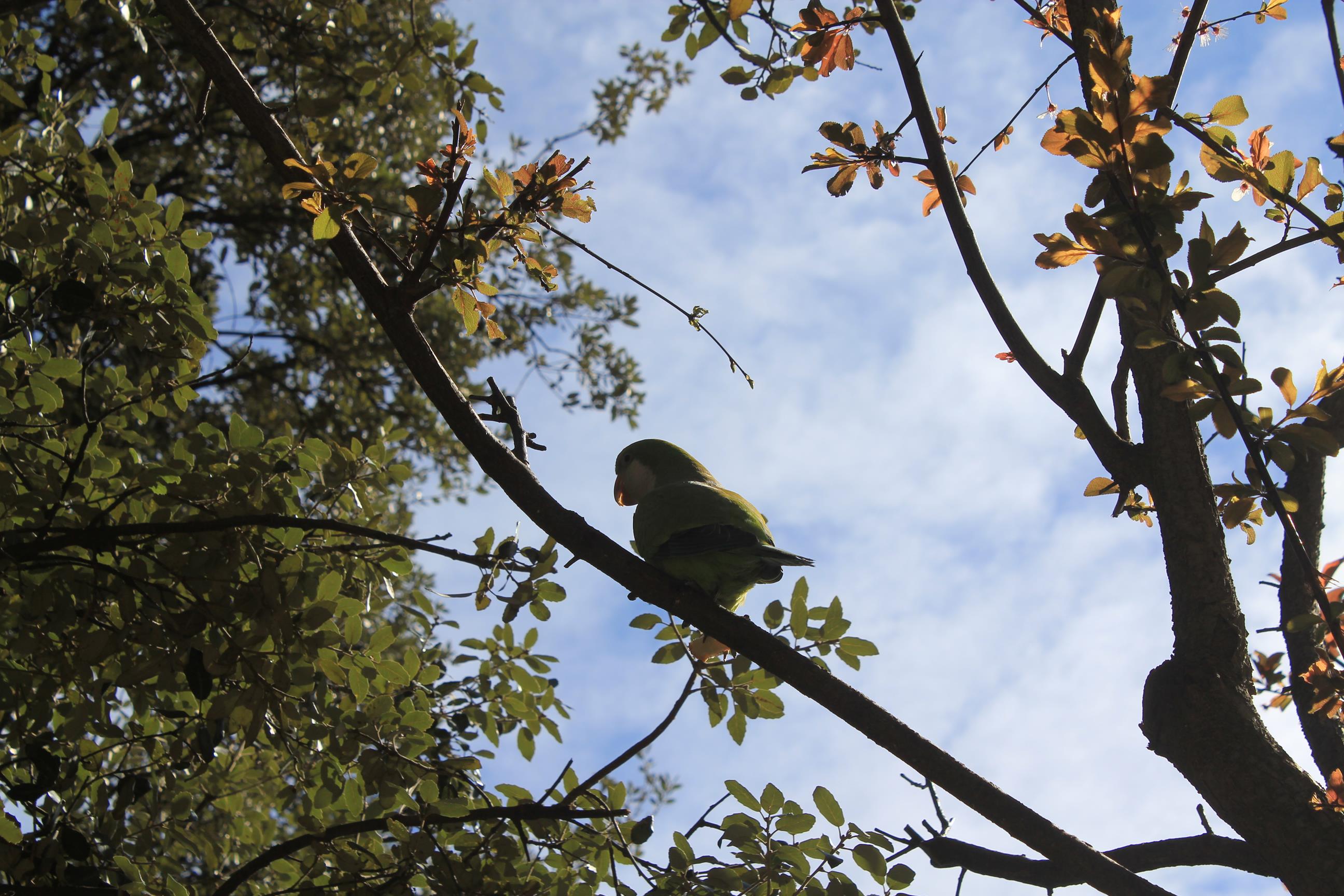 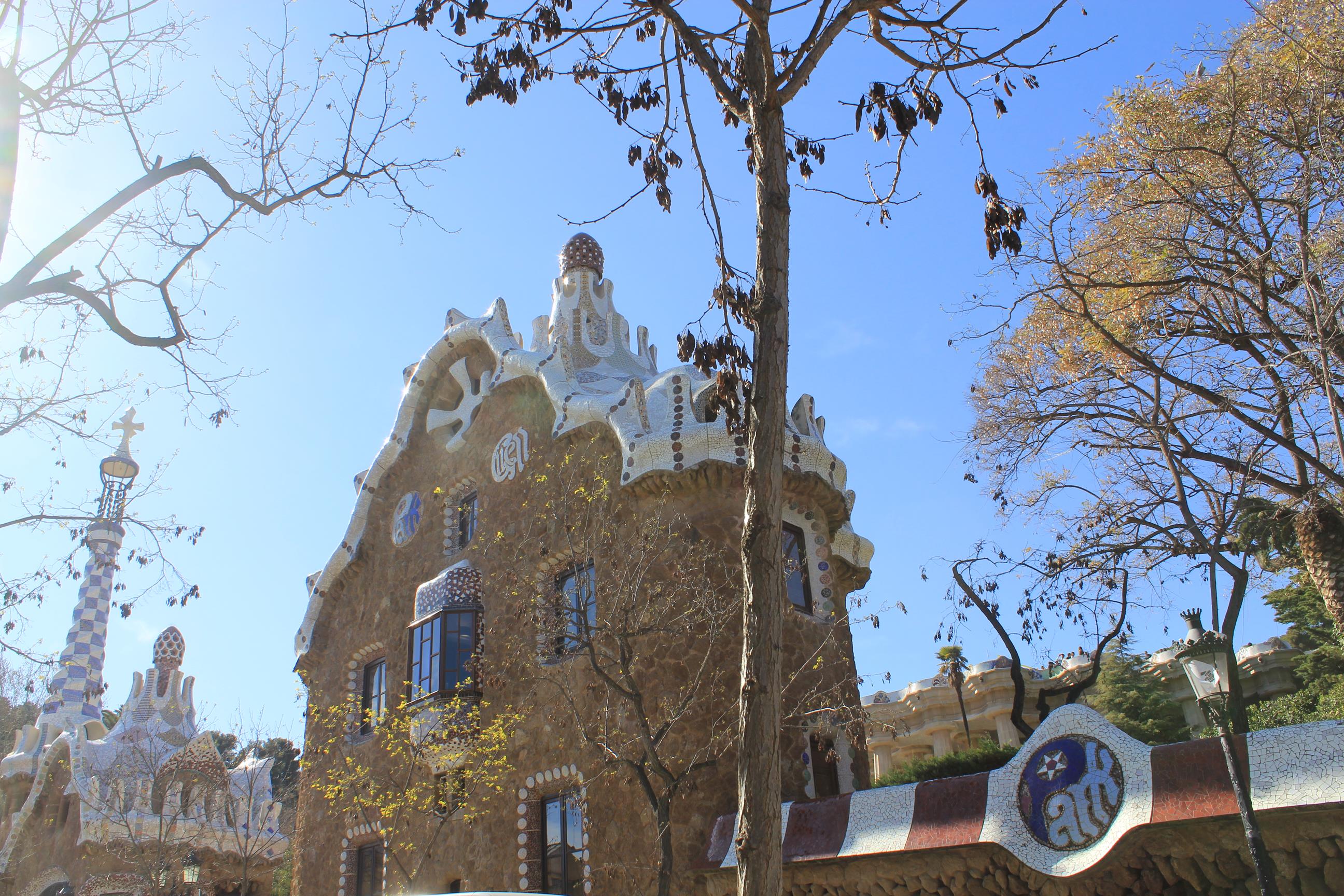 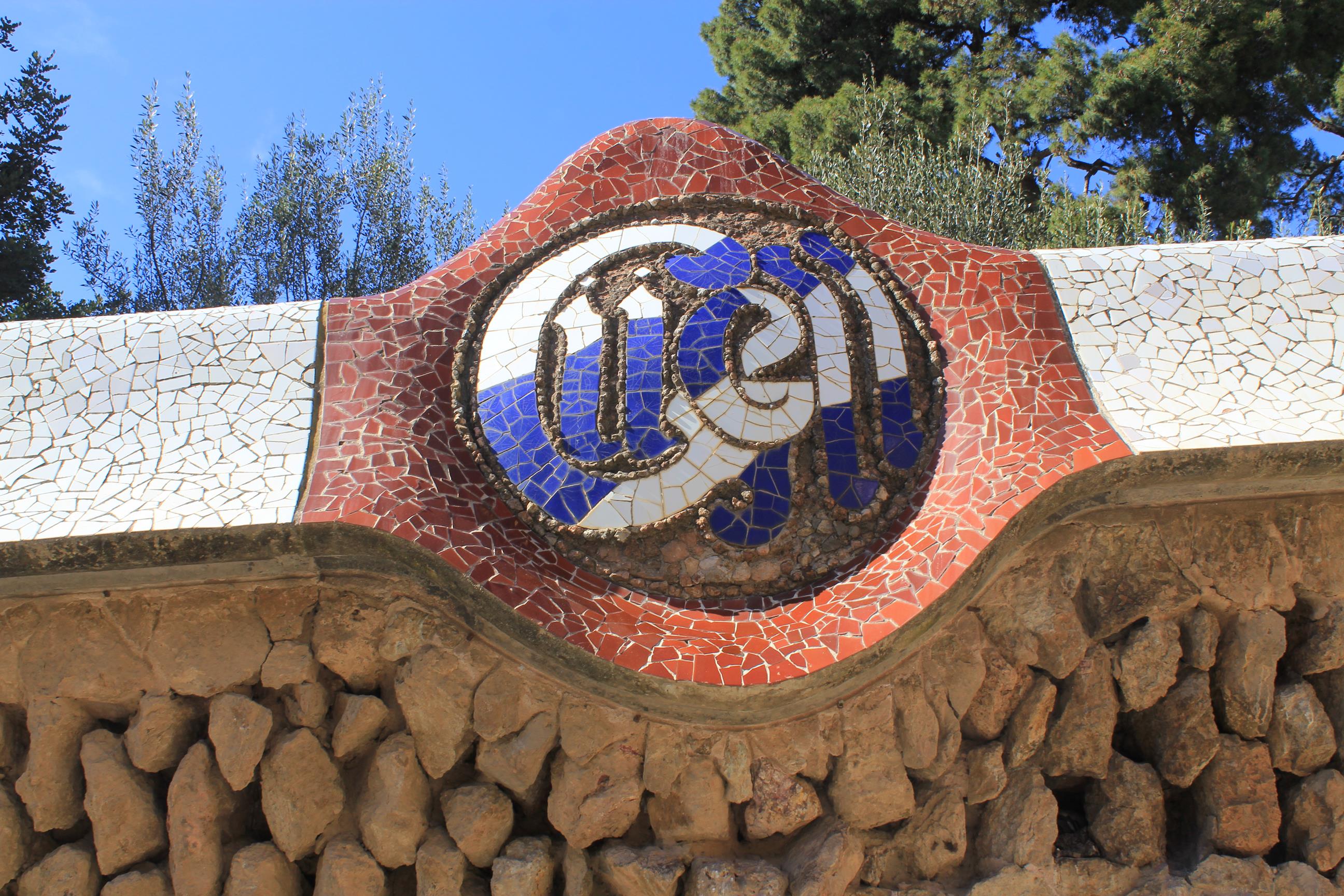 Personally, I liked the native green parrots in the park best. These nest in the palm trees and can be heard throughout the area. It was unclear to me, that Spain’s wildlife is so different from the German. I became more aware of this when we visited the Ebro Delta a few kilometers from Barcelona. Here, flamingos from Africa immigrate to breed.

At a closer look you recognize two parrots 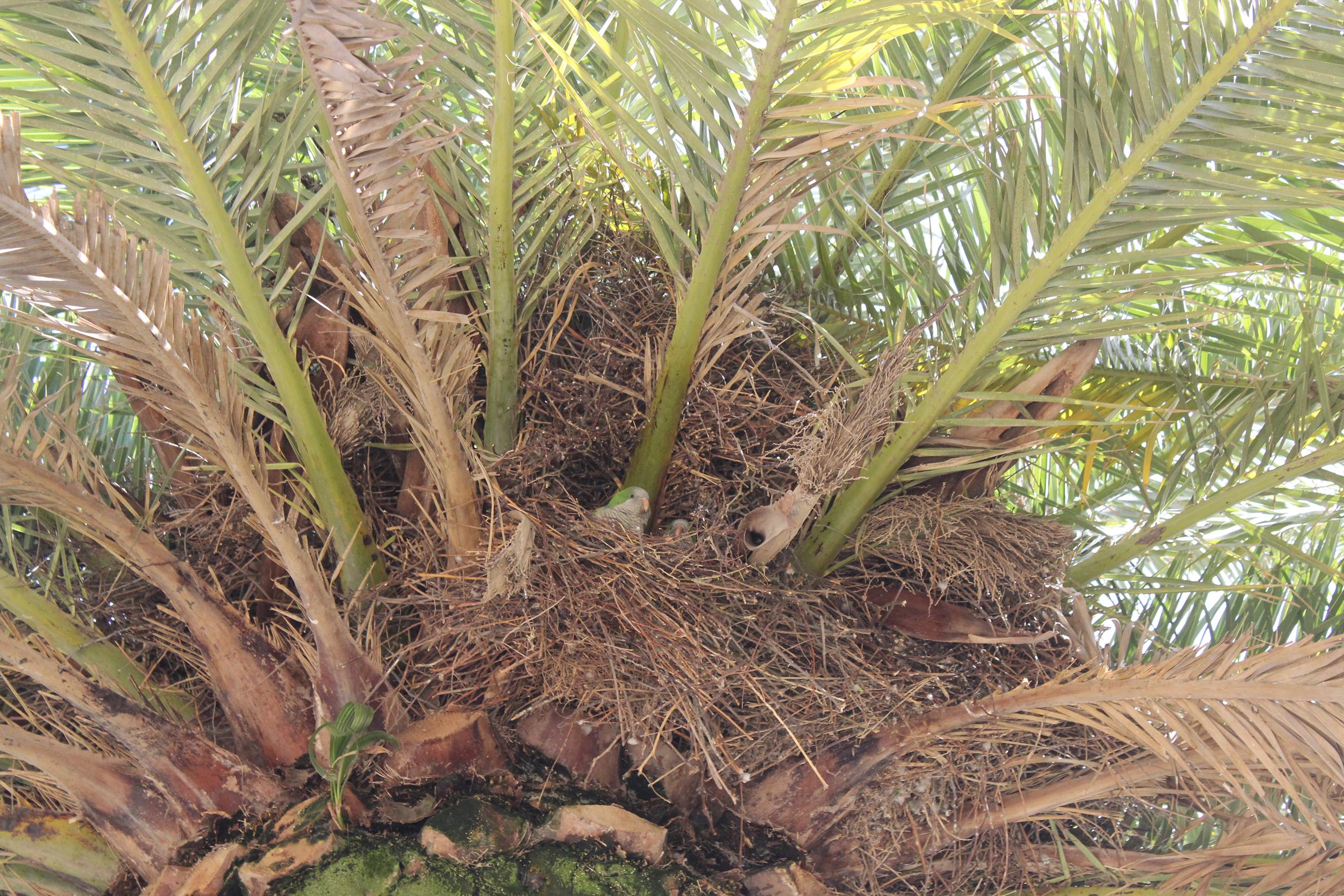 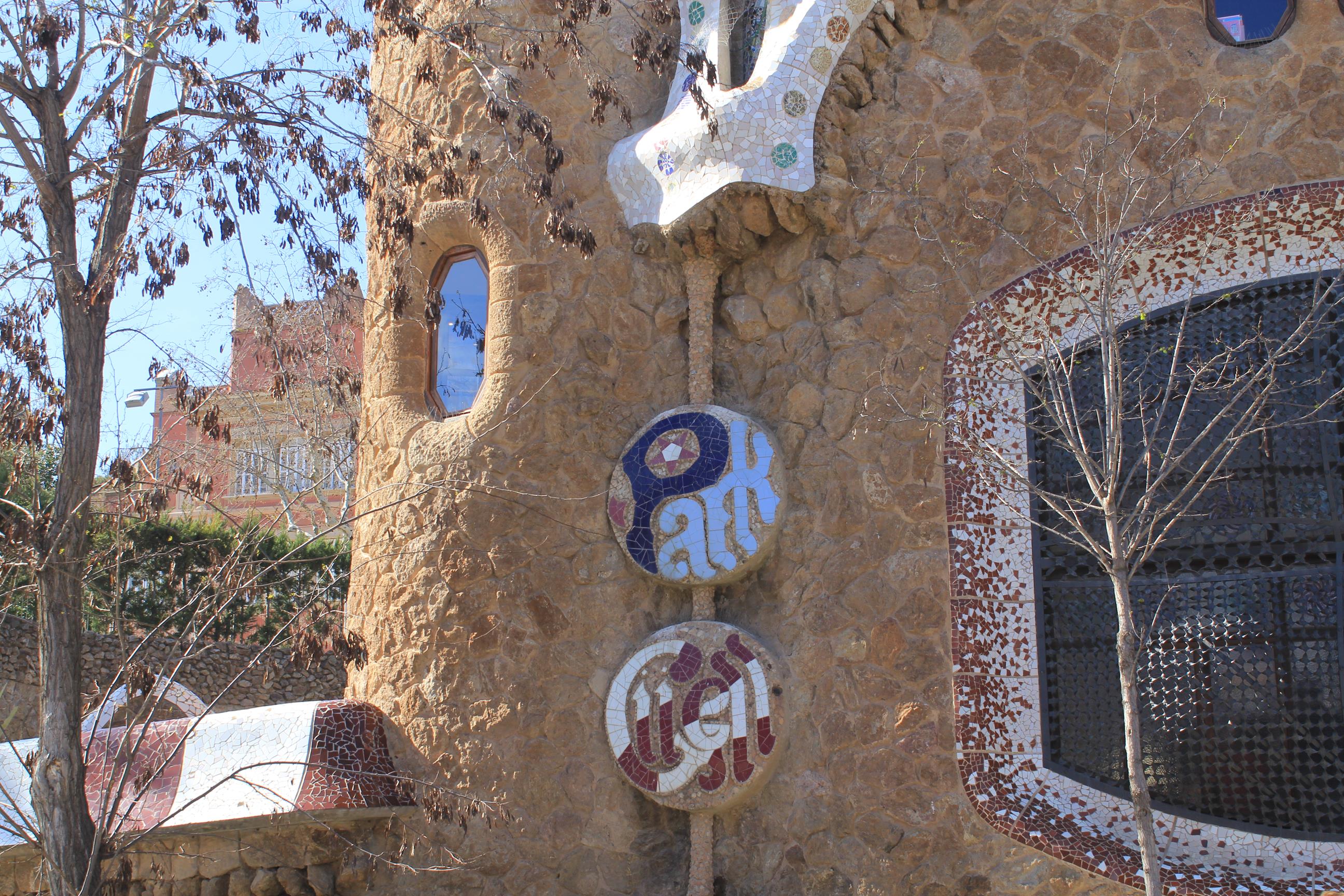 To me it is a somewhat unusual idea, but the Ebro delta is home to the largest rice-growing area in Spain. I didn´t even know that the plant is cultivated in Europe at all. The River Ebro, however, offers perfect conditions by supplying the farmers with fresh water and flooding of 75% of the area. More or less the remainder of the 320 square kilometer area is designated as a nature reserve that provides breeding grounds and nesting sites for hundreds of bird species.

The accesses to the beaches 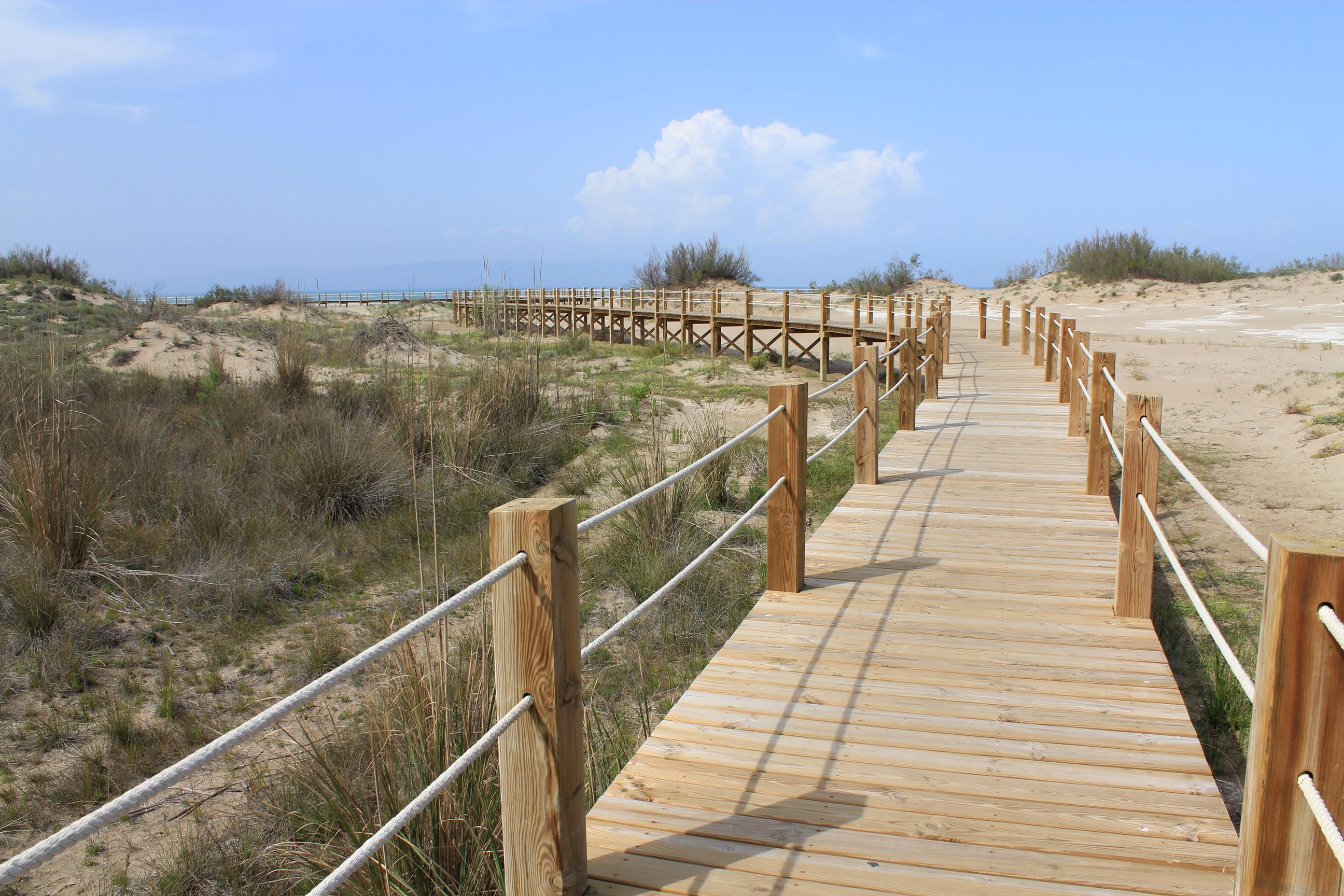 The biggest impressions left the huge groups of flamingos. You get to see thousands of them. In Spain, the birds lose their pink color due to their diet change and turn white. I had also never expected, that there are killer whales and dolphins near the coast line. 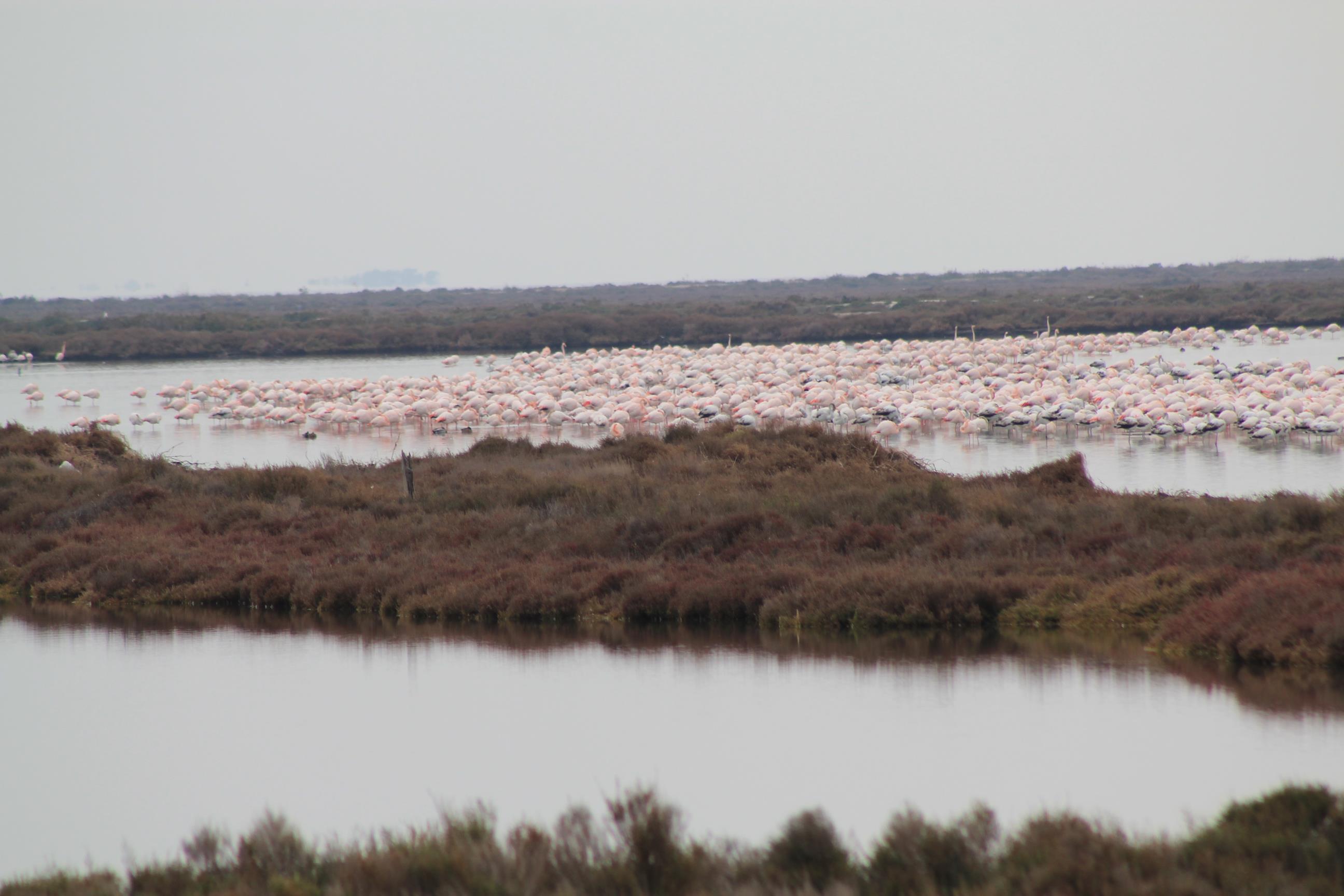 You only become aware of the number of flamingos when you see them from a distance. 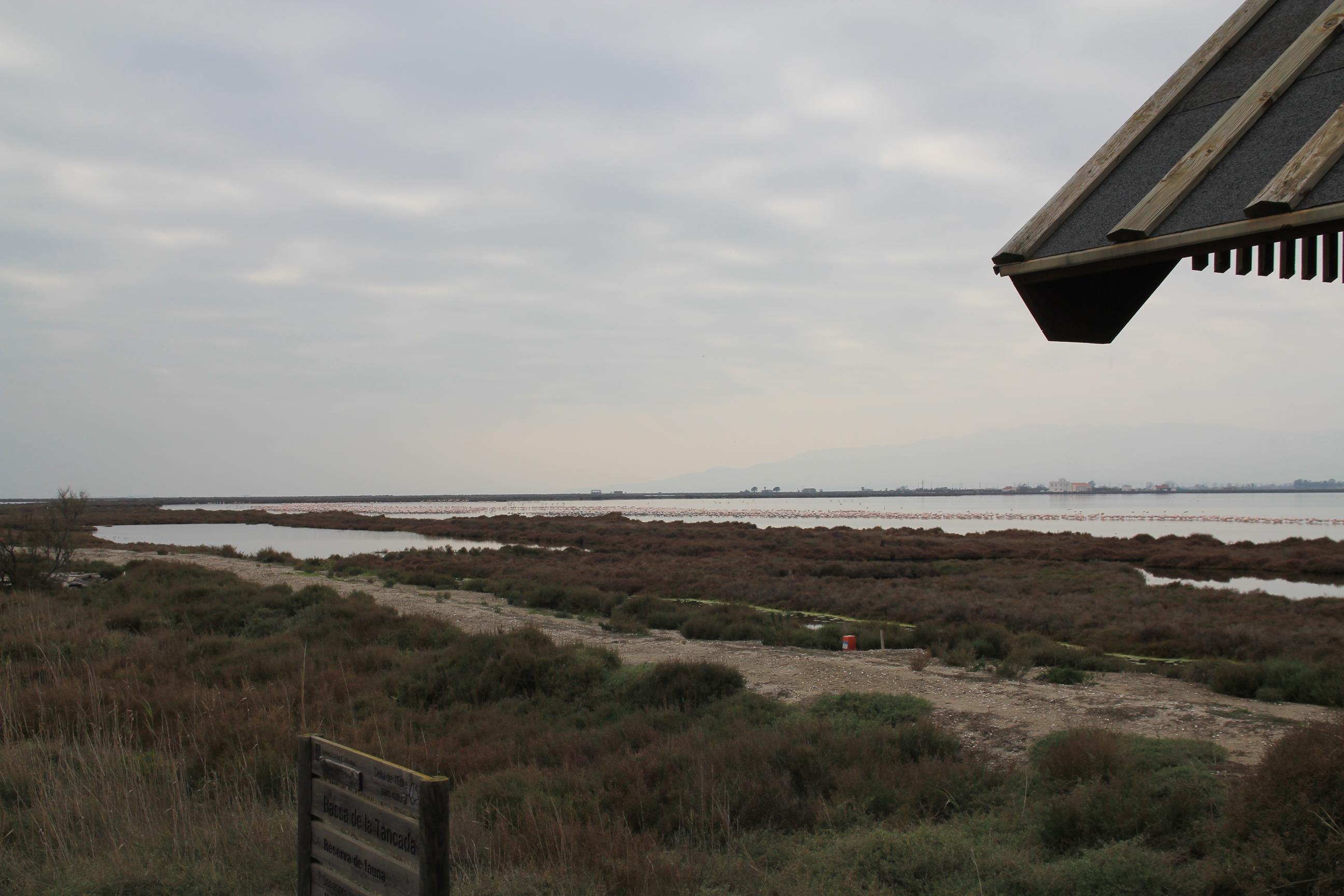 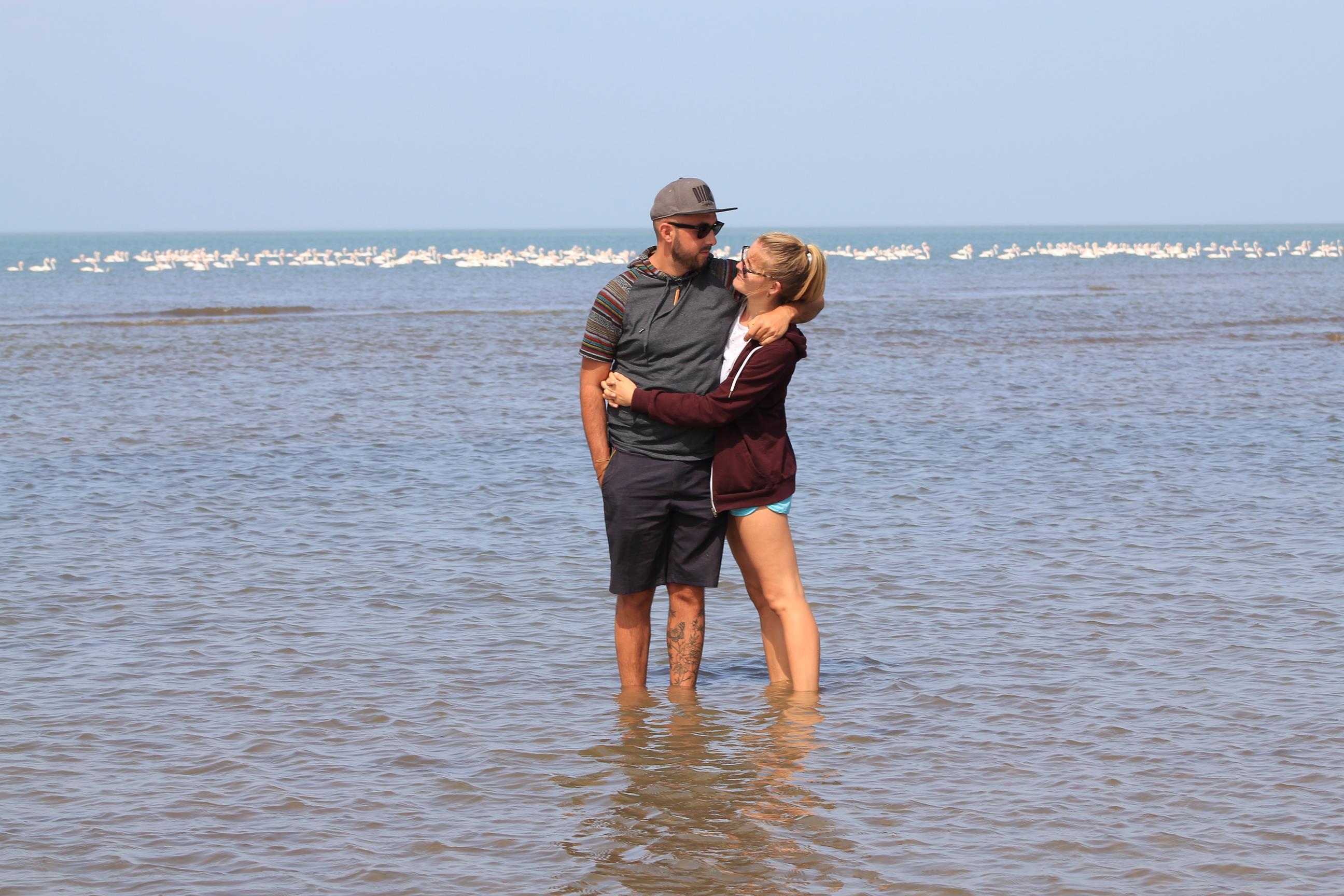 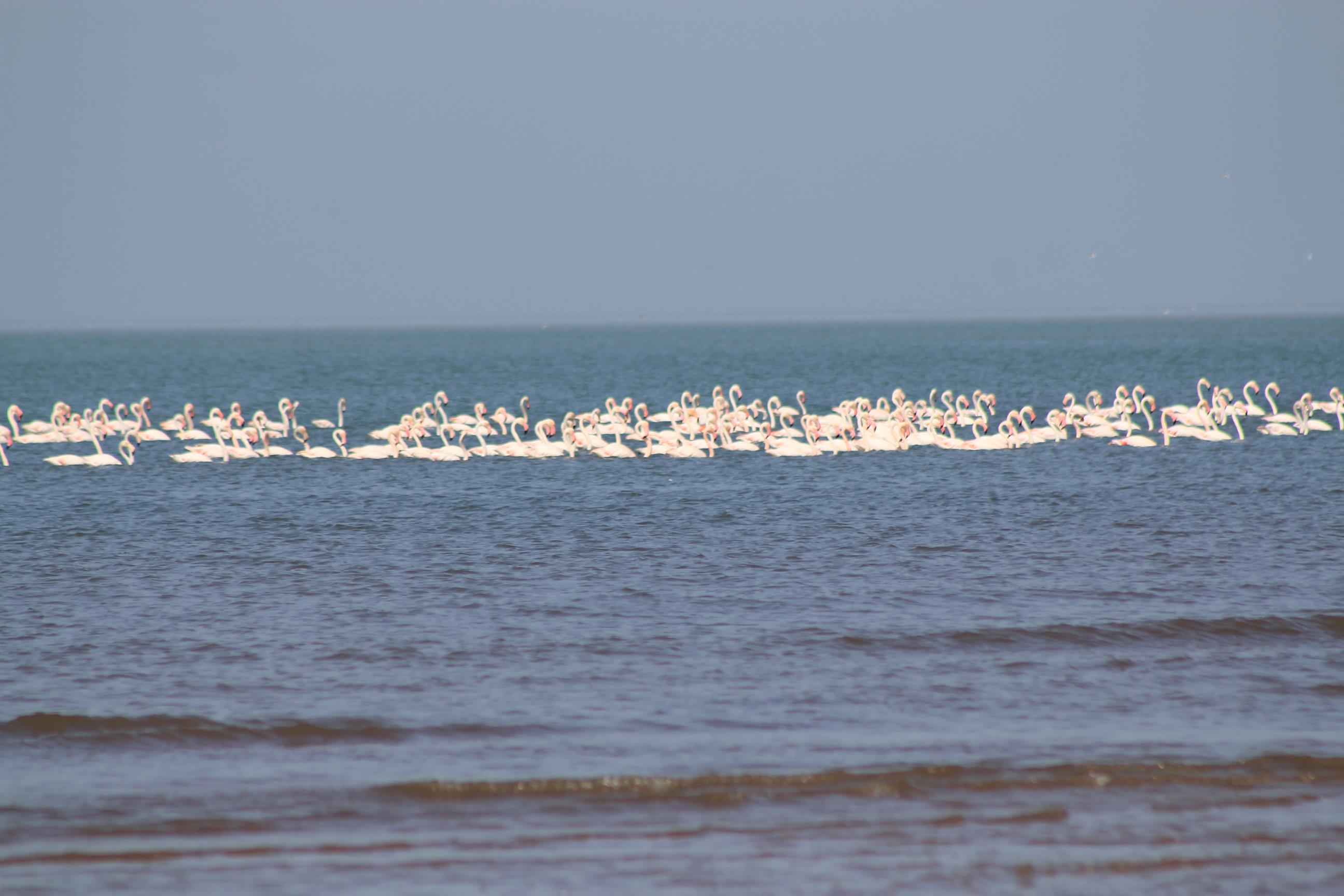 They mine Salt here 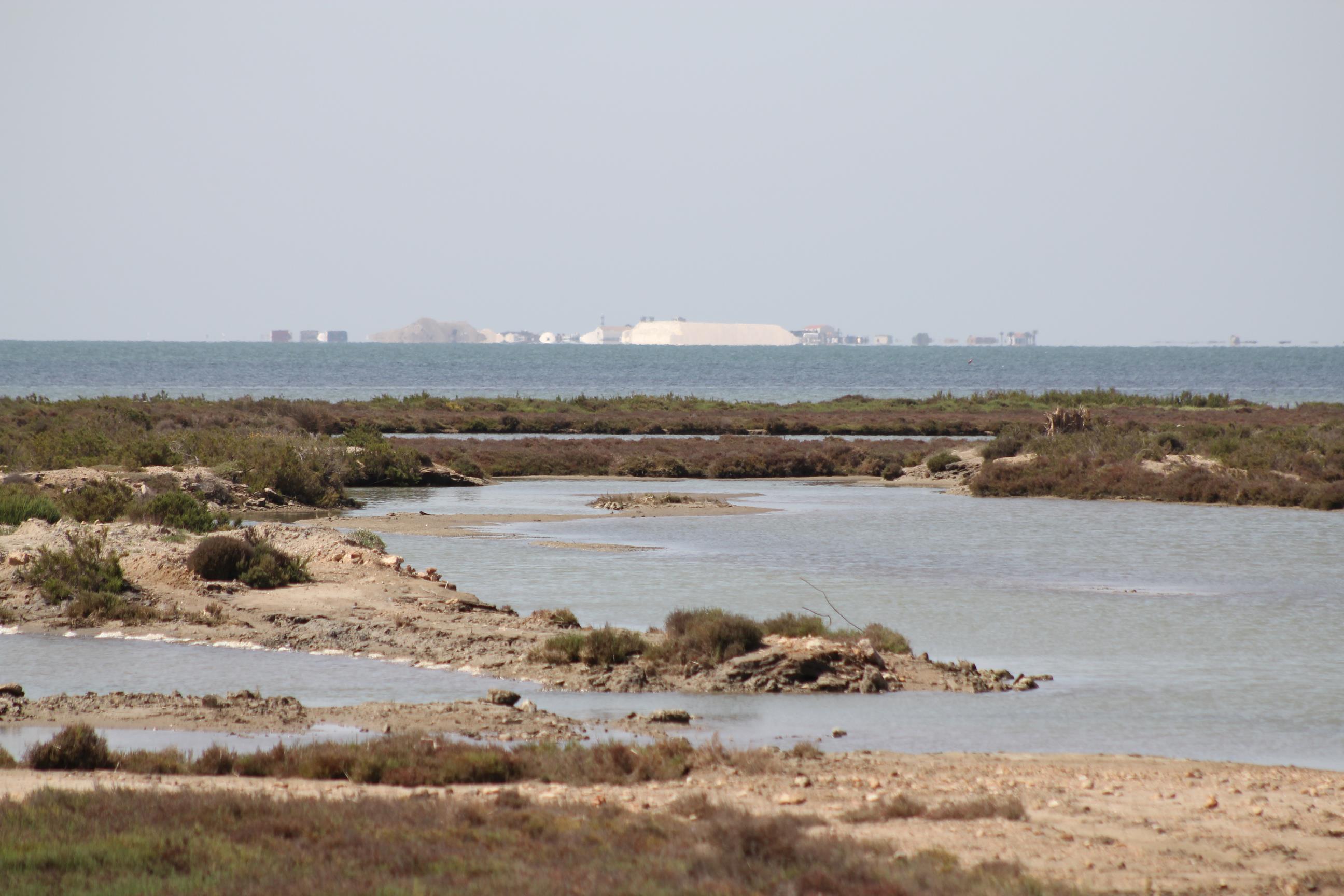 The access road to the salt works – in case of flooding, no truck has a chance 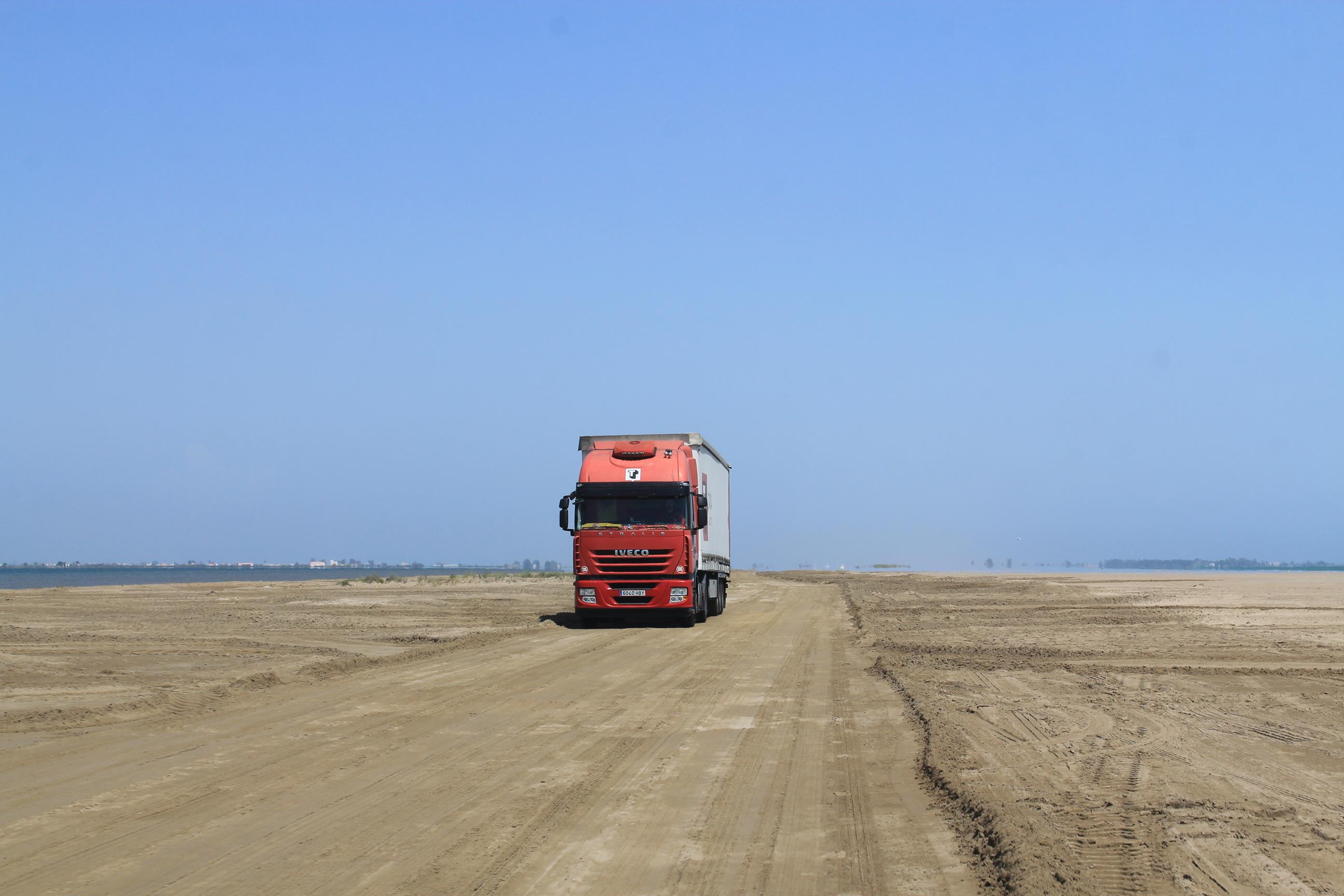 In general, Barcelona is one of my favorite cities in Europe. The atmosphere is relaxed, the people friendly and lots of small things create a beautiful picture. I can only recommend a visit and will be spending more time on site myself. The next reports are about Girona, Vinaros and Peniscola as well as Valencia.

By the way, I photograph with a Canon 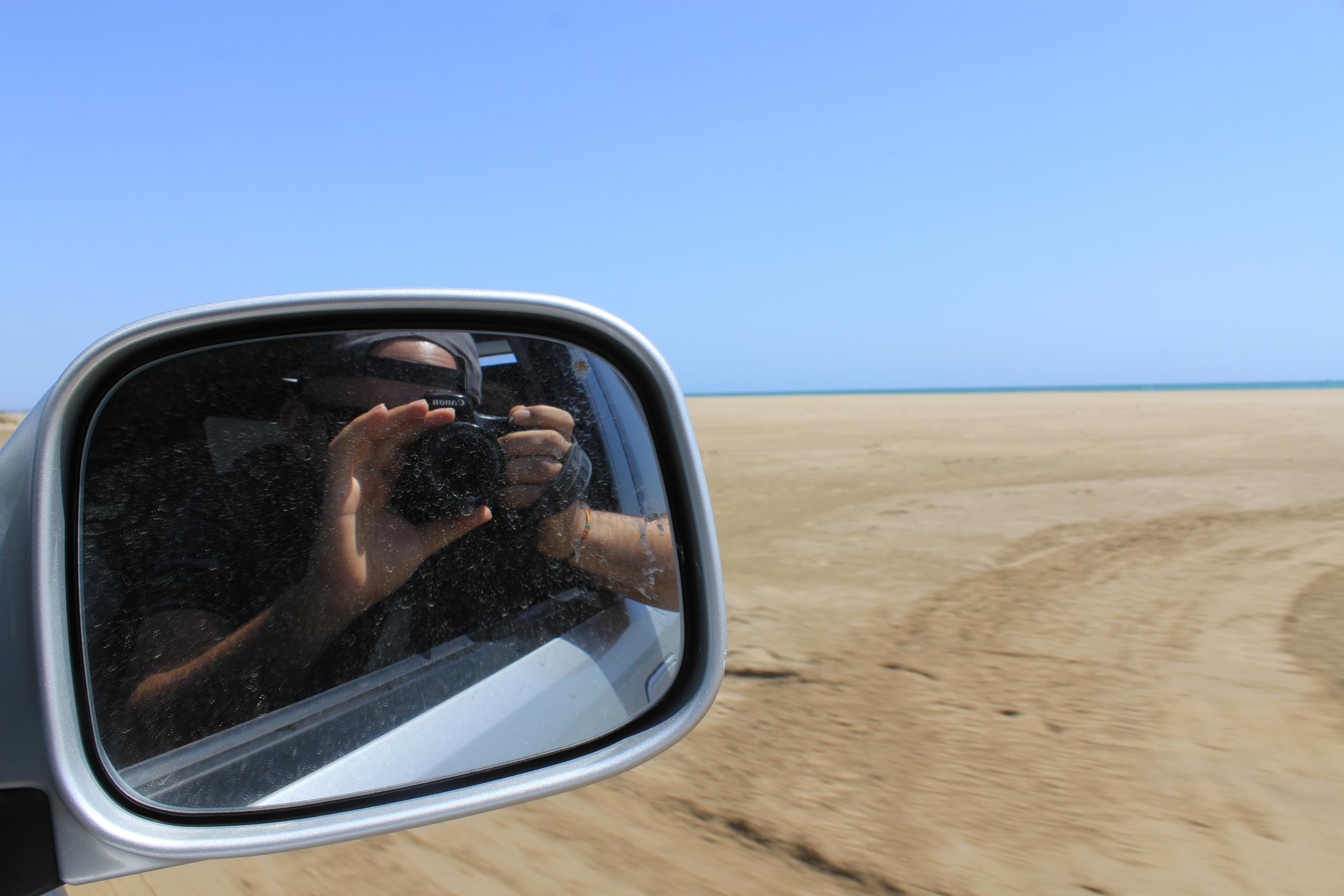