Tena – the gate to the Amazon

The observation tower in Tena 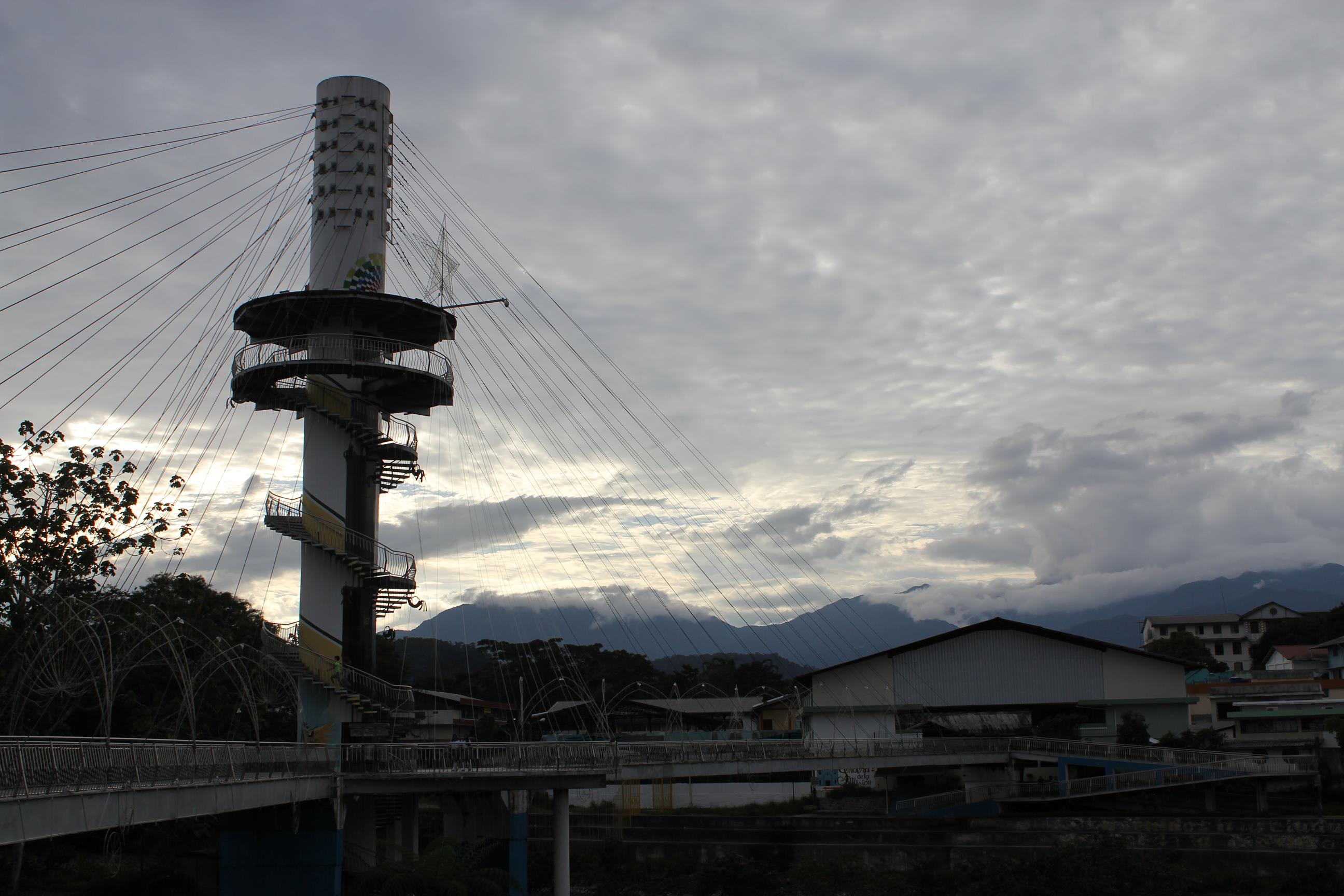 Tena is a city with 20,000 inhabitants and located on the border to the Amazon. Most tourists come to the area to participate in guided expeditions to the rain forest. They offer tours between one and fourteen days and can also adjust to your individual needs. Otherwise, the most popular tourist activity is kayaking and you can see a lot of cars driving through the streets, packed with canoes.

A snapshot of the city, on the right the island with the park 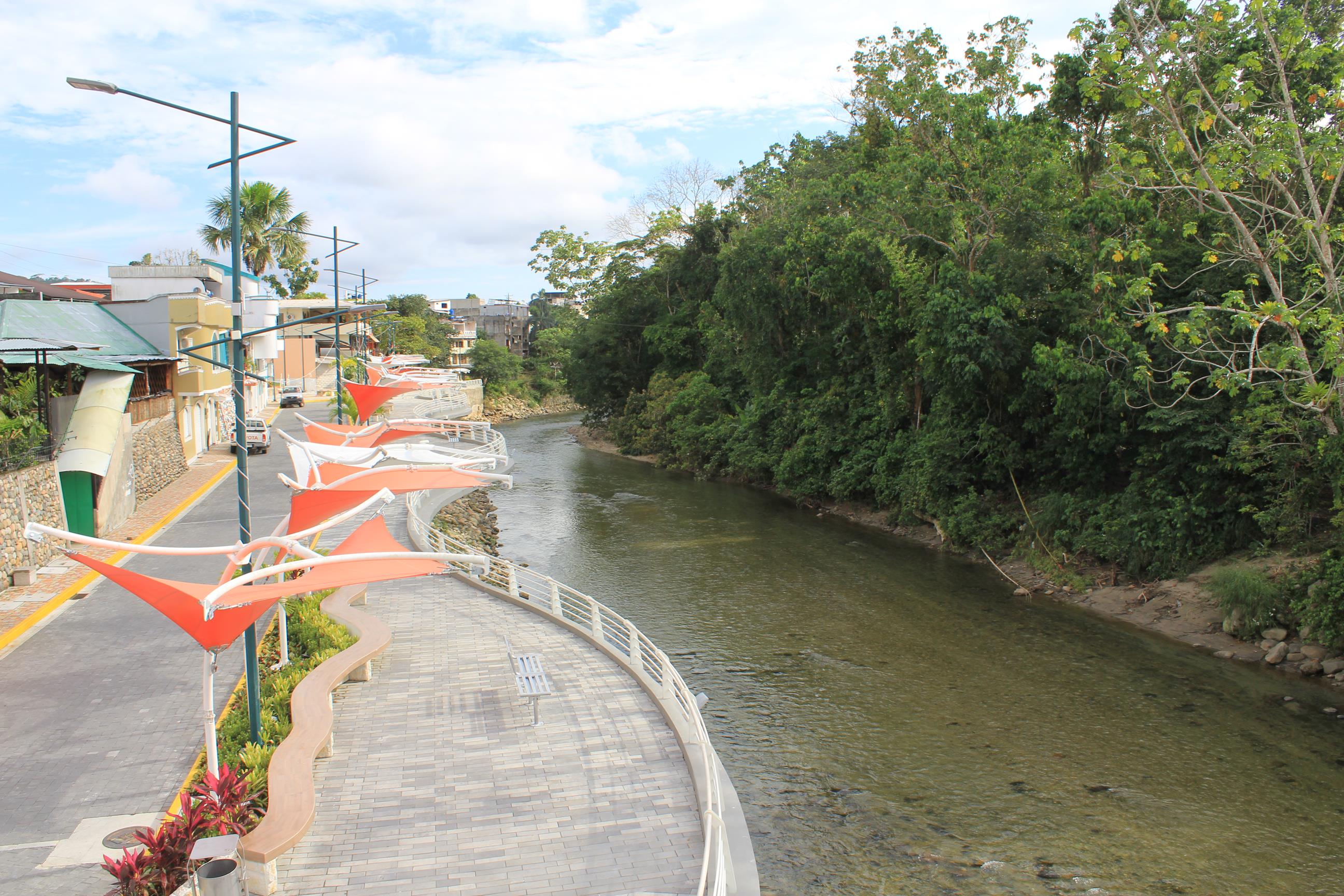 Unfortunately, there are not a lot of sights in the city. Mainly the “La Isla Park”, which is located next to the new pedestrian bridge and the lookout tower. We met a male tapir there, that was somehow pleased a little too much about my pats and extended his fifth leg. I fled immediately, but the animal didn’t want to stop and sprinted after me – a funny moment. If it wasn’t for something on its pawn, I would probably have become the victim of a lovelorn tapir. The seemingly cumbersome animals can obviously run a lot faster than I would have thought is possible! Otherwise, the park offers some nice opportunities for photography and is very good for switching off. We spent a few hours strolling the paths. The selection of plants and bird species is simply overwhelming. 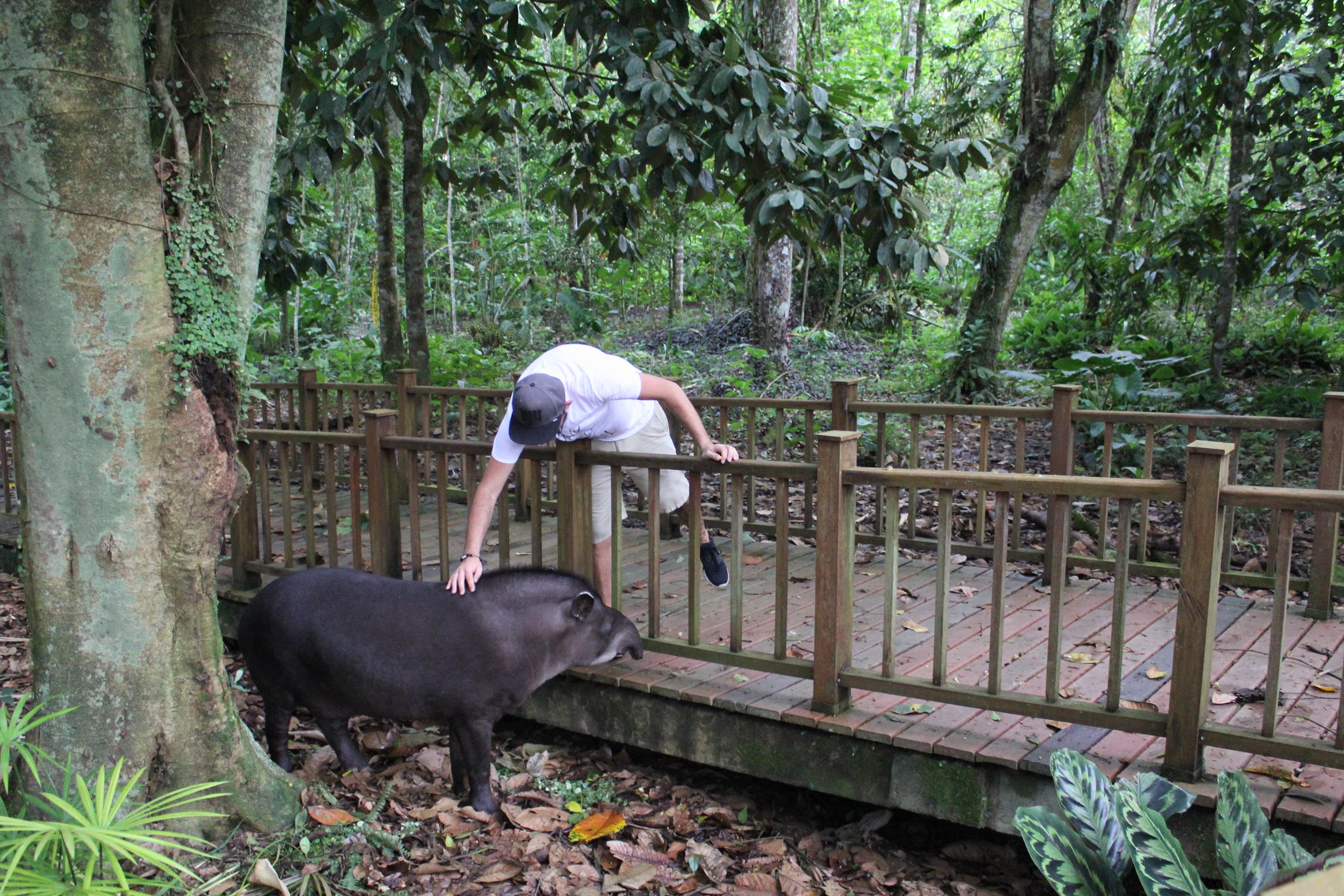 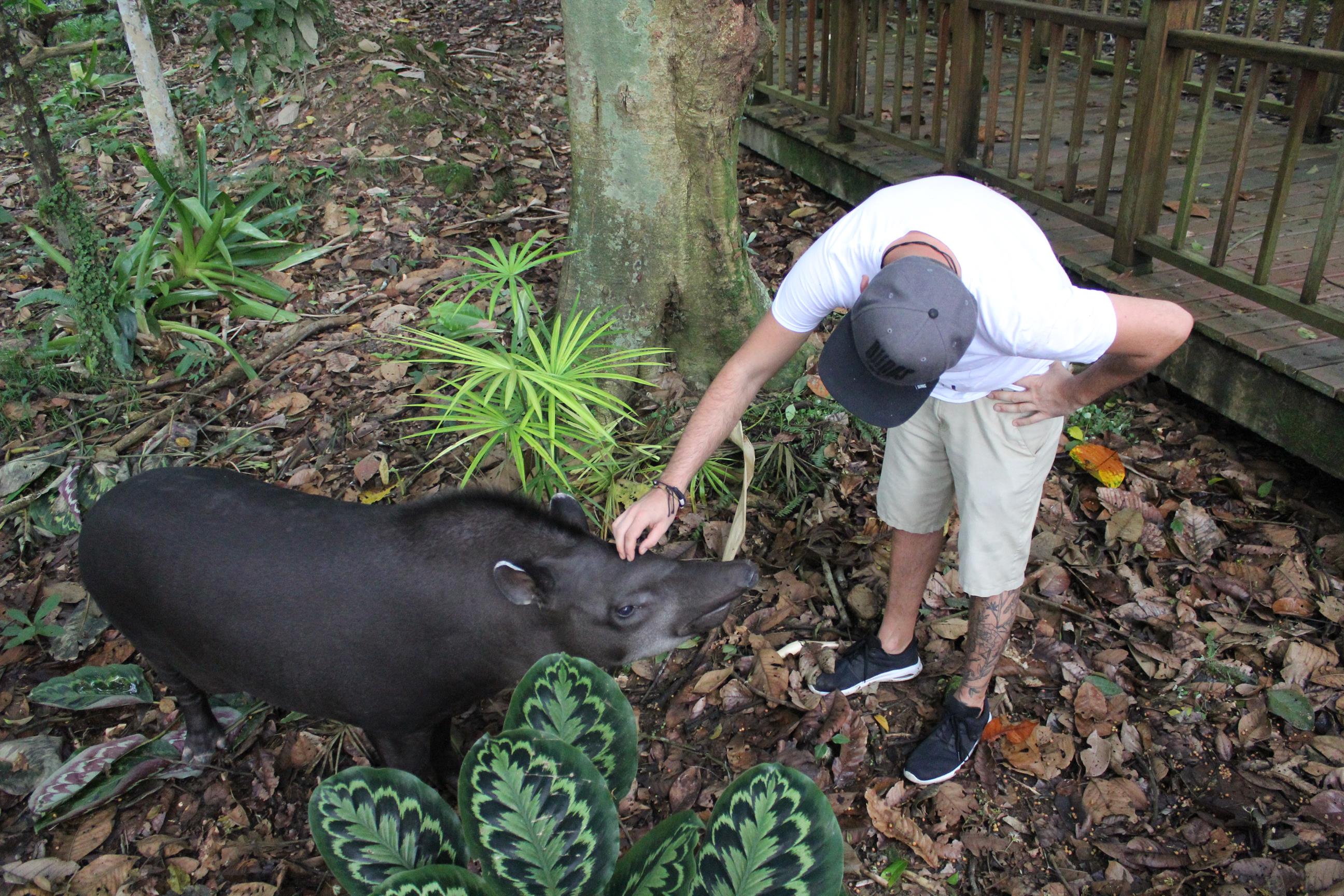 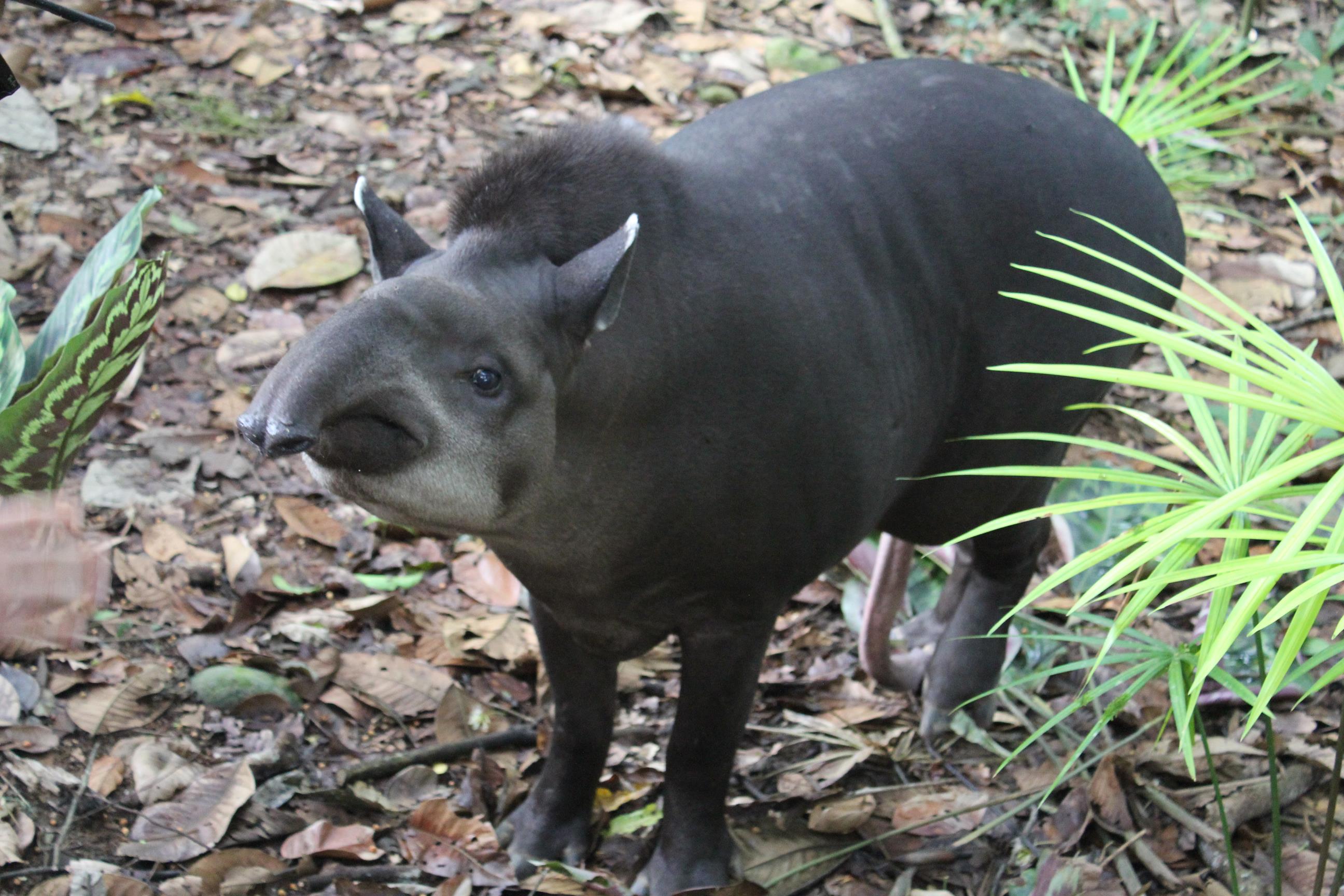 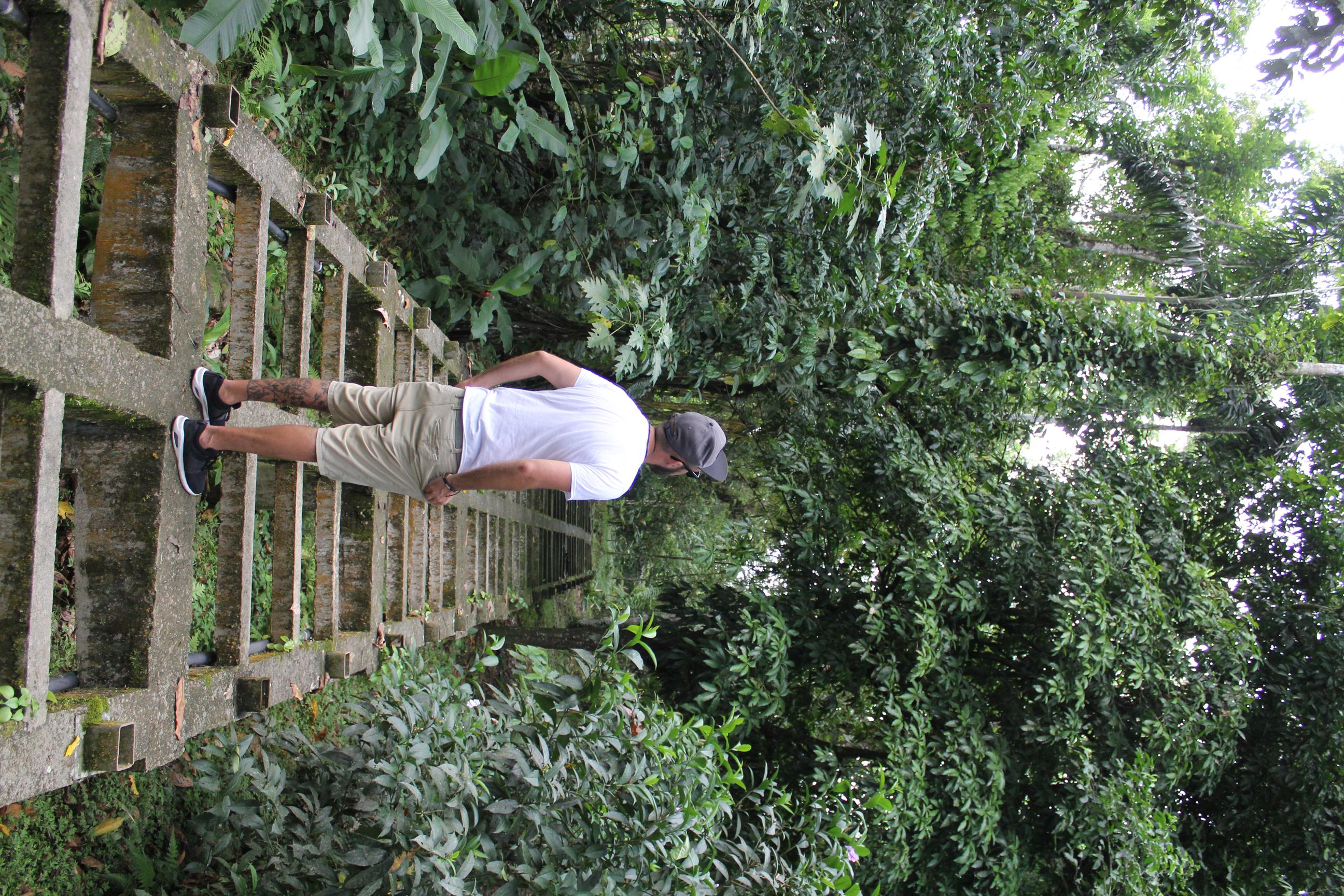 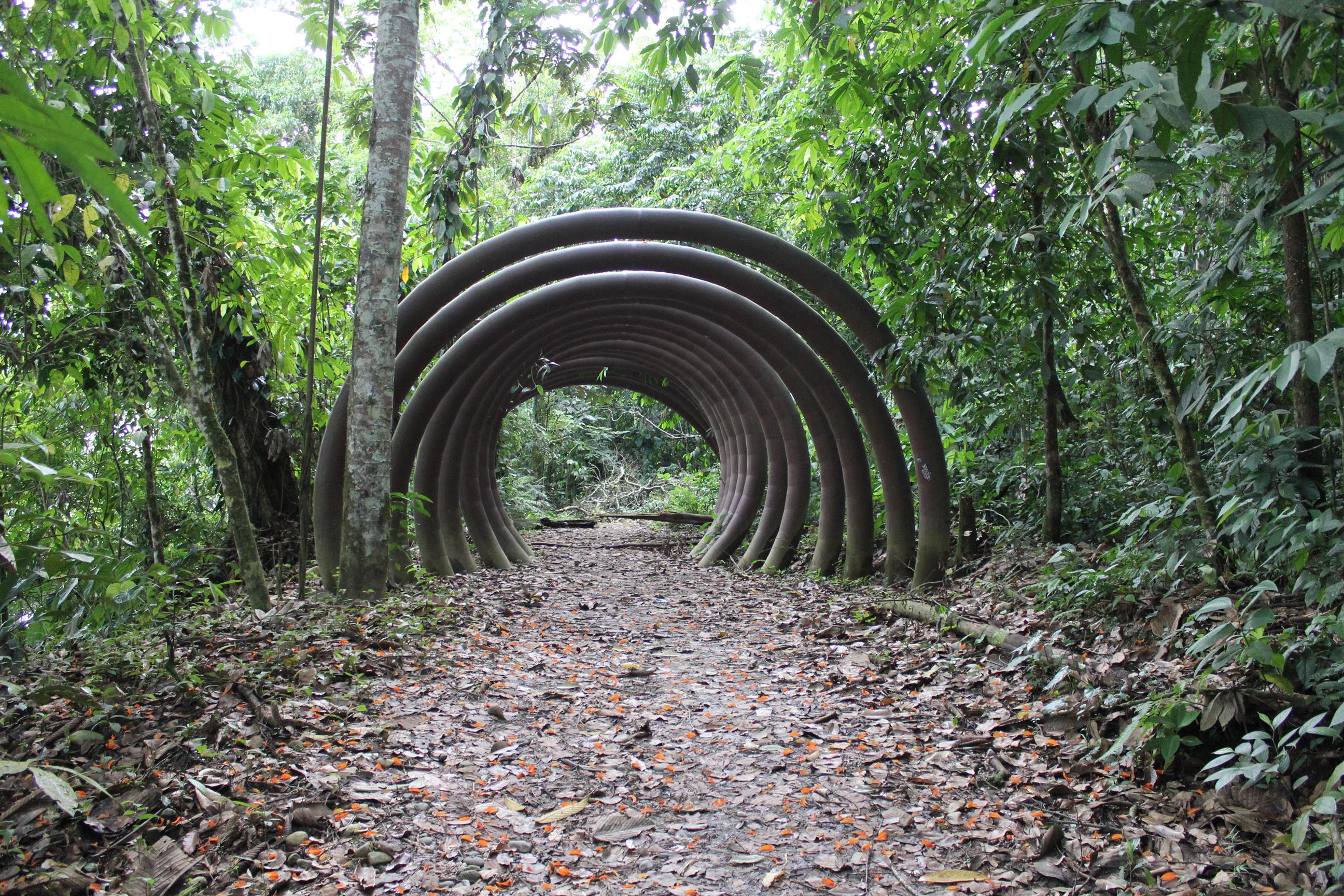 A trip to the Amazon…

The best view of our tour 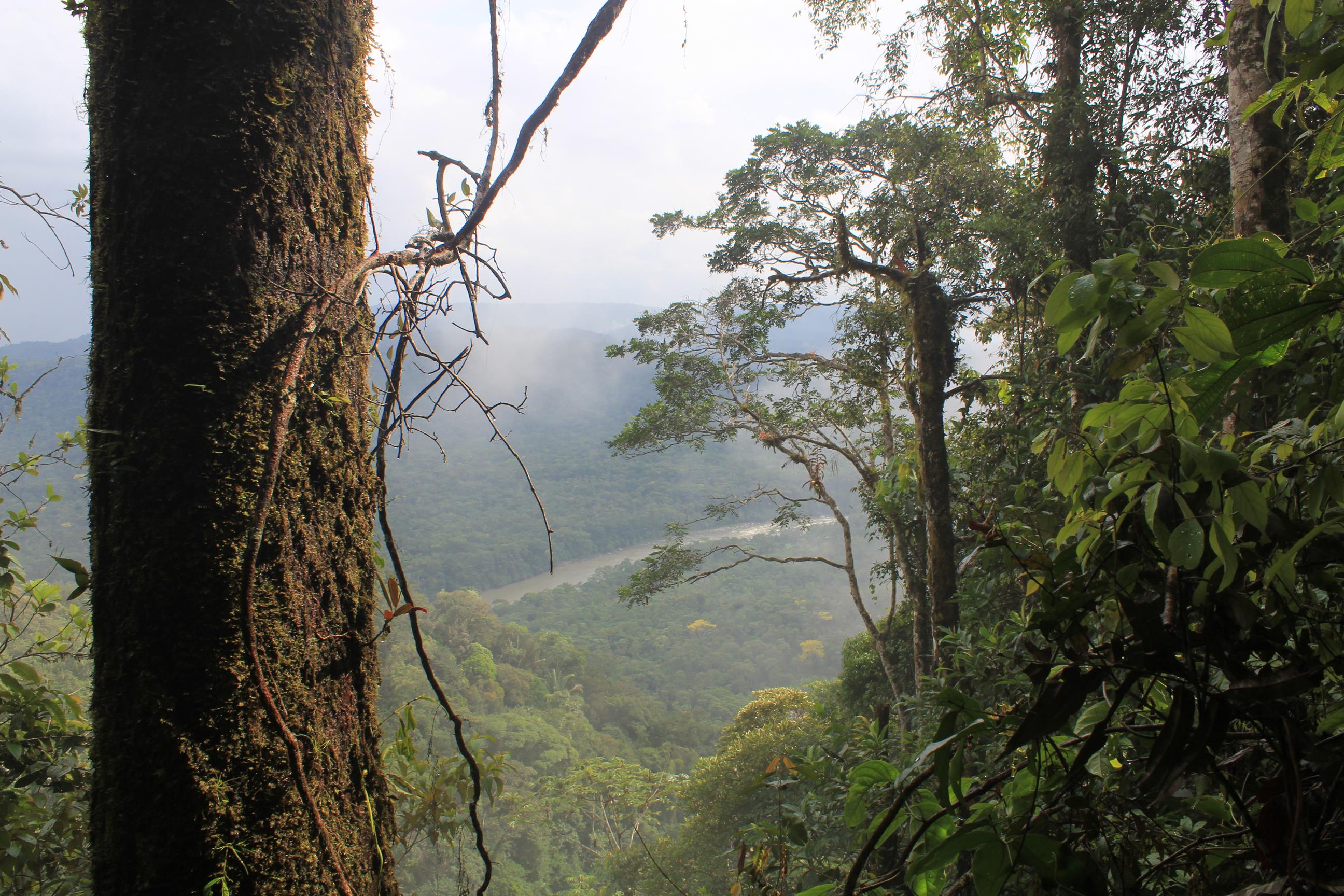 From the above mentioned tours we booked a one-day trip: Hike to 3 waterfalls and out of the primeval forest again. Wellington boots, food and drinks were included in the 50 USD per person package. We started in the late morning, were dropped of in a small resort and then went into the jungle. However, we had both seriously underestimated our way through the Amazon. Instead of the nice walk we had been expecting, we went upstream, over borderline ladders, narrow and slippery ledges and up some waterfalls with ropes, deeper into the jungle. When booking, we signed that we had a “moderate state of health“ – now I understood why. As a reward for our efforts, we were able to cool off in natural pools and drink the spring water.

A slice from a tree used as decoration 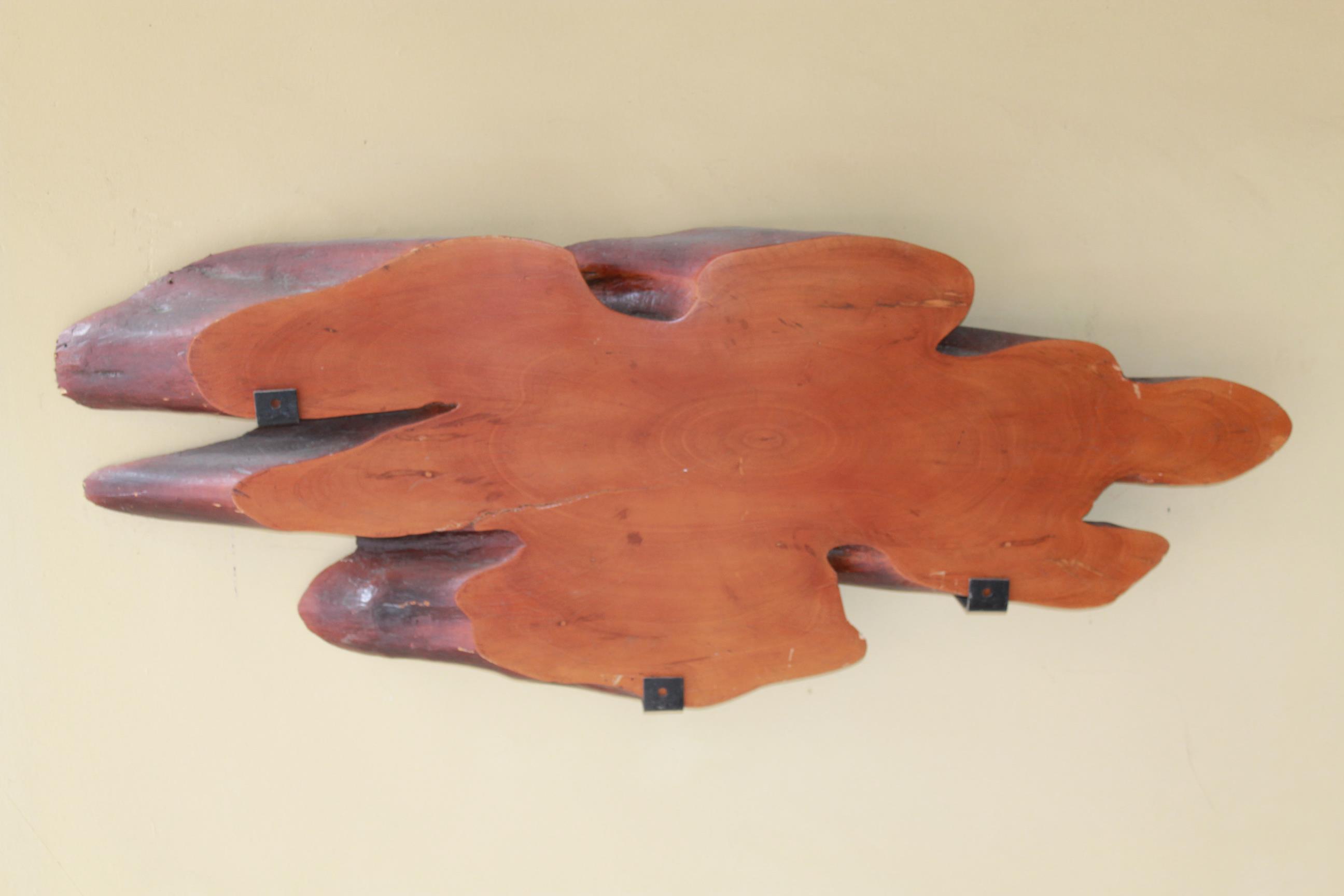 … and ants for snacks

After we reached the last waterfall and had lunch, we went up a steep mountain next to the waterfall and through the middle of the thicket of plants to the meeting point. On our way the guide stopped over and over and explained the fauna, plants and wildlife. We got ants to eat, which we literally sucked from the stem of a leaf. The weird thing is, they taste like lemon. The name of the ant: Lemon Ant. Even weirder: The crawling between the teeth. It will probably take a while to still your hunger on ants, but they taste much better than expected and have a refreshing effect!

A waterfall we climbed 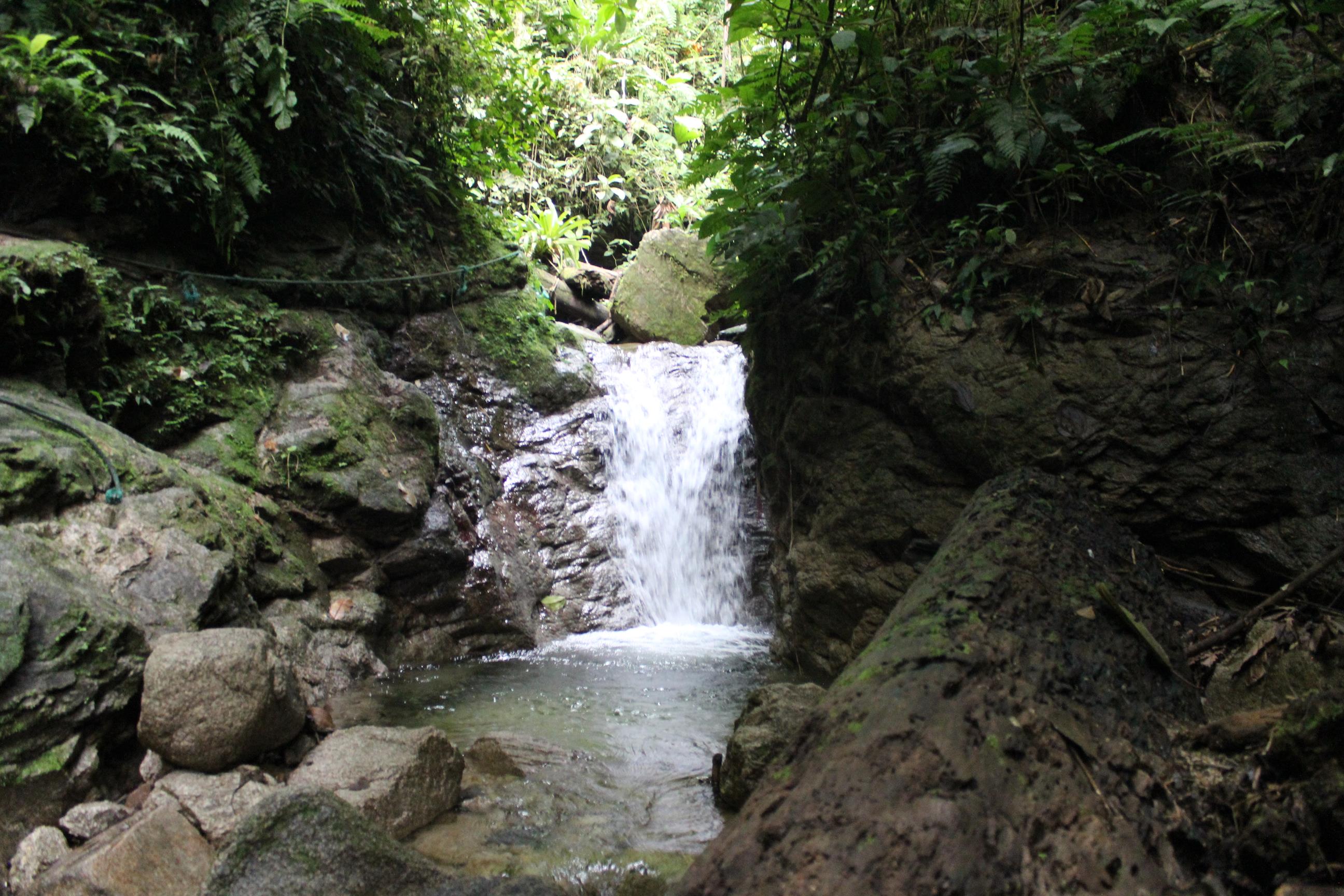 The way through the jungle was anything but easy and I once again remembered the “moderate state of health”. I would really recommend a tour only to people who are physically at least halfway fit. We often climbed slippery slopes, where a wrong step would end in a deep fall. I also think not everybody is able to climb up the waterfalls or cross some “natural bridges”. By the way, with the moderate state of health you also sign, that you could hurt yourself in the jungle and are difficult to reach. 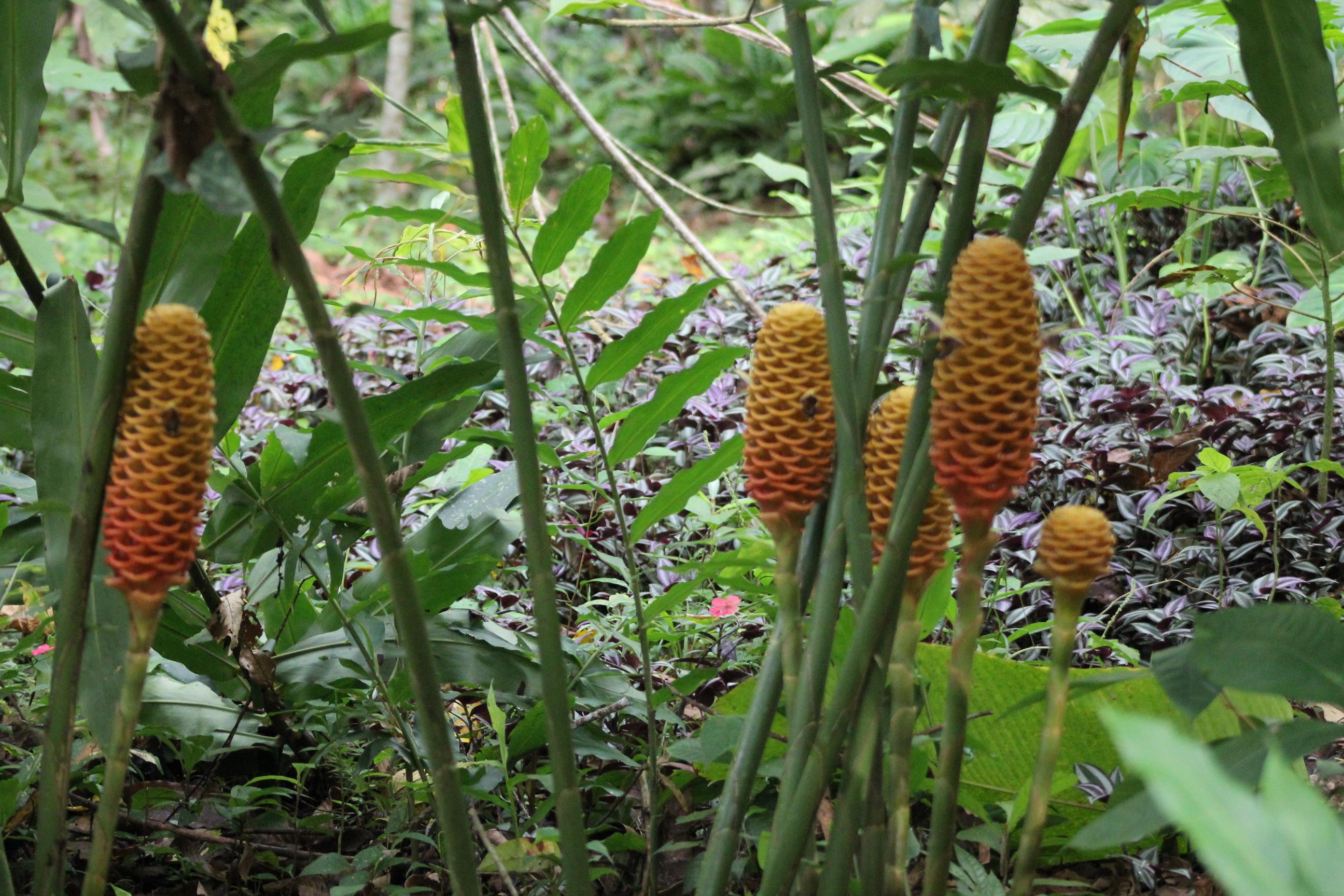 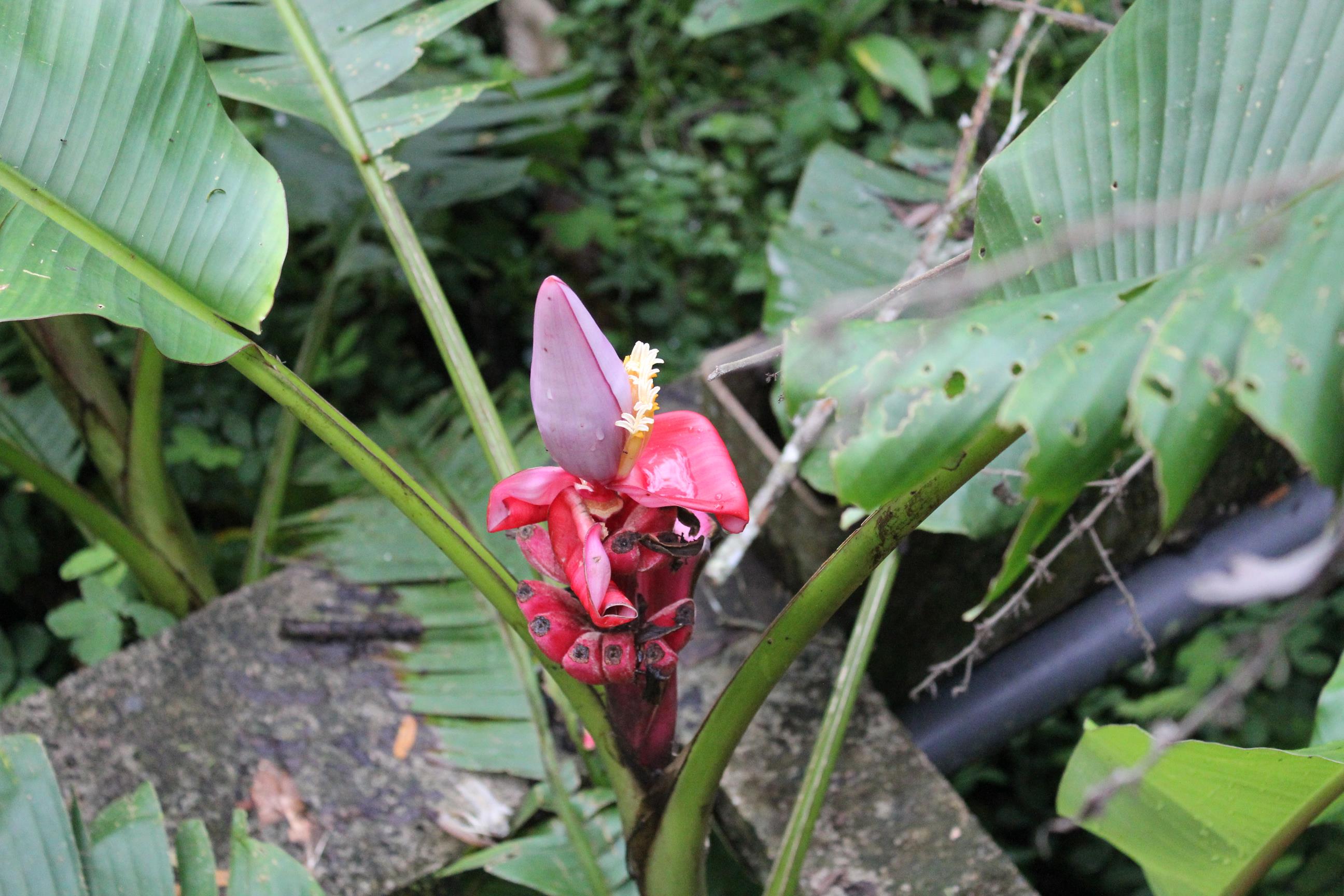 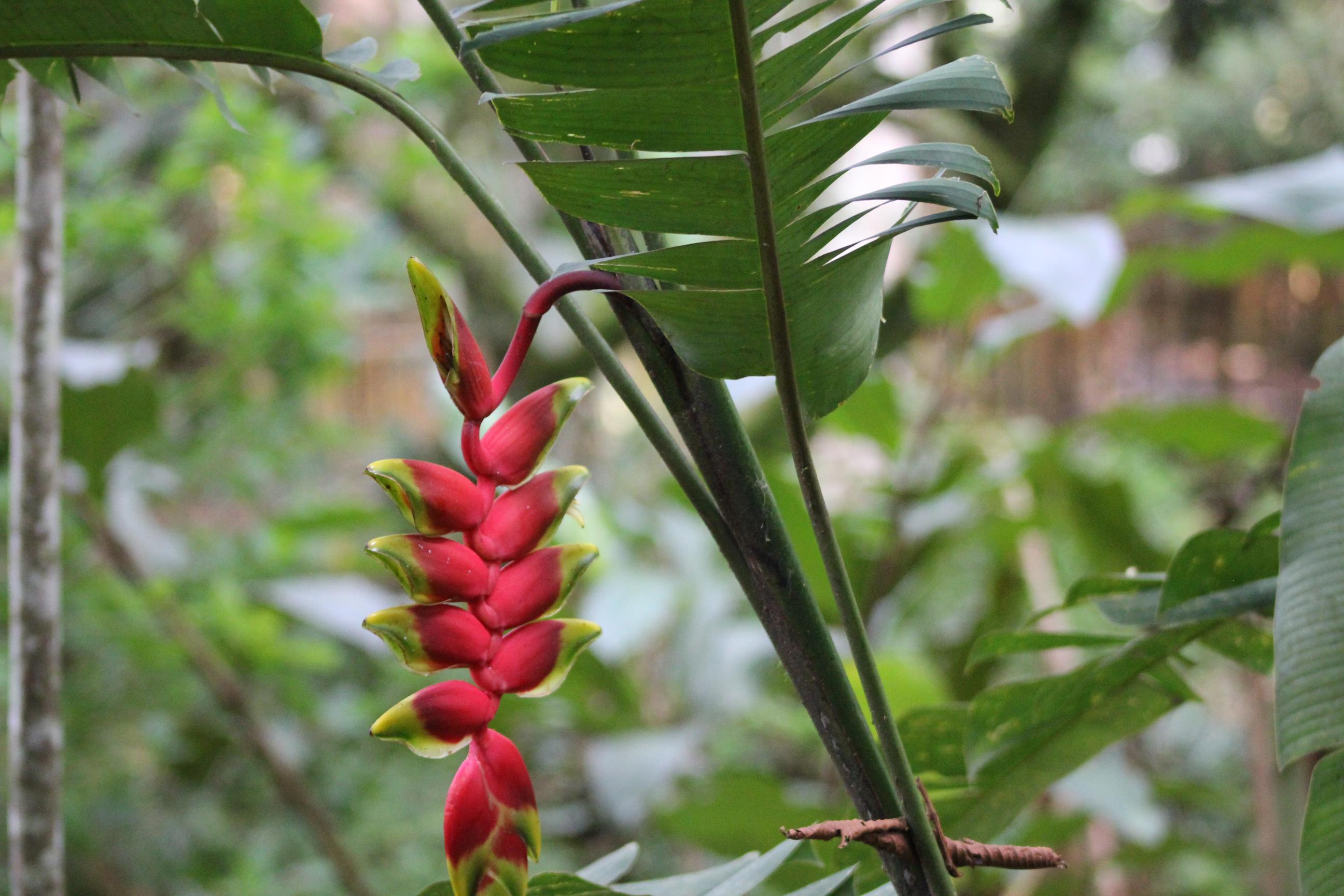 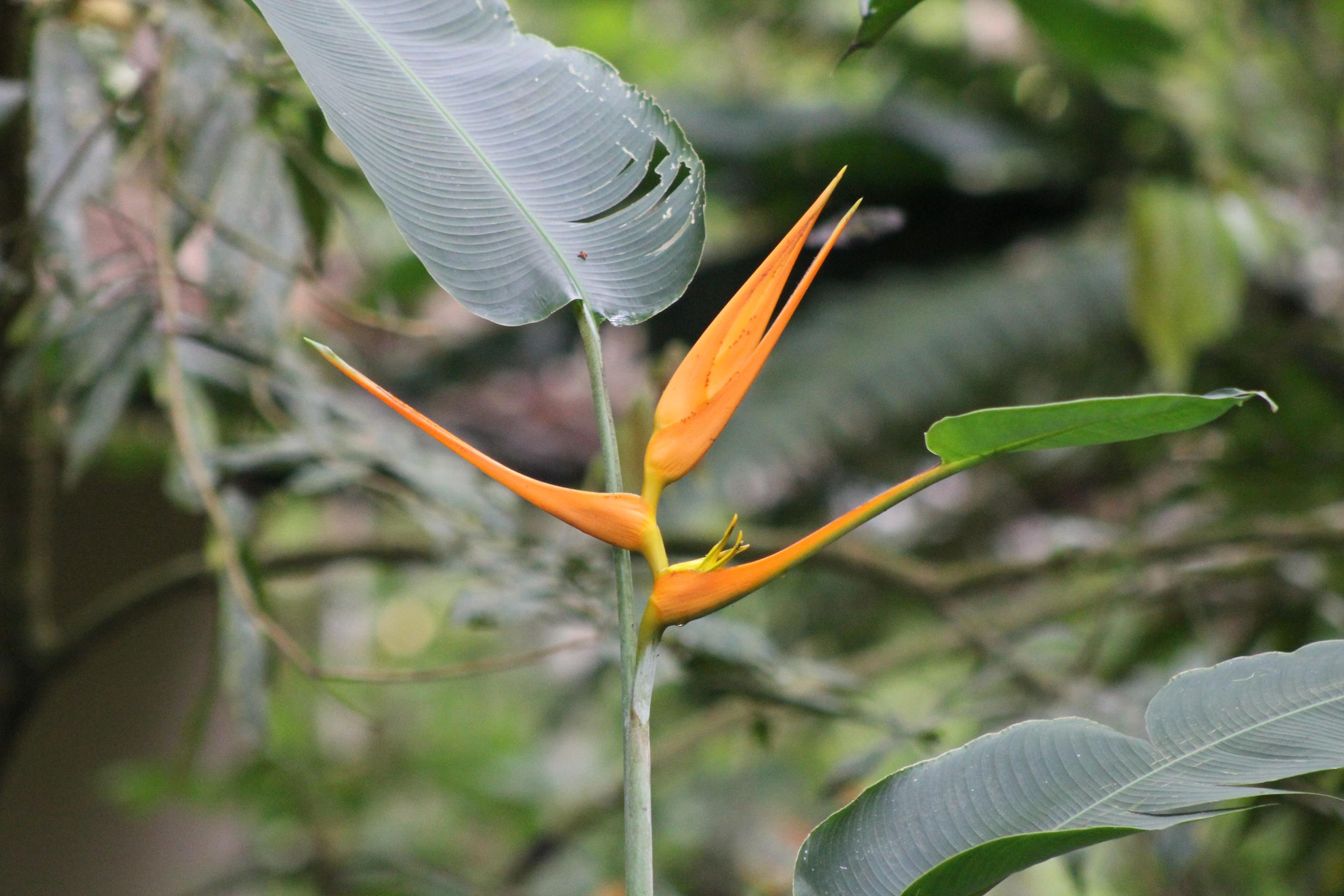 The view from the observation tower 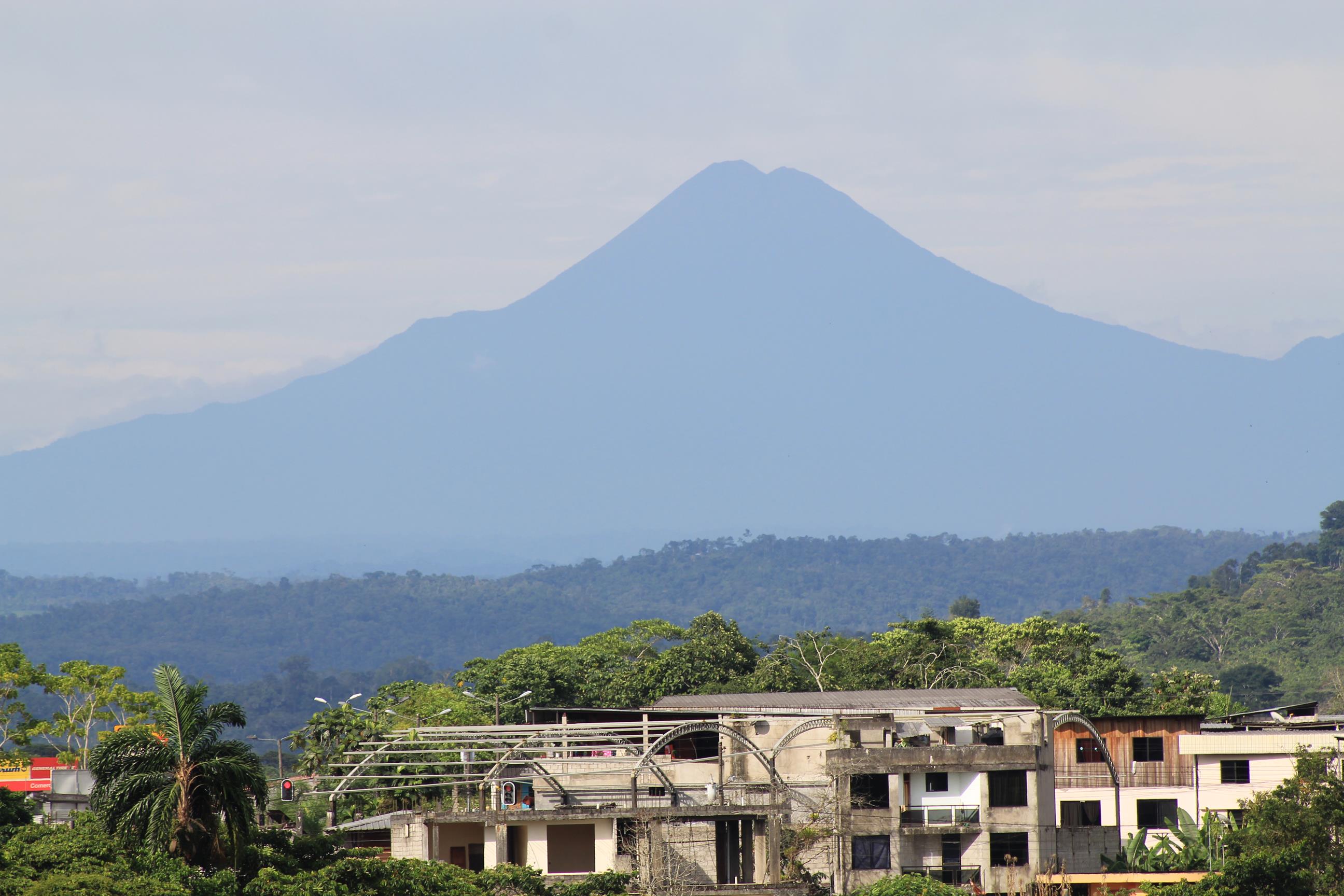 After about 5 hours we came back to the road, both delighted. The first hours in the water had been fun, but the way back was rather unspectacular. Nevertheless, I would join the tour again – but show up in bathing shorts and only take the bare essentials. We had a backpack with us, which bothered enormously while climbing.

Tes in a good mood 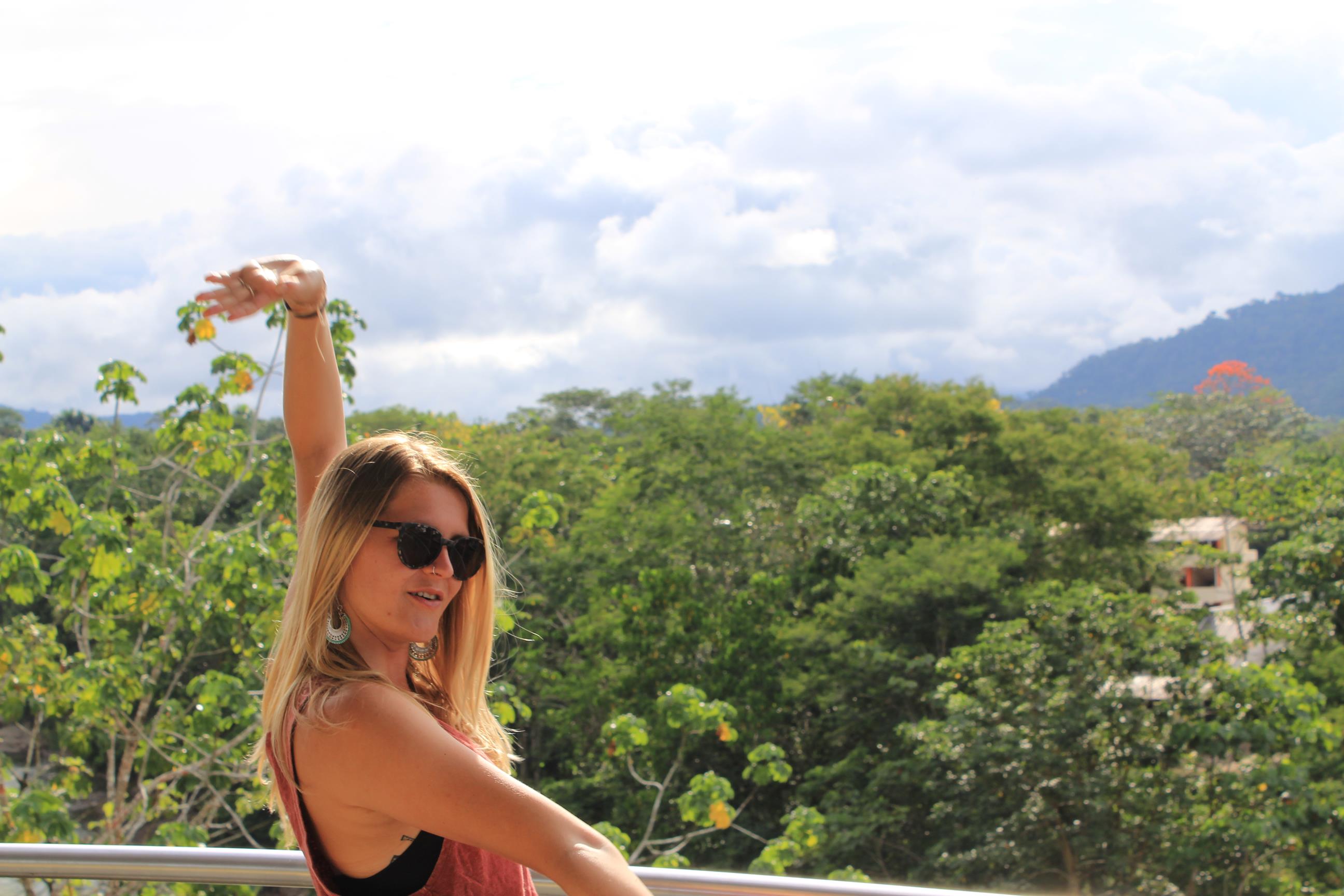 After Tena, we took the bus to Papallacta – my favorite. What’s special, you ask? I’ll tell you, in my next post.